The creation of the “Russian Subway” set definitely yielded my favorite outcome for backgrounds in RUS407 animations. After getting comfortable with set building within Adobe Animate, I wanted to experiment with incorporating hand drawn illustrations with pen, watercolor, and paper into the program as the set design. First I drew the tunnel itself. From my research I saw that many Russian subway tunnels have large archways with ornate designs and big, expansive entrances, which I tried to incorporate in my drawings. After completing the hand drawn picture, I scanned the image into the computer and touched it up in Photoshop, adding shading and contrast to create more depth. Here is a before and after comparison of the original untouched image scan and after I finished touching it up in Photoshop: 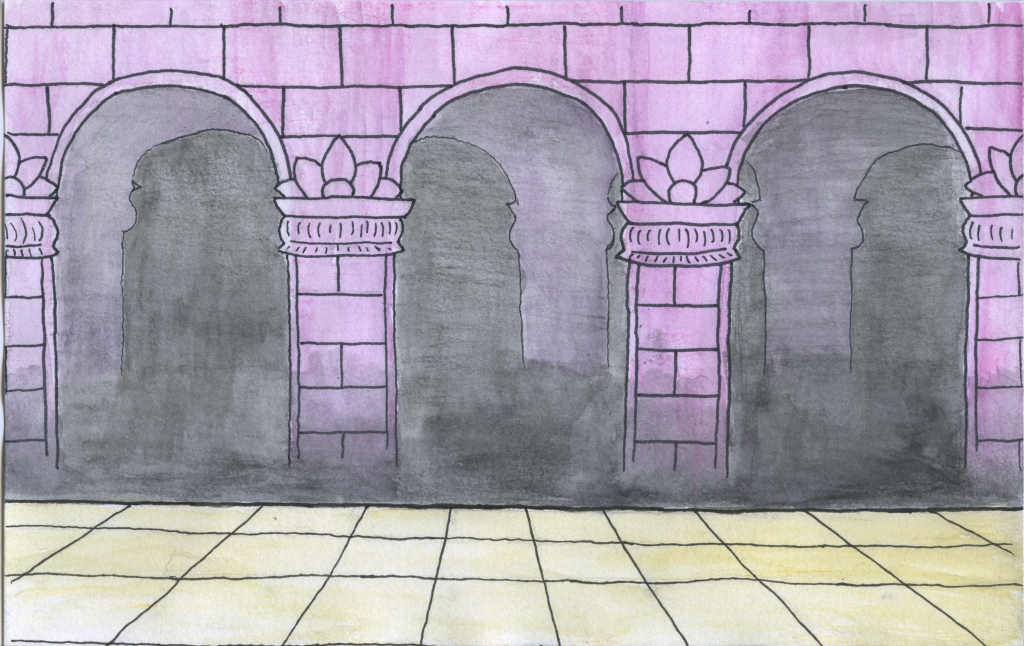 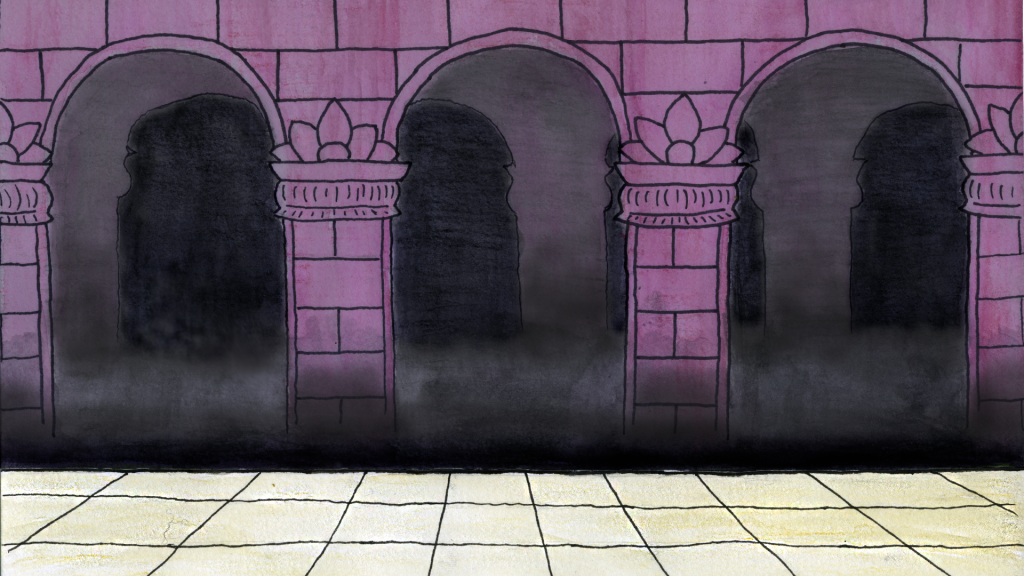 After completing this, I exported the image (with the walkway and the back arches on two separate layer) and imported into Adobe Animate and was able to easily add a subway train and some characters: 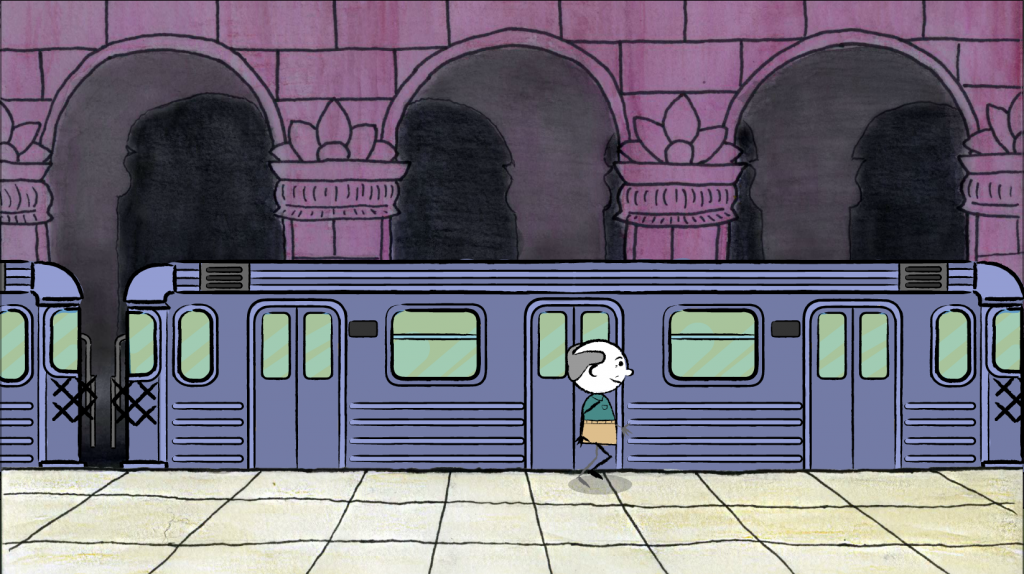 I then followed a very similar process for creating the Interior of the Subway station entrance. With this illustration, I wanted it to have the same feel as the “Tunnel” illustration, but I also wanted the space to feel more expansive and to play with depth more. Here is the before and after of touching up the image in Photoshop: 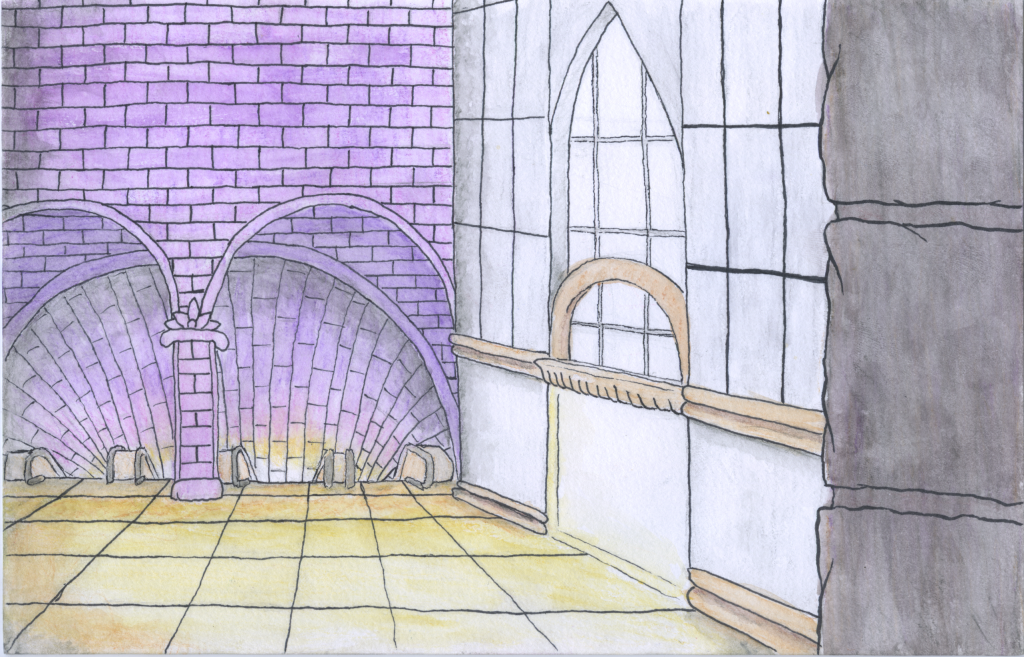 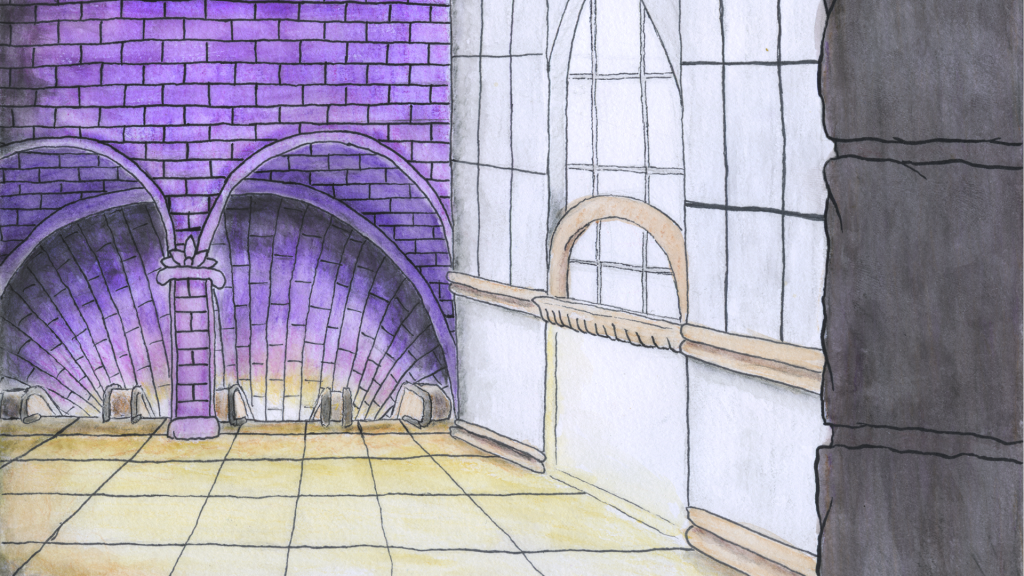 And after I uploaded the image into Adobe Animate, added details and my character: 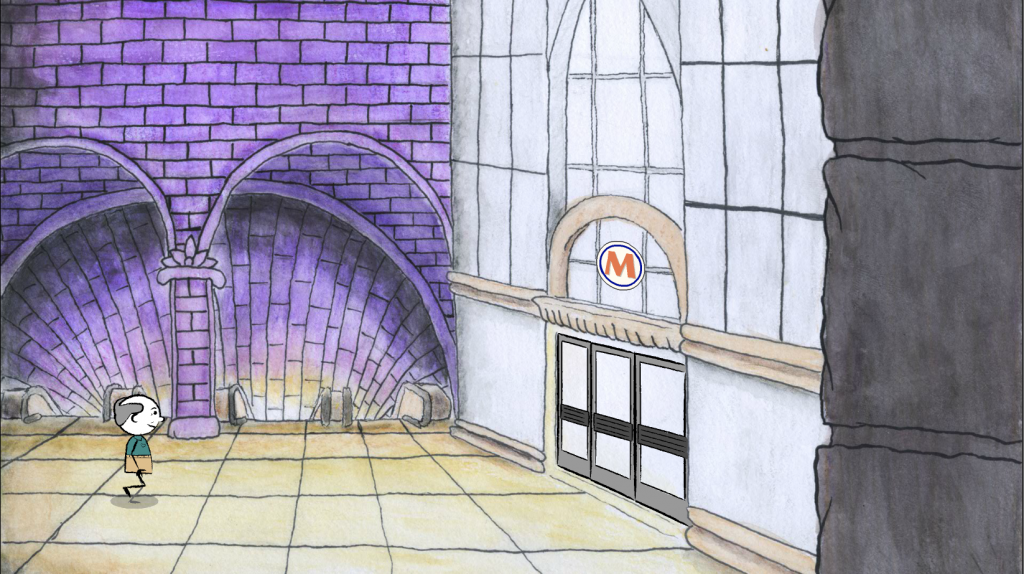 Finally, since I wasn’t entirely sure if these hand drawn backgrounds would match the rest of the backgrounds, I decided for the exterior of the “Subway Entrance”, that I would create this digitally in the animation program, just matching the hand drawn illustration as best as I could: 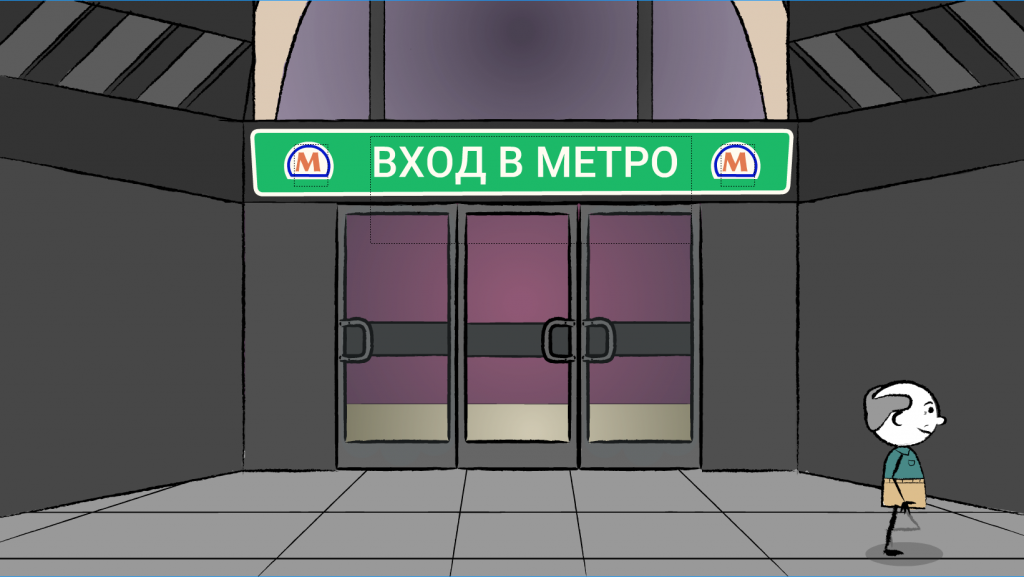 I ultimately LOVE the feel the hand drawn backgrounds provide, and would be very interested in continuing this style in future animations.