My current task: Create variants of the animated turtles Tate has already made

Currently, the turtles Tate sent me look like this: 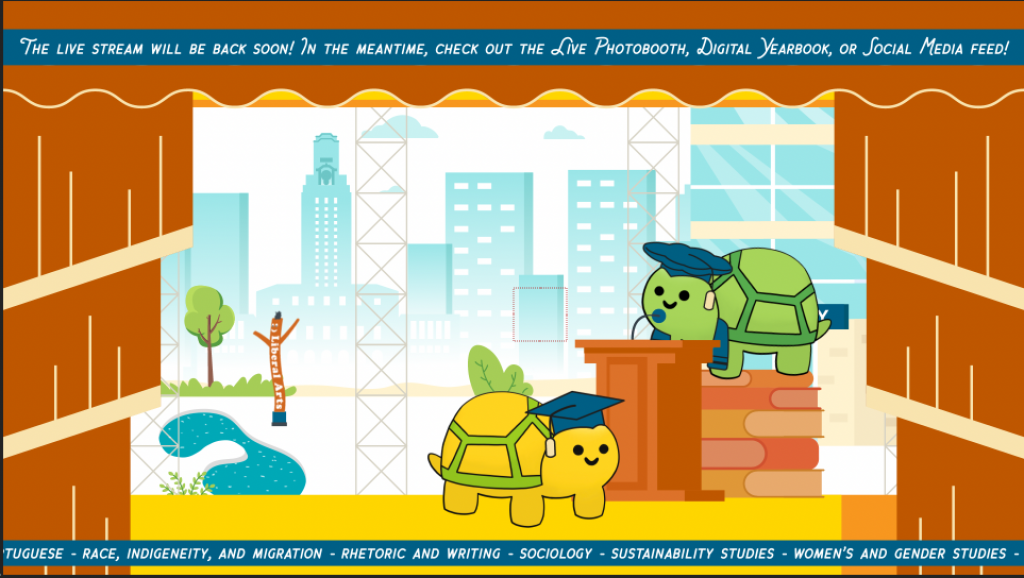 The goal of my work was to create some variations on these designs – e.g. with hair, glasses, hjabs, accessories, etc. that could personalize the turtles a bit. We didn’t want to have them be stereotypical – such as jocks, nerds, etc. – but more just representative of the student body at UT. The first turtle I was assigned to create variants for was the pink turtle.

I first drafted up two ideas in procreate over screenshots of the turtles: 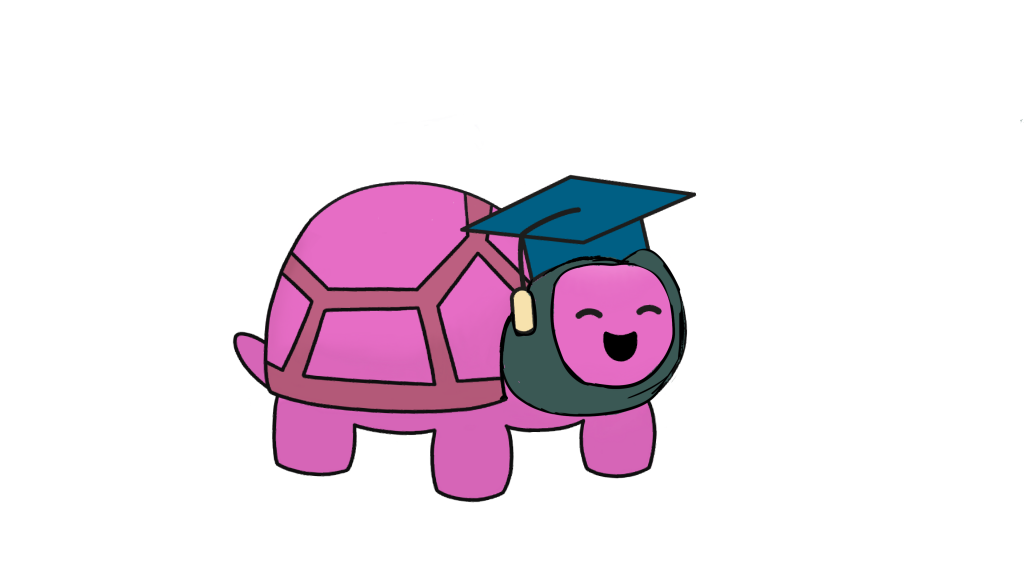 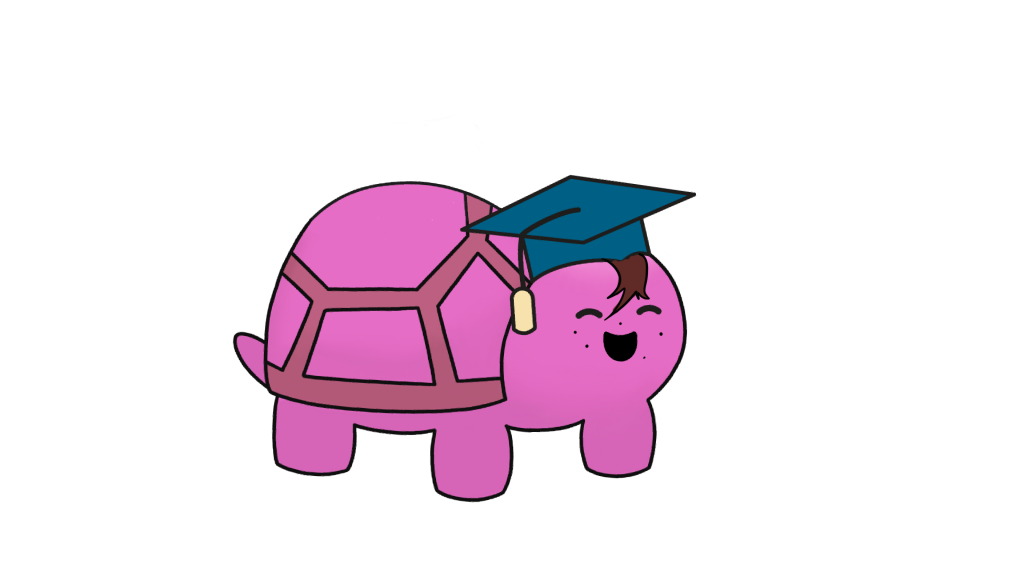 It was a lot of fun to see how to place the designs on the characters. For the hjab, I played around with having it go all the way to the turtle legs, before deciding it made more sense for it just to wrap around its head.

Once these got approved, I went in and made them in illustrator. I soon realized that while these designs are simple, the way I did the lines on the sketch was still a bit too complex for the art style – and the pen curve tool in illustrator. Especially for the first one, I had to cut down on some of the details in order for the hjab to actually register as a hjab. Eventually, they looked like this: 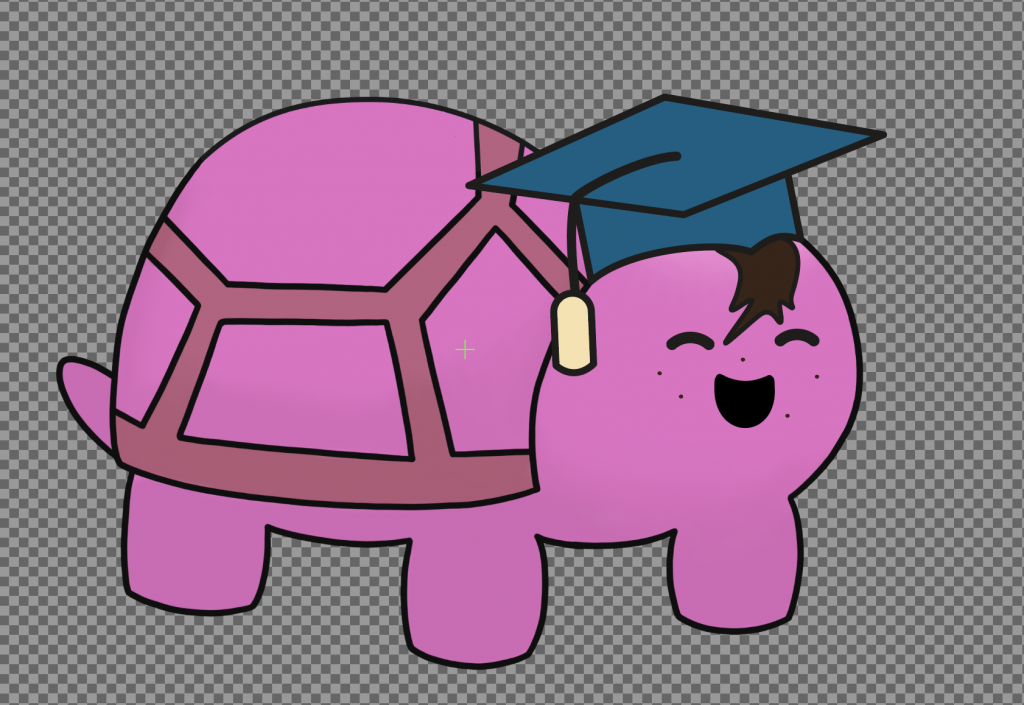 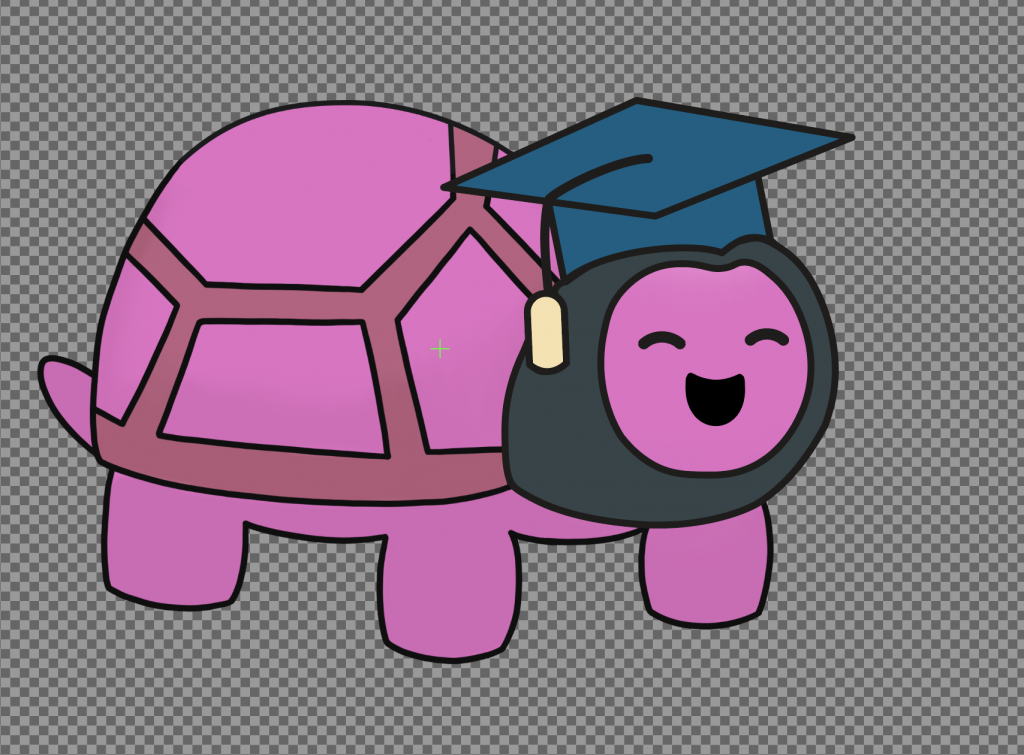 Once I got this approved, I inputted the first turtle into the after effects animation file to see how it would look. It turned out like this:

My next task will be to create some designs for the yellow turtle. I will update this as I make more!

Update – Here are some new designs I created today: 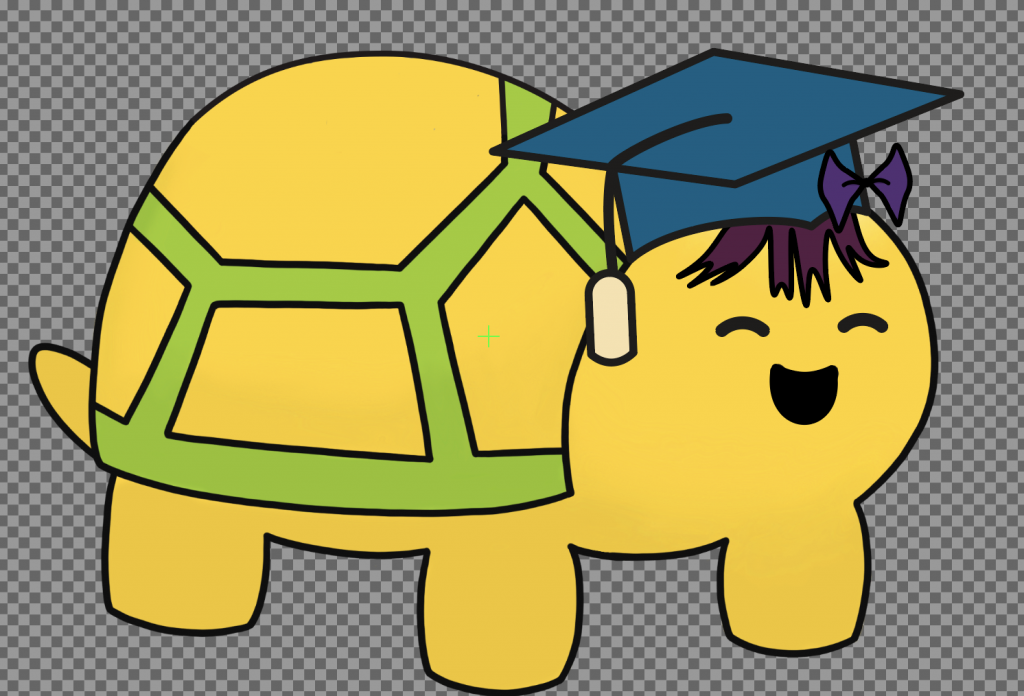 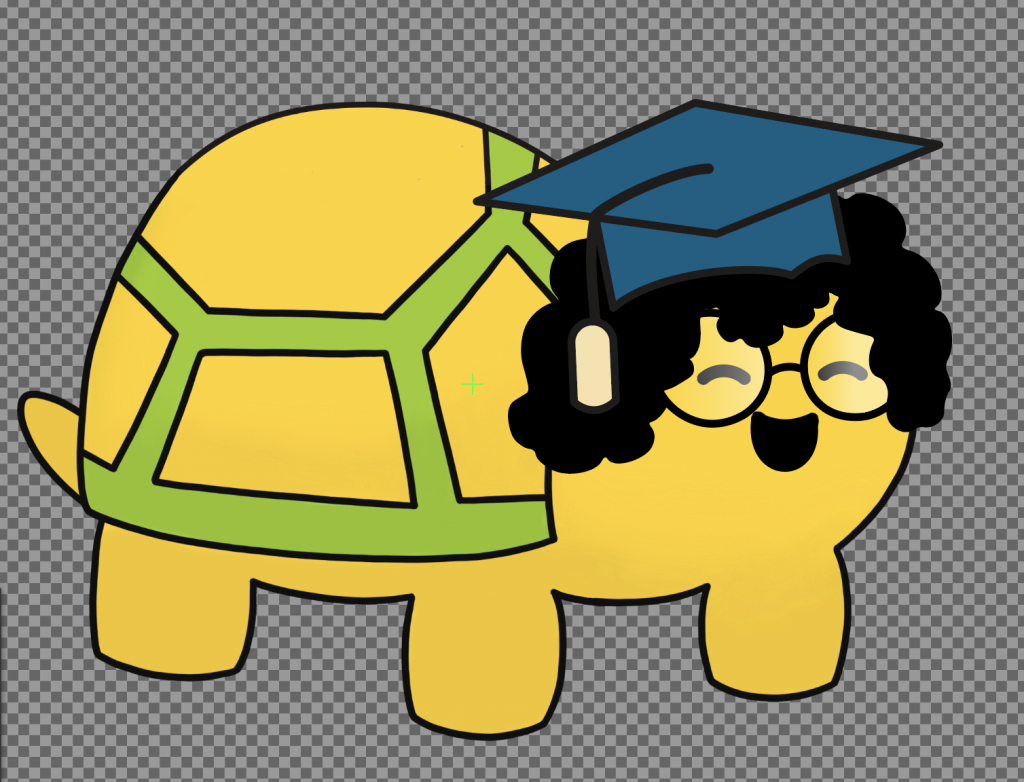 The other main project I worked on this past week is the course graphics for the SOC 344 course. This course is in style A and has no professor photo, so it was pretty straightforward to create it. The main thing I had to focus on here was making sure the title slides and canvas dashboard pages looked balance without the professor photo. Here’s how it ended up looking: 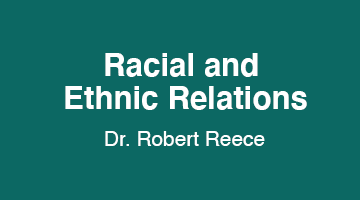 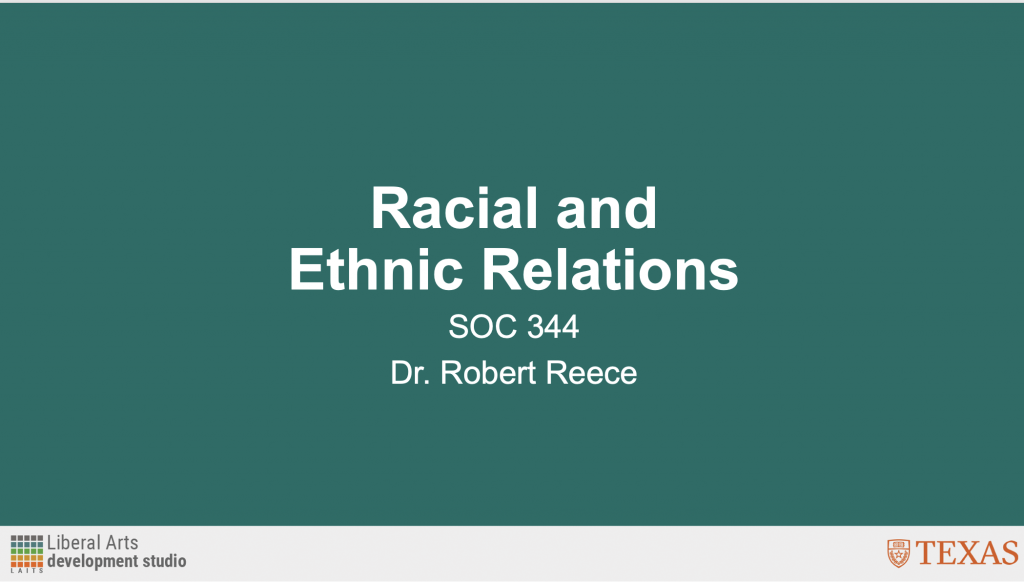 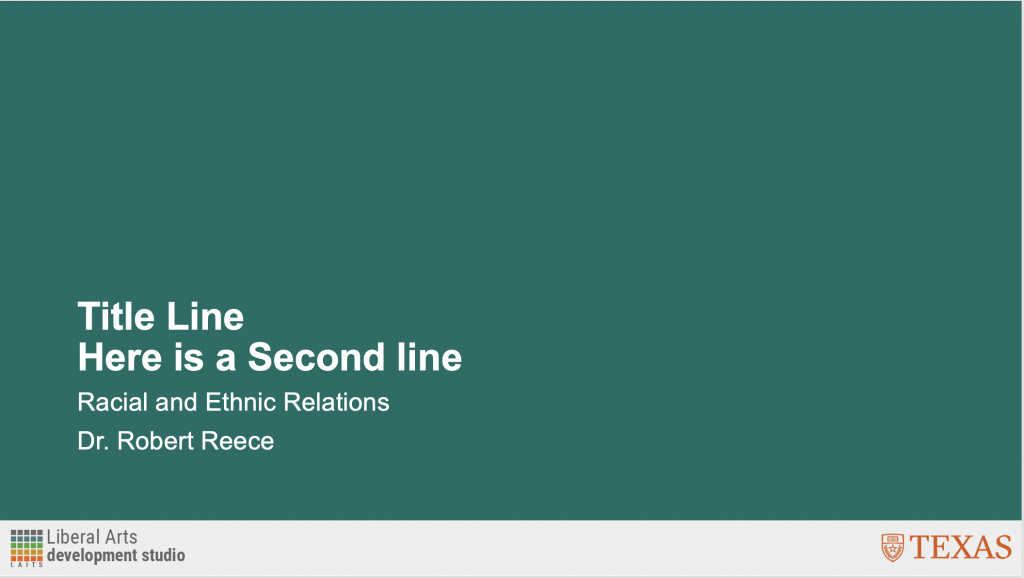 I really enjoy working on course graphics, and hope to work on some more in the future!

Finally, I’ve spent some of my down time working on this training I began in February. Currently, I am working on making some COLA-style icons in illustrator. Here are the ones I’ve made so far (I am going to update this later as I do more and get feedback.) 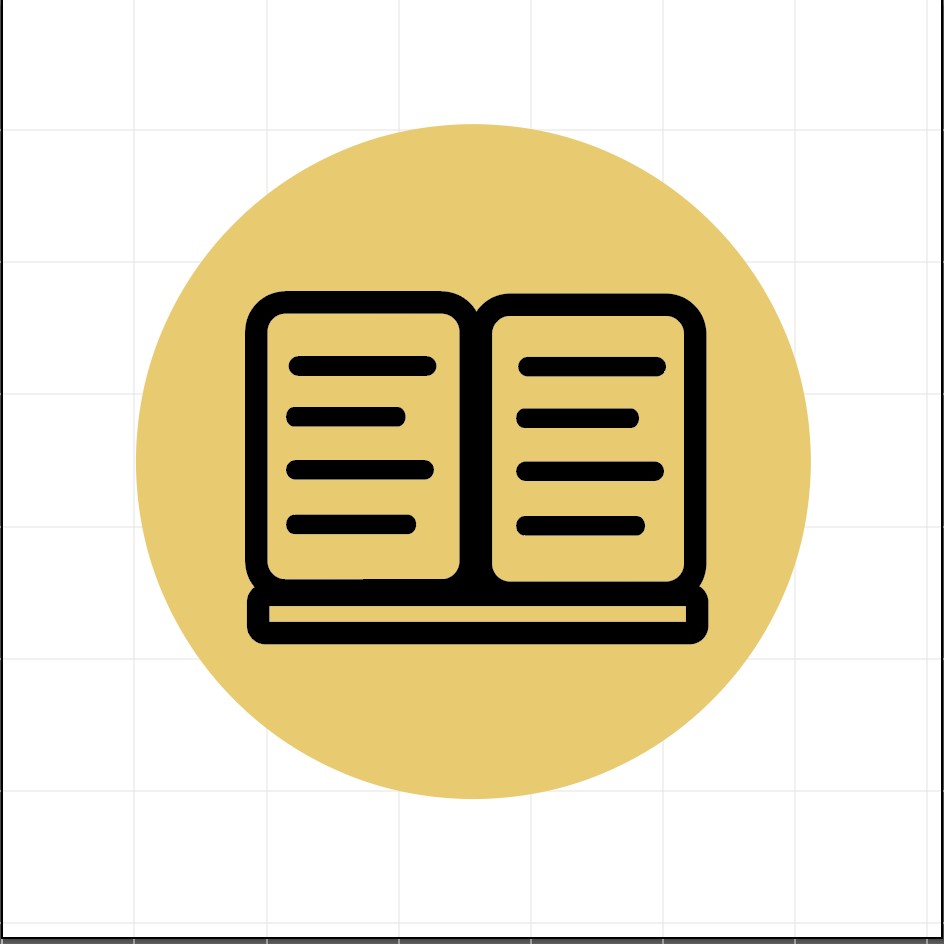 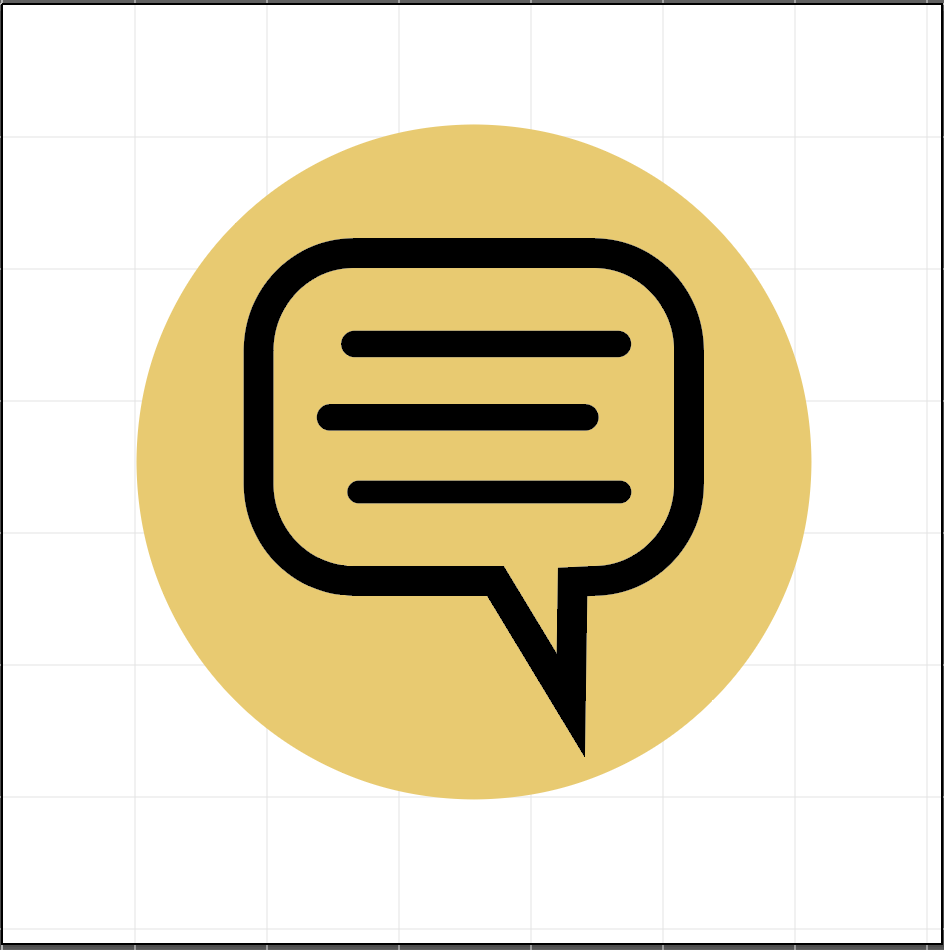 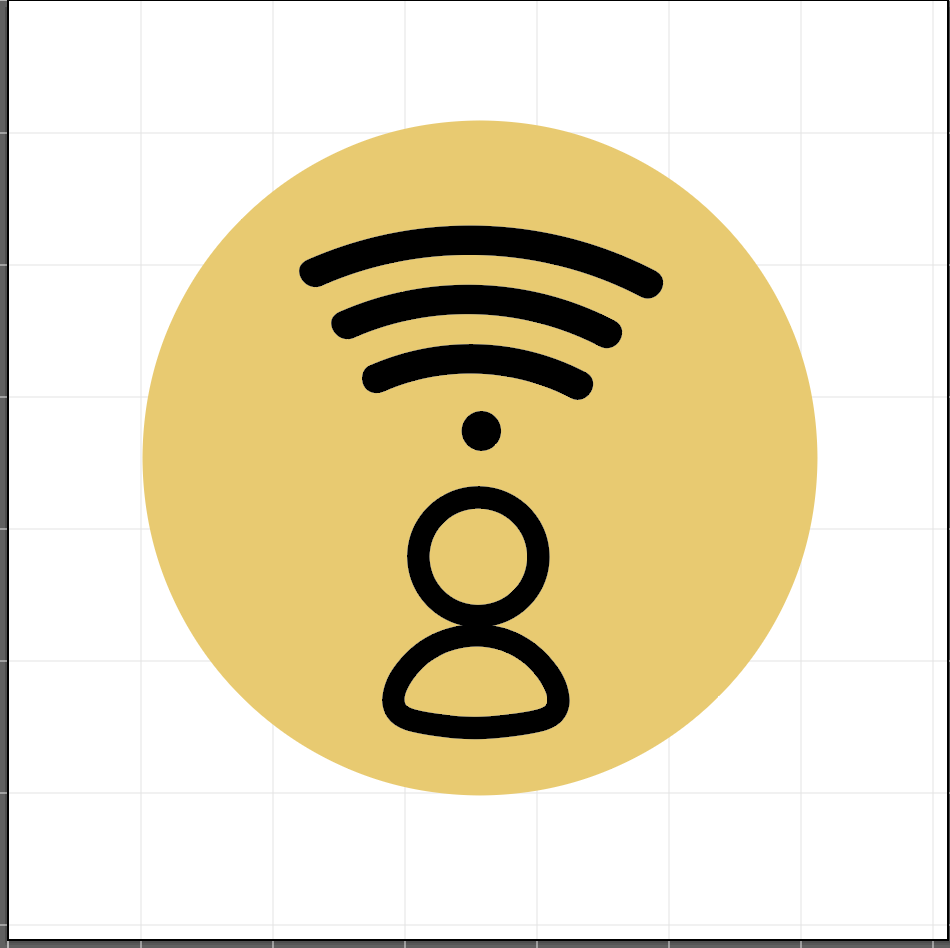