I’ve been mainly working on finishing up RUS407 illustrations these past few months!

Here’s my process for U10_4… I reused a background, placed the puppets, and changed the lighting. I roughly painted on boots, umbrellas, and Oleg’s poncho. I then quickly added rain to the scene. 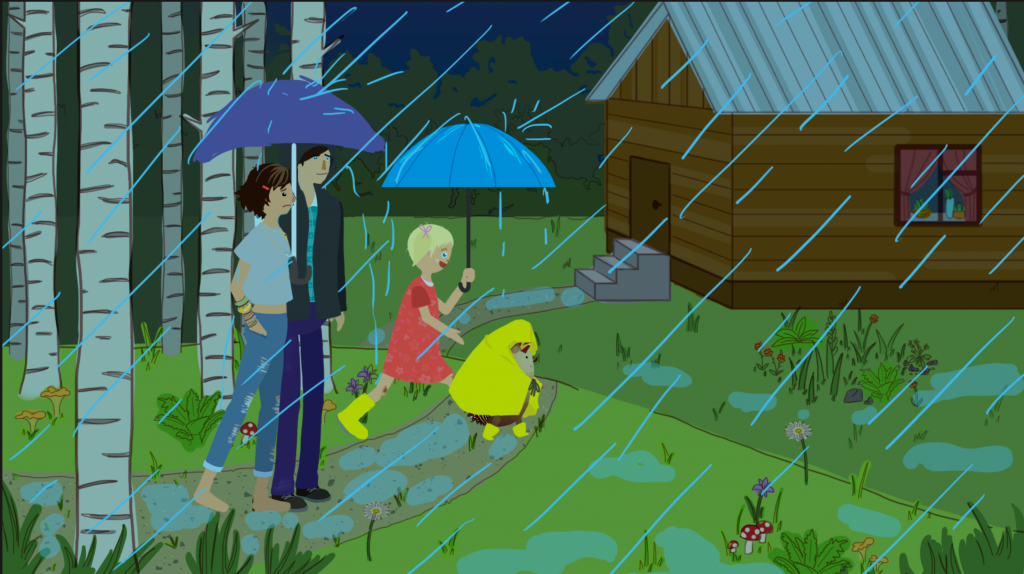 Did some polishing and adjusted the colors a bit after some suggestions from Suloni… Changed the rain from falling diagonal to falling straight down. 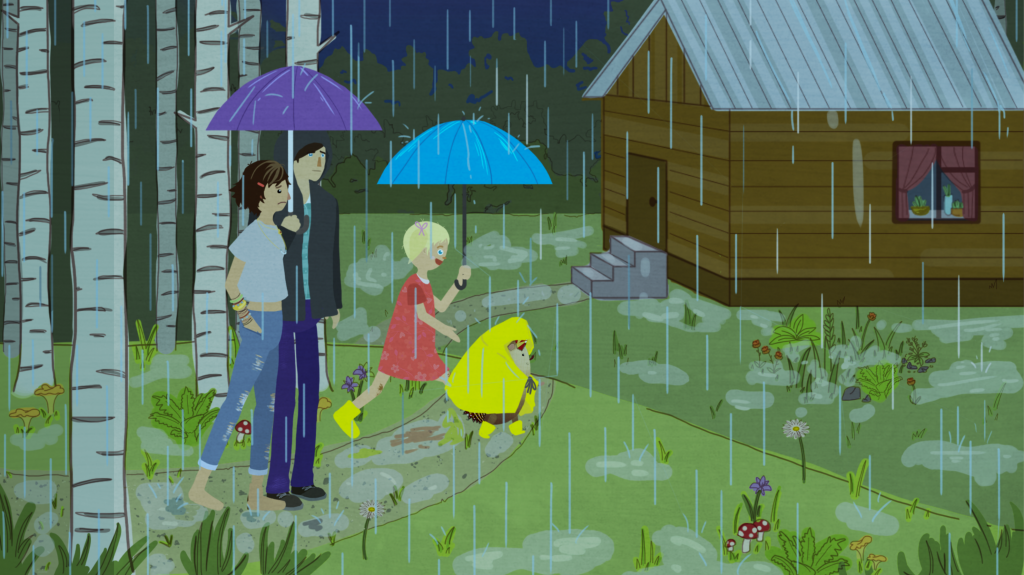 I didn’t really like how blue the scene was, so I got rid of the blue tint. I also played with the opacity of the rain a bit and finalized the illustration. 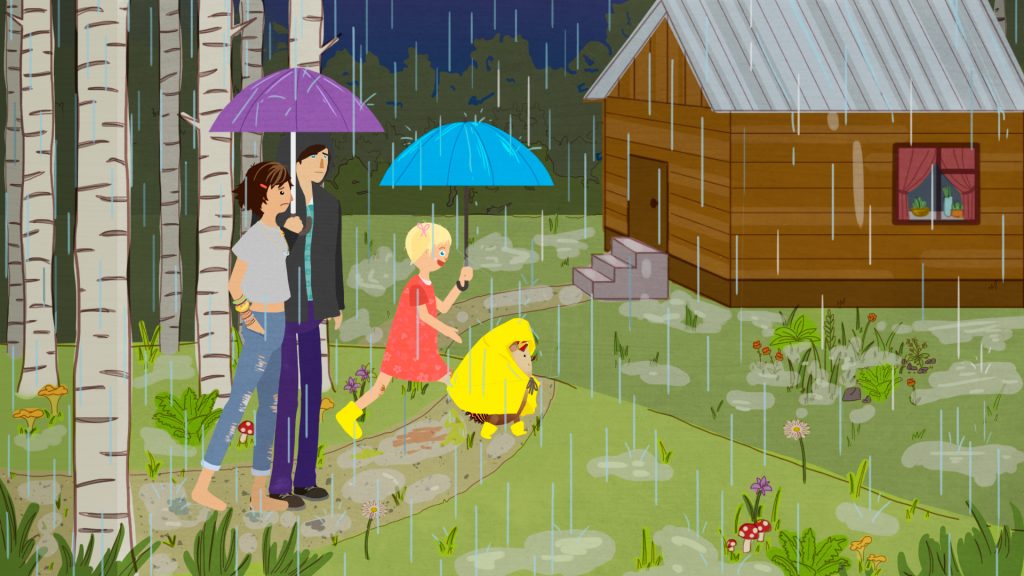 I also took it upon myself to color U10_5. This was a really fun scene to color! I tried to keep it accurate to the reference image and wanted to capture some of the subtle changes in color on the buildings. The buildings are pretty old, so some of the paint has been scraped off and have become discolored, so this was a fun illustration to color. 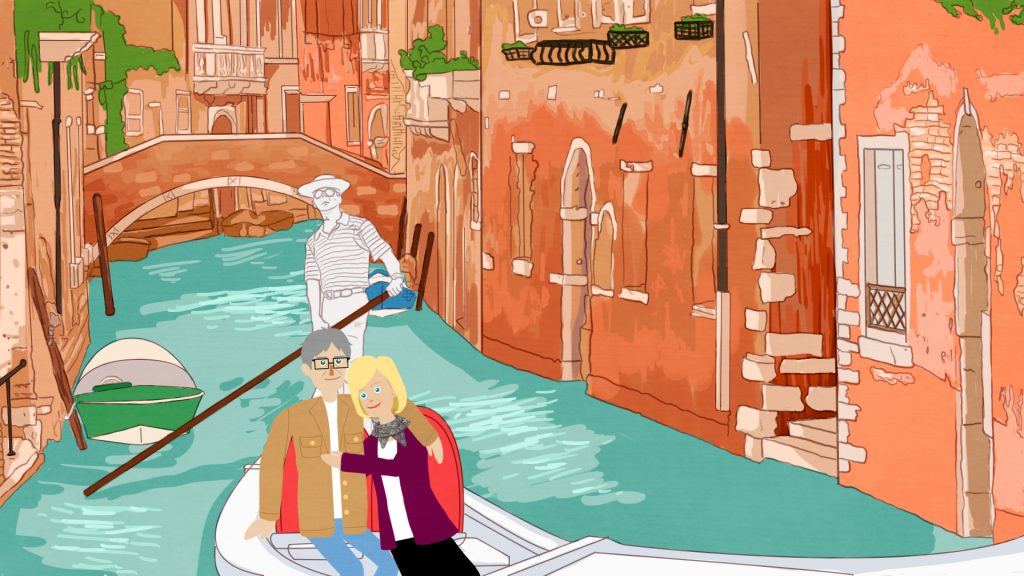 For U11_3, I had to create a Facebook page for Oleg, which was super fun! I looked up some branding materials from Facebook and downloaded an SVG file of their logo… I then took a screenshot of my Facebook profile page to use as a reference for this. I quickly mocked up this template in Illustrator to get an idea for the overall structure of the page. I will draw in a cover photo and profile picture and will add the required text provided by Heather. 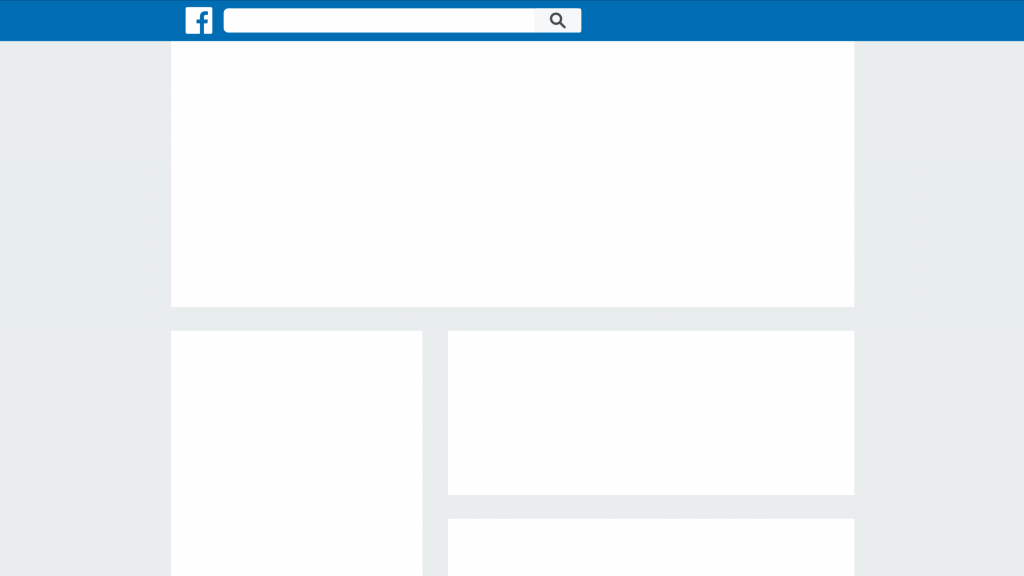 Here’s what the final page looks like! I painted a flowering meadow and drew Oleg’s profile picture. (Apparently hedgehogs are allowed to consume alcohol???) 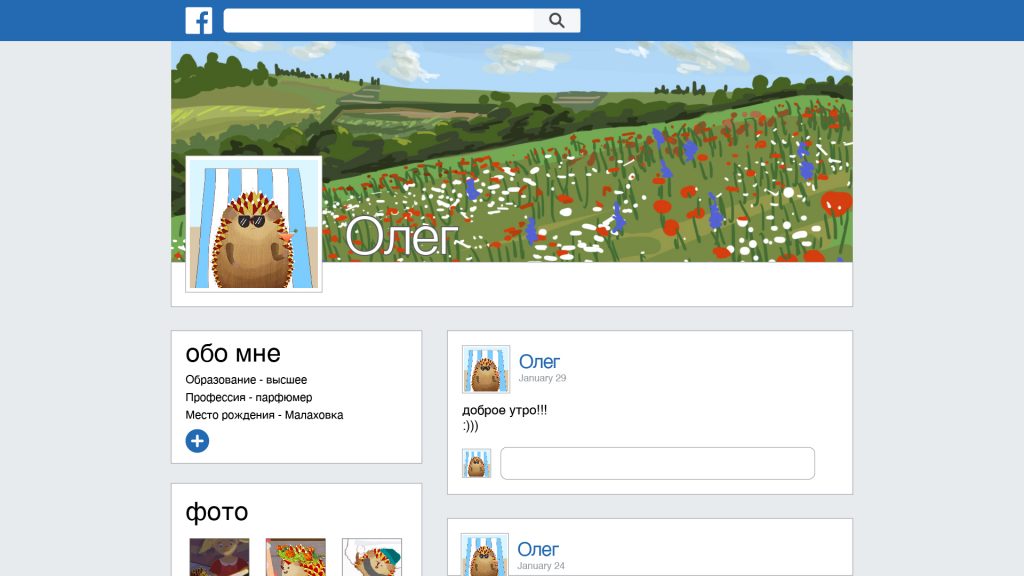 Similarly, for U11_5, I had to build an online store that sells flower and plant seeds. I was linked to a Russian site and used that as a reference. I copy and pasted as much text as necessary to give this site the context it needs. I roughly mocked this up in Illustrator as well. Looks like we’re looking at it in a browser window! 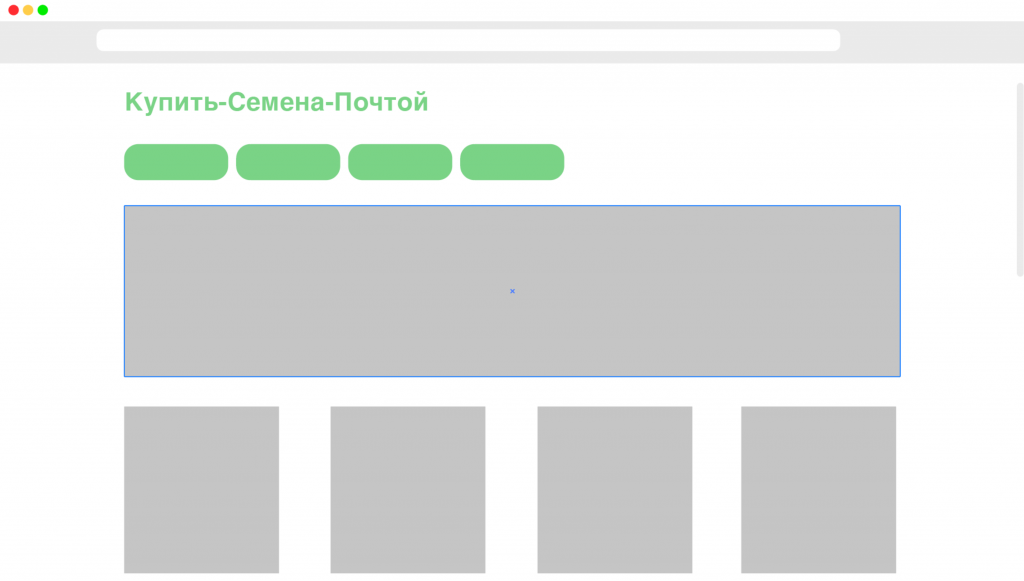 I then proceeded to draw different fruits, vegetables, and a flower. I used images from the site as a reference. I also reused my flowering meadow painting from the last illustration as a banner for the site. 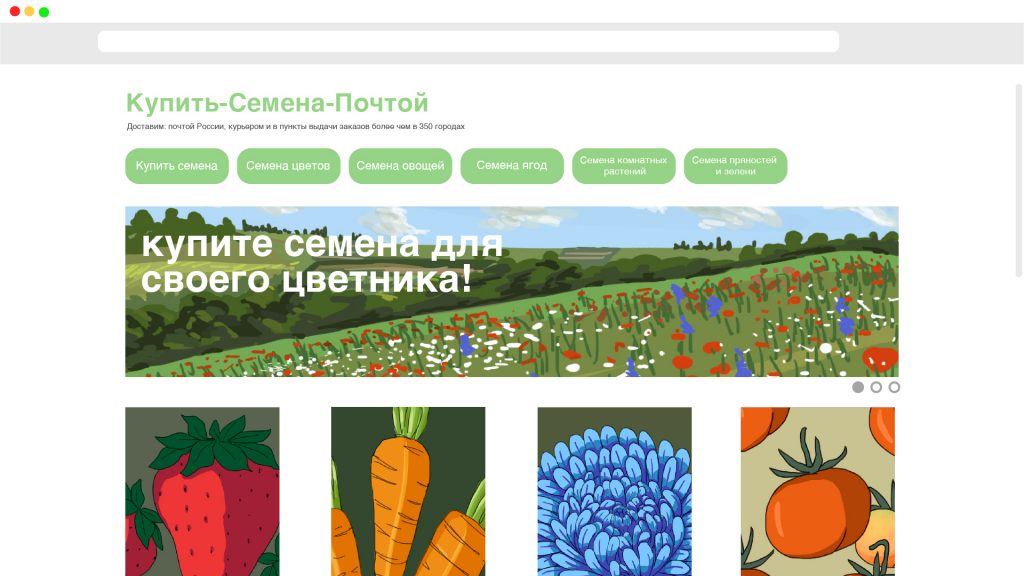 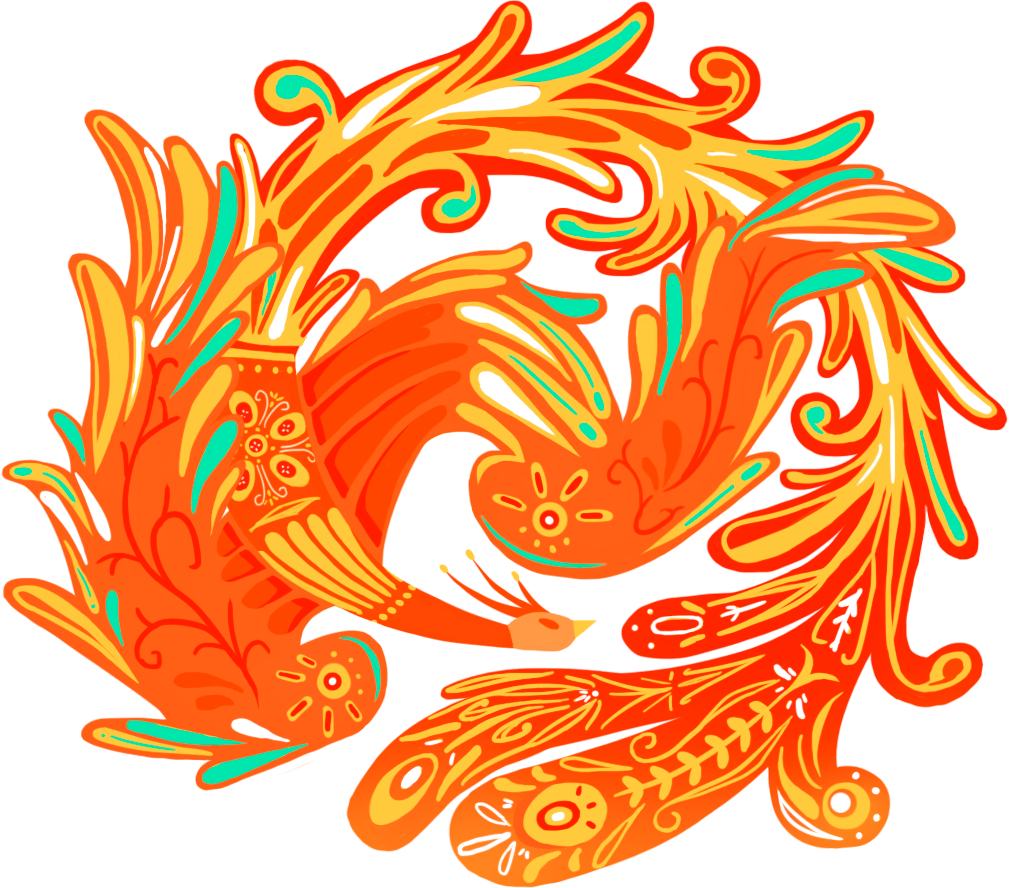 After finishing the firebird itself, I had to work on the box and embellishment surrounding it. This is what I came up with! Again, the gold is also a placeholder color.

I then made 7 different color variations based on the hex codes provided! 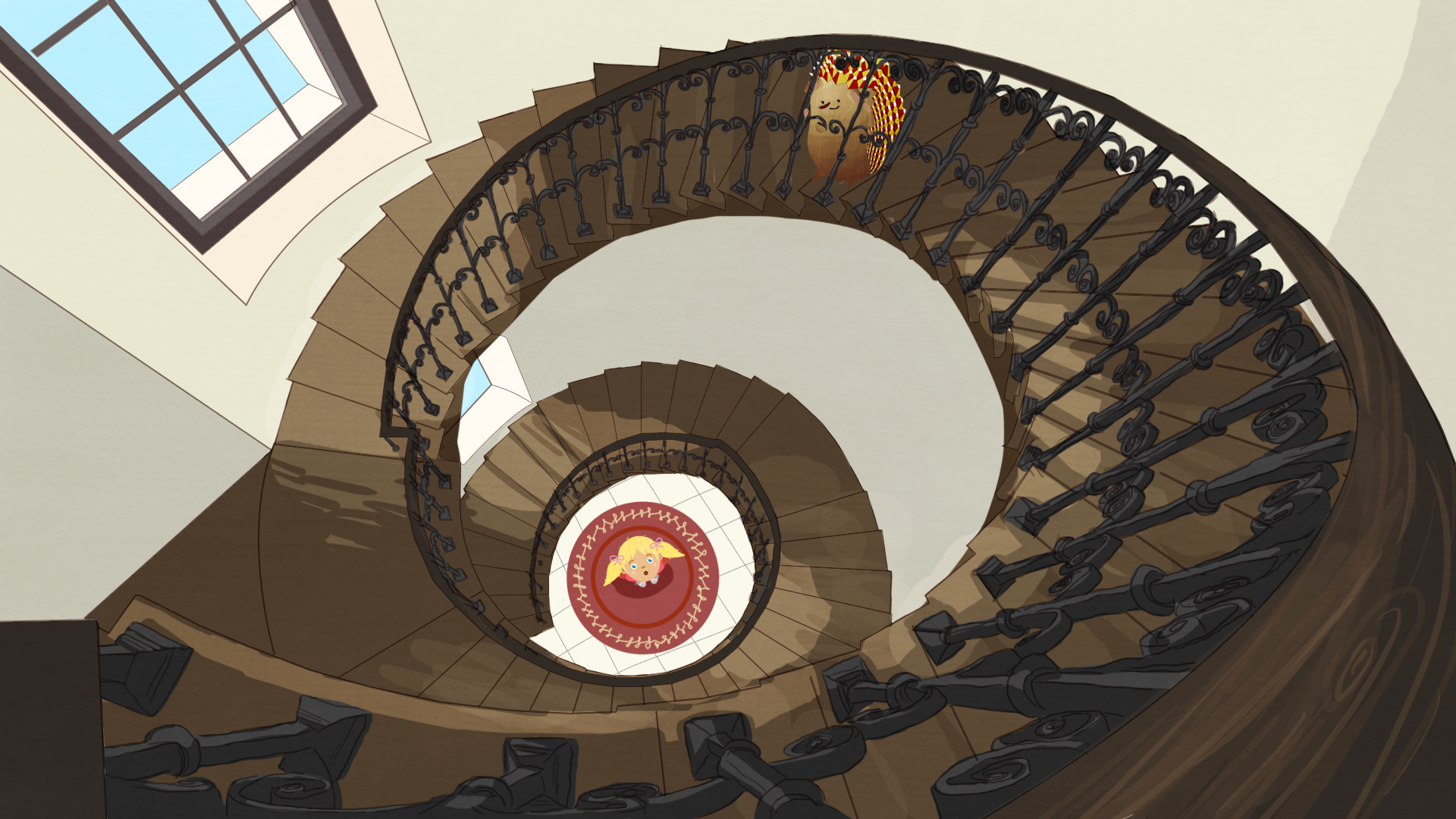 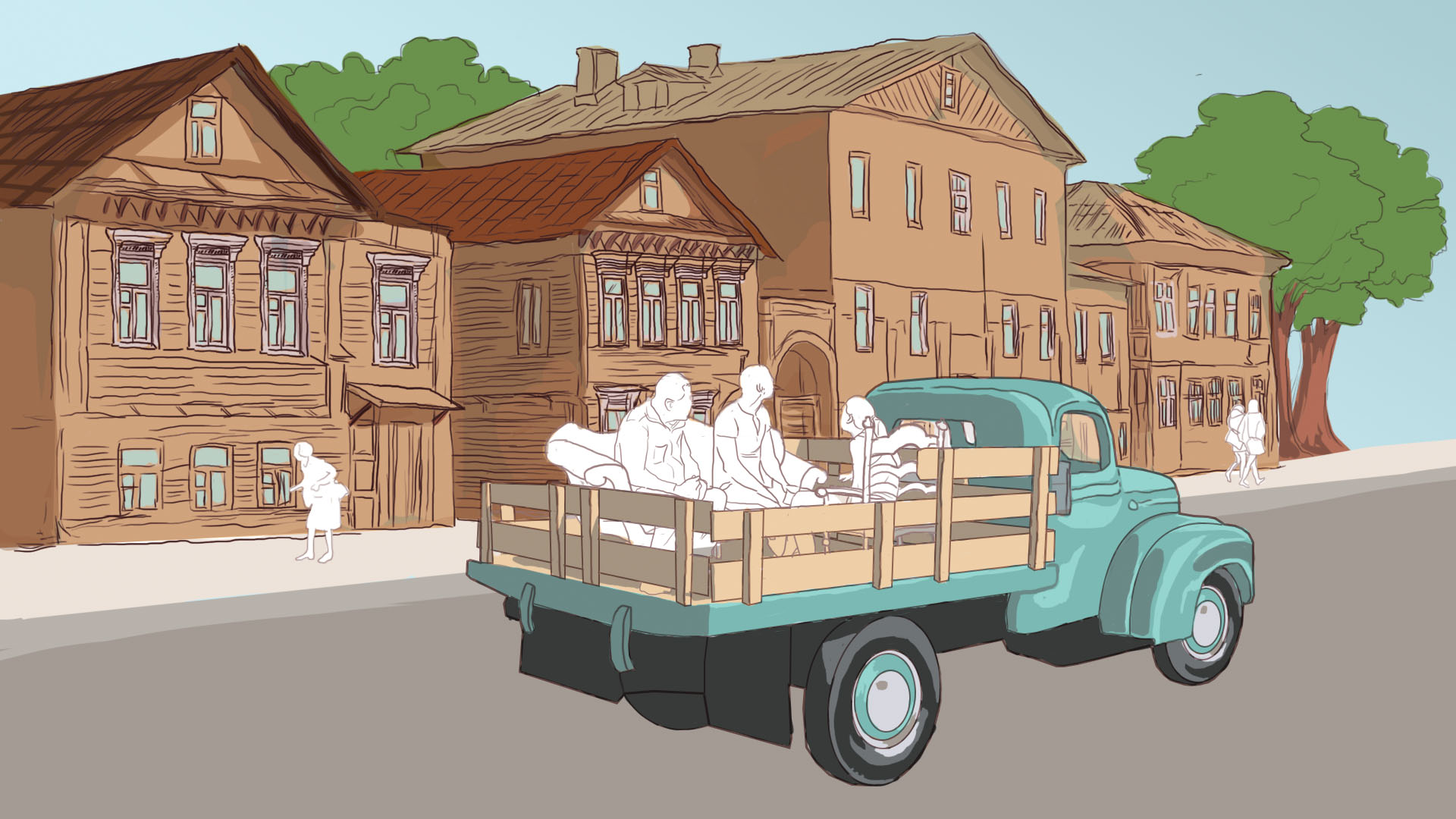