“The saturation slider in the Hue/Saturation adjustment is a blunt, heavy handed tool, and although they share the same name, the saturation slider in the vibrance panel shows a certain amount of restraint. Also, it is very clear that the vibrance control behaves as you would expect. Even at 100%, it is only just begining to get out of hand. Punchy, sure, but not completely over the top and with very little clipping.”

Above are some of the main points I took from that article about the Vibrance tool in photoshop. It was much more informative than I thought it was going to be and they did a good example of explaining the difference between the saturation tool under the Saturation/Hue tool and Vibrance tool using imagery. I made my own example image using the same edits as I thought that quickly represented how the tool works best. The STA will take a washed-out image and make it more vibrant and saturated in a way that still looks natural for this training like shown in the last to photos at the bottom of the screen shot. 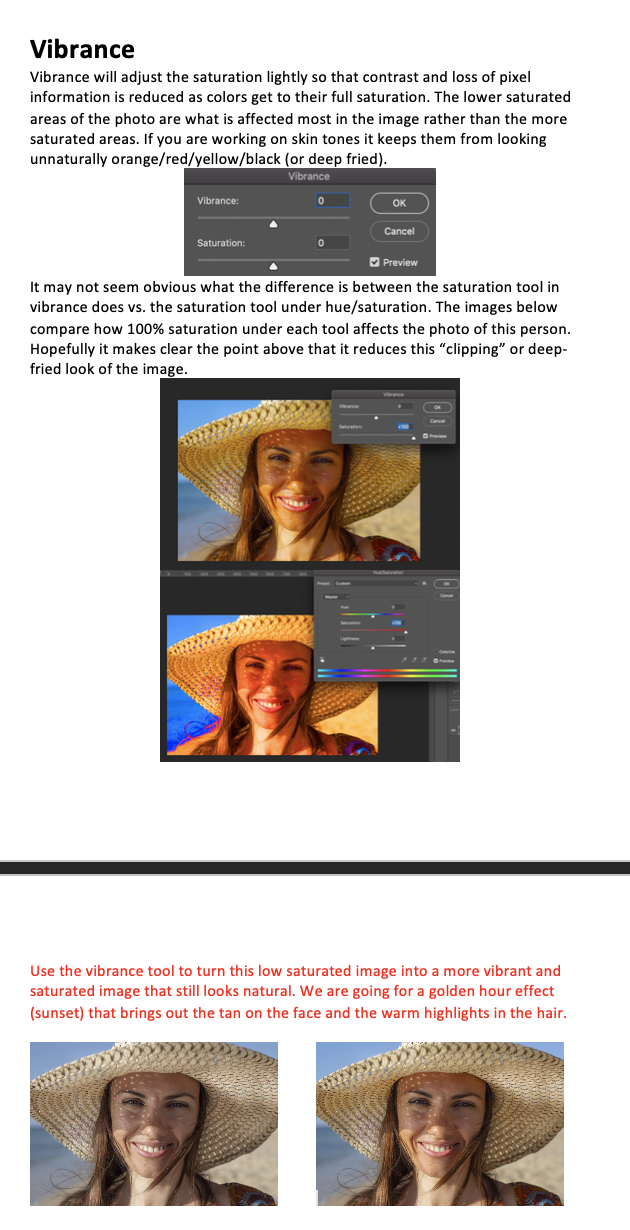