In my last few weeks as an STA, I’ve helped finish the Texas Beyond History rebuild animations in Canvasser, redesigned a website for LAITS Computer Support, updated a professor’s website, and contributed to training the summer STA’s in our content management system Cascade. 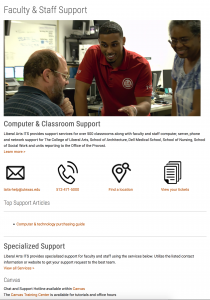 This is the new website I helped design for the Computer Support page. Previously, the content was a table with some text and links inside of it, but they wanted a redesign that was more visually appealing and contained more useful information. All my edits were within the source code feature of Cascade using HTML. Unfortunately, I couldn’t touch the CSS, so I had to figure out how to make an adequate page with only HTML and Photoshop. 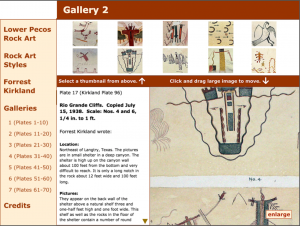 This was the last interactive animation I finished with another STA. 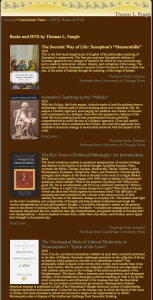 This is an old website I helped update for Professor Pangle. Dr. Pangle has had this website running from 2005, but since he had written a new book, he wanted the website to include his new book as well. However, the trouble was that his website ran off old HTML and CSS files, so he needed our help in updating it. The other pictures are examples of the code I had to look at to update it. All in all, the code wasn’t very complex, so it only took about 20 minutes to get the changes he needed in. 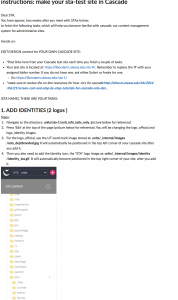 Finally, since the summer STA’s needed to be briefed on how to use Cascade, I helped update a training document for readability. Since the document was created, Cascade CMS had underwent a massive update making the new version look completely different from the old one. I went through the training–that I had to do when I first started–and updated it to make sure it made sense for the new version of Cascade. I also included pictures to help future STA’s find the buttons to click within the system.