Monday we all took a trip to the Harry Ransom Center to view the current exhibit: “The Rise of Everyday Design: The Arts and Crafts Movement in Britain and America.” I always love learning about the history of art and design, and I really enjoyed going, especially since I didn’t know much about this movement going in.

The Arts and Crafts movement started in Britain in the mid-19th century and lasted into the 20th century, migrating to the U.S. in that time. It began as a reaction against industrialization and emphasized quality craftsmanship and simple design (the idea was that construction is as important, or more important, than design).

What was interesting is how the early Arts and Crafts reformers had very specific principles of design which was often closely tied to their ideas about political reform (many of the British designers were socialists). They produced informational materials, like this book called “The Grammar of Ornament” by Owen Jones, which is a kind of compendium of geometric patterns for architecture: 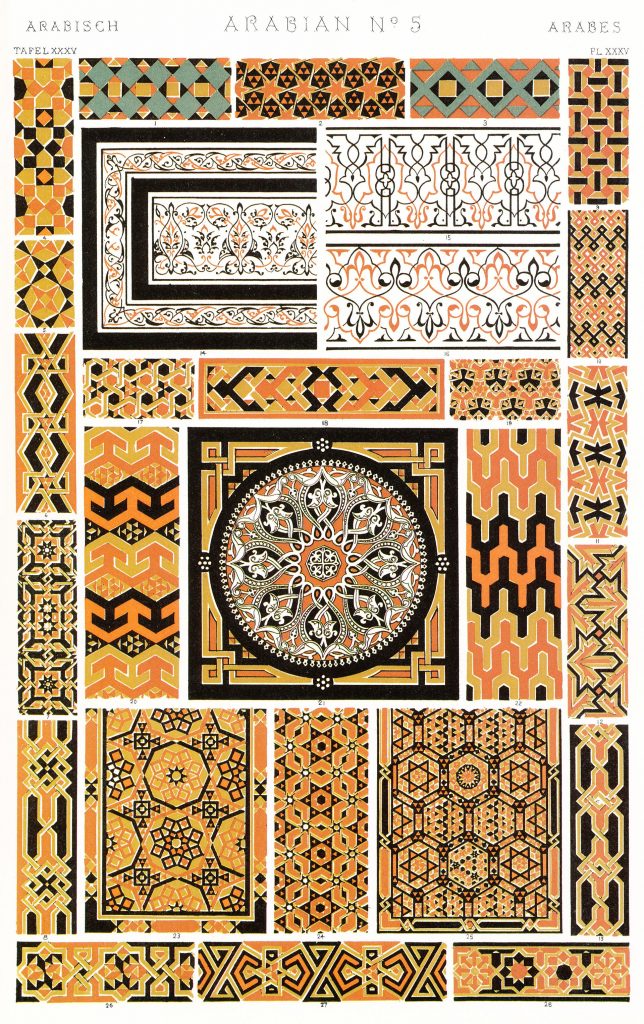 Their influences were very broad: Medievalism, Pre-Raphaelite/Classical, Folk, Middle Eastern (like the above page), and especially forms from nature.

One of my favorite things at this exhibit were these textile patterns by the British designer William Morris (1834-1896), who was inspired by forms of flora and fauna. Some of his notebooks were on display showing his sketches of nature. I was really struck by how modern these look, you still see patterns like these all over, in people’s homes, etc, and yet all these designs were created in the 1800s. 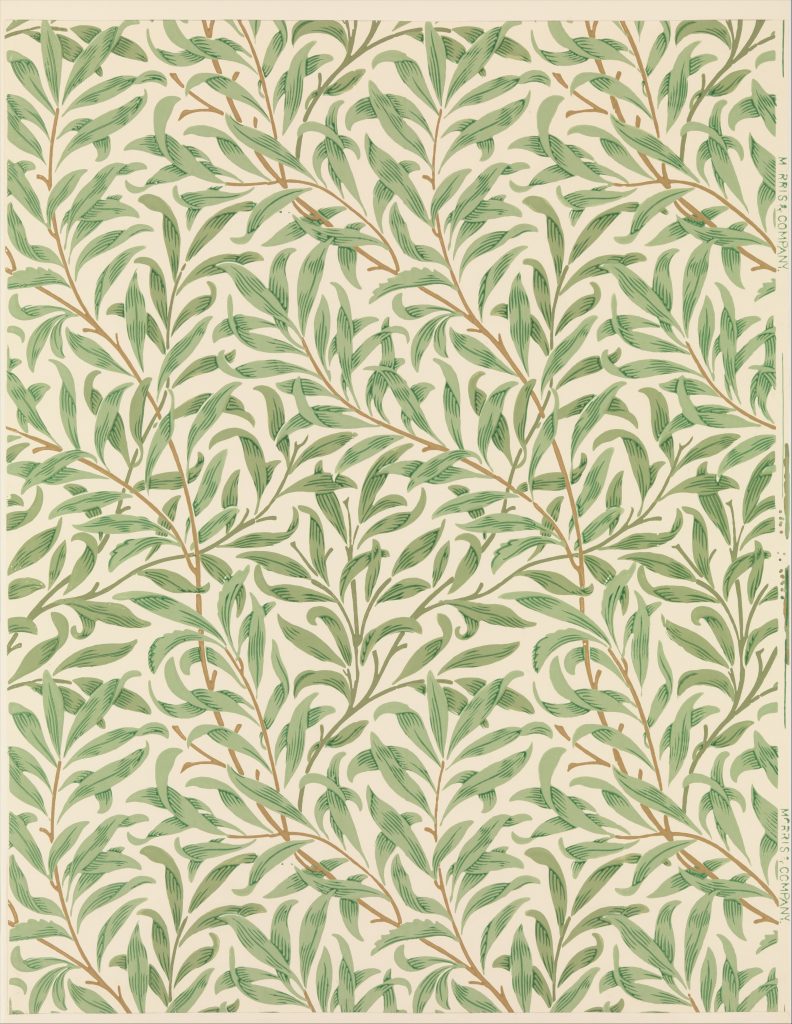 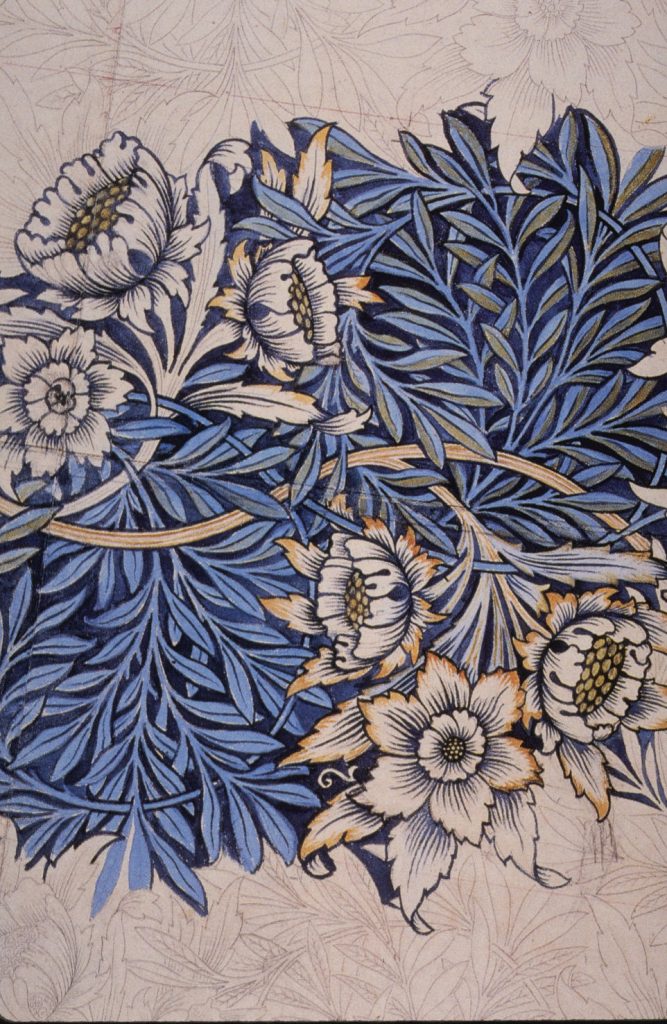 The movement grew in popularity, especially among the middle class. This drove commercially-scaled production of furniture, textiles, etc, which was contrary to the founding ideals.

(All images from Wikimedia Commons)