Stacy and I had discussed opportunities to practice HTML & CSS coding, therefore he directed me to a COLA Lab site and told me to work with WordPress, HTML, and CSS to customize it however I’d like. This was more of a practicing activity as opposed to real deliverable work.

Here is a screenshot of the homepage of the Gonzalez-Lima Lab: 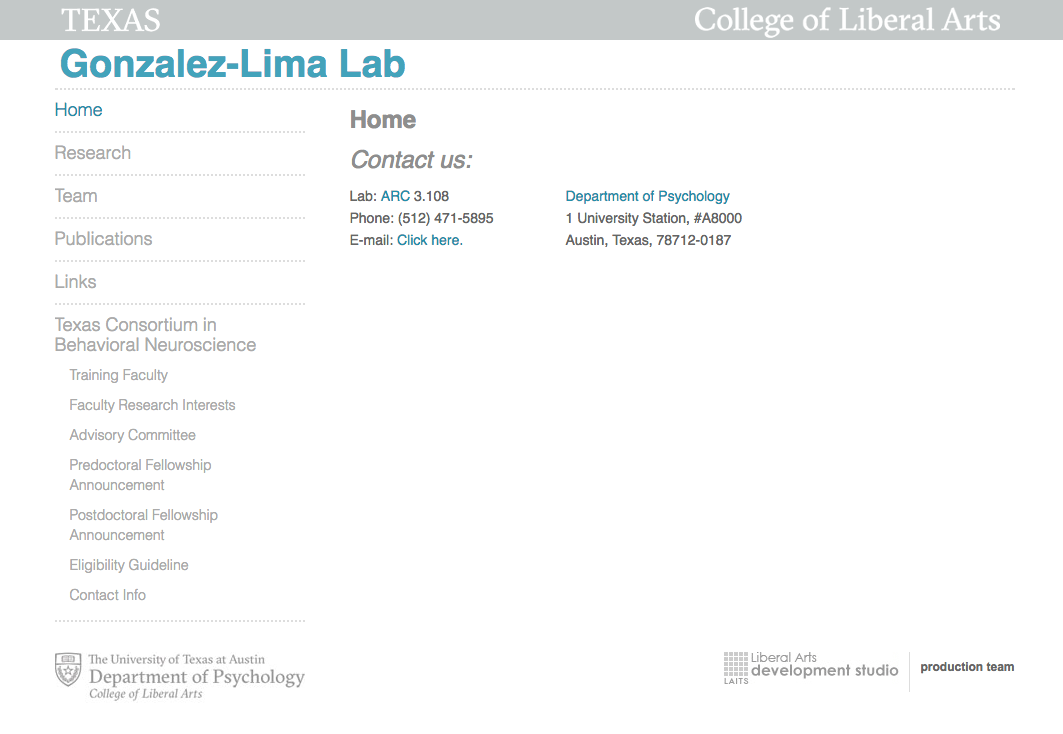 We copied over the content into a new WordPress template as a starting point, in which it looked like this: 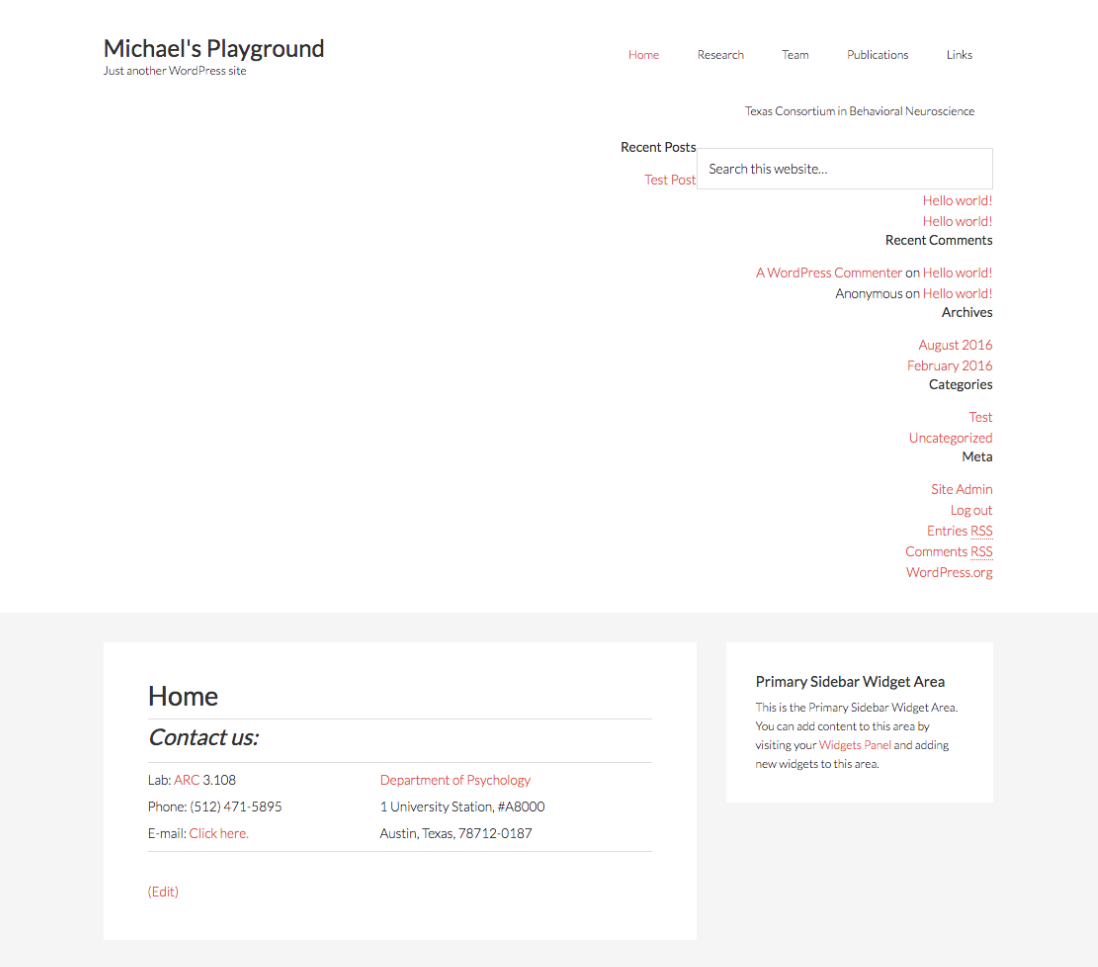 I went into the WordPress and played with the widgets + HTML & CSS, and the resultant work was this:

(Well… I went back to the website and it looks like Stacy worked with Ben on the same practice site, therefore Ben’s work is there and my work is no longer there… 🙁 )

After that, Andre and I had a lengthy meeting regarding the COLA Website redesign – a massive project that will likely take many months if not longer to fully complete. The desire is to redesign the UI/UX of the entire COLA web space, such that the COLA faculty presence becomes much more robust and attractive. We’re in the very beginning stages of this project currently, however Andre gave me the action item of reaching out to the site’s strongest users – the site admins – and getting feedback from them. 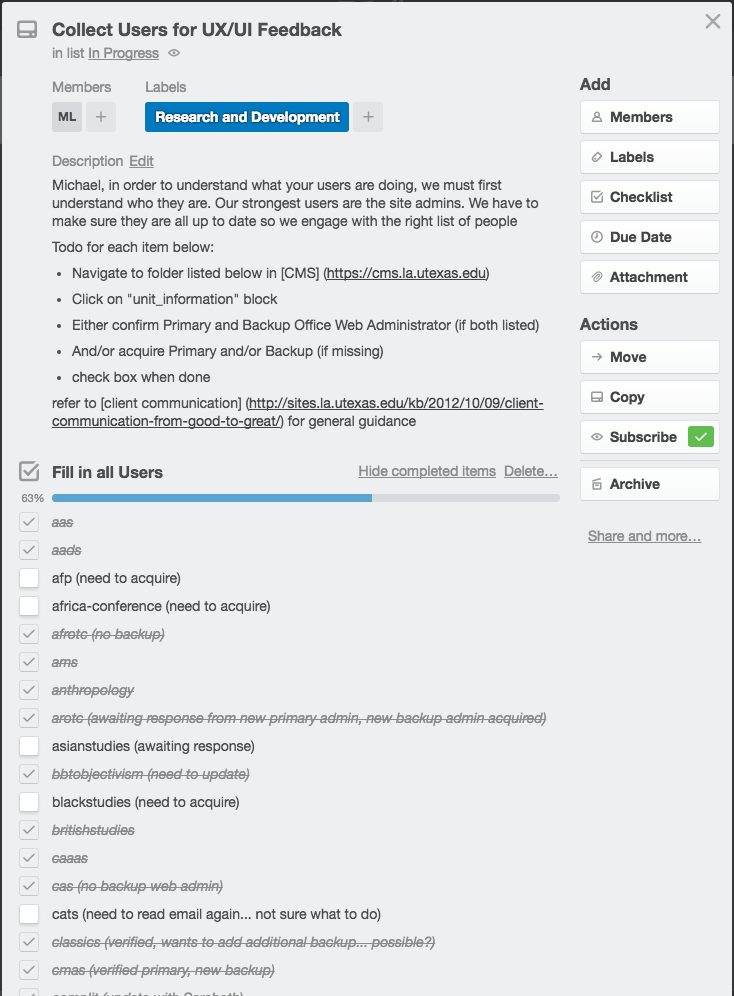 There are 86 departments in COLA, with 2 website admins each. I’ve been using the Cascade CMS to obtain current site admin contact information and contacting them in order to either verify that they are still site admins or to acquire new site admins because there happened to be none listed in the specific department in the CMS. This task has been what I’ve worked on for the past 2 weeks, and will be what I continue working on this week.

This task is not at all visual but rather very communication-based. Back-and-forth, I’ve had at least 200 emails sent or received so far.

In the thick of this, last week Suloni gave me the task of creating a banner for NAIS.