The days when we won’t ever have to open Canvasser again are coming faster and faster as we finalize the last of the interactives. This week I worked on the last two assigned to me: Burying the Dead and Life in a Pueblo. They were both pretty basic “scenery with clickable objects” interactives like the ones I used to work on when I started here. My first shift of the week I worked on the Photoshop files that I would need in order to make the interactives. I modeled them after Life in a Rockshelter, my first assigned TBH project ever. Once I got approval for that I moved on to Canvasser. Making these was actually not super hard, it took me one shift each. You can see the results below. 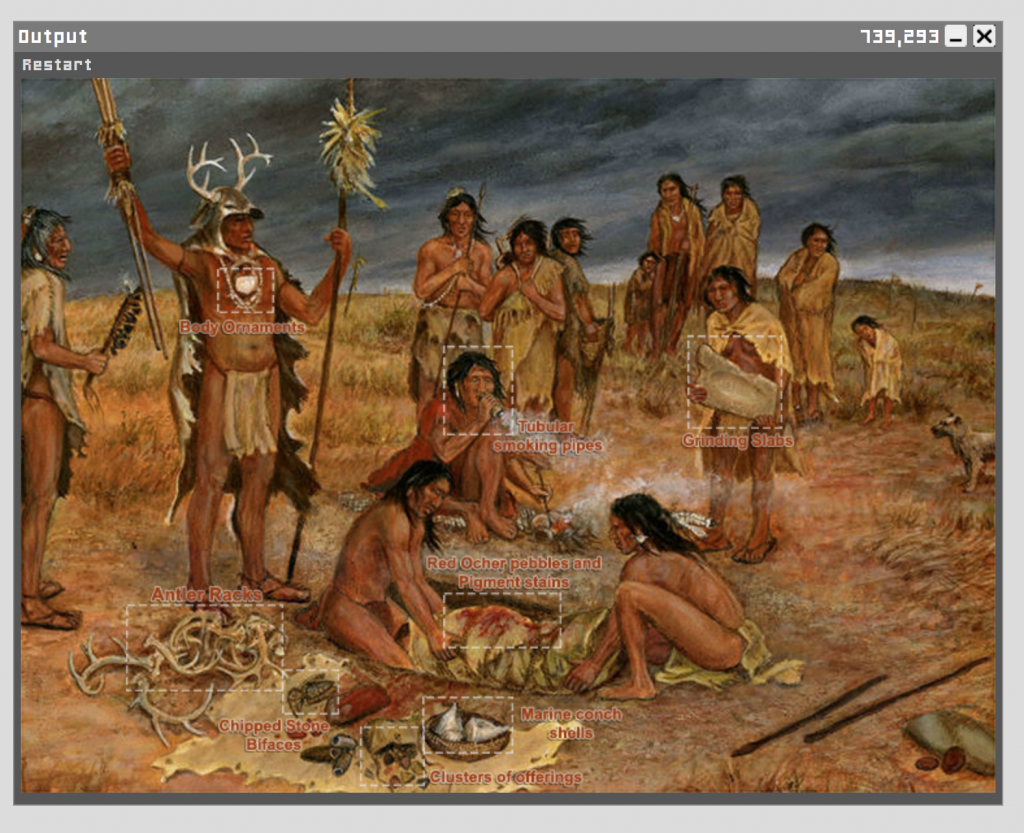 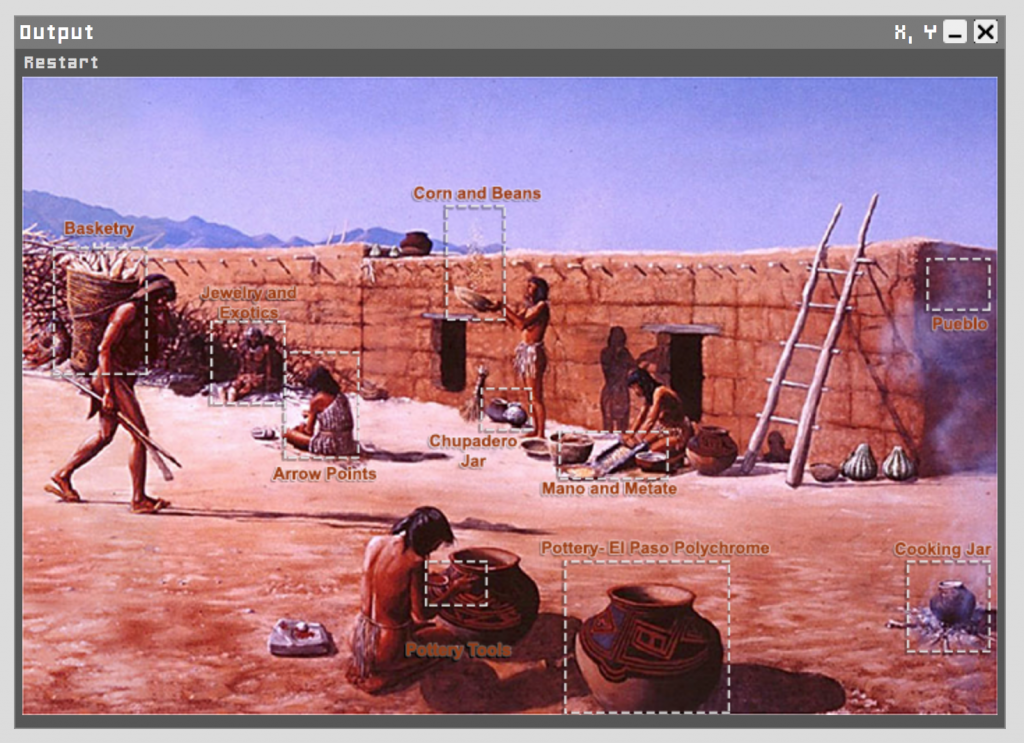 With one shift left in the week and nothing to work on I took one of the last animations from Bryan in order to make his workload smaller. I worked on that for the last few hours, getting screenshots for the pictures that I’m going to need and editing them. The layering and dragging are going to be a little tricky on this one but I expect to be done next week. This would be my last TBH animation ever and hopefully we can start doing some real web development!