I’m still working on the WP scripts with Stacy. Since the last time I posted I finished the add-user script to be able to add a specific user to a batch of WordPress sites.

After finishing up that script I noticed that some of the arguments that these commands are going to need will be similar. For example, the user will always need to specify a site or group of sites to run the command on. This is why I decided to create a “parent” script that will act as a middleman for all commands. You can run that script and give it the command you want to run and on what pages as an argument. It will then do some preprocessing work and then call some other script using PHP’s ‘include’ or ‘require’ keyword. This is a much more organized way of coding everything up since it will save me the work of writing the same code for different scripts. 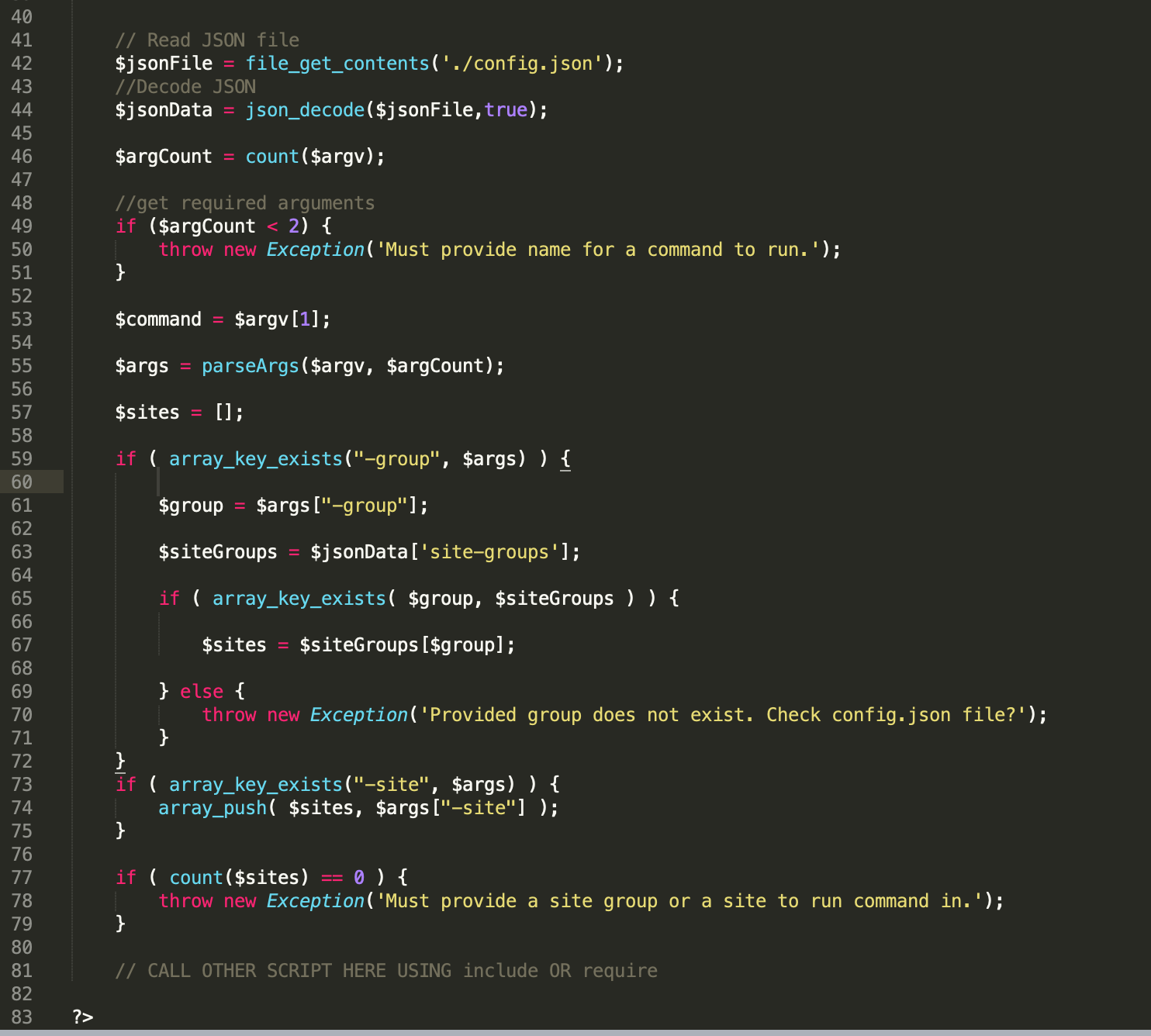 Last time I met with Stacy he also told me to make a script to initialize and deploy a new website from scratch. This basically involves installing the latest version of WordPress, setting up Git, creating some common users, and setting the LAITS preferred website and database configurations. It sounds more complicated than the other scripts that he asked me to ask. I will start working on it later later this week and the next.