We had the STA presentation last Friday, it was a great way to get closure on TBH and look at all the work that fellow STAs had done over the year. It was also a way to look at the future and what I will be doing over the summer and next year.

RBTL has been my main focus since we finished TBH. I’m doing good progress on the site, almost about to finish with the first poem. After that it should be more copy-paste and less coding. I developed almost 2 pages this week. The first one was Rimes, which shows the rhyming scheme for a poem. It was actually pretty tough to get the correct forming on those rhyme letters (ABBA and such). It was fun to make the animation aspect of it and see the page come to life with the colors.  A picture below. 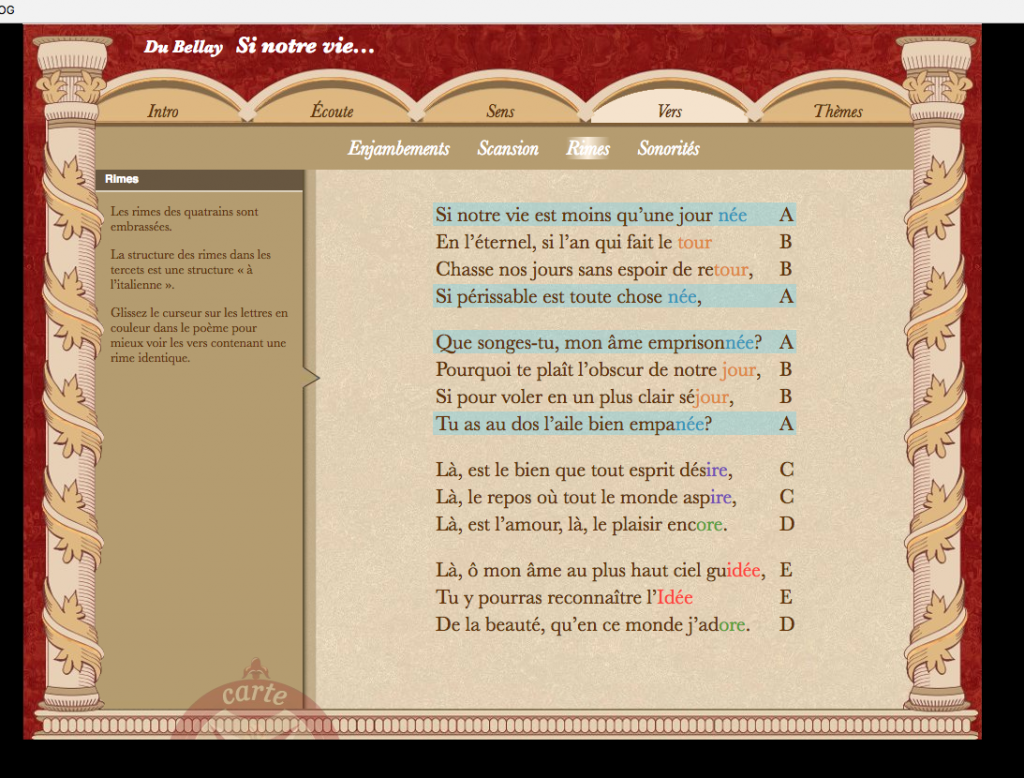 I also started development on a second page called Sonorites. This one is special because it’s the first one I’ve done with a double sidebar, this means that a second one pops up from the bottom of the first. It’s a cool-looking animation, but tough to set up. A picture of it in action below. I still need to work out some of the details like the coloring on the titles. 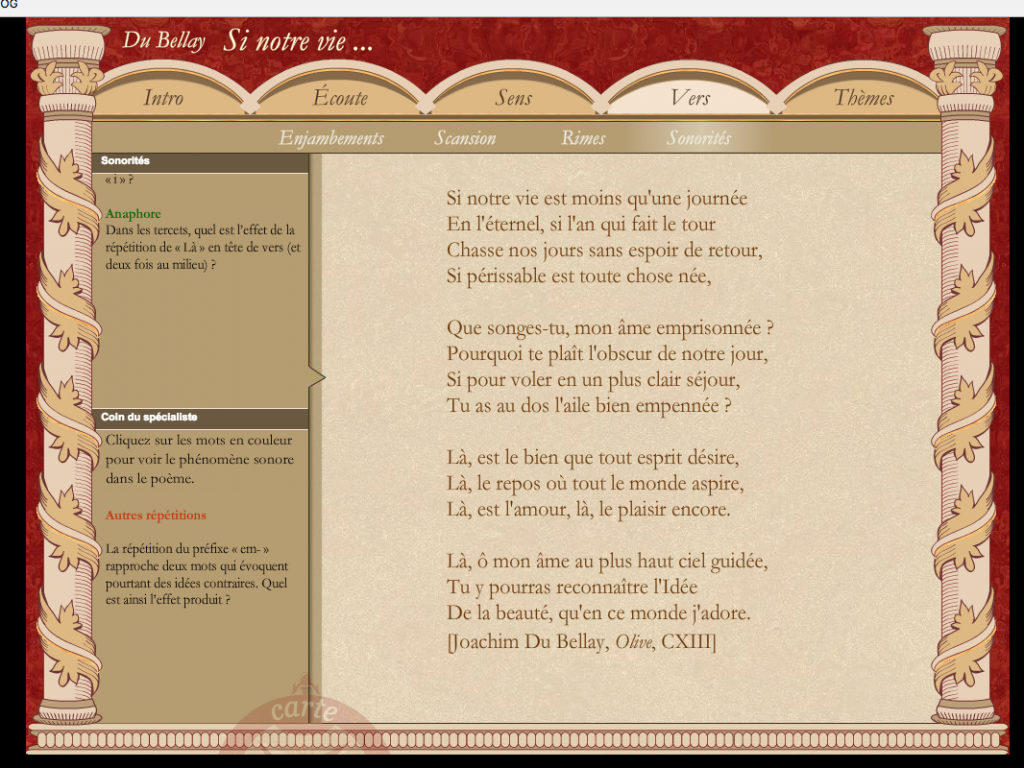 Also at the end of this week I took an hour to learn about Cascade. Bryan was kind enough to teach me how to do some basic things. I will probably be doing a lot of that during the summer.