I began working on a trifold handout draft for the Language Research Center that corresponds with a banner that was already designed. To coordinate the trifold with the banner for this first draft, I am using the same color scheme (blue: #203b82, grey: #dadad2, and white) as well as incorporating the same artwork.

The main challenge I have encountered with this project thus far is formatting the text. Due to the large mass of text that must be included in the handout, I am still working out how to organize the document so that the sections are easy to read. This first draft–which is shown below–is a bit cramped and text-heavy, so going forward I am going to try adding more aspects to further distinguish the different sections and reformat the “EIEOL Features” section so that it is not just a bulleted list 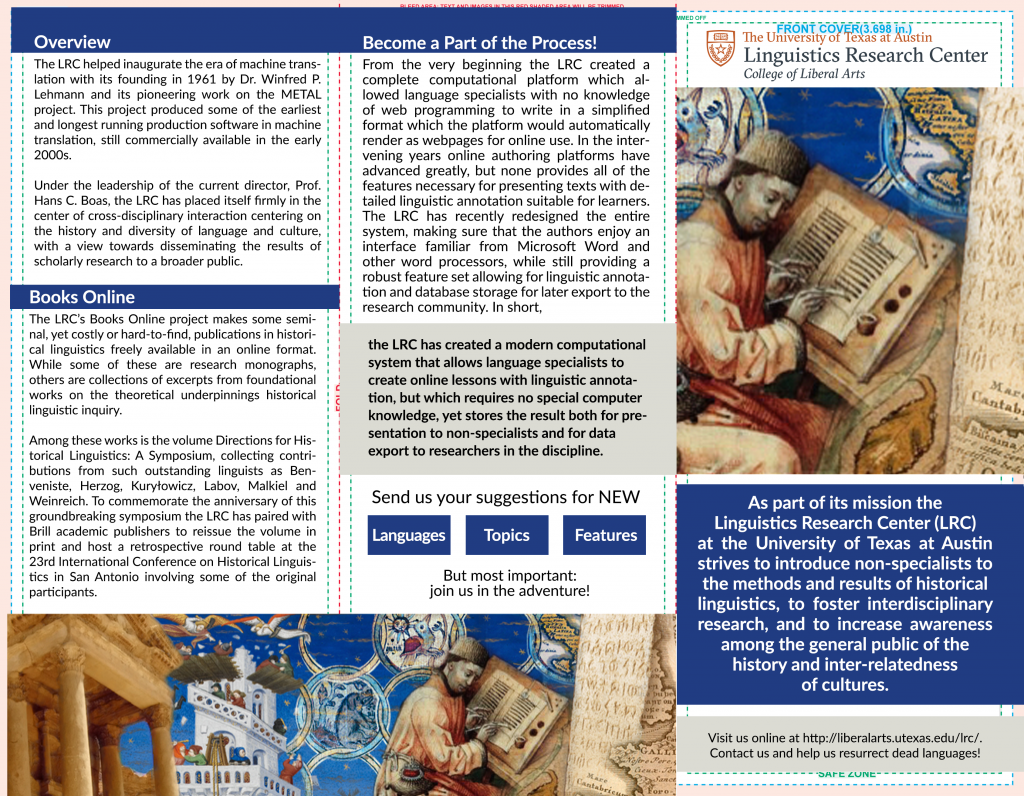 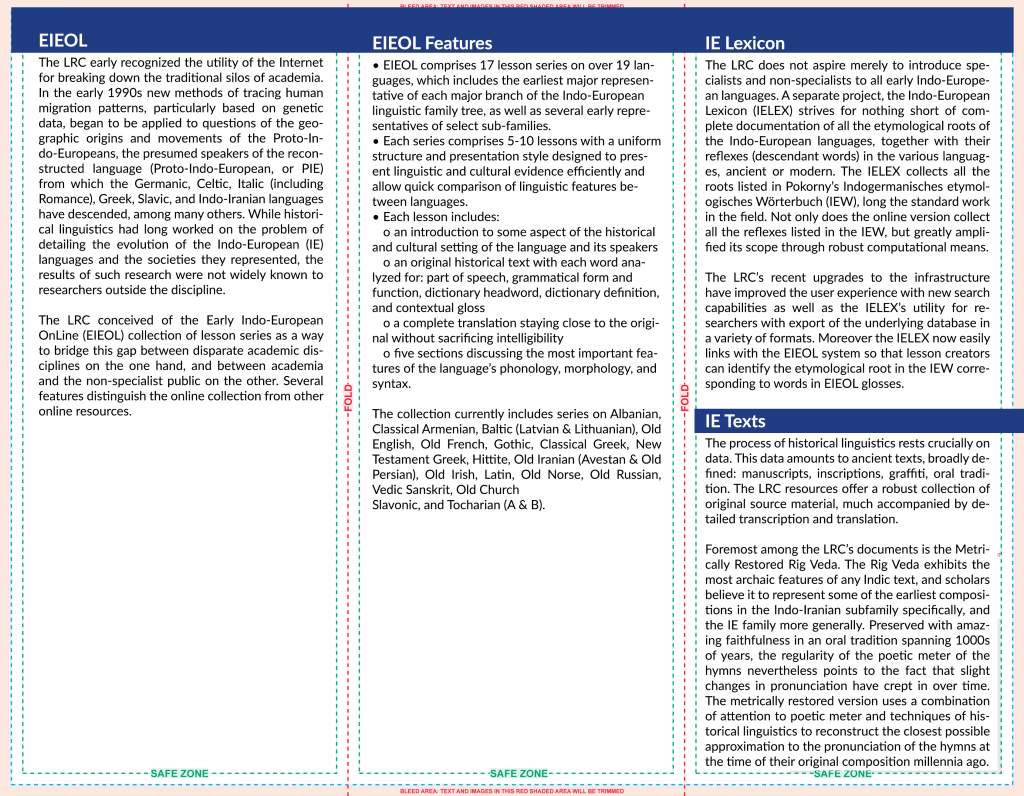 Additionally, I have been helping as needed with the Theatre & Dance “Theatre Makers” project. I posed as the Director, and cutout the Stage Manager during which I learned how to cutout using masks in Photoshop; as it turns out, masks are safer to use than erasing because they operate on a black/white system (where white areas show the image and black areas hide), so the image itself stays intact.

Below is the cutout I made for the Stage Manager (featuring Valerie). 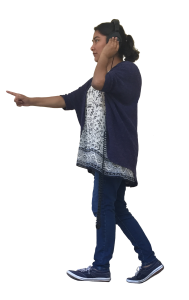