This week I worked on two pieces of training: InDesign Part 2 and Studio Course Training.

For the InDesign Training, I went with a hexagonal theme. It made me think of science and data, like how DNA fits together like a puzzle. I thought it tied in with the topic of Race and Gender. Here are the 3 different color ways I came up with. 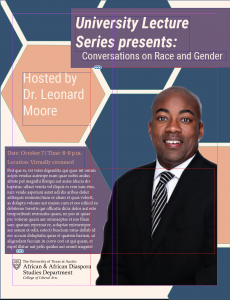 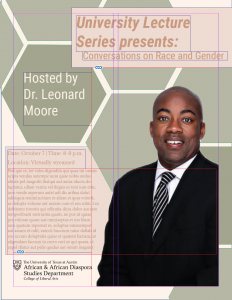 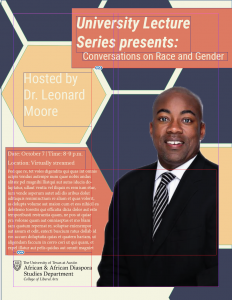 Before coming up with this as my final image. 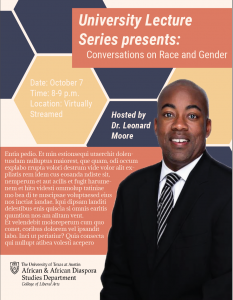 For the Studio Course training, I’m still in the beginning stages. I decided to go with ART3800: Twentieth-Century Art as my subject to practice with. I’m still pulling a bunch of images and making some mock-ups. The image below is an idea for a collage. I think I’m going to make the museum a black and white silhouette so that it’s not so busy. This pulls items from the museum as well as the syllabus. 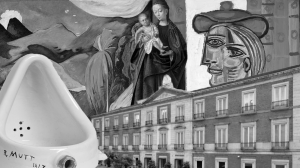 For the second design I’m drawing inspiration from the Bauhaus style, this one will be in color. This is just an idea, it won’t say “Name of the Course” in the final. I just wanted to get an idea of where I wanted to place it. This mainly pulls from the syllabus. 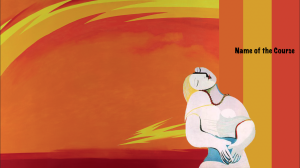