My first job working as a STA was for a project called What Jane Saw. I worked with Prof. Janine Barchas to create this online exhibition depicting the first museum dedicated to William Shakespeare. The museum, which housed this exhibition in 1796, no longer exists, and much about the paintings and space of the museum is unclear or unknown.

The first step of this project was trying to recreate the museum space on an 3D modeling program called SketchUp using clues given about the space. Once those 3D models were create, then came my part. I traced over the renderings to create the line work of the frames and faces of the rooms. My goal was create an accurate and realistic depiction of the space, but add artistic and “sketchy” qualities that the SketchUp model didn’t show. Once I finished the line work, I brought that into Photoshop and rendered it using a variety of methods and adding numerous textures and layers to make eye-catching and pleasant views in the museum. The paintings were added in the frames, and the image was complete.

These images were used the interactive online exhibition of the Shakespeare Gallery, where visitors can learn more about its history and the paintings that were once displayed there. 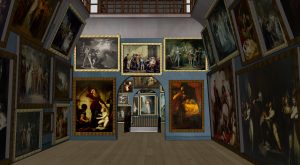 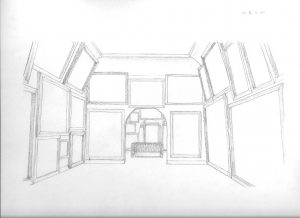 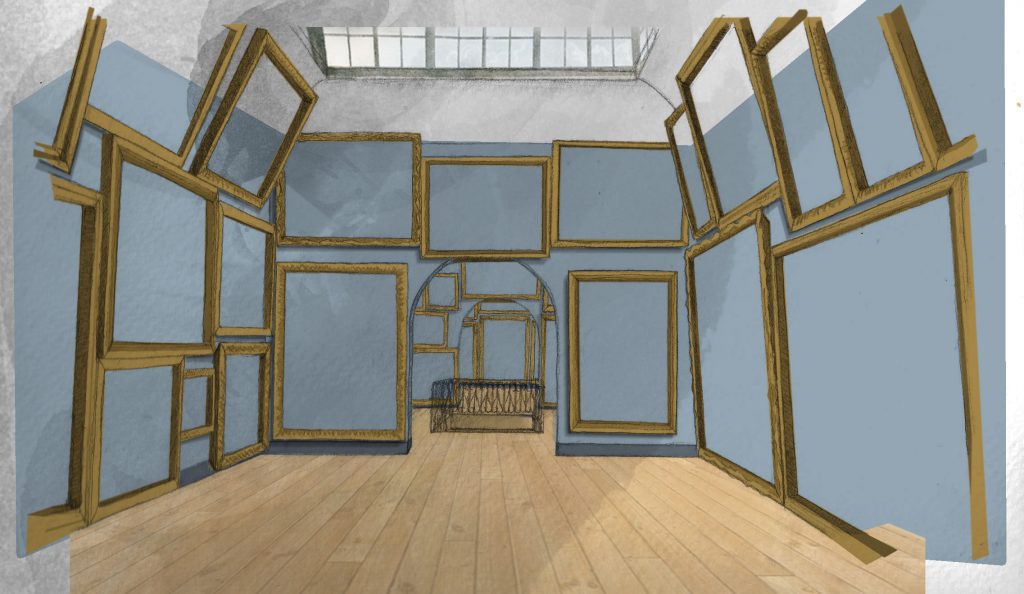 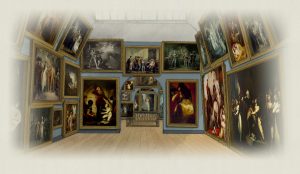