This week I’ve been focused on TBH like the last ones.

I was working on Doorways to the Past for the first half of the week. I set up all the second windows that pop up when you click the ‘Check out the Evidence’ button. I’ve been having issues because there’s just too many objects and nested things that I need to include. For example, in the third door, after you check out the evidence each picture has a hover effect that makes it bigger. This is hard to set up since it means there’s now about 4 layers of objects working at the same time. Also, since we don’t have hover I’ve been forced to explore Canvasser to find new solutions. My idea was that, instead of using 2 different picture objects, I would use a condition to make the same picture grow when you click it and shrink when you click it again. I was trying to set that up but I couldn’t get it to work. I gave up and decided to ask Nick later. When changing some other things in the interactive I ran into an error where my output wouldn’t show. That basically meant I could’t work on this for the rest of the week. 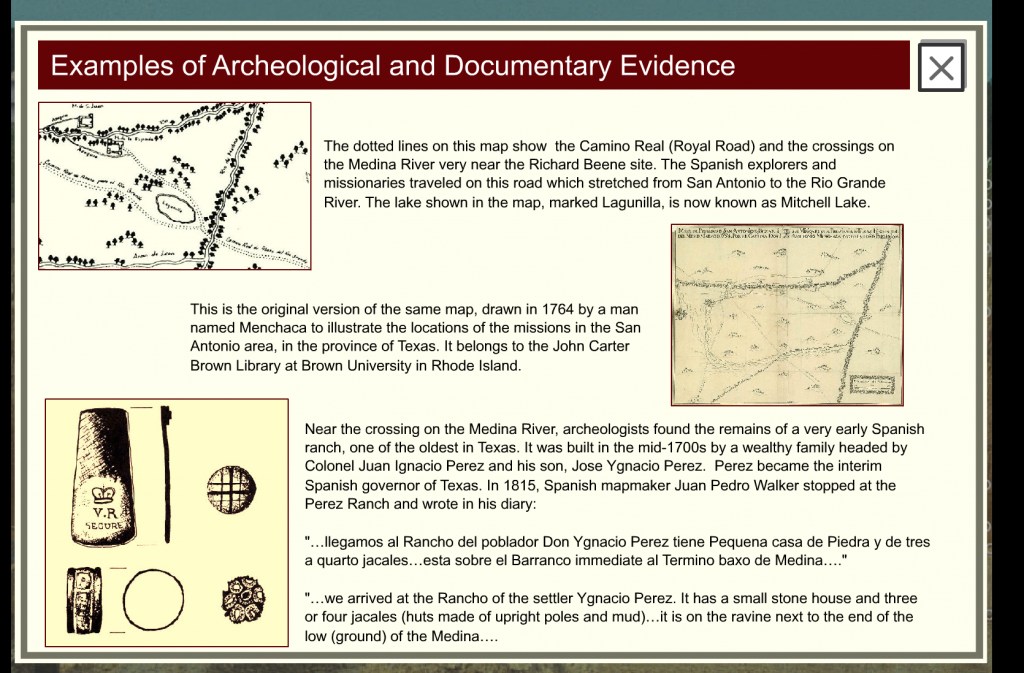 The second half of the week was more productive. I started working on those old interactives I mentioned before: Prairies and Marshlands and Prehistoric Texas. Suloni gave me new design ideas for those so I was able to quickly implement those. For the first one I just ignored the hover effects. For the second one I used a two button system in which by clicking the map you get a button that comes up. By clicking that you open a link. I finished those two, effectively getting 2 interactives off our to-do list! 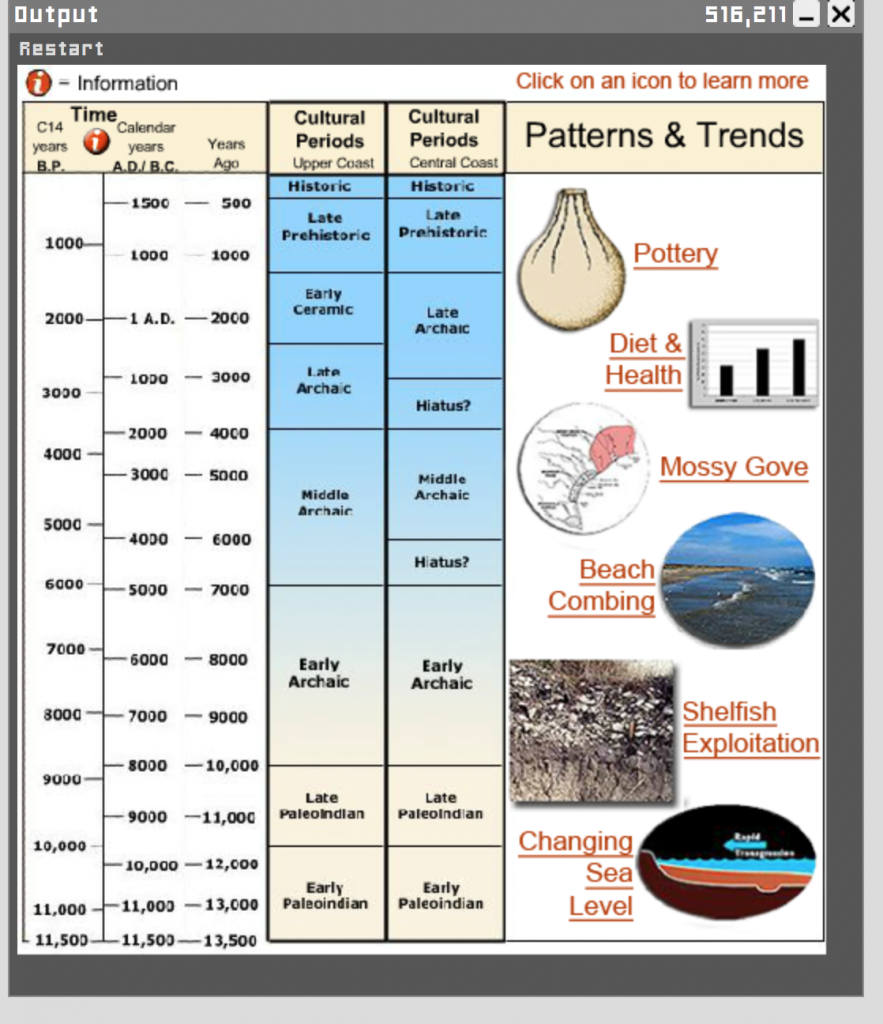 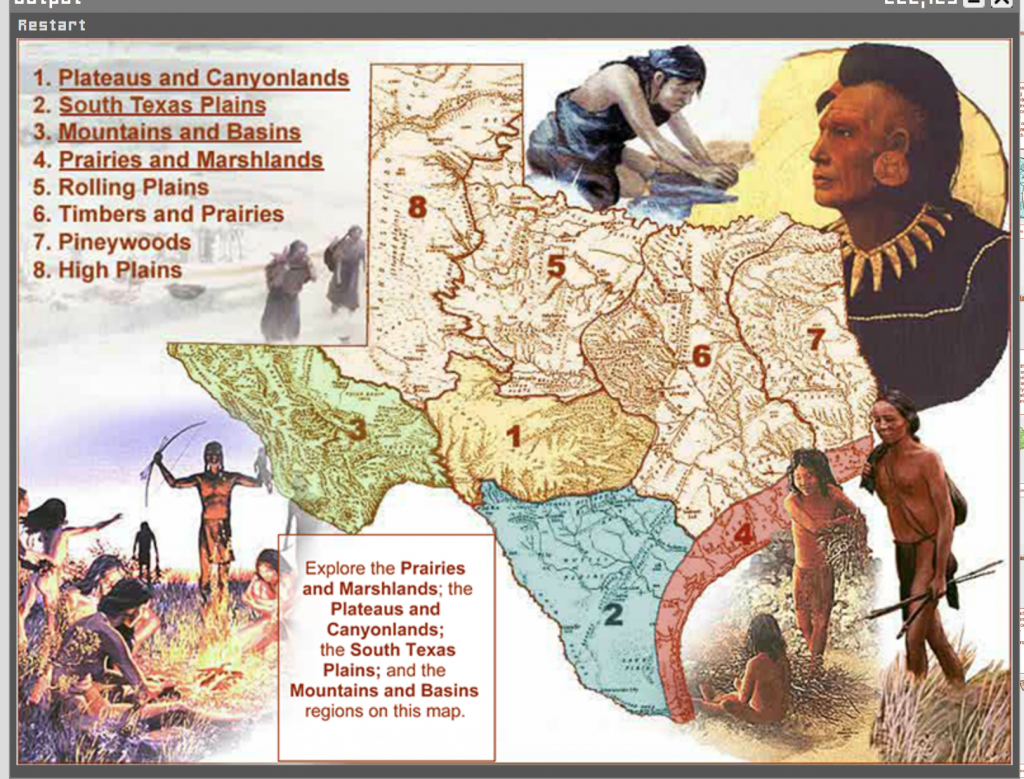 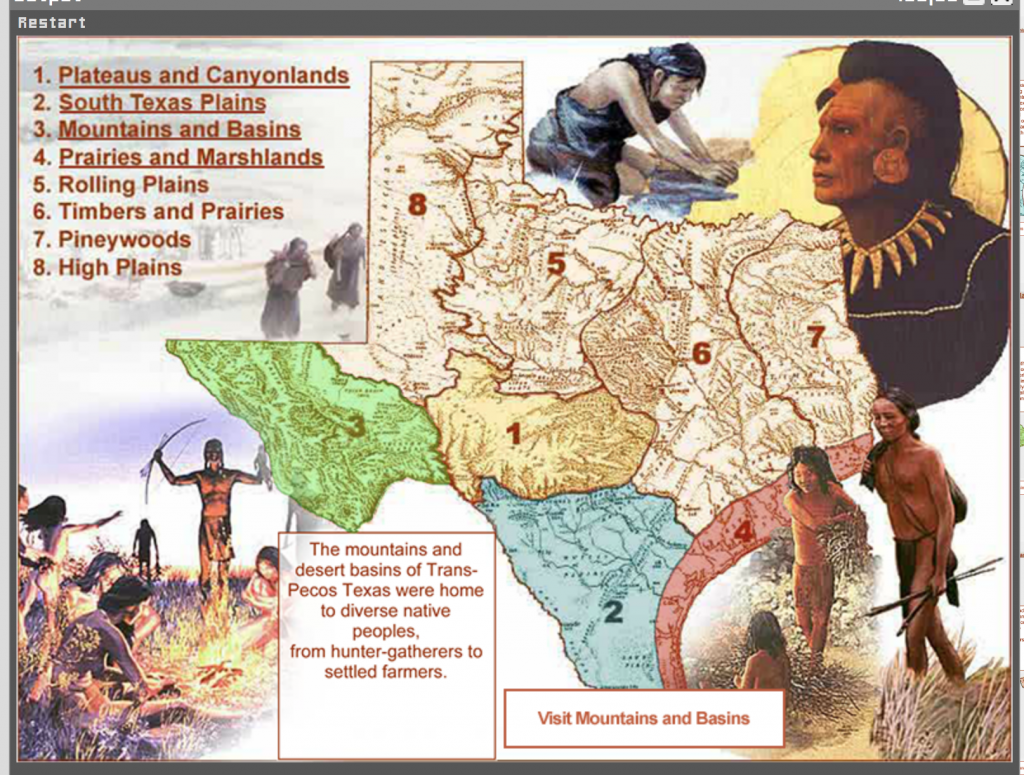