Yes, I am officially acknowledging I skipped a week, since we had an orientation in place of the meeting, and were given semiofficial permission. Anyhow, it’s been a slow bunch of little tasks, as usual lately.

Back on this with a new draft. Font size has been made smaller (smallified) for some breathing room. Nothing radical, but steady progress. I forget which month this was supposed to be finished in.

This one was interesting. Mariannne recruited me to help fix some broken MP3 files in Canvas. I’ve never touched Canvas editing before, but it was simple enough, just using inspect element to track down the missing file name and a built-in editor to re-attach it. 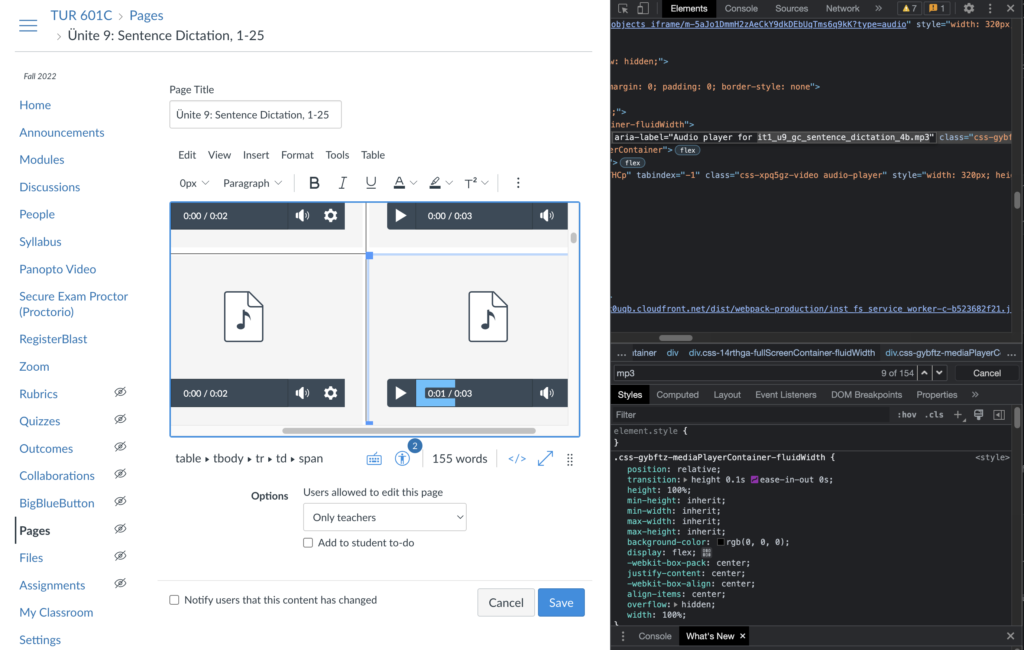 This week has been more of the same, but with a big update – Andre the API is being retired! That means no more manually editing and uploading photos! I got to test out a new interface which the faculty/students will be using from now on to upload their profile pictures more like a Facebook photo, with a built-in crop tool, rather than creating busywork for us STAs. 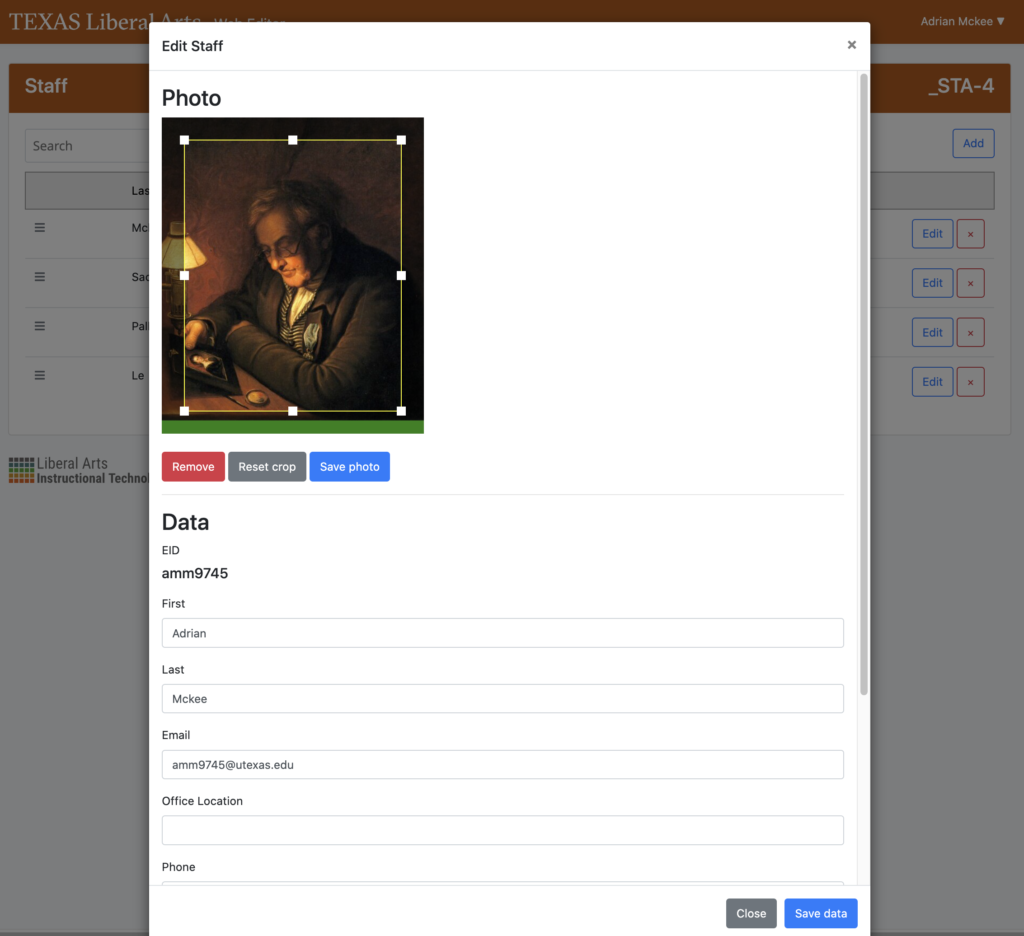 It’s much more efficient, and I’ve wondered why something like this wasn’t done years ago, but it’s a little sad too – I’ll miss the tedium of Photo IDs! Well, maybe not tracking down all the missing ones.

I’ve finally gotten to the point where I have my first page mostly-sort-of-kinda-constructed-ish in Figma. Here’s the draft drawing and the mockup side-by-side. 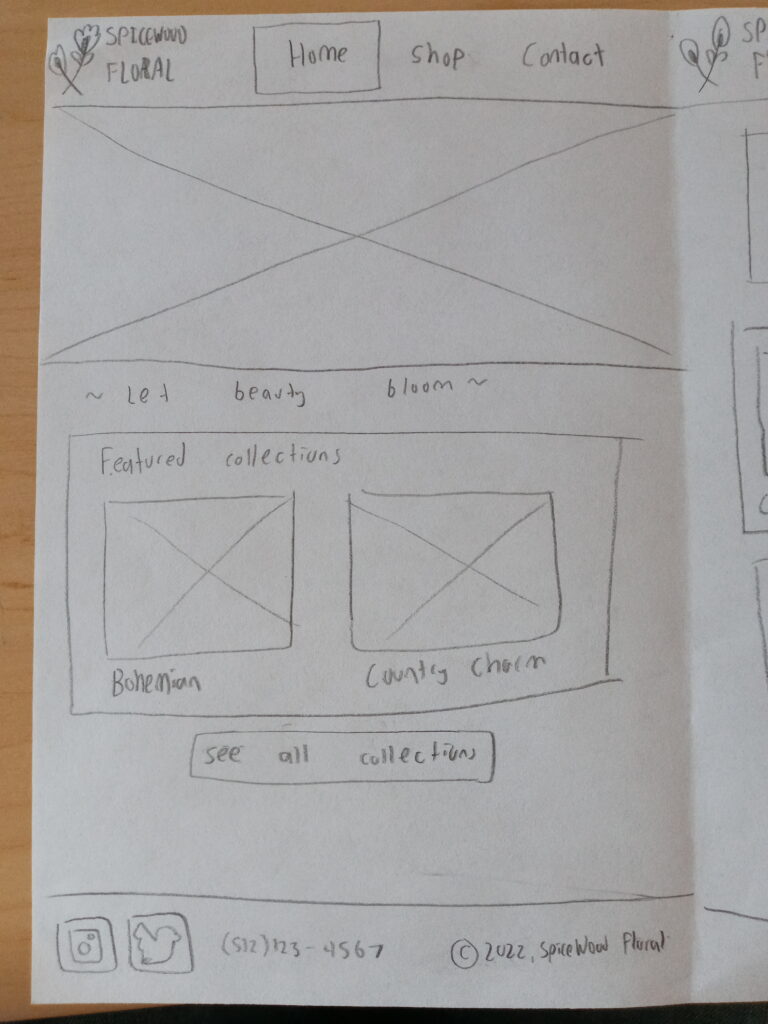 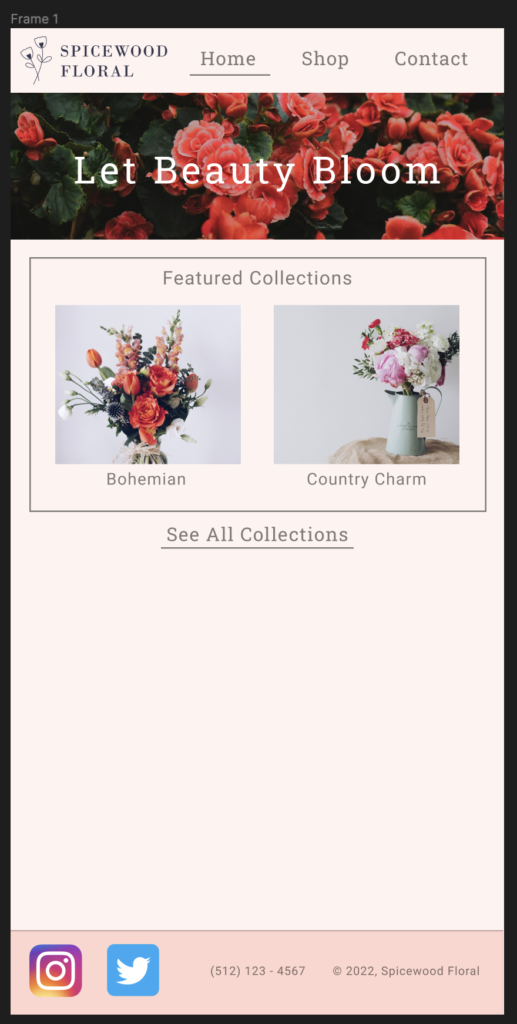 My workload is lightened with the Photo IDs wrapped up (forever…) so this is a good training to sink some time into while I wait for new projects to pick up steam. Figma has a LOT of room for trial-and-error learning.