In physics, a photon is regarded as having the properties of both a particle and a wave, depending on how it is measured. I’ve noticed that UT departments/majors/programs are similarly fluid in definition, and also subject to the observer effect, as I’ve found many pages for programs that no longer exist after I contact the administrators. Besides that, same as last week.

This one is pretty much finished. I ended up redoing the palette for higher contrast/visibility, and we’re probably sticking with this one. It also sticks to UT brand palettes more closely, with some flexibility (the “white” is a UT grey with 50% opacity). 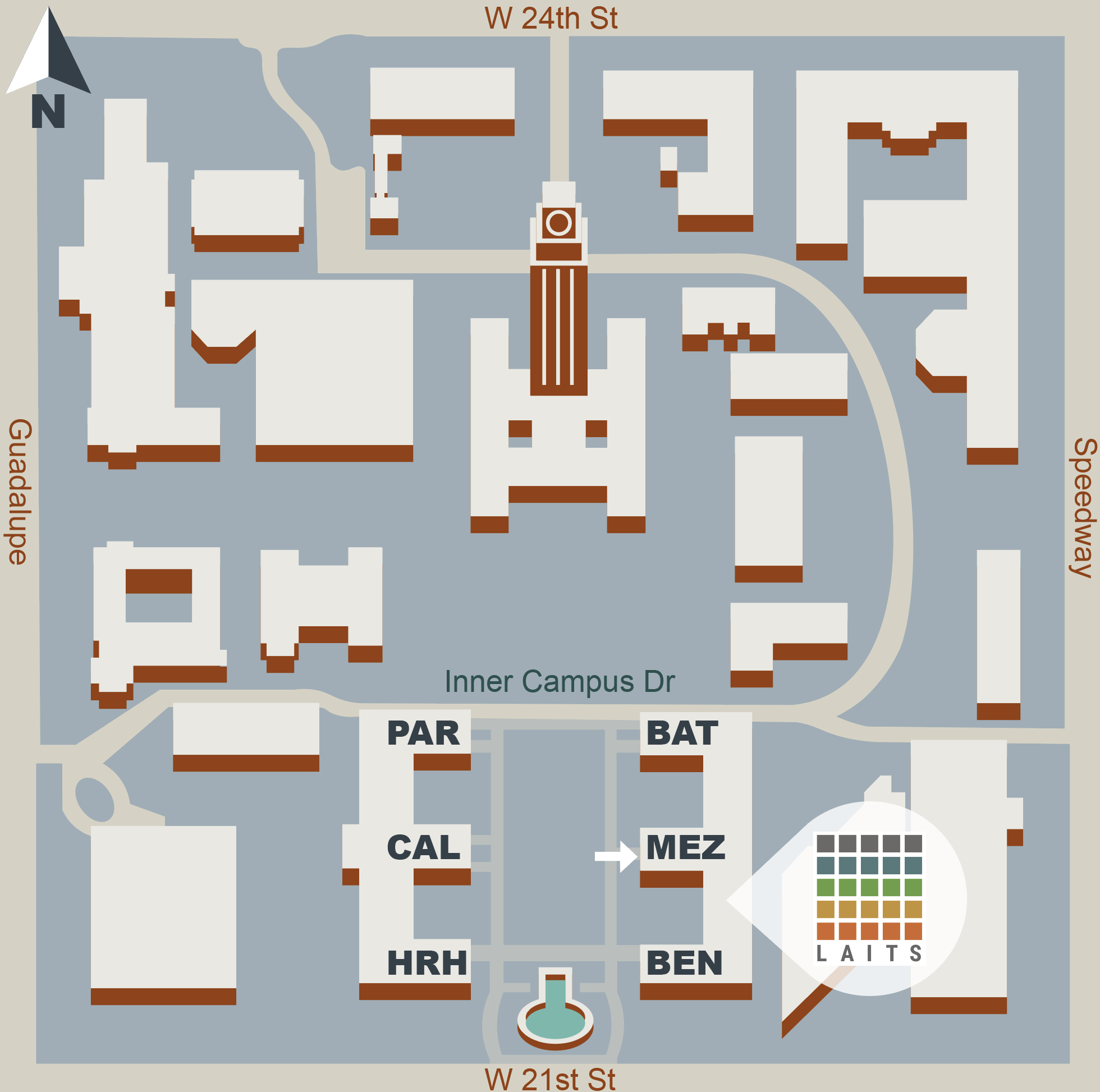 This training I started a while back, but worked intermittently awaiting feedback, so I just wrapped it up this week. The prompt was to design a magazine layout for a short article with 4 images. 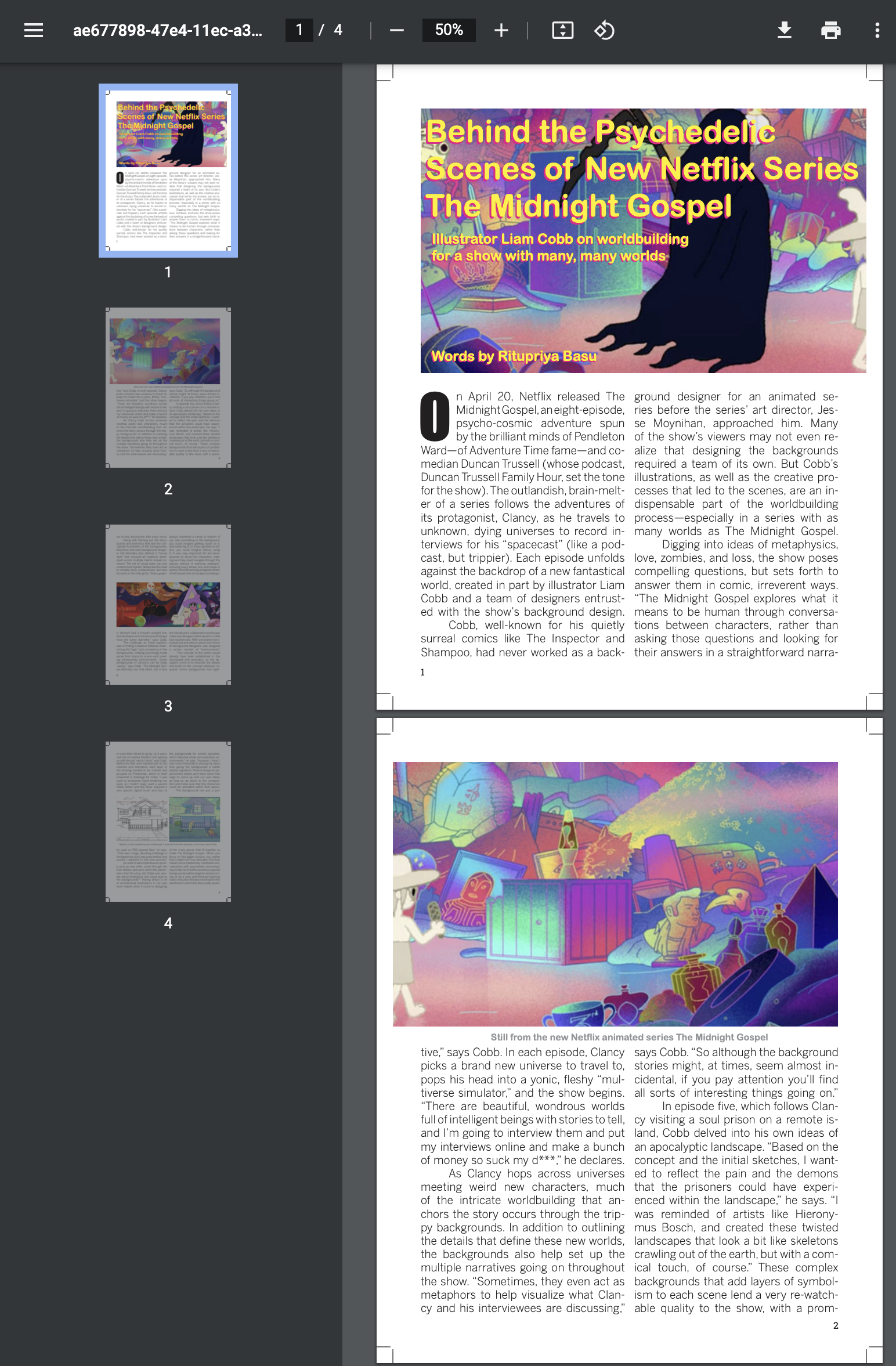 InDesign, like Illustrator, is a completely foreign language to me, and similar to illustrator, I think I’ve learned enough to ask where the bathroom is. This training was very useful for providing some basic skills, such as drop caps and multi-page formatting (my previous Ai training was only a 1 page poster). I’m waiting for 1 final round of feedback, and just noticing that I forgot to include any italics (which I believe is its own skillset in Ai), so wish me luck with that.

Hoping to pick up some shifts over the winter break, I’m working on a few web dev-related trainings Estella assigned me. The first completed was a basic intro to GitHub (and git in general). It involved writing up a readme file in VSCode, then linking it to a GitHub directory. Simple enough, right? 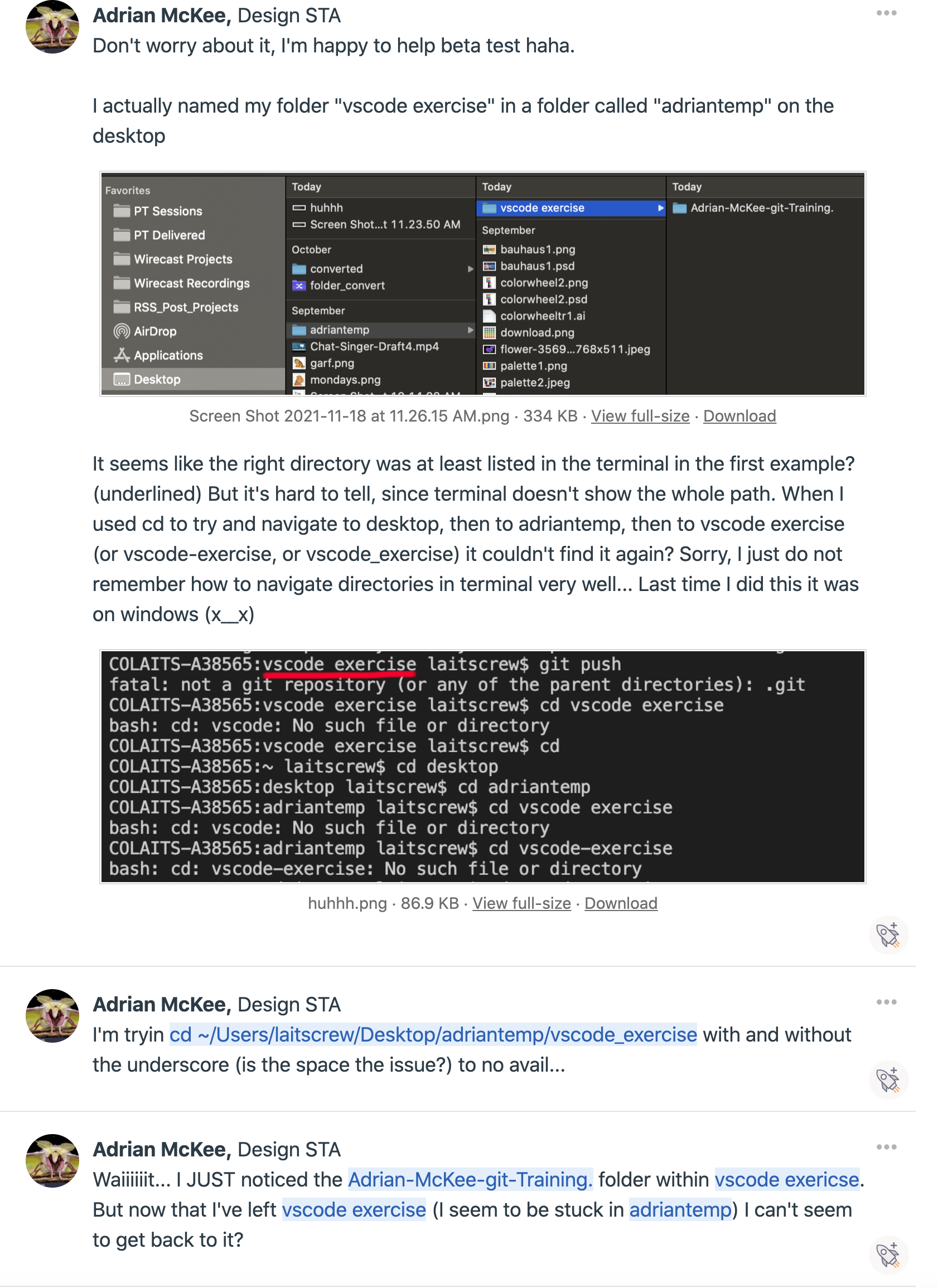 Estella ended up having to help me with almost every individual step. To be fair to myself, half the problems were outdated KB instructions (the UT GitHub has different access perms from when it was written, so I couldn’t really get the places I needed at first) but the other half was me getting hopelessly lost trying to go to the right directory in Terminal. Apparently, in macOS a folder with a space in the name has to be written as backslash-space, not underscore or dash or space or any of the other permutations I tried over and over again. Oops. 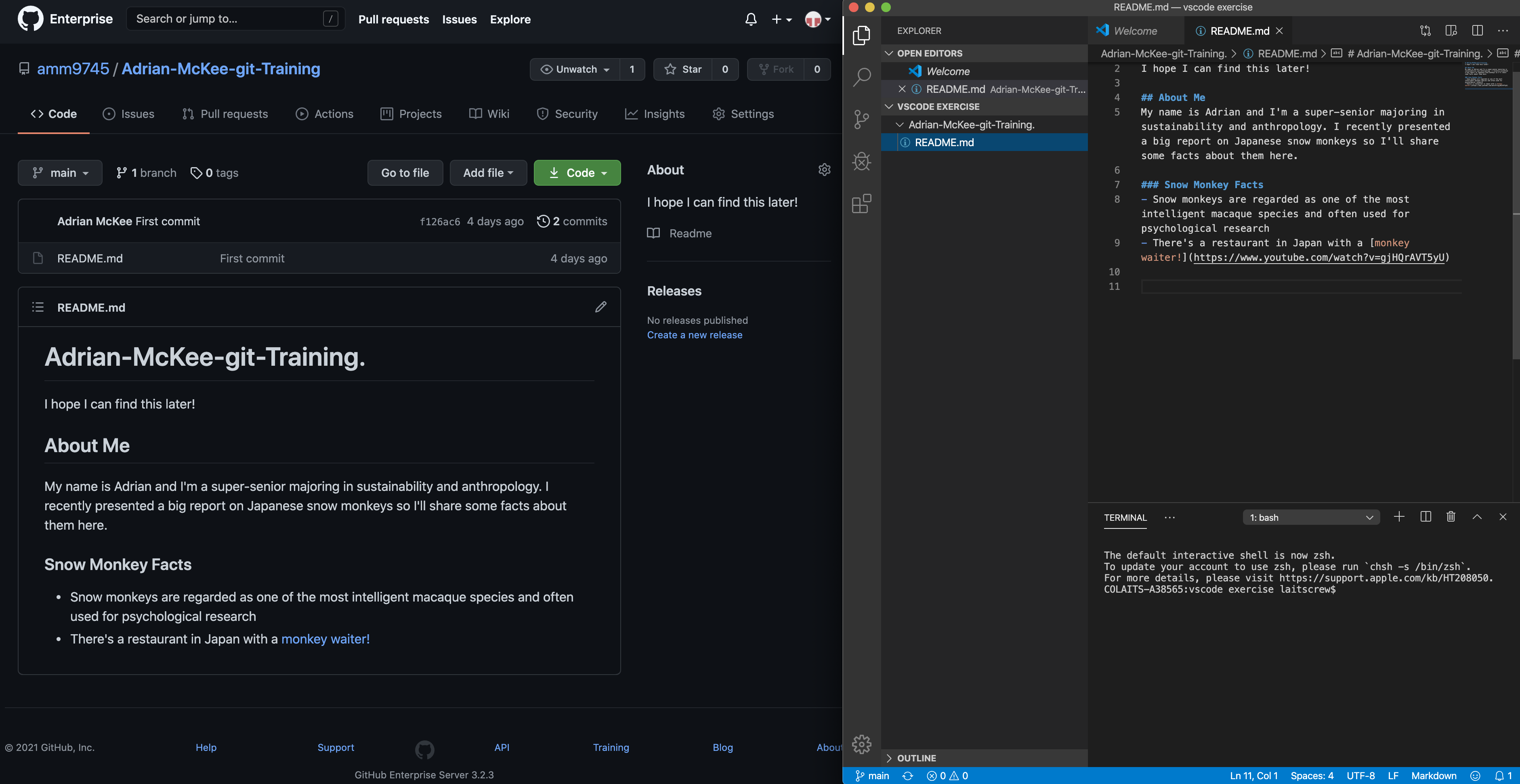 But I did get it eventually! Onward to course graphics~