I only worked one day between last meeting and this one so I don’t have much to update, but I’ve continued to compile the scene with the dirty dishes. Here is the progress: 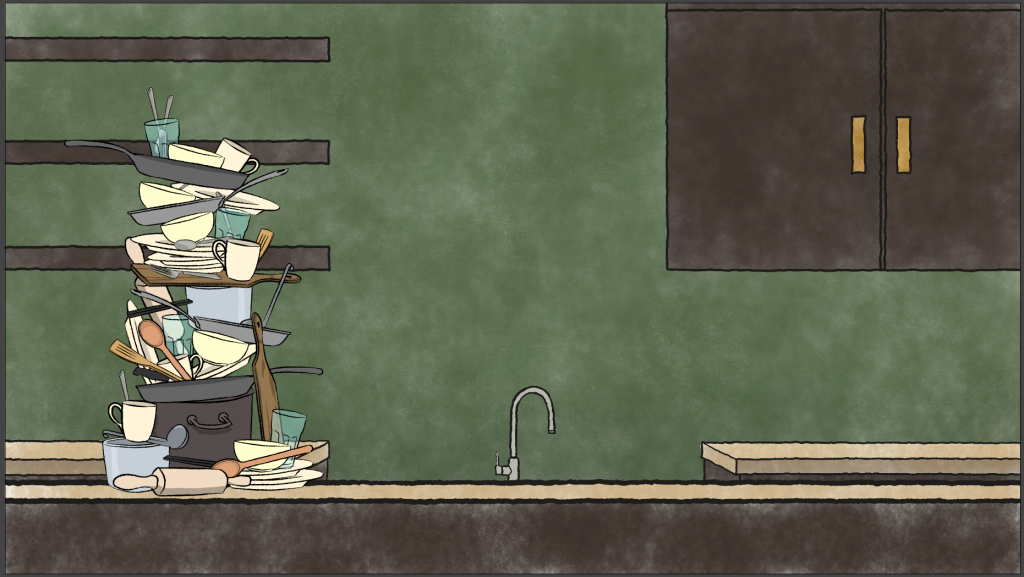 I started with the dirty plates stacking, but the scale was too small. Tate also told me to add more plates on the edge of the screen to suggest that the pile continued on past the camera. I also added more masking on the bowls so the overlapping looks more realistic. 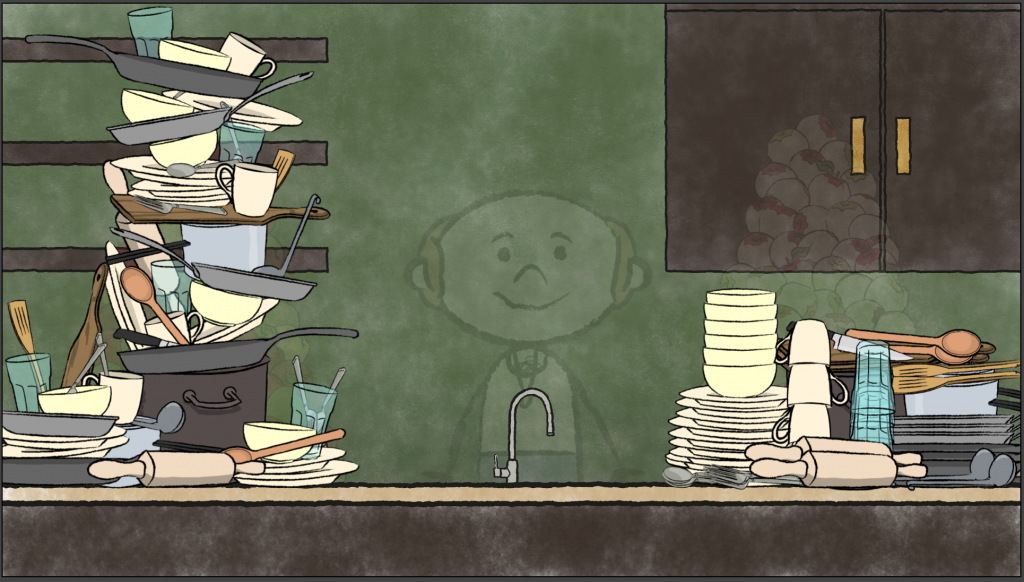 Then I created the clean dishes pile, and put masking on all those bowls and cups too. Unfortunately, Tate told me there were too many rolling pins. 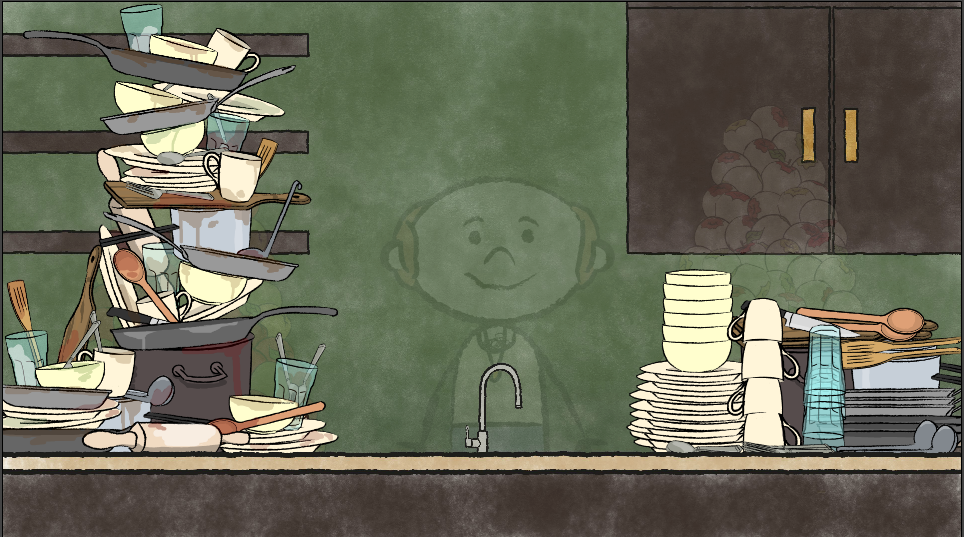 So finally I have the dirty dishes actually “dirtied” up, and I’ve killed off the other two rolling pins! The dirty splotches were just made by a semi-opaque brush with brown, green, and red hues. Well the cafe owner has a lot of work to do… this looks like a not-fun job!!