Well, somehow I finished up my second week as an STA. This was my first full 12-hour week, though it went by impressively fast. I’ve become very comfortable using the Mac that is second to last on the right side of the room. I fear that it will not always be the one I use, but I will cherish it for now.

This week I primarily worked with De’sha and Megan on the Animation Stinger refresh assignment, where we are adding animations to the stinger templates with adobe After Effects. I first created animatics on Procreate to quickly sketch out my ideas for the Chat, Instapoll, and TA discussion animations. I made several versions and drafts for both, but these are the ones we decided to stick with:

After I finished this, I began the actual animation for the Chat Stinger.

I first edited the chat Illustrator file and added in two smaller bubbles that I will later animate in After Effects. When doing this, I made each of the three dots a separate object from the large chat bubble, so that I am able to remove them later in AE when I replace them with masks. To create the smaller bubbles, I: 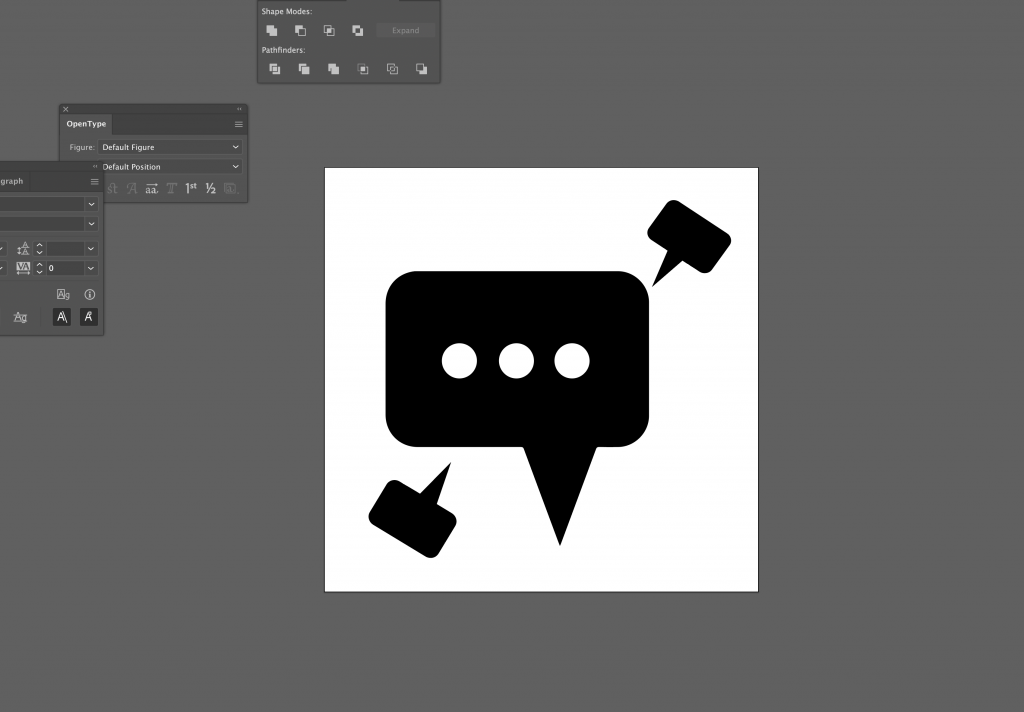 After this, I imported the .ai file into the main After Effects template we are using for all the stingers. I imported this as a composition, and placed it next to the other animation compositions that already exist in the template (right now, the only other one we have done is the Survey stinger). Inside the composition, I created three masked circles to replace the ones with color in the .ai file. This way, the circles will be transparent and fit over any color background that is used in the template. 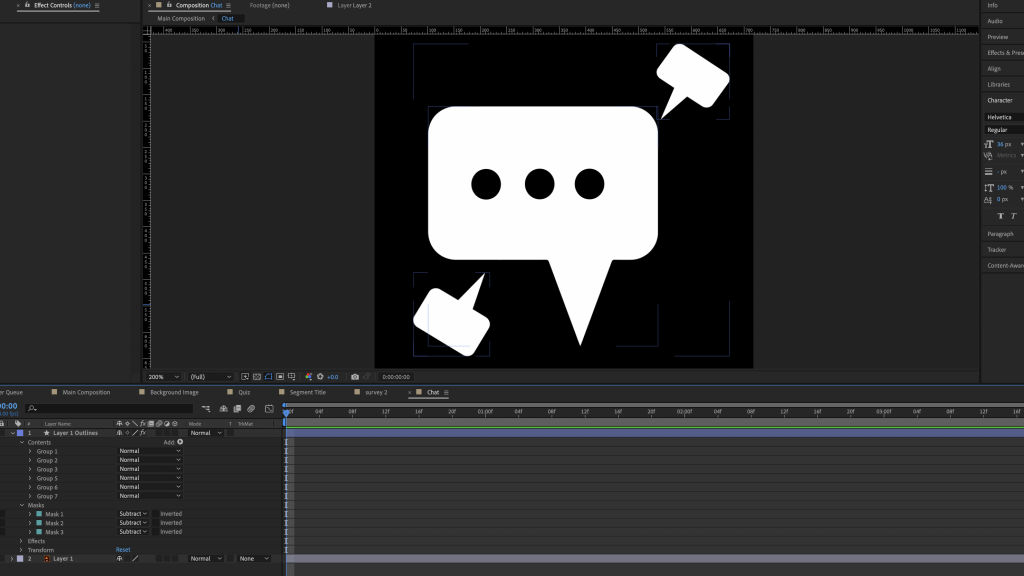 Next, I went back to the main composition, and edited the text on the left side of the screen to say “Chat Time.” We may change this later to be slightly larger.

Next week I will animate this, as well as the other stingers. I may also change the shapes of the bubbles to be more rounded, depending on if it fits the theme.

Have a great Labor Day weekend!