Stage I: We met with Celeste and gathered these basic parameters for the logo:

I went for a box design since the client seems to like the “in” aspect of UT in Context, but before we get to develop my first draft, Suloni had another meeting with the client and brought back the news that the client would like to see their original draft refined. So we are moving forward with one of the sketches they provided us: 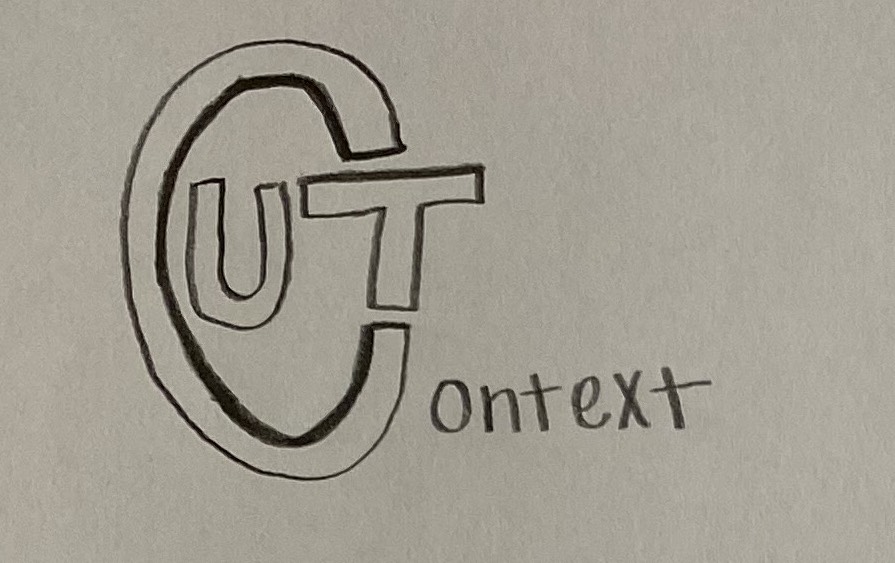 Stage II: New parameters provided by the client:
Abriella and Suloni both suggested to try the paint and scan method, so here’s me trying it:
1. Made some “C” with different brushes and paint 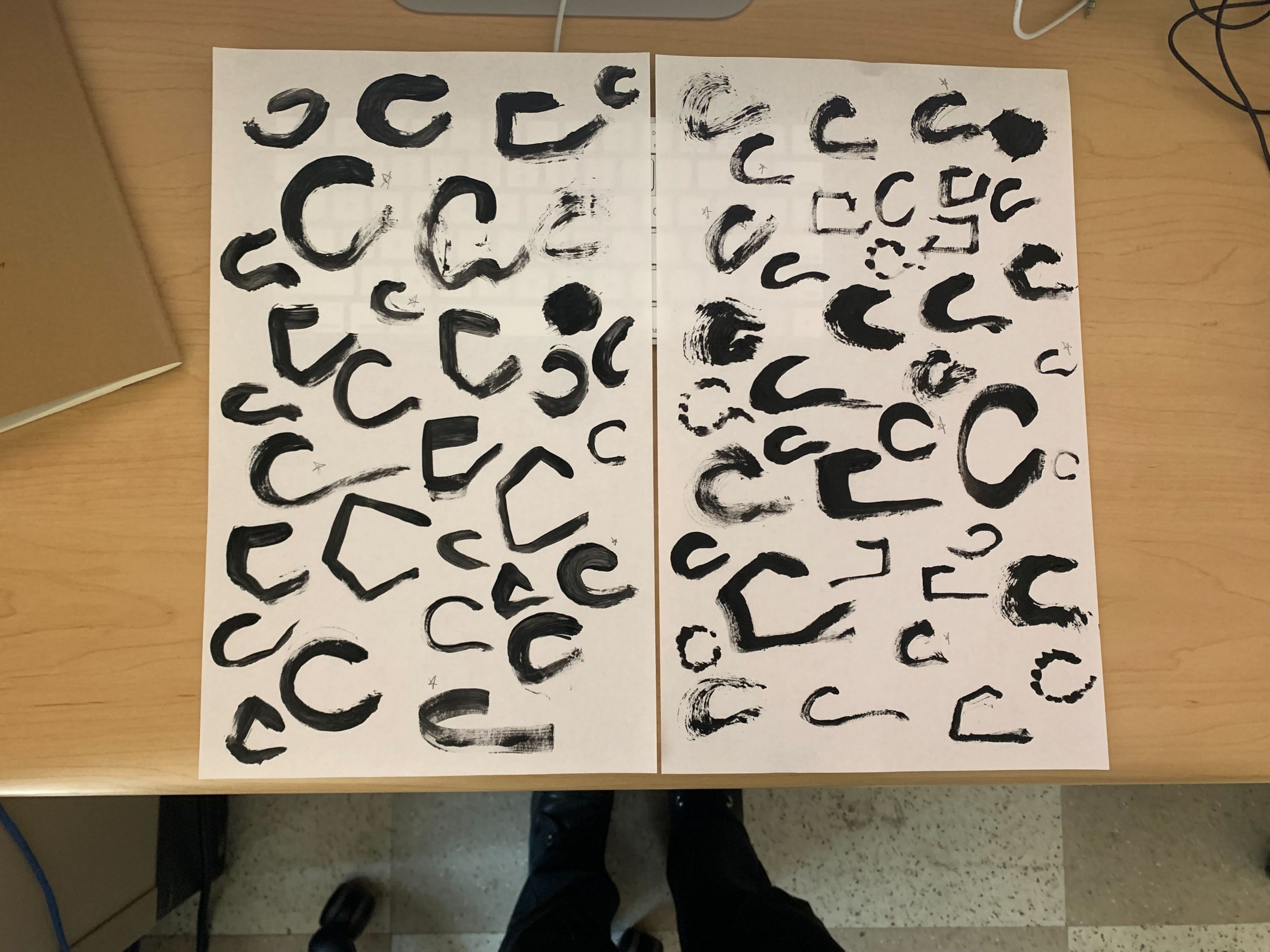 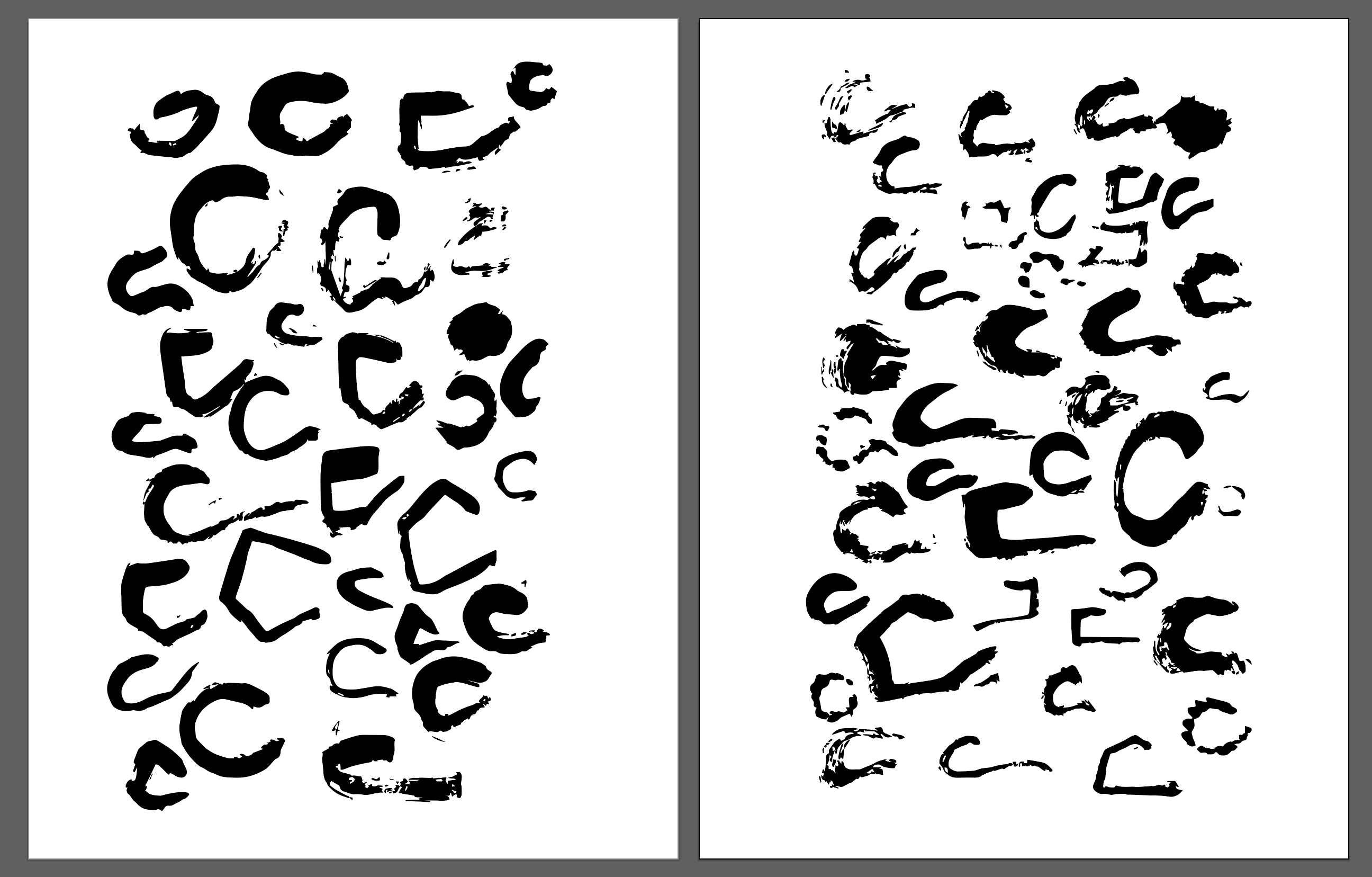 Abriella marked the ones with potential, I will continue developing and refining those. 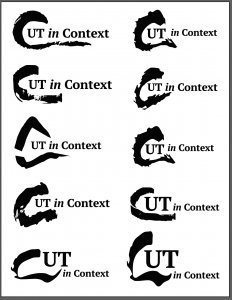 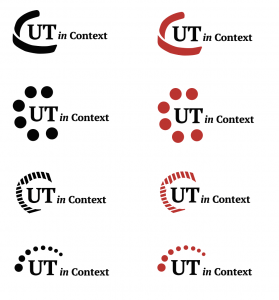 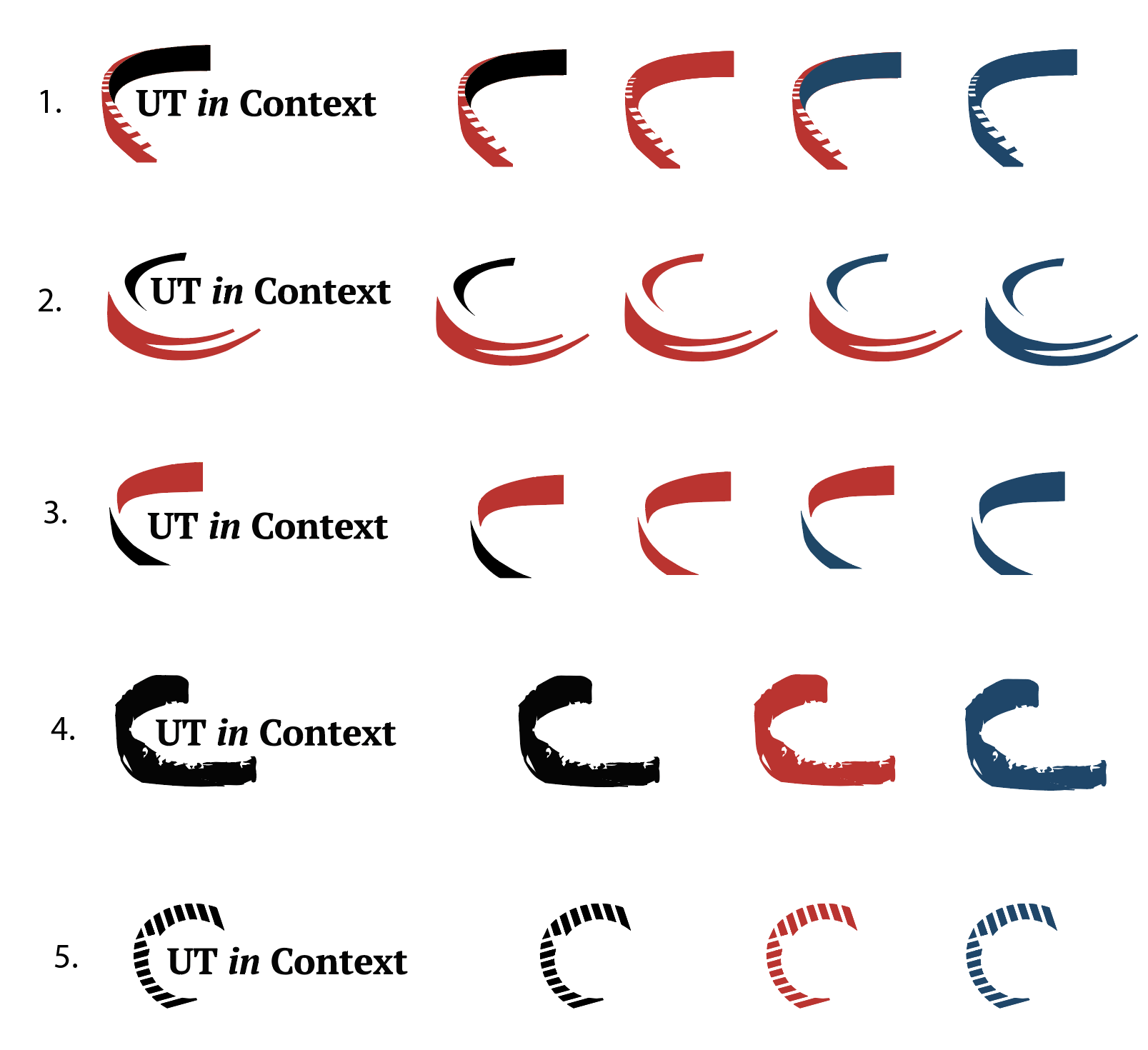