Scene description: Polina and Oleg are sitting inside a homemade pillow and blanket fort. They’re reading a book by flashlight.

I started by roughing out a composition in Photoshop. 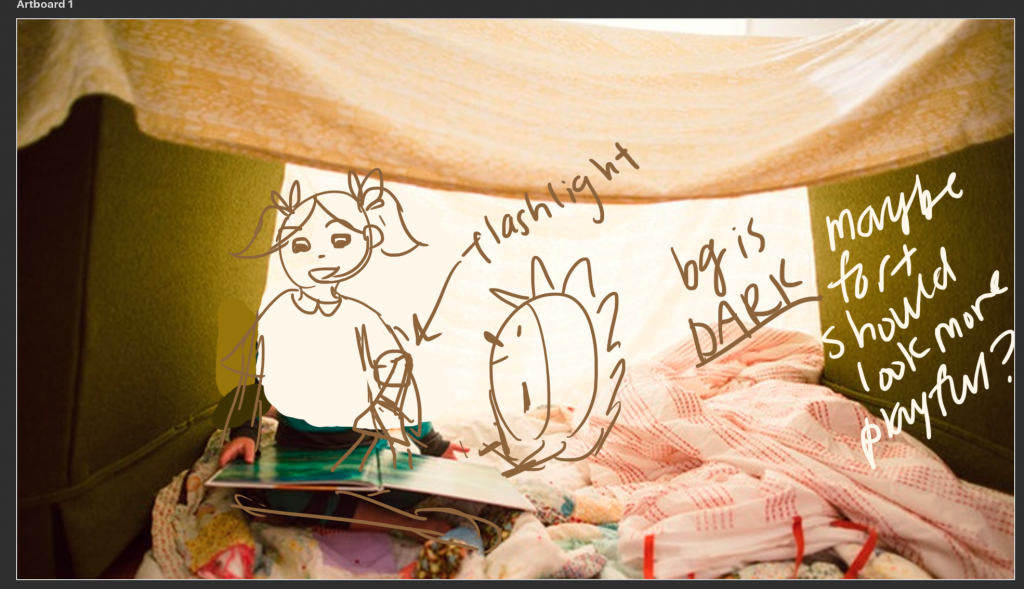 After some feedback, I decided to reuse the living room scene background. 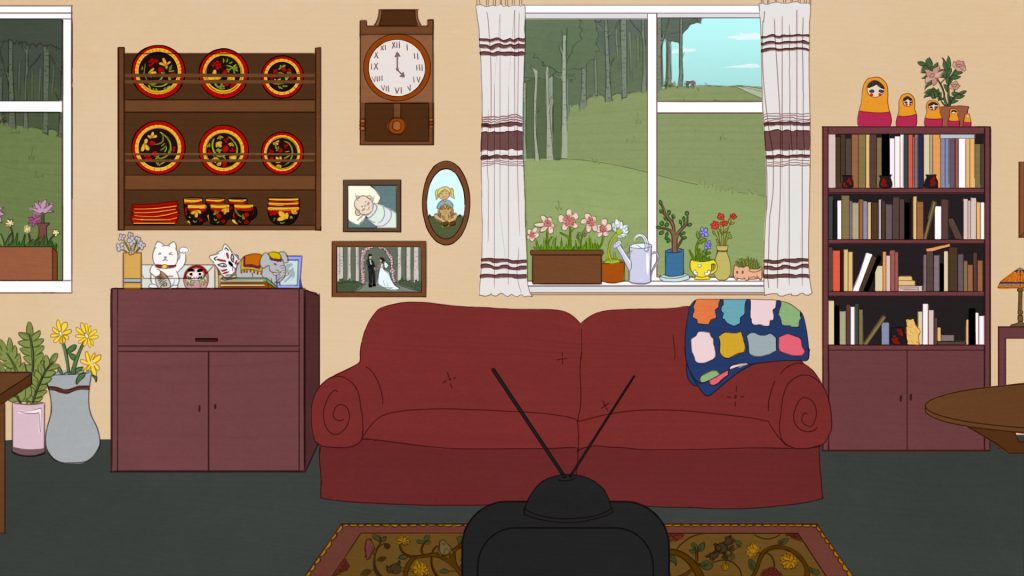 I started placing in the puppets and began to roughly draw in the overall structure for the blanket fort! I wanted there to be multiple blankets and to make it clear that it’s being held up by various objects that may be found in the living room area… such as tables and chairs. I also edited the living room scene to make it look like it was taking place at nighttime. 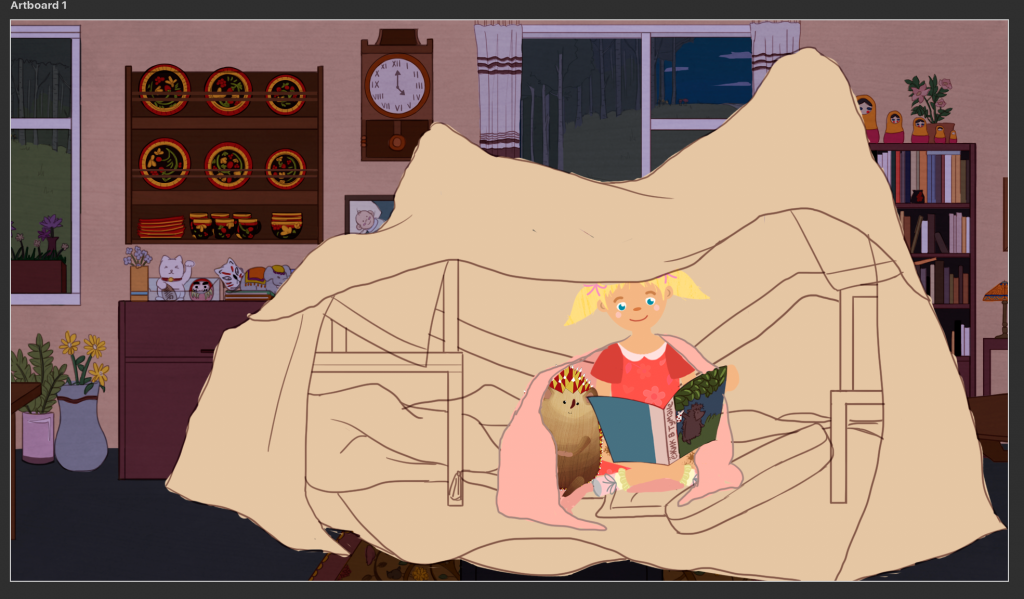 Started blocking in colors and repositioned Polina so I could add the flashlight she’s supposed to be holding. I also thought adding Christmas lights would add a fun, dreamy touch to the scene. I also added in a stack of books as a fun extra detail. 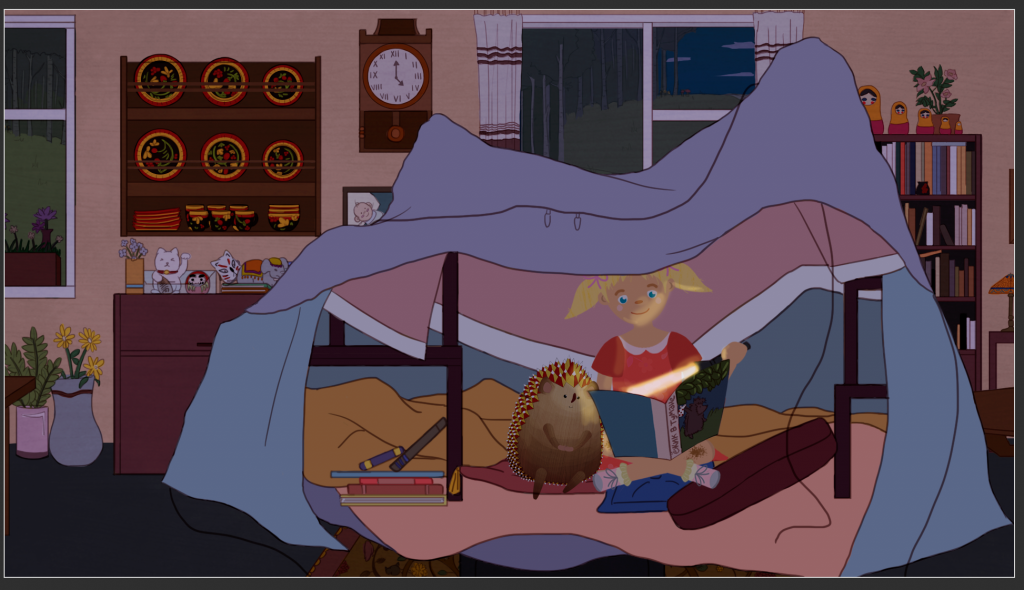 I finished adding in the extra lights and added a glow. I also gave the blankets different prints to make the scene more playful and colorful. 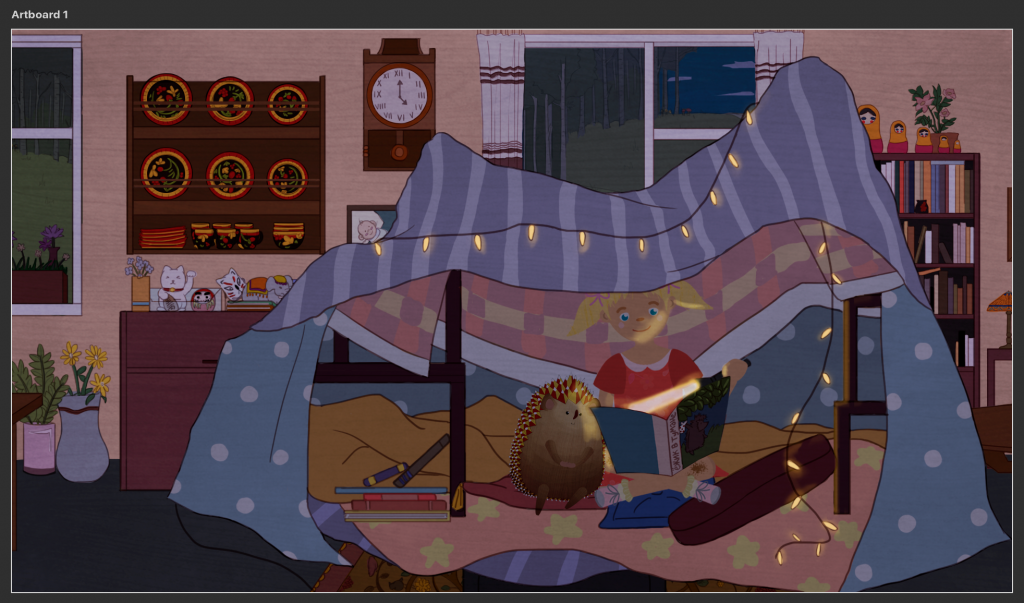 After some more feedback, I added more lighting and some shadows to create more contrast… I also changed the background so that the lamp would be lit as well. I also changed the time on the clock and aded some stars and the moon outside in the center window. 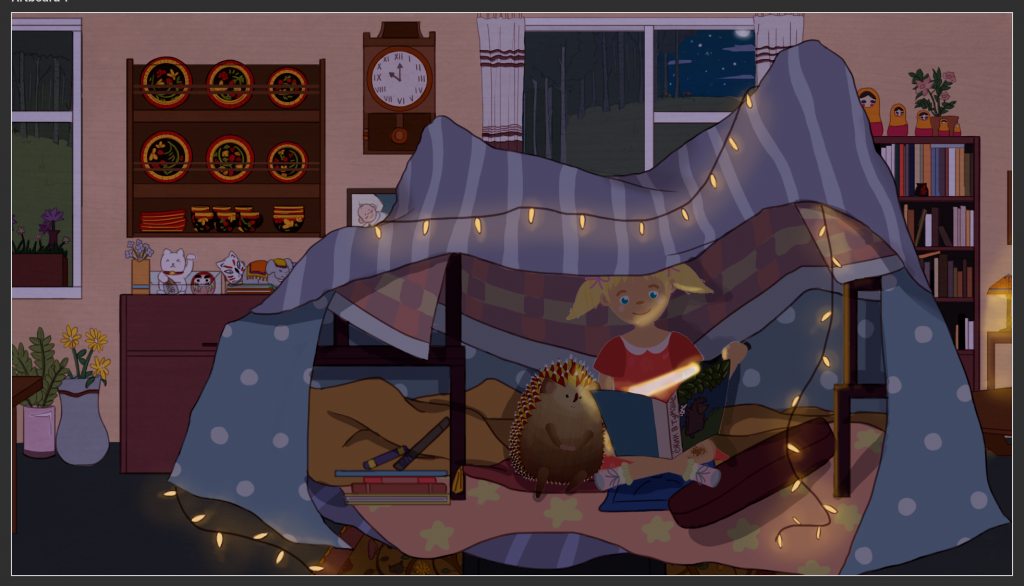 I finally added some finishing touches and made some minor adjustments to the lighting… I tried to make the lights more “glowy” and adjusted the shadows so that they would make more sense with the light sources… I also added some lighting to the trees outside as an extra detail, which I feel really pulls it all together! 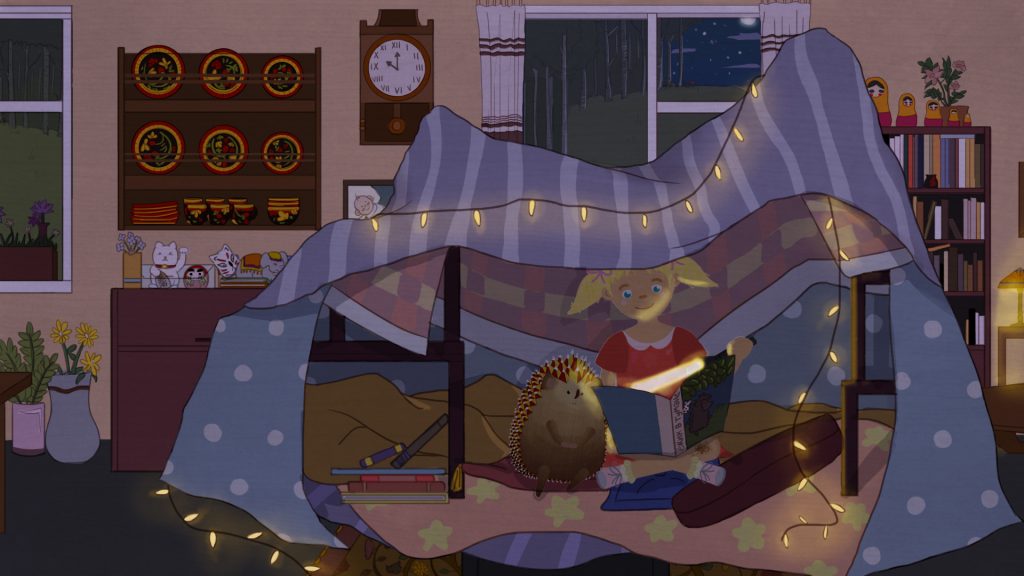 This was a really fun scene to illustrate! I really wanted to capture a playful, dream-like feel… Almost a little nostalgic? I hope I was able to convey that!