I’ve finished the rebuilds of Talking Hands and Parade animations. The Parade one was relatively simple, but the Talking Hands was probably the hardest interactive I’ve done yet. It involved adding many features to Canvasser which Ruben graciously added. 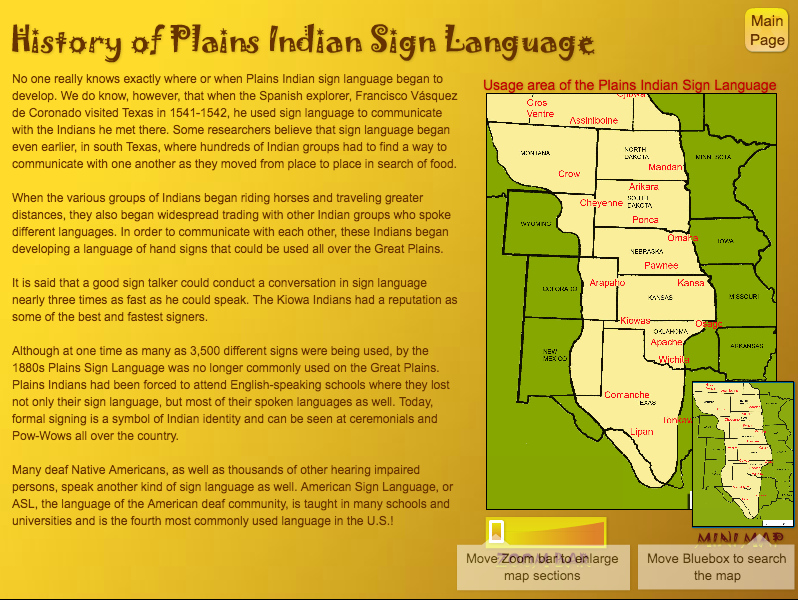 The hardest part to redo was this frame which involved a slider which controlled a mini map and the large map. You could then drag the mini map to move around the large map. This involved adding multiple constraints for each elements such as the slider position controlling the scale of the minimap and the large map. If you want to see the final version you can see it here: https://dev.texasbeyondhistory.net/st-plains/kids/talking/index.html