In the past couple of weeks, I worked on two more animations for Texas Beyond History Kids. One of these was an animation called ‘kids-sandals’ where I had to recreate an animation of the main character–Dr. Dirt–walking across the screen using still images. He would periodically shout certain phrases with various images attached, so I grouped these images together to make it easier to work with in our tool Canvasser. Other than the long animation, ‘kids-sandals’ was a lot of work but didn’t need much creative thinking. 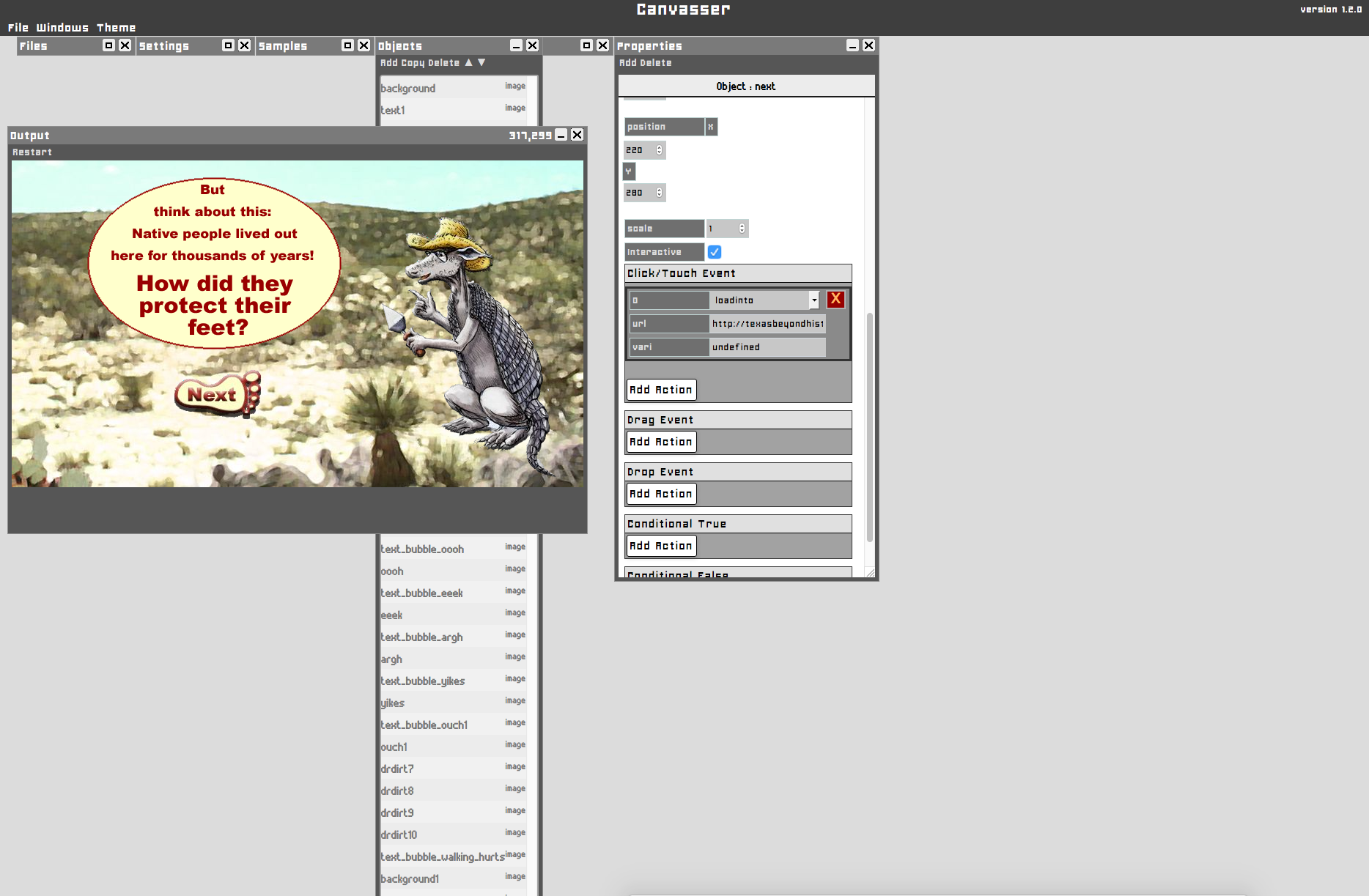 The other animation I worked on was called ‘detectives into the past’, and I worked on this with two other STAS–Nick Lavigne and Rodrigo Villareal. The entire animation was 30 frames long, so we divided the work amongst us. In the end, I did frames 10-21 over the course of two weeks. This animation required me to use a feature of Canvasser I wasn’t familiar with before called ‘Var’. The Var feature of Canvasser was the first time I had to use conditionals within the program. 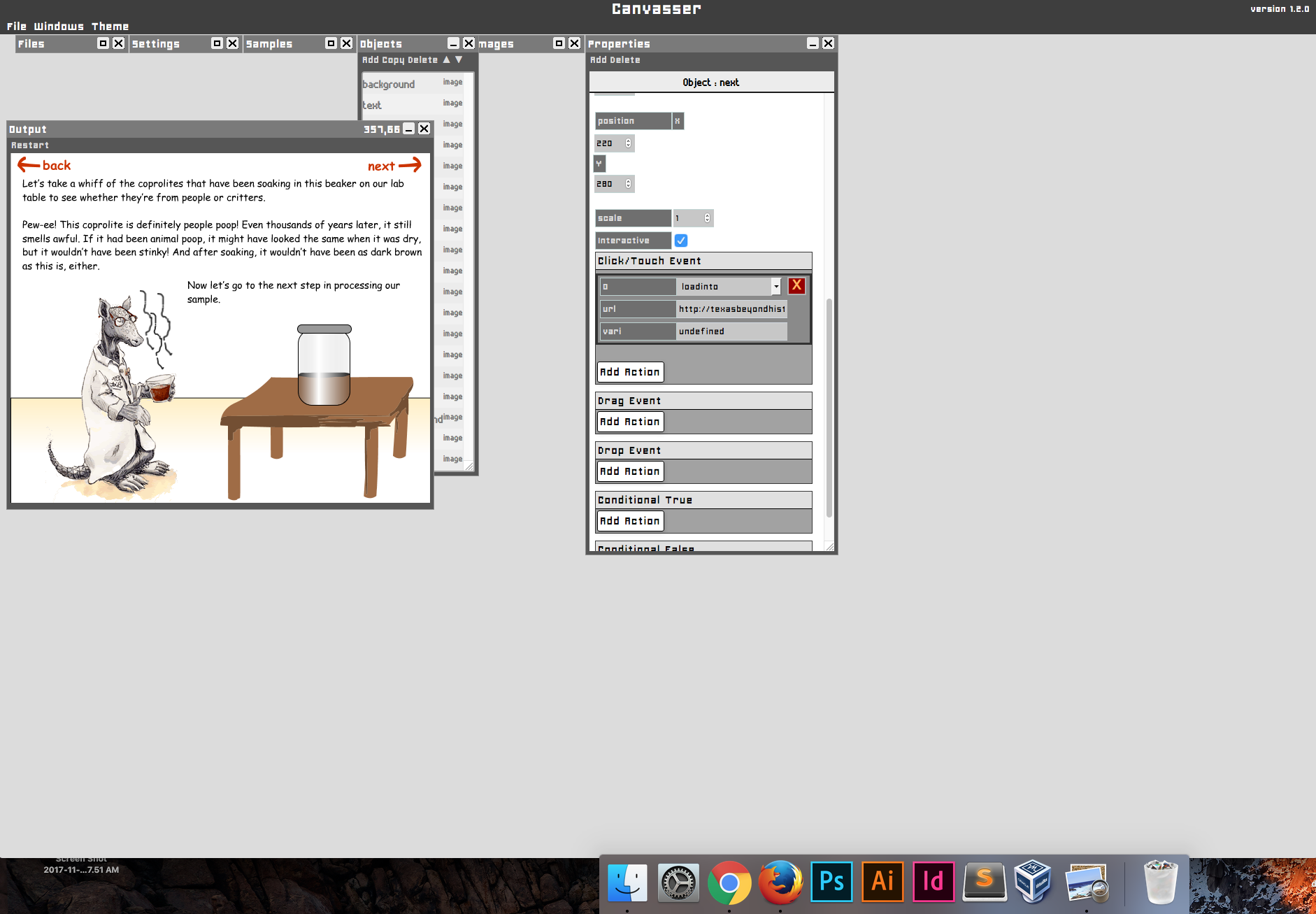