So after Suloni and Ruben presented our final draft of TBH to the people in charge they found some issues with the interactives. Suloni created a special committee with STA’s Chloe and Esther to help us look over all of our interactives and find any differences between them and their Flash counterparts. For this we used a new version of the spreadsheet that helped us visualize the status of each one. I basically have spent about 2 weeks fixing all these problems. 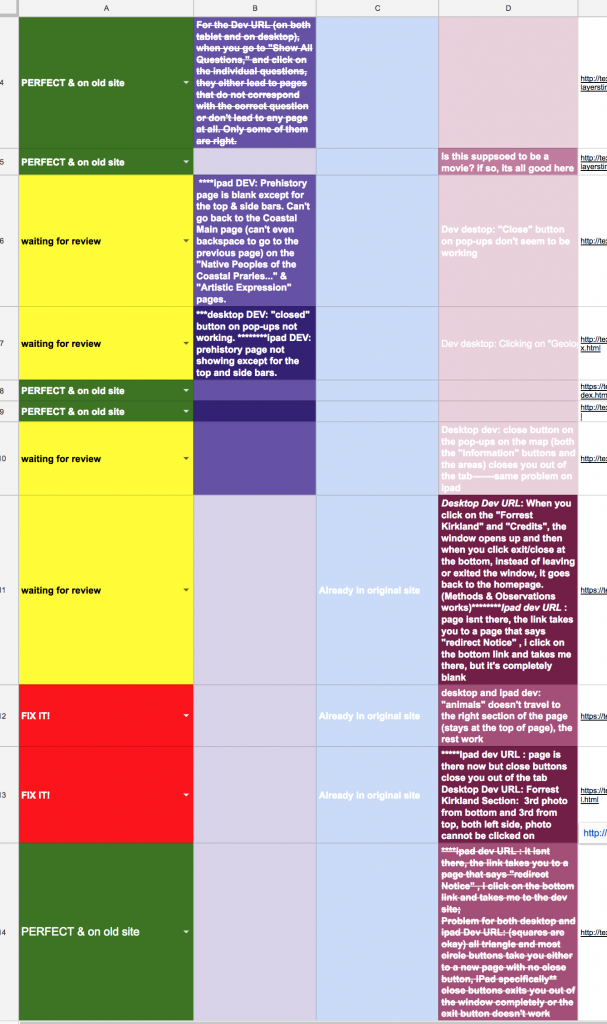 We discovered a lot of problems with the links in the site especially. This is because the original page was not made to work along with our new Canvassers. In order to completely fix this Ruben created an algorithm that detected every time an interactive opened an external page. Tate and I had to look over all these instances and fix the ones that linked back to the interactive.