This past week I have been really busy doing things for the RUS412K project! I did some character creation training for Tate and was tasked with creating a Garbage Man. It was my first time, and I have to admit: I was very confused! I ended up making a lot of edits on the wrong symbol. (Whoops!) Here’s how my Garbage Man turned out! 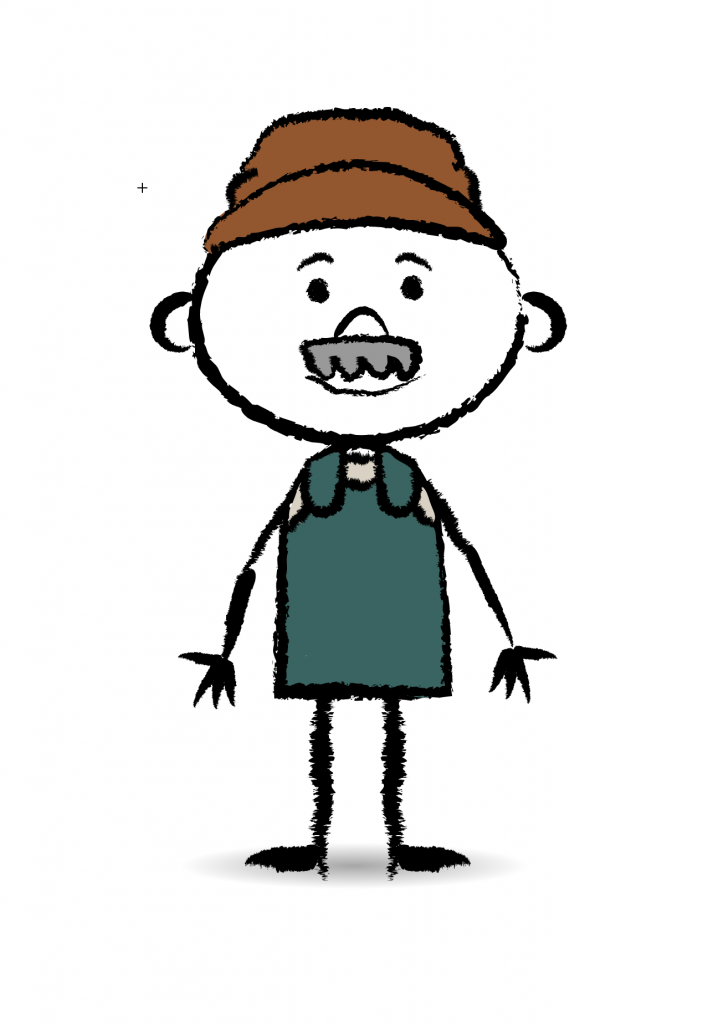 I also briefly attempted to do something for the This Is Democracy podcast, but I didn’t have time to finish it. I just sketched out something very quickly and tried to block in some colors… Here’s my process!

First, I did some rough thumbnail sketches of what the composition could possibly look like… I just made some squares and sketched inside them on a separate art board. 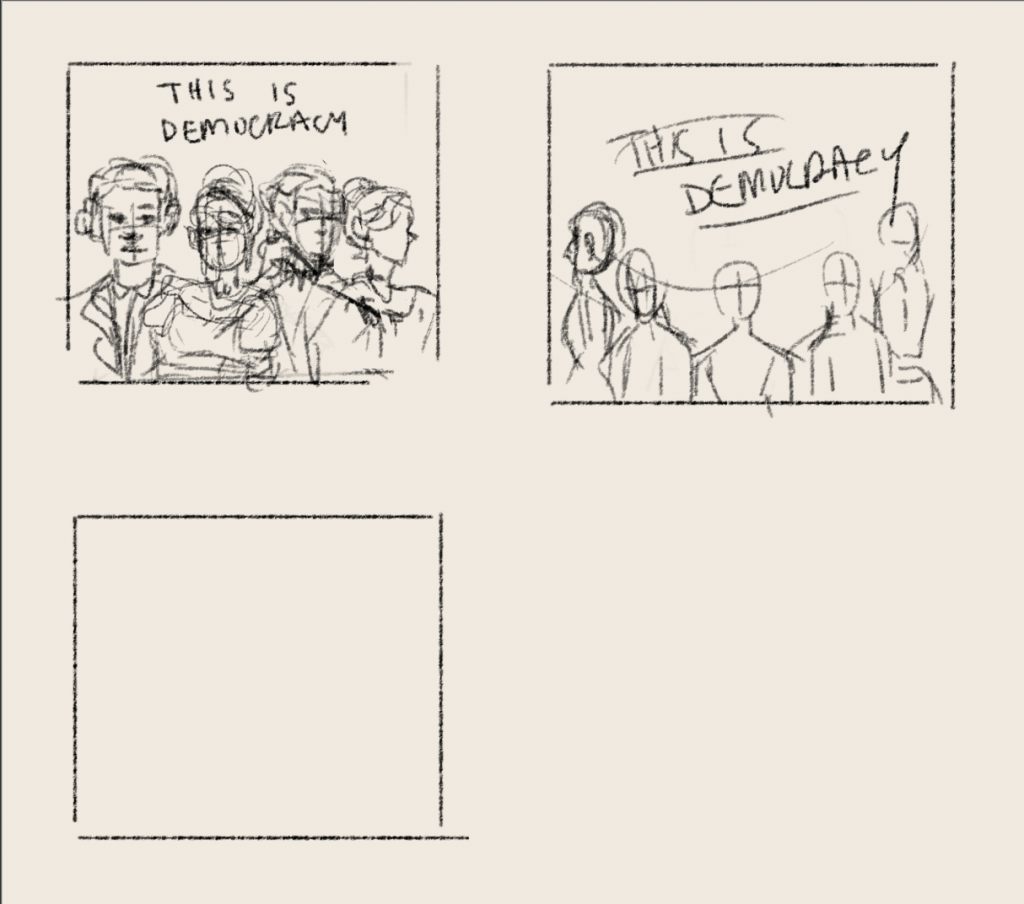 I then roughly sketched out one thumbnail I was relatively happy about. However, I ended up scrapping it because I wasn’t really feeling the style. 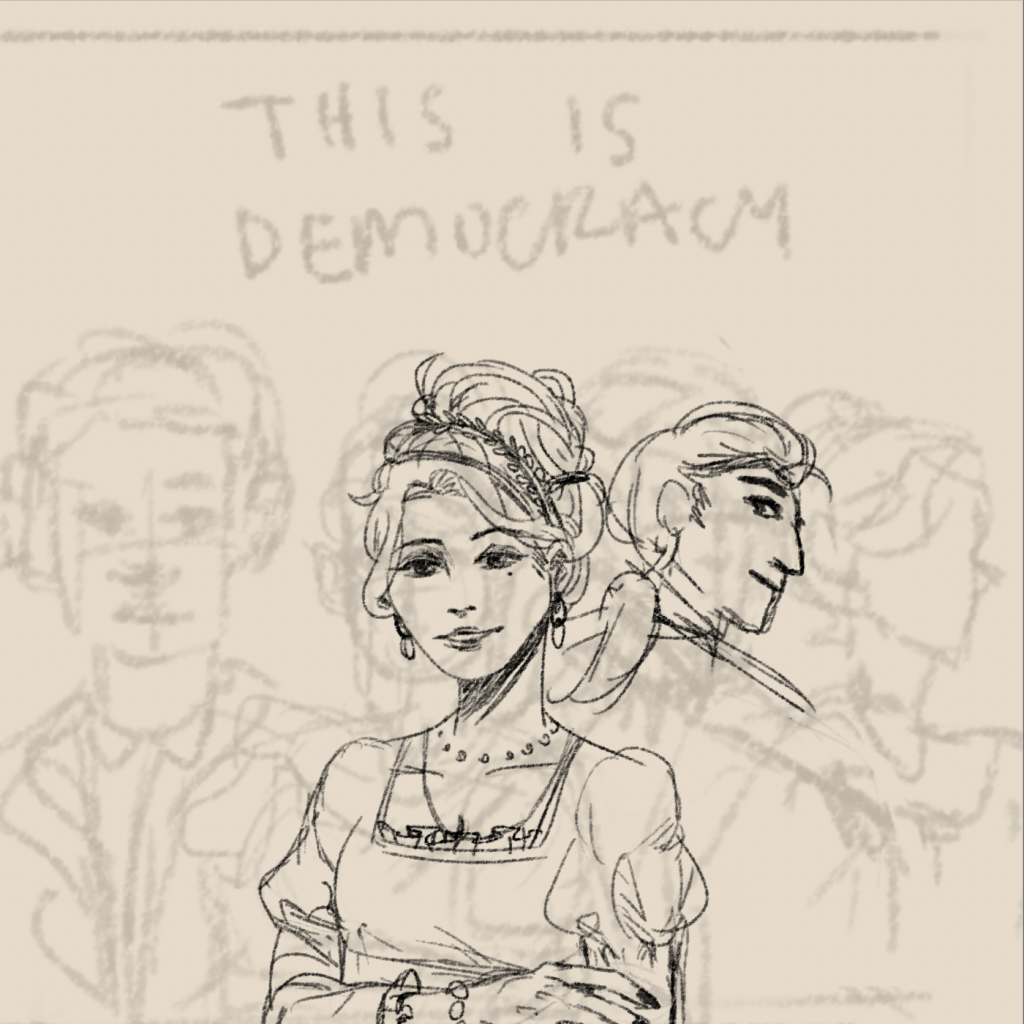 I tried to make something similar but in a completely different style. Now it feels very fun! A lot more cartoony and still kind of anime inspired. 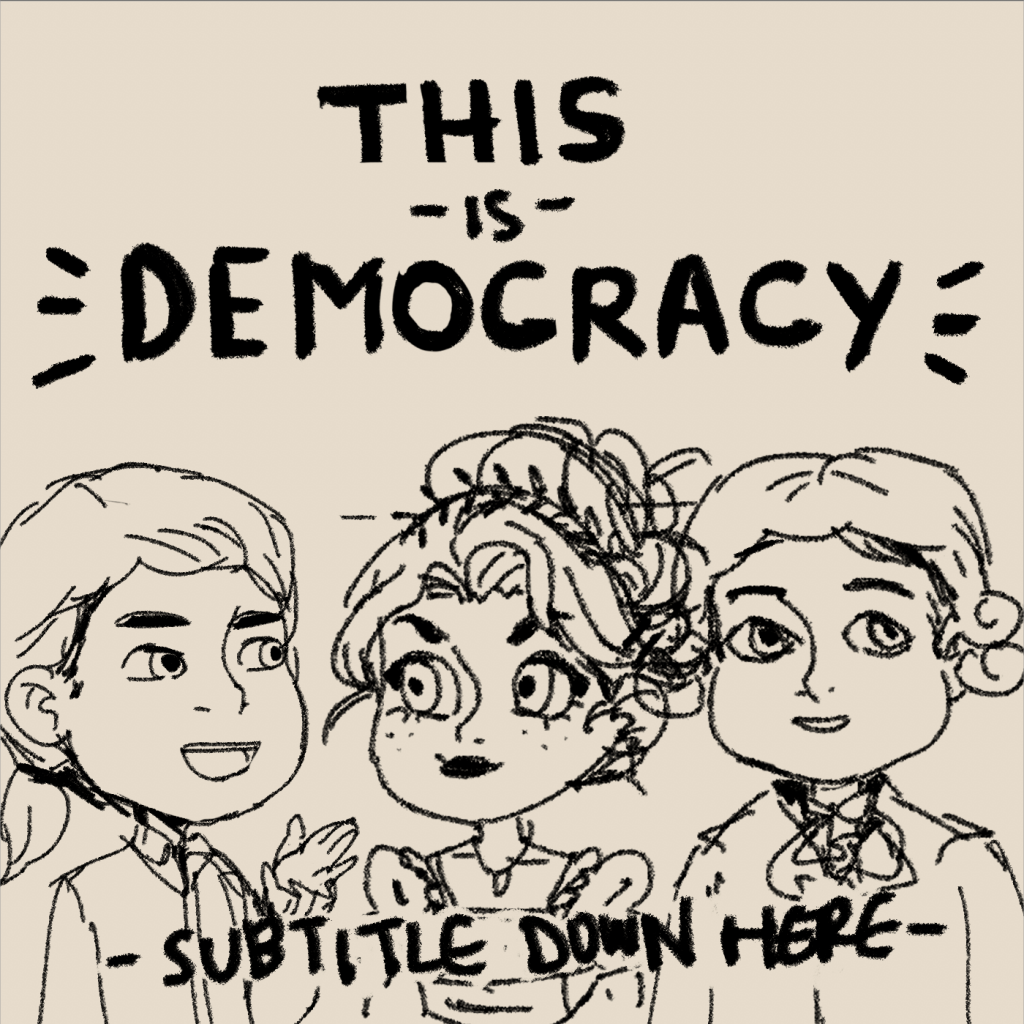 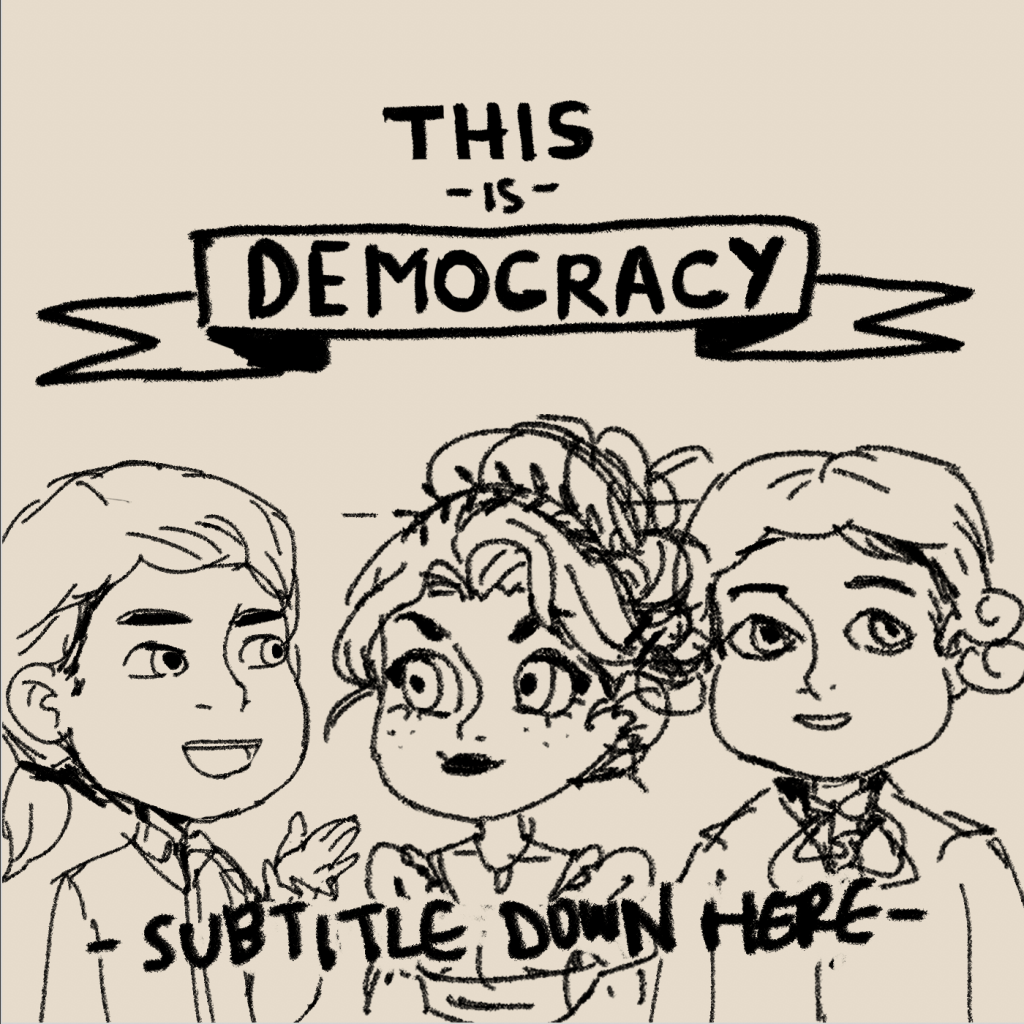 I knew I didn’t really have the time to work on this assignment, but I started blocking in some color anyway because I thought it’d be a fun break from RUS412K work, haha.

Here’s my process for that and how I organize my layers for lineless artwork in Photoshop! 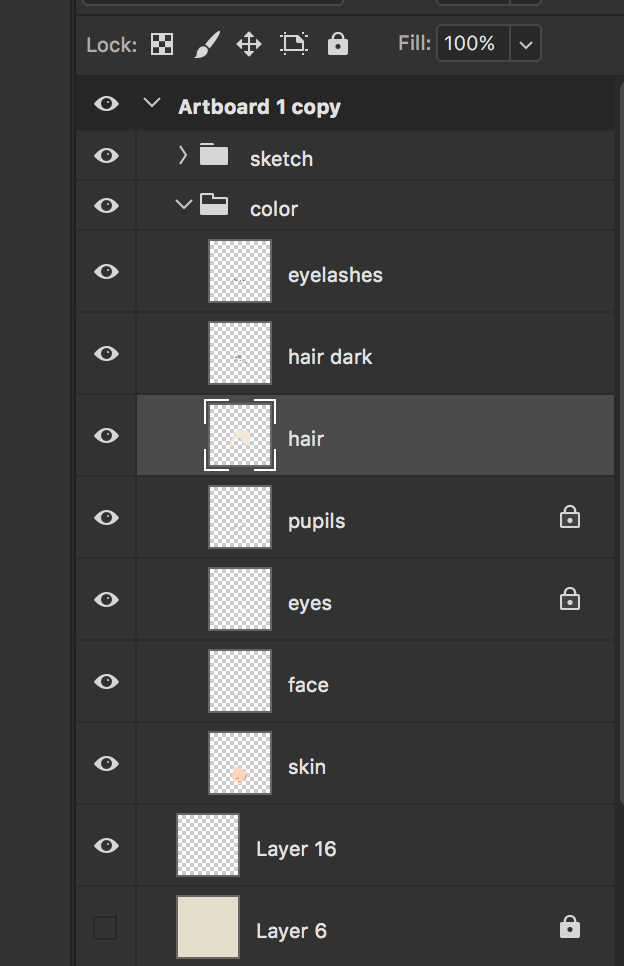 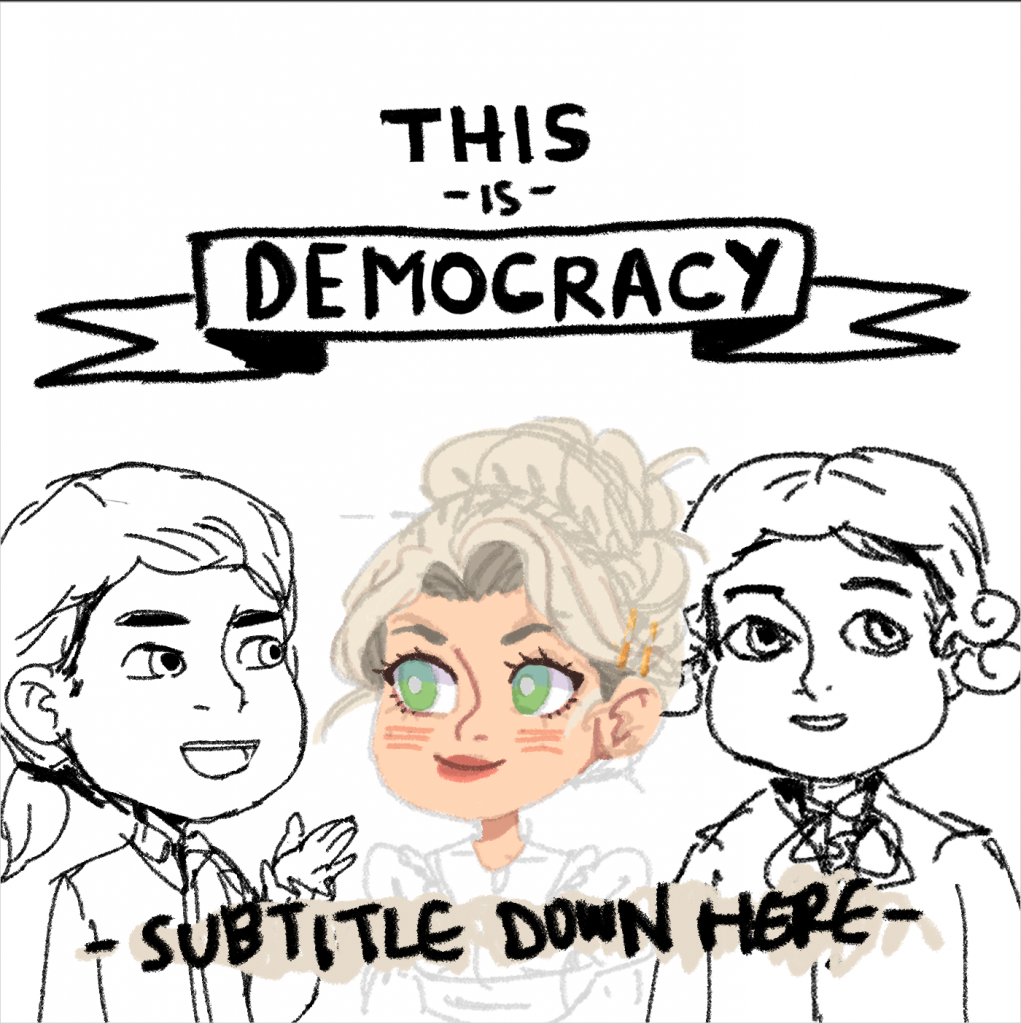 And here is what I managed to get done before my shift ended last Tuesday. 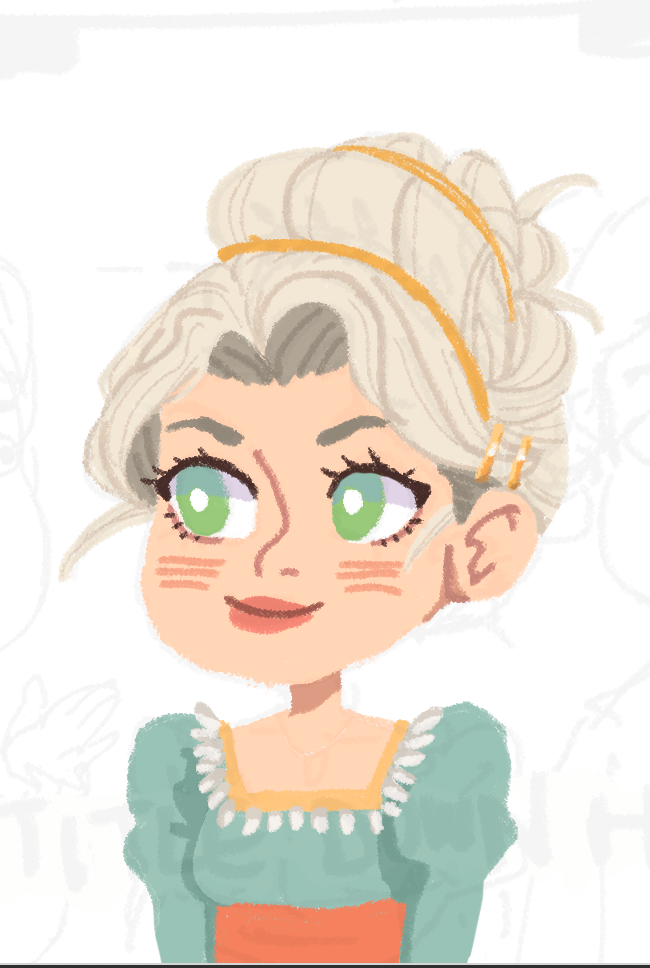 Now moving back to Russian… I finished an edit: 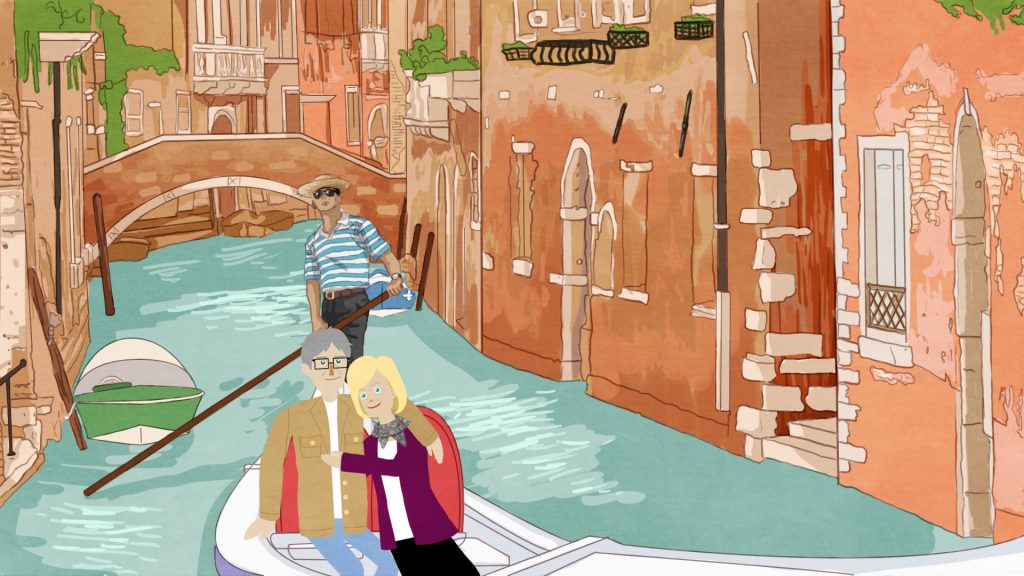 I also made another very long post on Basecamp updating everyone on the illustration team about the project after having a short meeting with Heather :^)

For the RUS412K banner, I found a reference image with Suloni and Heather, and I just wrote up some notes before leaving yesterday! 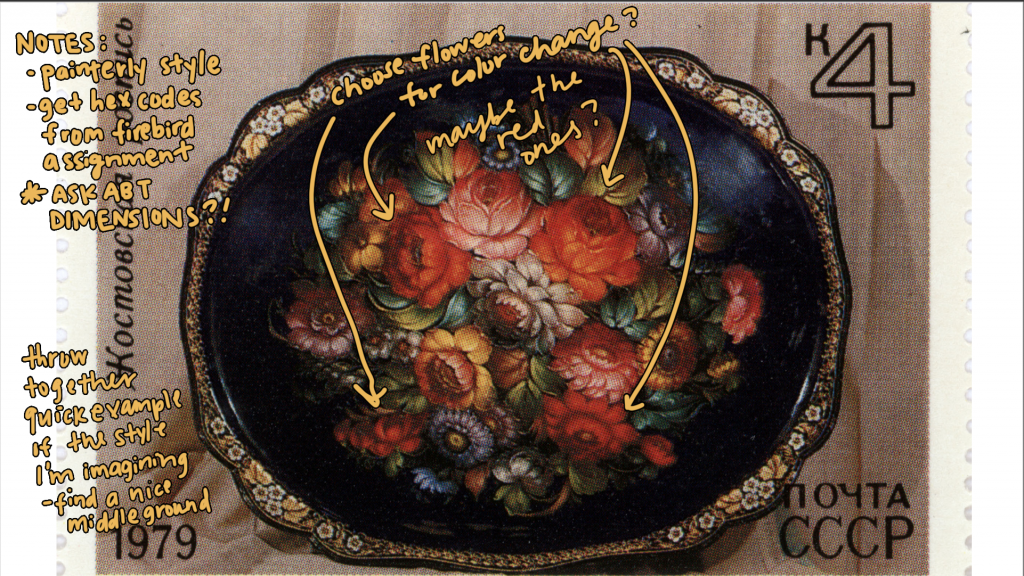