I’ve been doing some more work on RUS412K illustrations.

U4_8 scene description: Polina and Oleg are next to the window in one of their rooms. The windowsill is covered with various plants (4-5 plants total). Polina is holding a ruler, as if to measure them, and Oleg is holding a plant guide book (Определитель растений)

For this illustration, I opted to reuse a background that Chloe made for an older illustration. 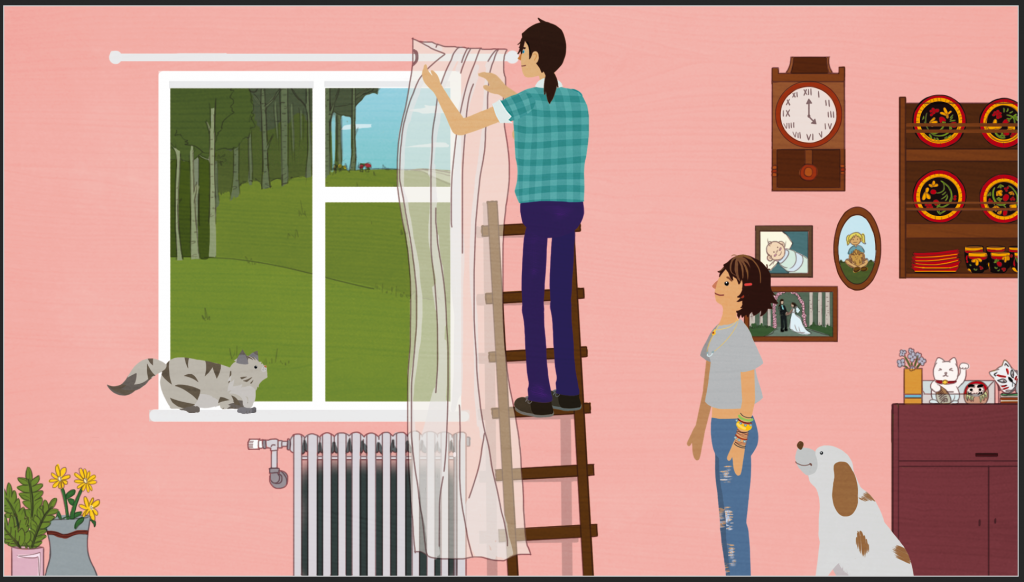 I removed some stuff and then sketched in Polina, Oleg, and some plants. 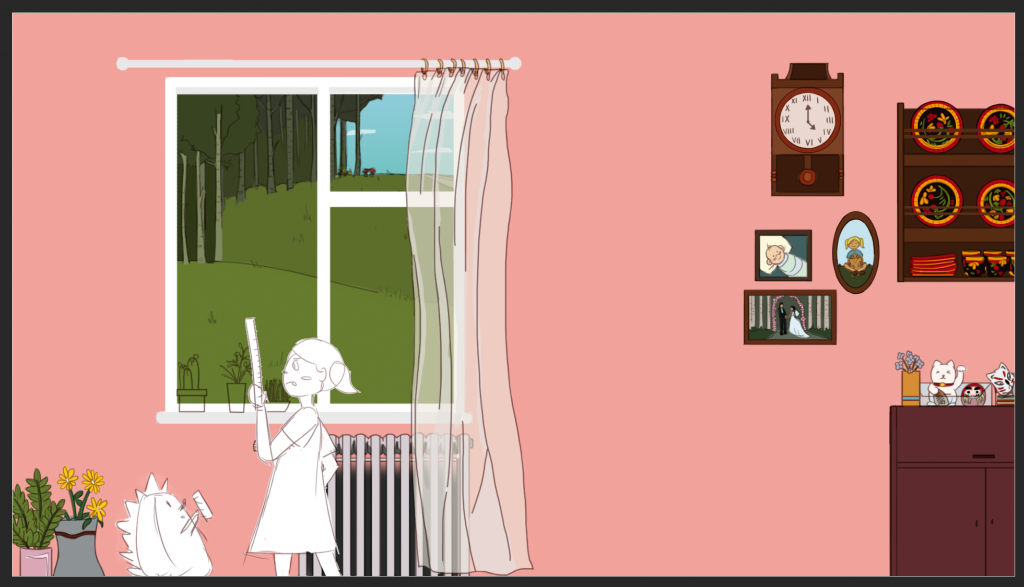 Oleg’s supposed to be holding a book, but the cover’s impossible to read because of how small it is! 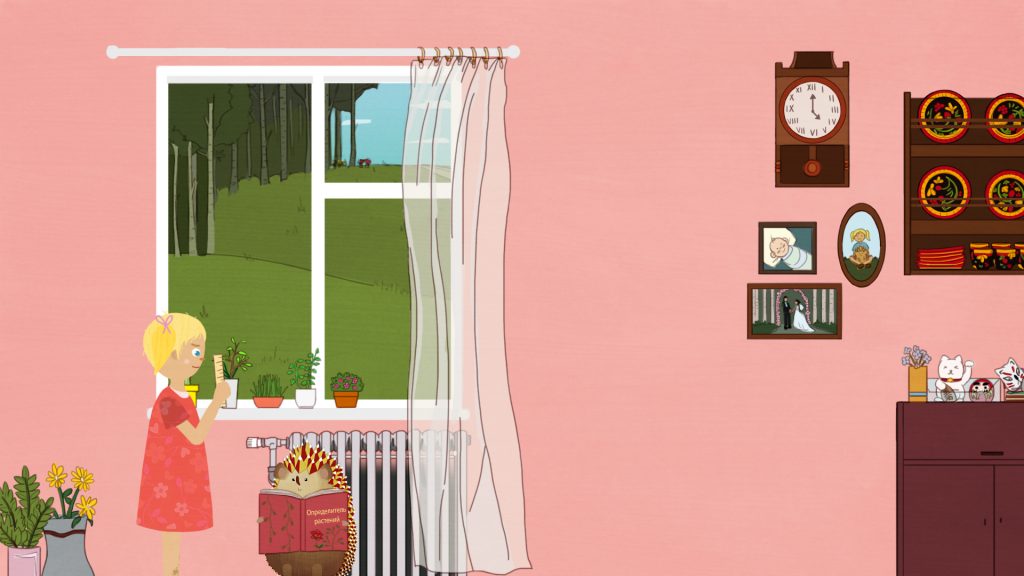 I zoomed in a bit and altered the cover to better match the reference image provided, but it’s still too small. 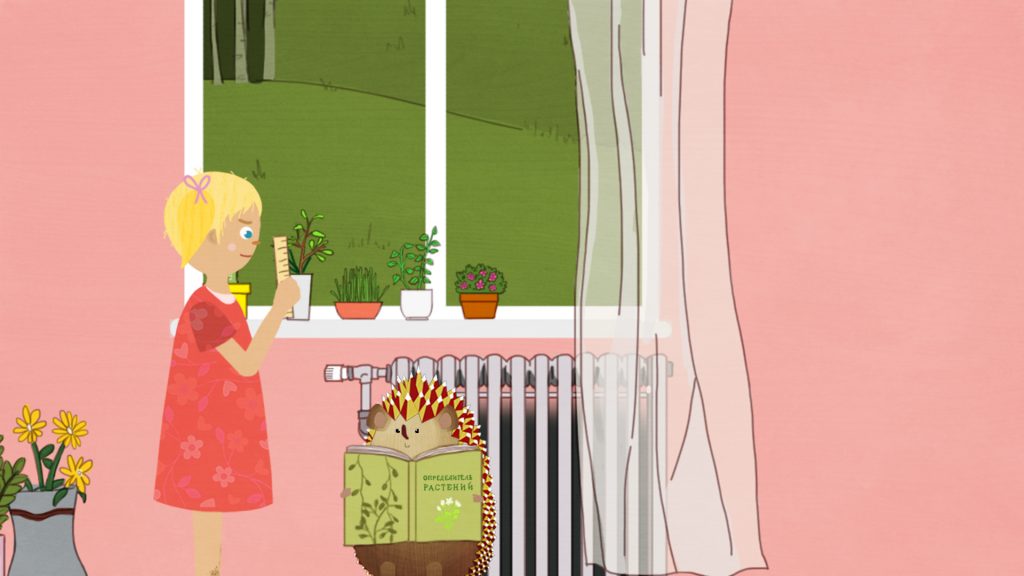 So I zoomed it in one more time (a lot!) and make the book bigger. Isn’t it cute how you can only see the top of Oleg’s head? I’m going to redraw this background and the objects since I had to zoom in too much, making the lines fuzzy. I will also be changing Polina’s expression to one that is more neutral. 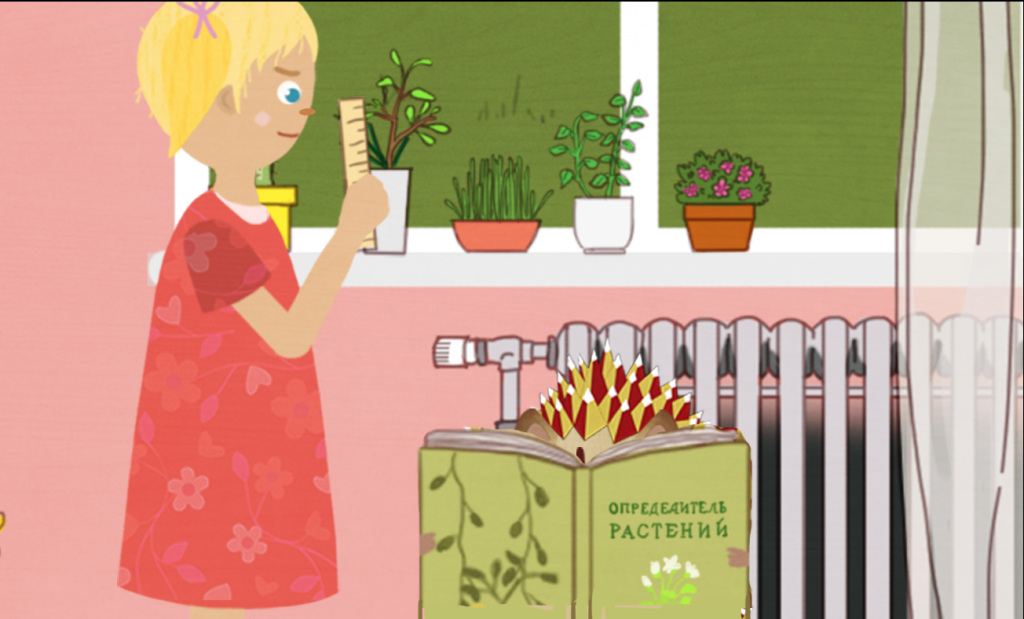 I also started sketching out U2_8: Polina and Oleg are at a museum of ethnography, looking at a room with different costumes respresenting various forms of traditional/national dress, like Japanese, Chinese, Indian, Native American, French, German, Arabic, Russian, etc… 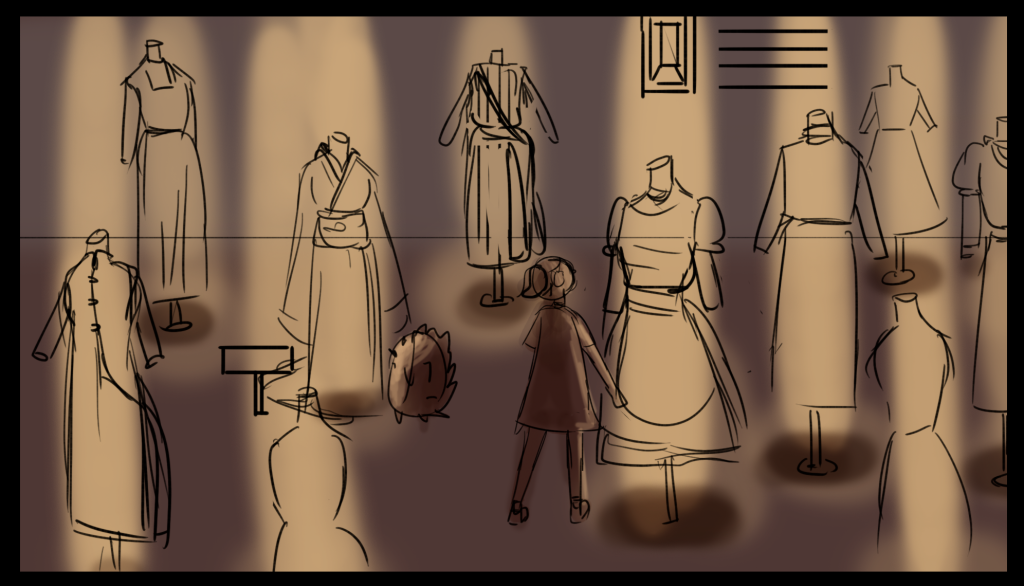