This past week and a half, I have been working on powerpoints for the GOV 371U course – Politics and Film. As there are quite a few powerpoints that I have done, I will exhibit and example of the type of work I am doing in a step-by-step process.

The first step is to review the old slides – these are created by the professor and have all the content that I need to move over. When reviewing these, I try to keep in mind the format and overall vibe the professor went for on each slide. 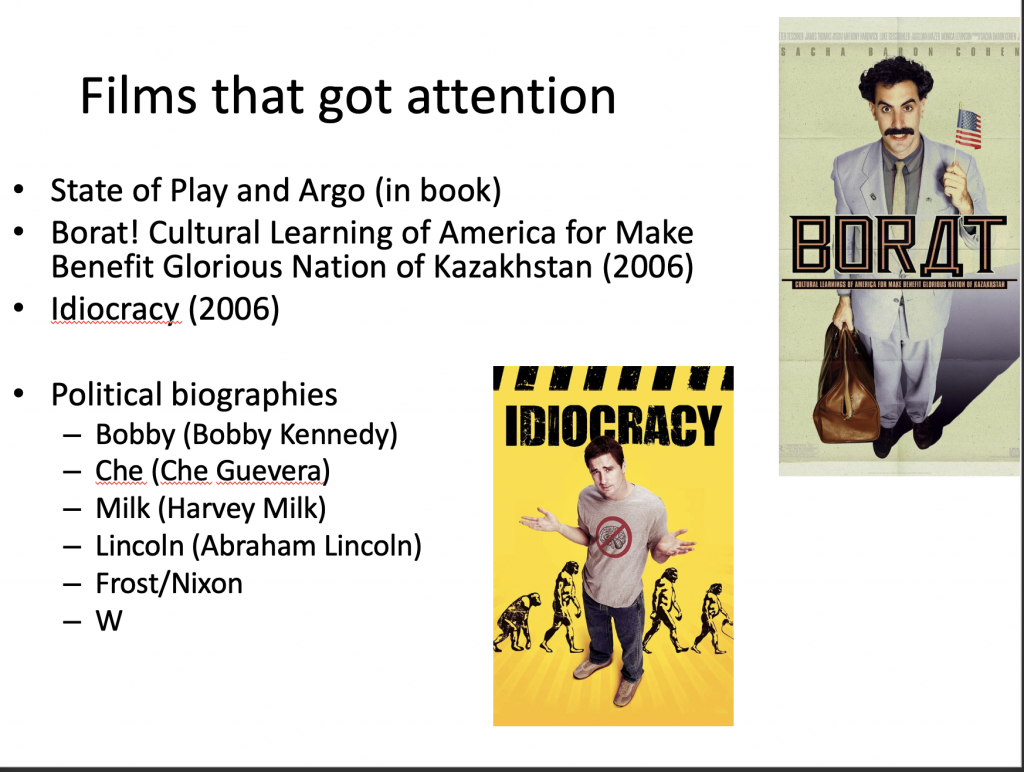 This next step involves copying the content – usually with the actual copy and paste tool – onto the new template document. When doing this, I try to keep the format the same as much as possible. However, because the original powerpoint is 4:3 and does not have a picture-in-picture, there is quite a bit of structural difference between the original and the new powerpoint, which is 16:9 and has a picture-in-picture. Usually this can be fixed by moving around the images to accompany the picture-in-picture better. Additionally, there are instances when there is too much text to fit in the new slide format. This can be fixed by splitting up the text into two separate slides, this way the text can remain a bit larger and easy to read.

The final step involves moving things around further to make sure that the slide is as visually balanced as possible. Ingrid has been incredibly helpful in this step, and we have been able to solve some tough formatting situations! 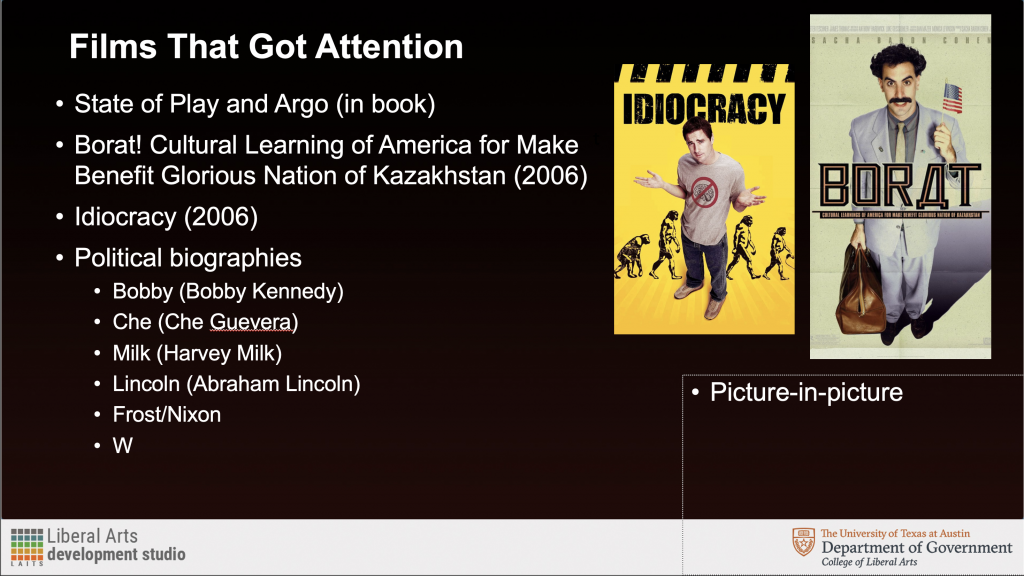 As you can see in this transfer, I kept the main “feel” of the original powerpoint, while moving things around to fit the format. I decided to place the two film images next to each other to create more balance than if “Idiocracy” was placed on lower than “Borat.” Sometimes, I try to have the film images perfectly align next to each other, but this can only be done if they are the same aspect ratio.

A few other ways I tend to organize the images include: 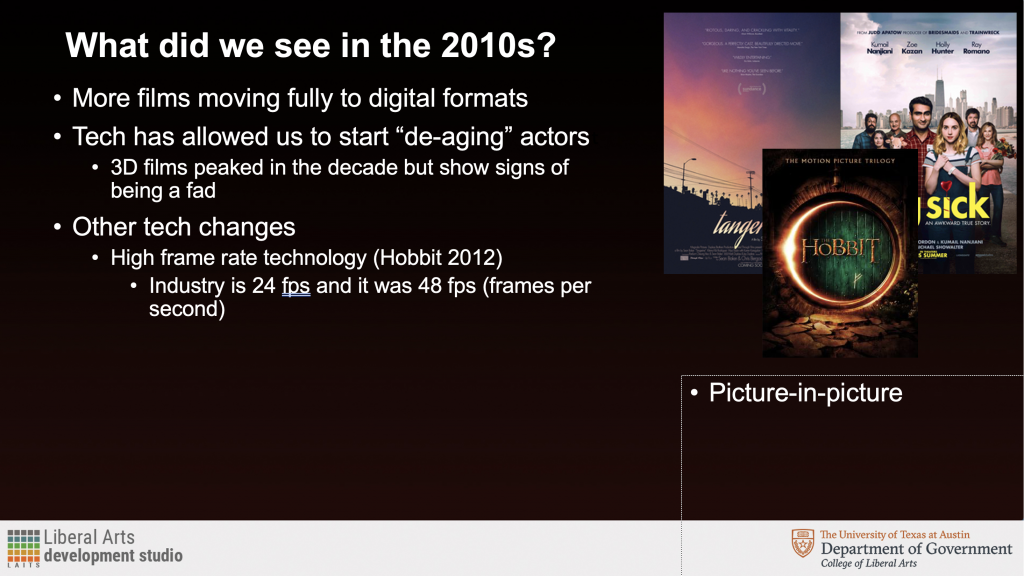 A tryptic-style where they overlap each other – usually I do this when there isn’t a lot of extra space and the images can be inferred even if a bit is covered up. 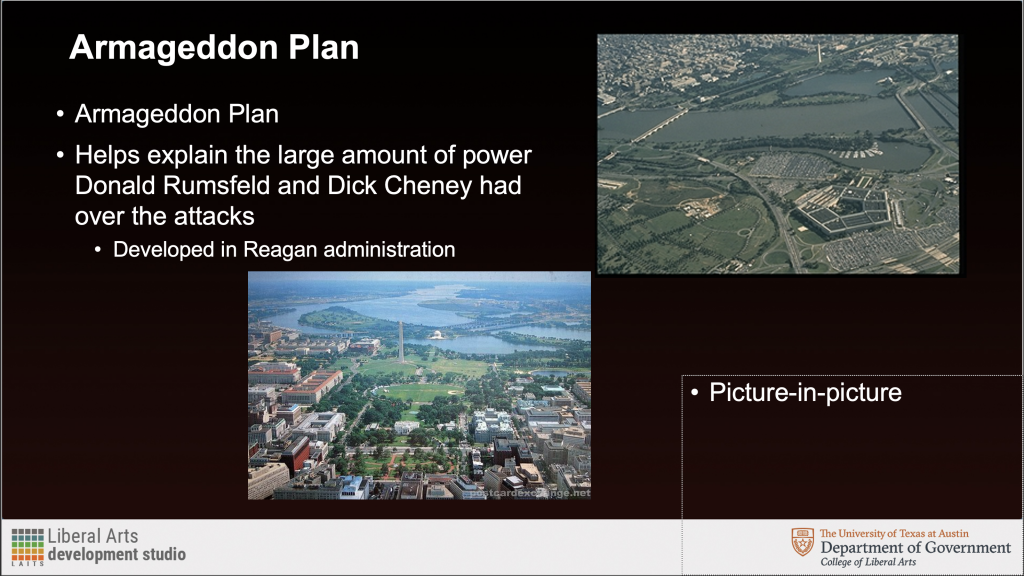 A scatter style, if there is enough space and only a small amount of images. 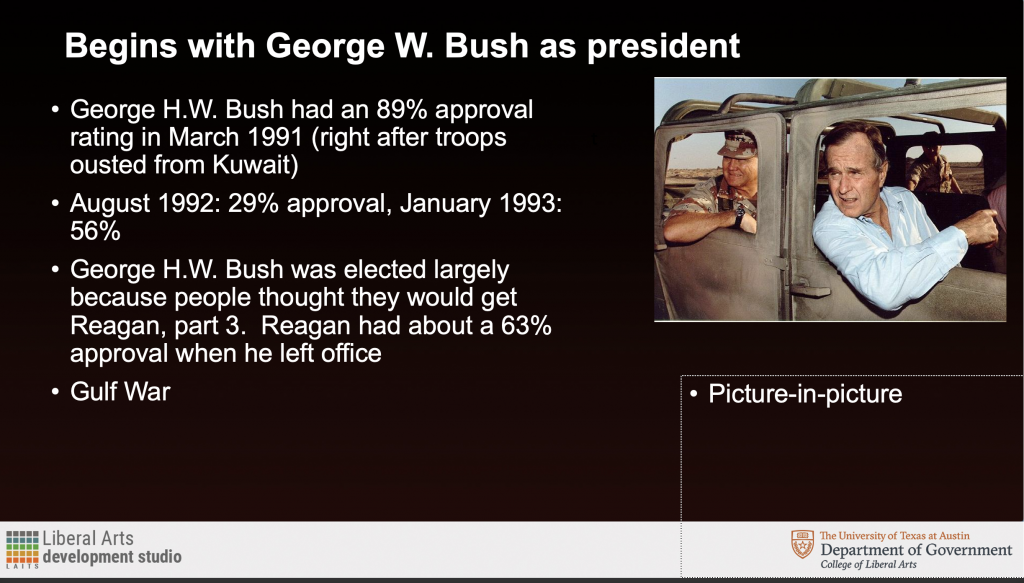 Single images are usually the most straight-forward – as you can just place them to the right of wherever the text is.

And that’s it! I’ve learned quite a lot doing these powerpoints for this course. I’m not certain I could ace an exam in this class – but maybe a quiz?