So, forget everything I said in Pt.3 of this saga… big changes were made since then… 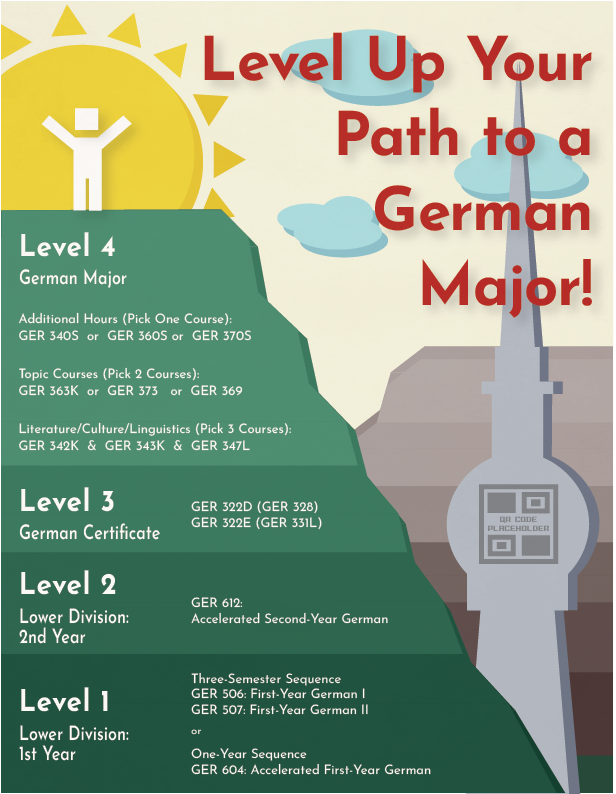 For reference, the image to the left is what the flyer looked like over a month ago, when I sent this version the client’s way. But, at some point near mid-March, we were approached once again asking for the following few final edits:

– Change the header to “Level up to a German (Double) Major”

– Make the sky blue and the clouds off-white, (going for the Super Mario background look)

– Remove the image of the Berlin TV tower as a whole, and finally

So, I got down to business… 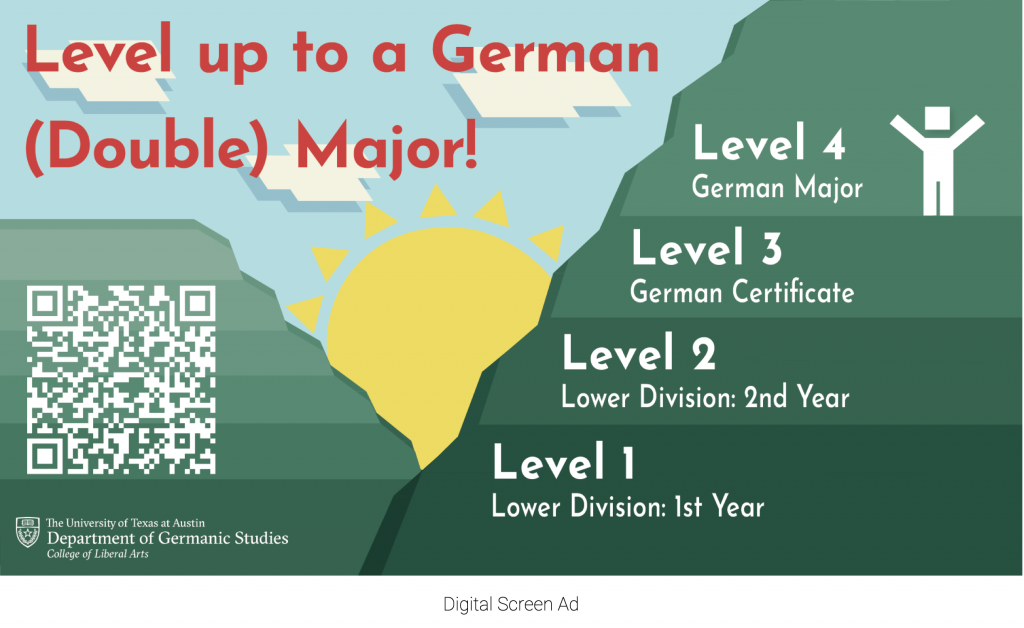 Apr 20, Note: This week the client for this project reached out once again to let us know there was one final edit they needed for the version published on cascade, so made sure to make that edit and re-upload on the site. Here’s how that looks like now… 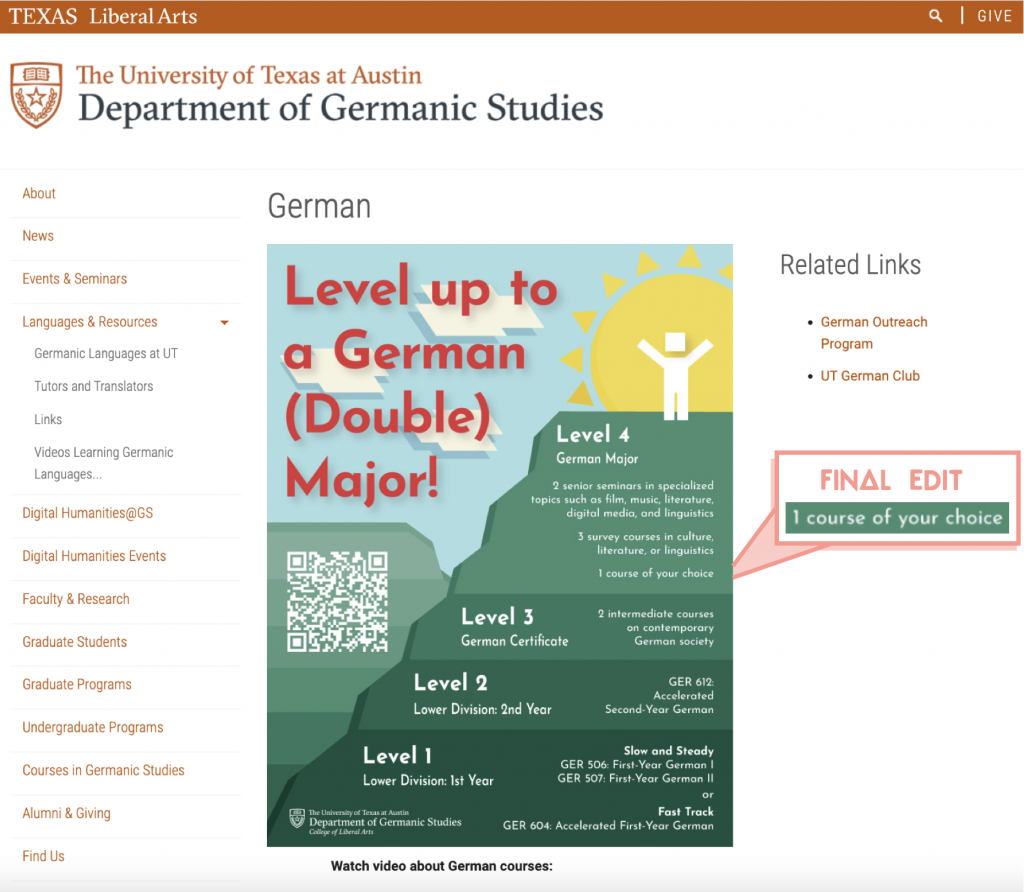 Also! I was passing through the Texas Union the other day, and I spotted one of the designs in the wild: 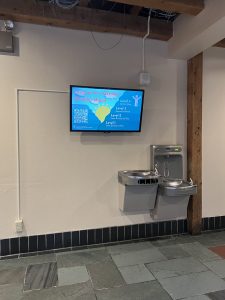