The French textbook map is has been completed and will be used on the platform Lingco as supplementary material. The first two images were the maps I was given to combine into a single image. It contained a lot of detailed names of places I had to type out and sometimes look up because the text was too pixelated and monuments that I had to illustrate and rasterize by hand. The clients were satisfied with how the map looked so I moved forward with adjustments on contrast so that maps legend and features are distinguishable among different color-blindnesses. I found that it’s not so much saturation that matters than it is the contrast in values. I made the railway stations a lot brighter against the background. I also darkened all the text. 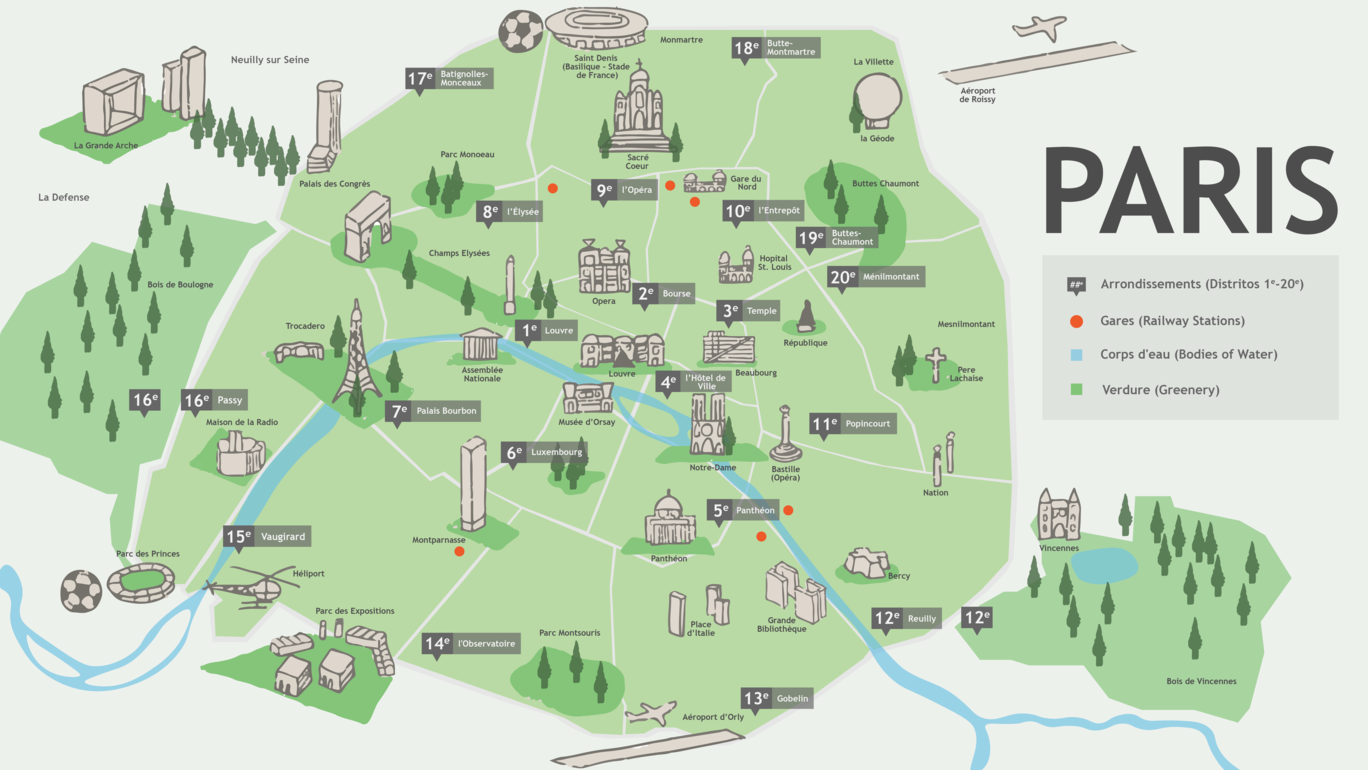 Here are what the maps look like in the different simulators: