Kudos to the people in charge of TBH because after we delivered our final version of the project they found like a hundred more issues for us to fix. Last week Ruben, Suloni, Tate and I spent our time fixing all of them to deliver one final super-polished version of the site. I even had to add an extra 6 hours this week so we could finish. I’m going to talk about the 3 issues that took me the longest to fix.

First of all is Trans Pecos Mountains and Basins. (https://dev.texasbeyondhistory.net/trans-p/prehistory/index.html) This one managed to elude Ruben’s Flash seeking algorithm and was still not made in Canvasser so I had to make it from scratch. I decided to add the labels so that it would be more clear what each button pointed to. This was the final version. 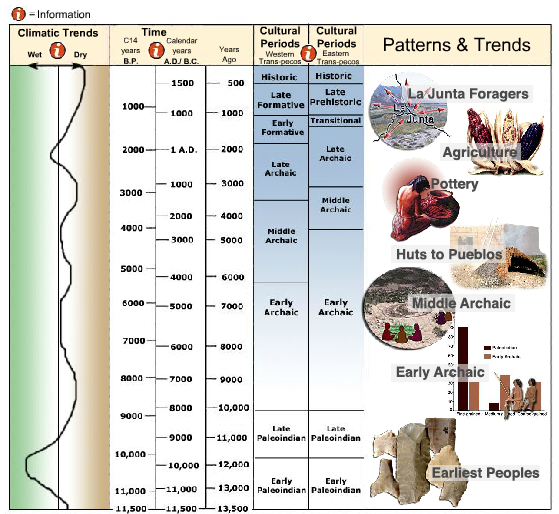 Second is the Sandals interactive. (https://dev.texasbeyondhistory.net/granado/sandals/index.html) This one was made but there was a tiny issue. When Dr. Dirt hops around the screen in the intro he would fly across the screen for a tiny second. This one was SO HARD to fix. It took me over an hour of going through each frame to find the specific moment where the error happened. I finally made Dr. Dirt hop and jump the regular way. 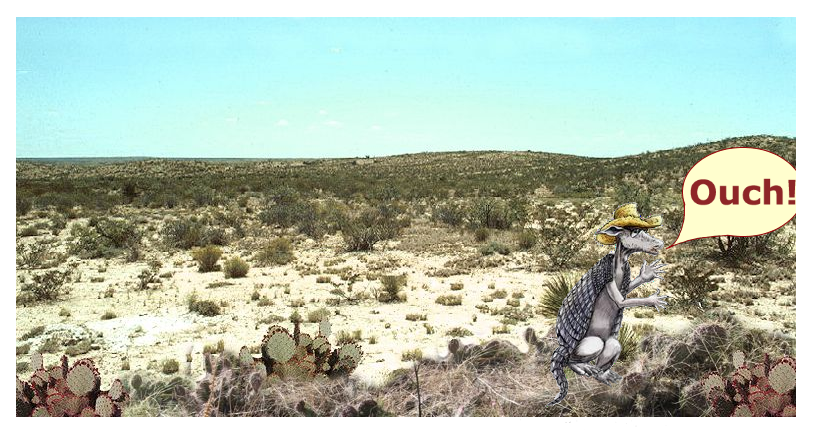 Third was Time Travel. (https://dev.texasbeyondhistory.net/kincaid/kids/timetravel.html) This one was remade but all the sounds were not working. Also we had modified the first frame and they wanted us to bring it back. We did but we made it way better. Tate drew a nice background for it and we added all the sounds to make it nice. 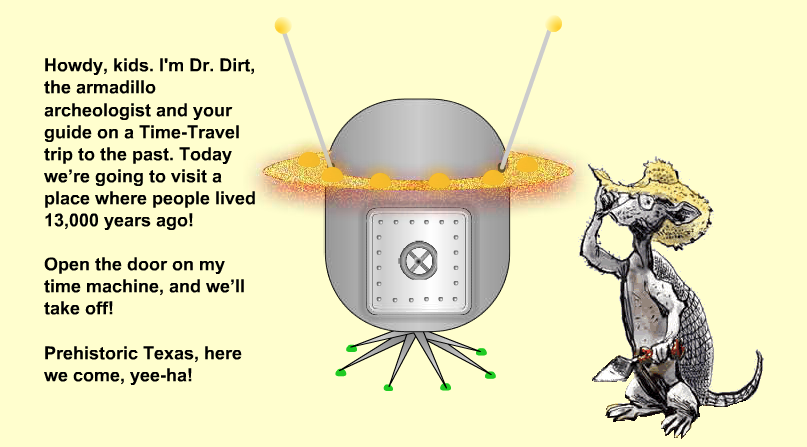 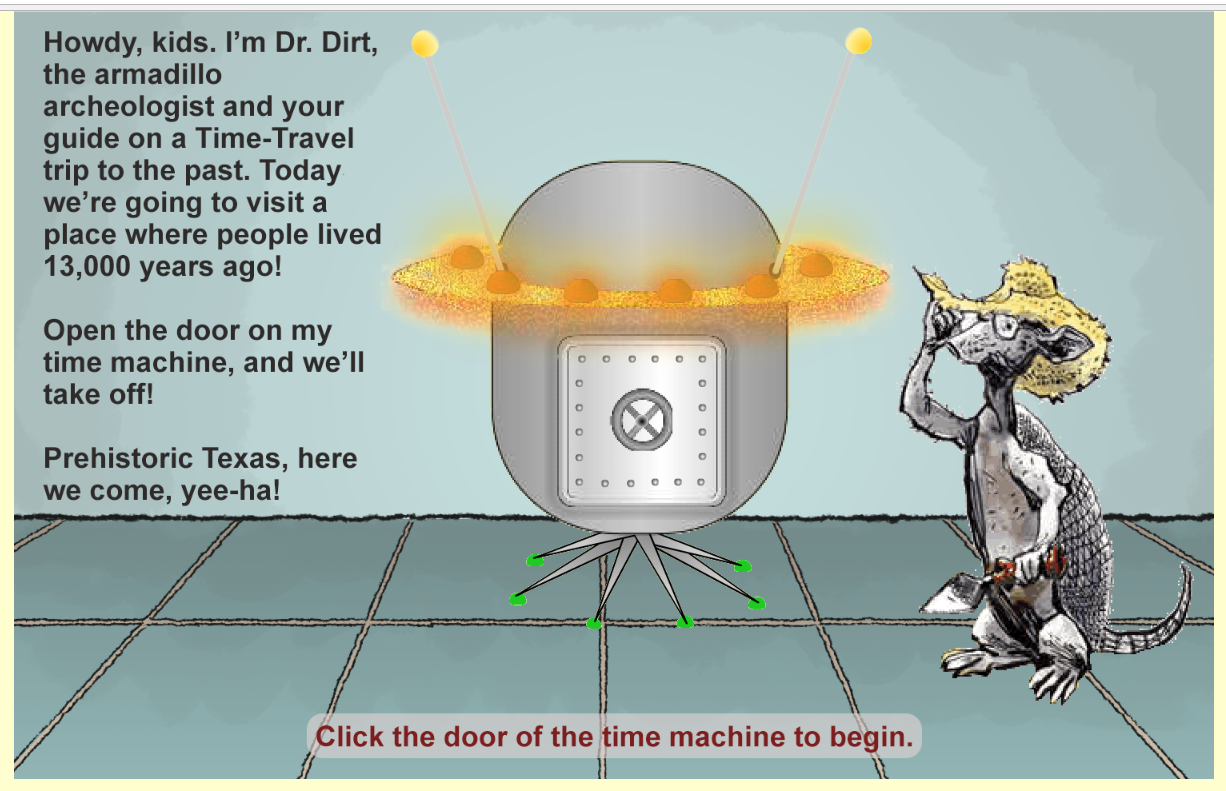