Lately, I have been busy working on illustrating a Russian Firebird for the RUS 407 project. Here’s a breakdown of my process and progress so far.

The first step was breaking the figure down into basic shapes/parts. The firebird is supposed to be rendered in a flat style, so flat blocks of colors. 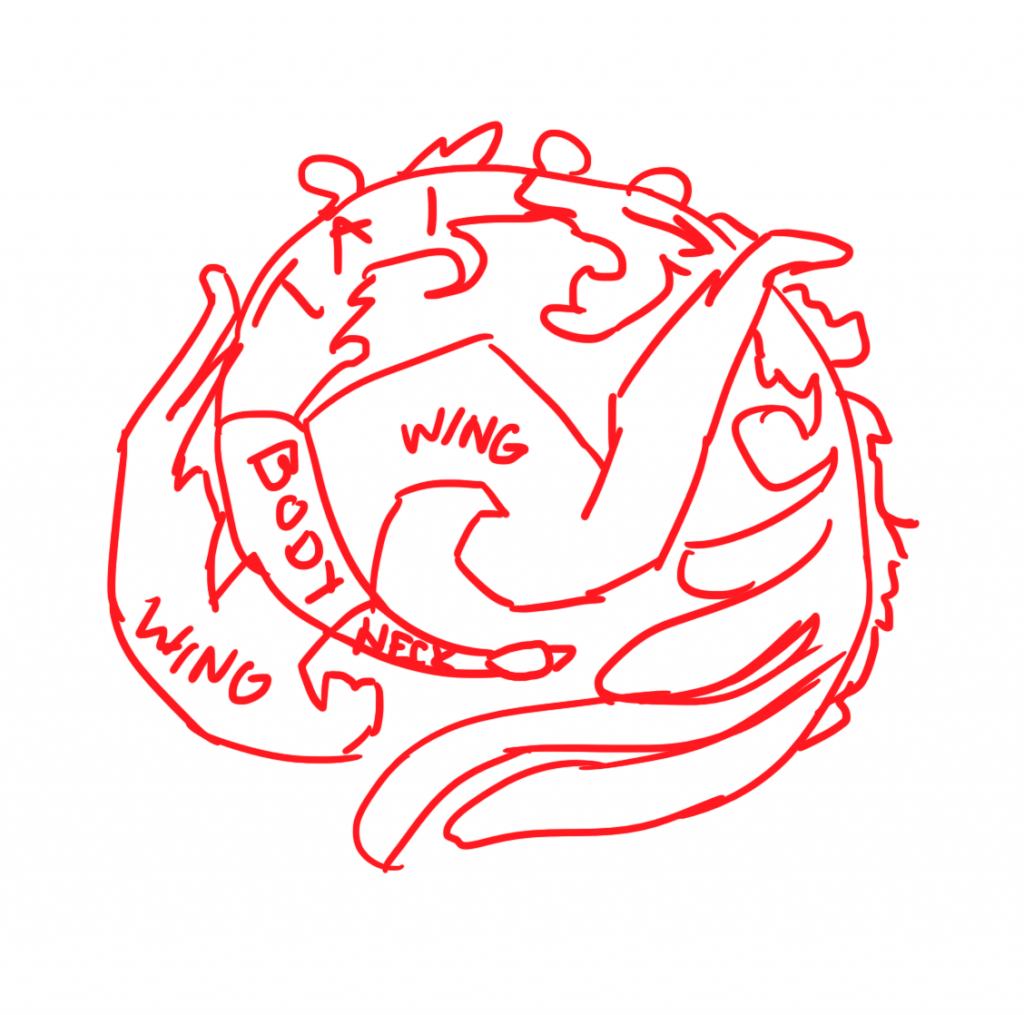 Using these roughly blocked out shapes as a guide, I began to fill them in. Each part of the bird has its own individual layer. I chose a more orange red, so it doesn’t end up too dark later when on a dark background… The wings are a lighter orange, so they don’t get lost in the rest of the body of the bird. Also, a lighter color will bring the wings more “forward.” I started adding in some patterns as well. 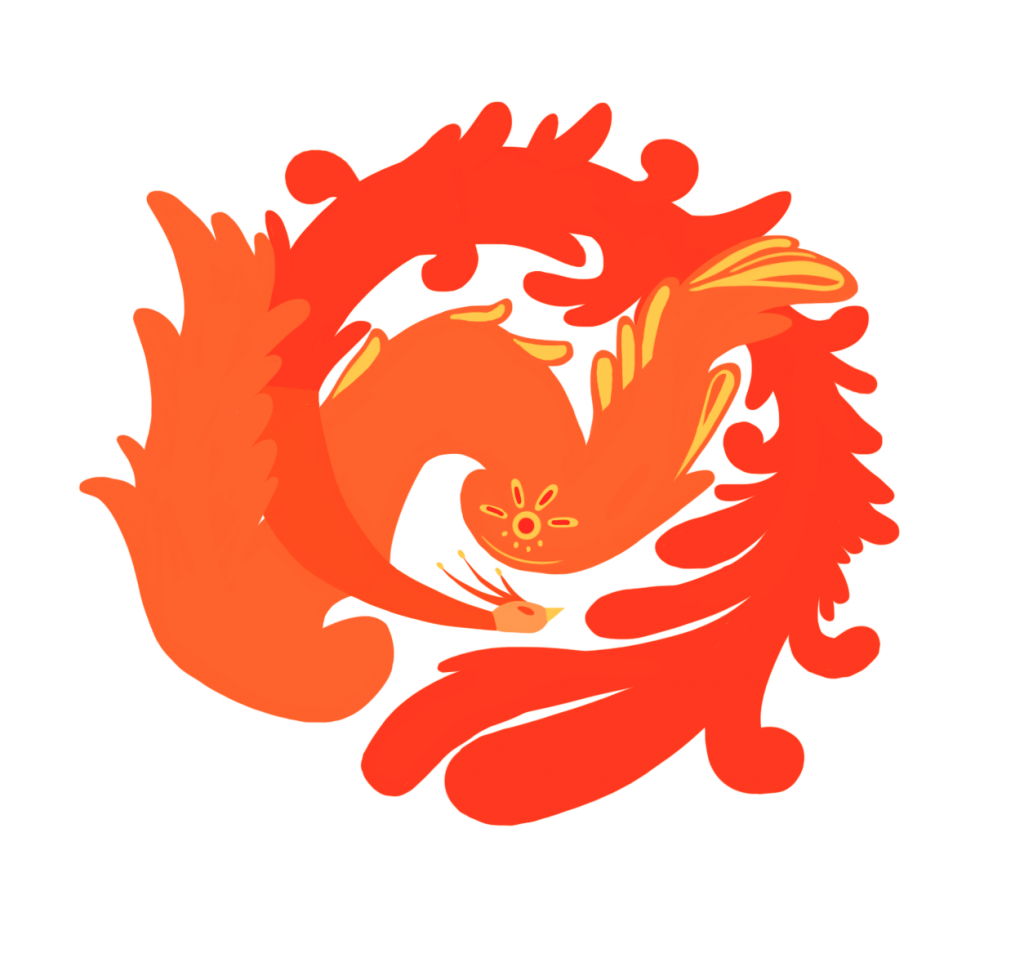 I placed what I had done so far on a black circle to emulate the finished product… Just to get a feel for how the colors work on such a dark background. I did some color adjustment and started experimenting more with patterns. The box/border encompassing the bird is supposed to be very floral-y. There are many flowers and intricate details, so I thought the bird should emulate that to some extent. I think having a floral motif in the patterns on the bird will help unify the the illustration when everything has been put together! 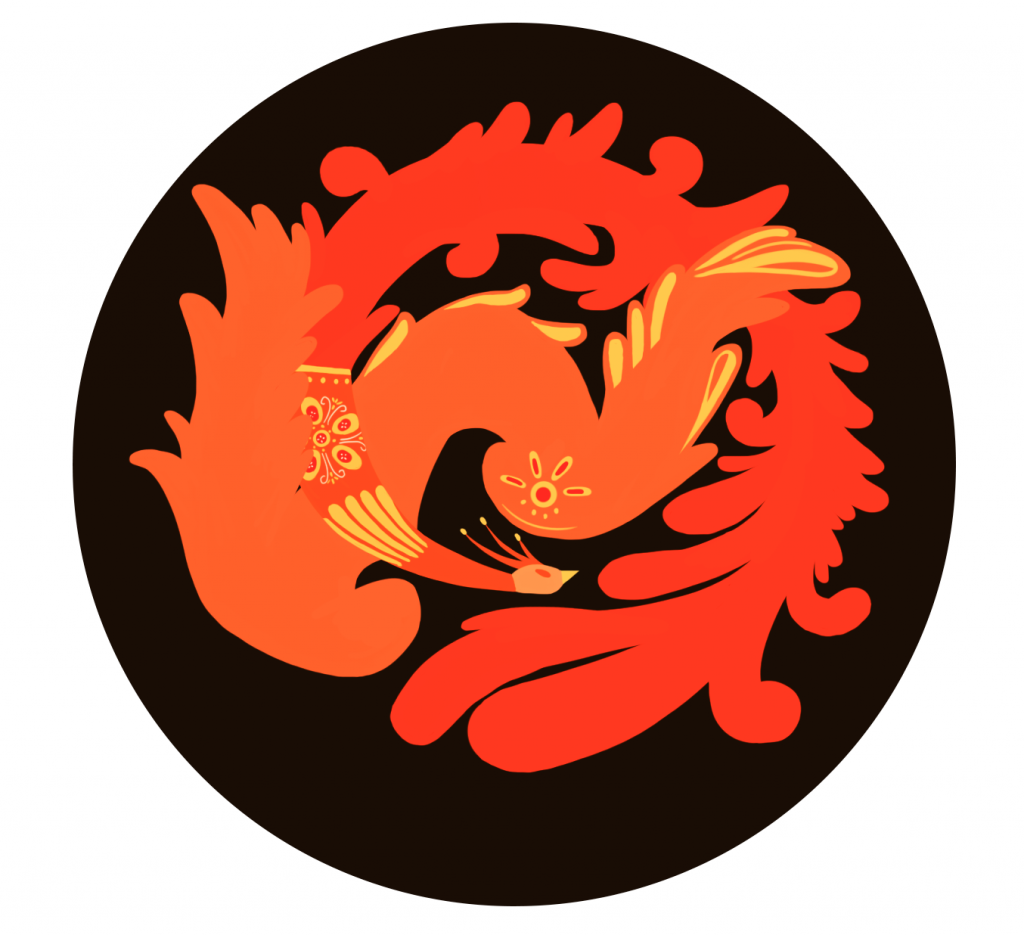 This is what I have so far, and hopefully I can make more progress this coming week!