After assigning out the advanced Cascade trainings we got lots of feedback from the new STAs on items that were not well explained or clear enough to help with their understanding. I went back and tried to edit two of the KBs myself to fix some of these items. The first thing I fixed was adding more explanation about creating tables. I pulled that information from a page Mounika or Thuy made for our How to Cascade page on our site. Poonum said that was much more helpful so that issue has been resolved. Then, noticed a lot of the STAs had a wide variety of inconsistencies with the icons they were making, although they were still lovely. I realized it was because I did not have clear instructions on what the styling for the icons should look like. I included an example image but it wasn’t enough so I laid out some 1,2,3 items their icons must follow. Lastly, Mounika has been helping with making the pull quote instructions better. I gave her feedback as a person who doesn’t know how to code to better explain or make clear some of the formattings so eventually, that’ll read better as well for a beginner to coding like myself and some new STAs. 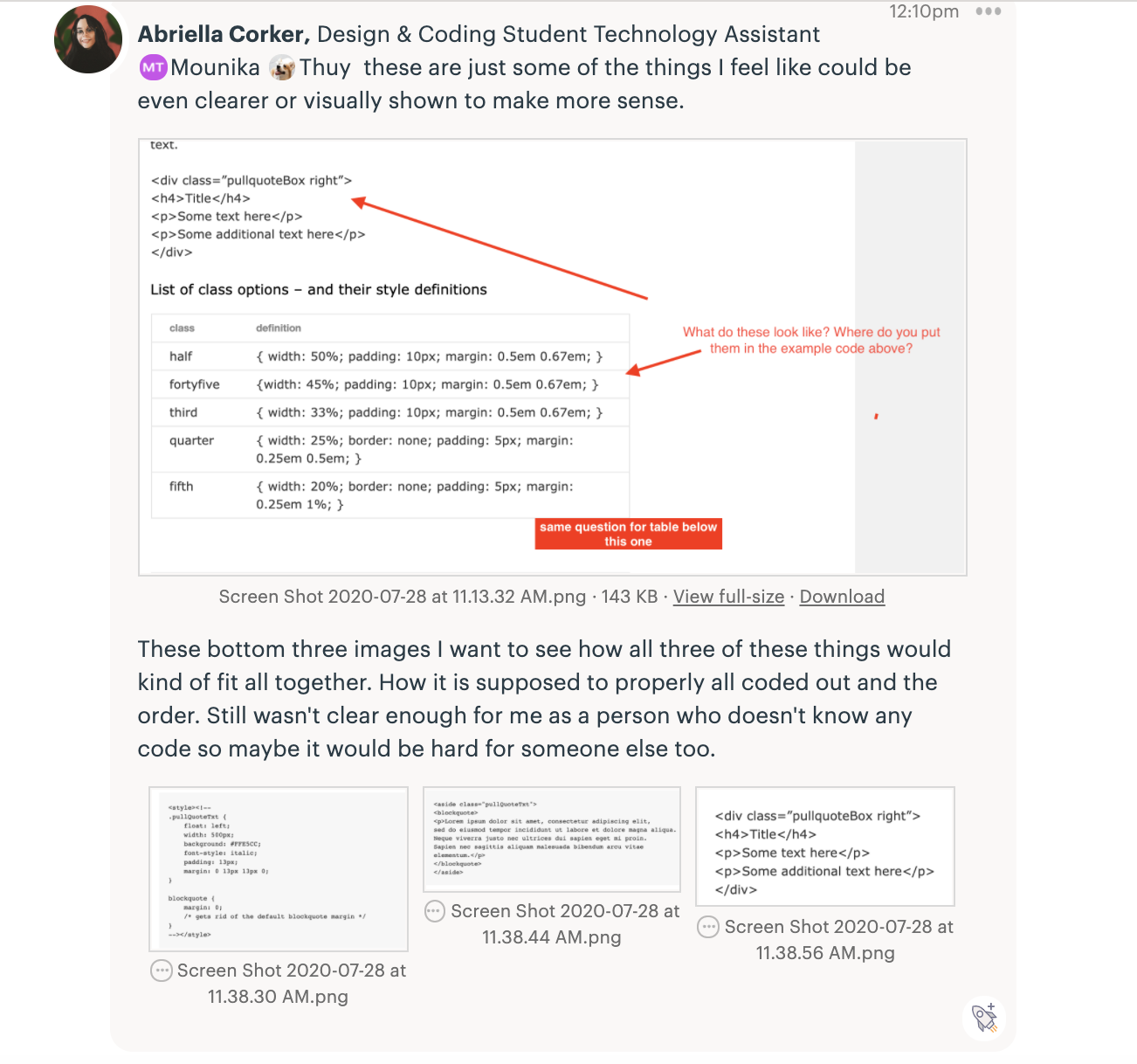 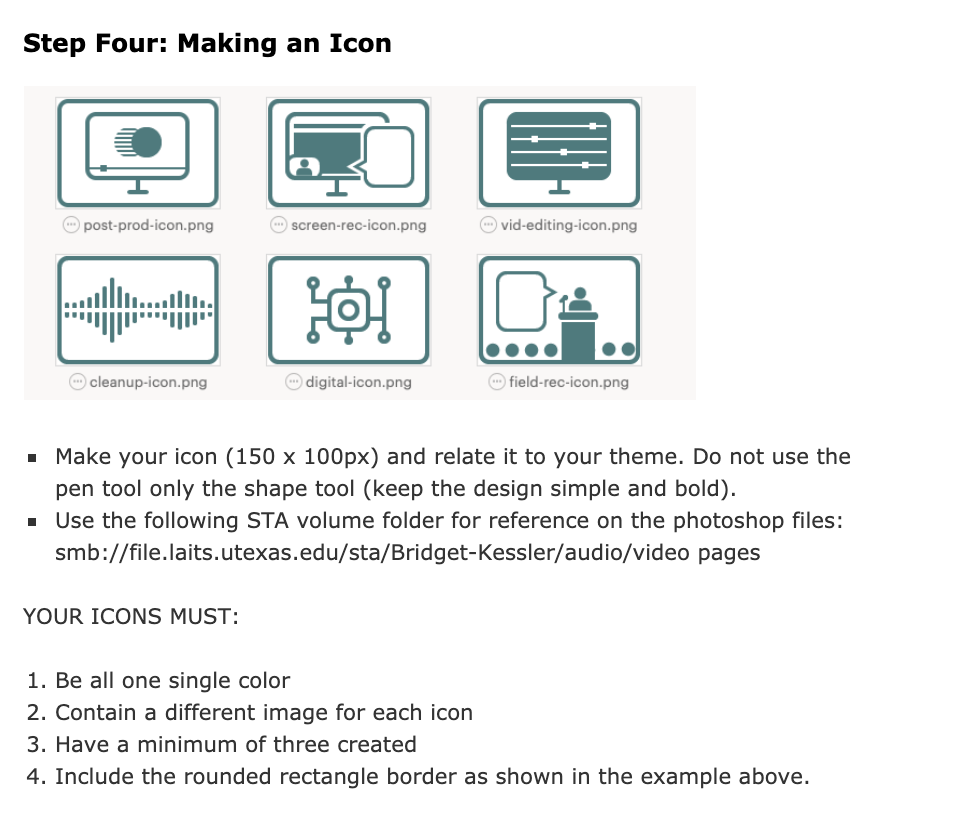