So, Suloni talked to me at the beginning of my shift and told me that we had a LOT of COLA photo IDs to edit and process. She asked me if I would be able to help her out and so I did! 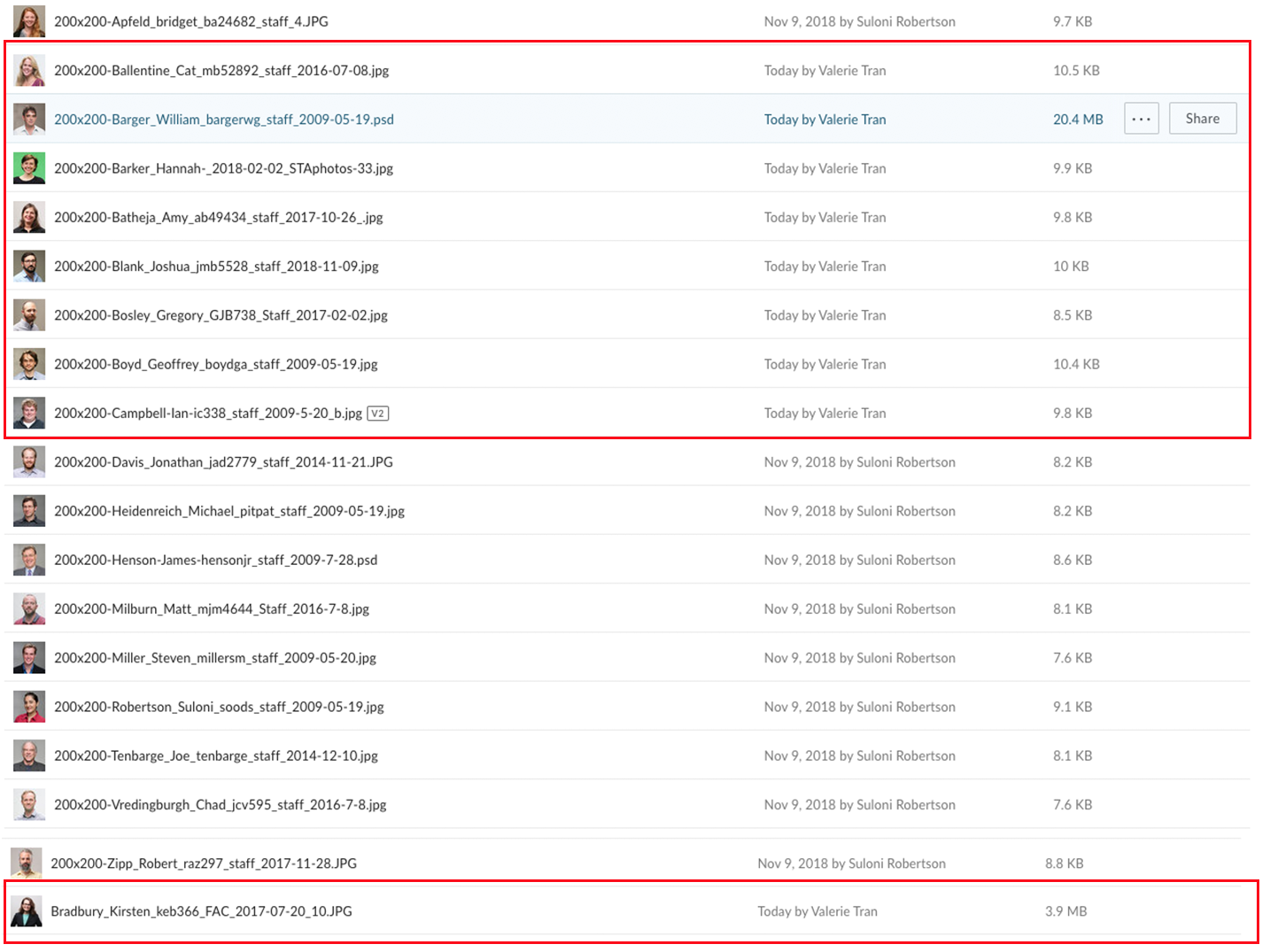 The photo editing process for these are a little different from the way we’ve been doing them in the past. These photos were 200×200 and I used a template for all the photo IDs so that they are all in one file. Because they are all in one file, I dedicated each layer to one client. The template was necessary because there were guidelines to guide where the client’s face/head should be for their ID. Other than that, the photo editing was pretty much the same. I brightened up some pictures using the “Highlights/Shadow”, the “Brightness/Contrast”, and the “Vibrance” tools.

The photos in the red boxes were the photos I edited during my shift. There were so many, but I’m making progress!

That’s all for this shift 🙂