The CHI507 Project has been moving along magnificently since the issues we had with the font. Before, syncing these videos took probably about a month and a half. Now, with the all-hands-on-deck approach for the resyncs, we’ve completed roughly the same amount of videos in about 2 weeks. Personally, I received experience quickly training STAs in workflow processes they have not done before, assigning todos/giving adequate feedback, as well as streamlining the video sync workflow process. Here’s to wrapping up this project by the end of this week! I’ve included a screenshot of the basecamp assignments for this project. The checked off ones are officially complete, the grey ones are the ones that have been assigned to an STA for syncing, most of which are done and are just awaiting edit notes and the yellow ones are remaining videos to be completed! 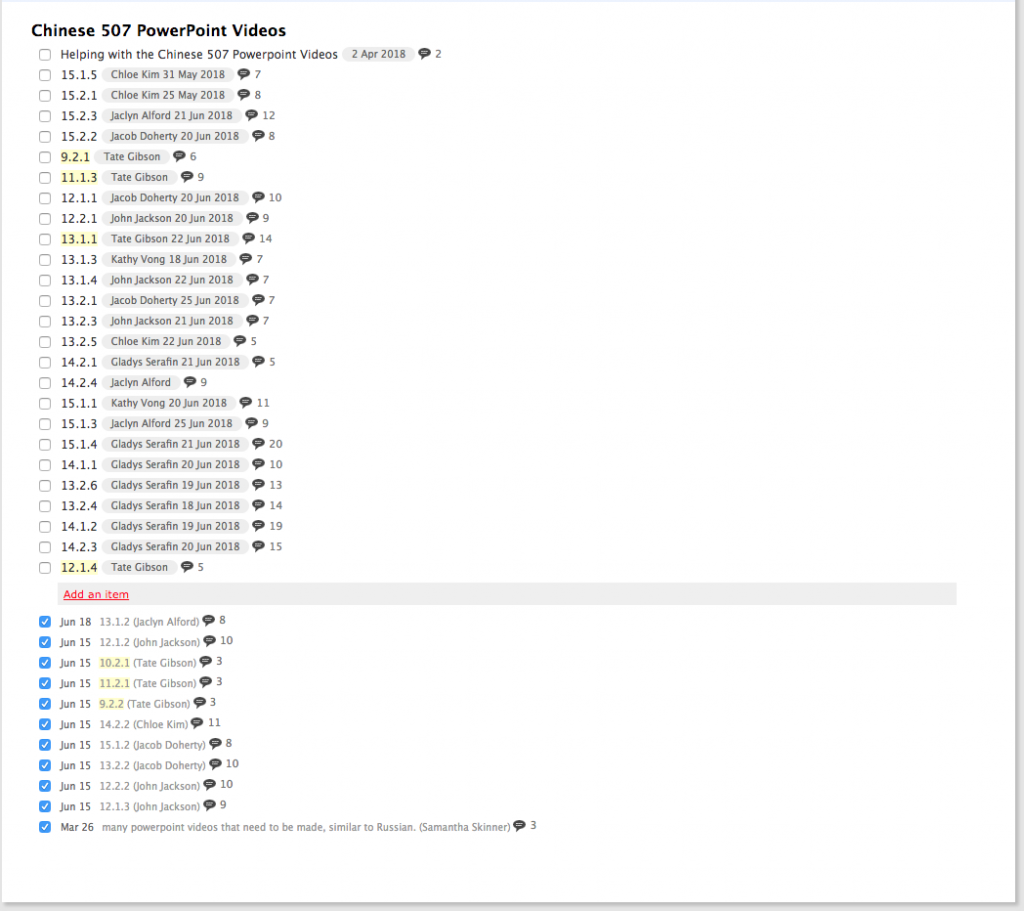