In most of the Ch507 presentations, the graphics that I created for the examples would often contain members of a chinese family. Because these characters were reoccurring I decided to put them into the Ch507 Canvas Banner.  The logo is also on the corner of the banner. Another banner was created using instead just the logo.

After discussing with the professor, it was decided on making the buttons more in the style that is like the logo for the class which is a horse in an ink painting style. These were the results I came up with since then. 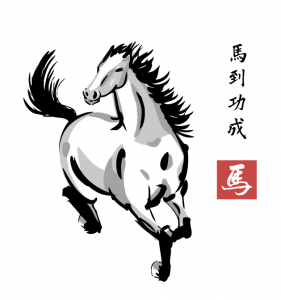 -Note that these are not finalized just yet.