Our newest task is to design and create a new video that translates the tasks that LAITS perform. As of now, the set of cards outside of the STA room serves the same idea. After a couple of rounds of meetings with Chad (program manager), Kelly (video department) and Samantha (audio department), Suloni and I had a better idea of how we wanted the video to look. We would illustrate some main tasks each of the STA offices do, and include animations along with videos of the actual students doing the task. My job is to create a template of “cards” and pass my illustration ideas down the the artists for them to create. More updates to come. 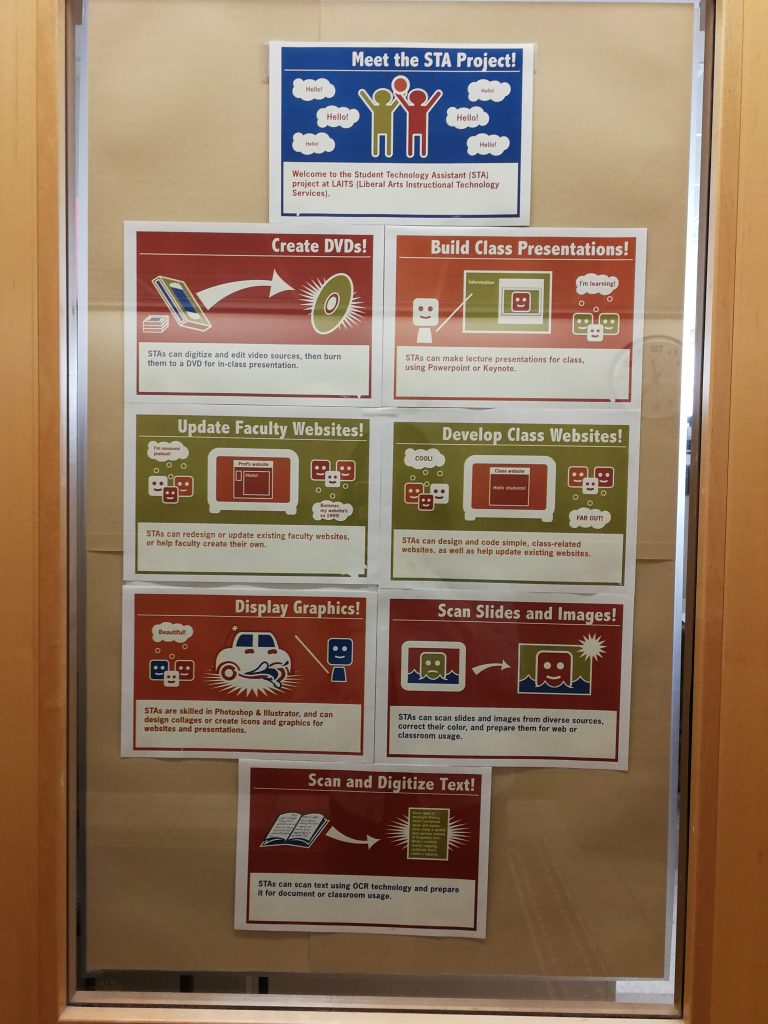 U8:3 Scene Description: It’s Christmas (russian christmas). in the courtyard of a church there is a nativity scene. Oleg, Polina, Grigorij, Tatusja are all standing in front of it and there’s snow all around. 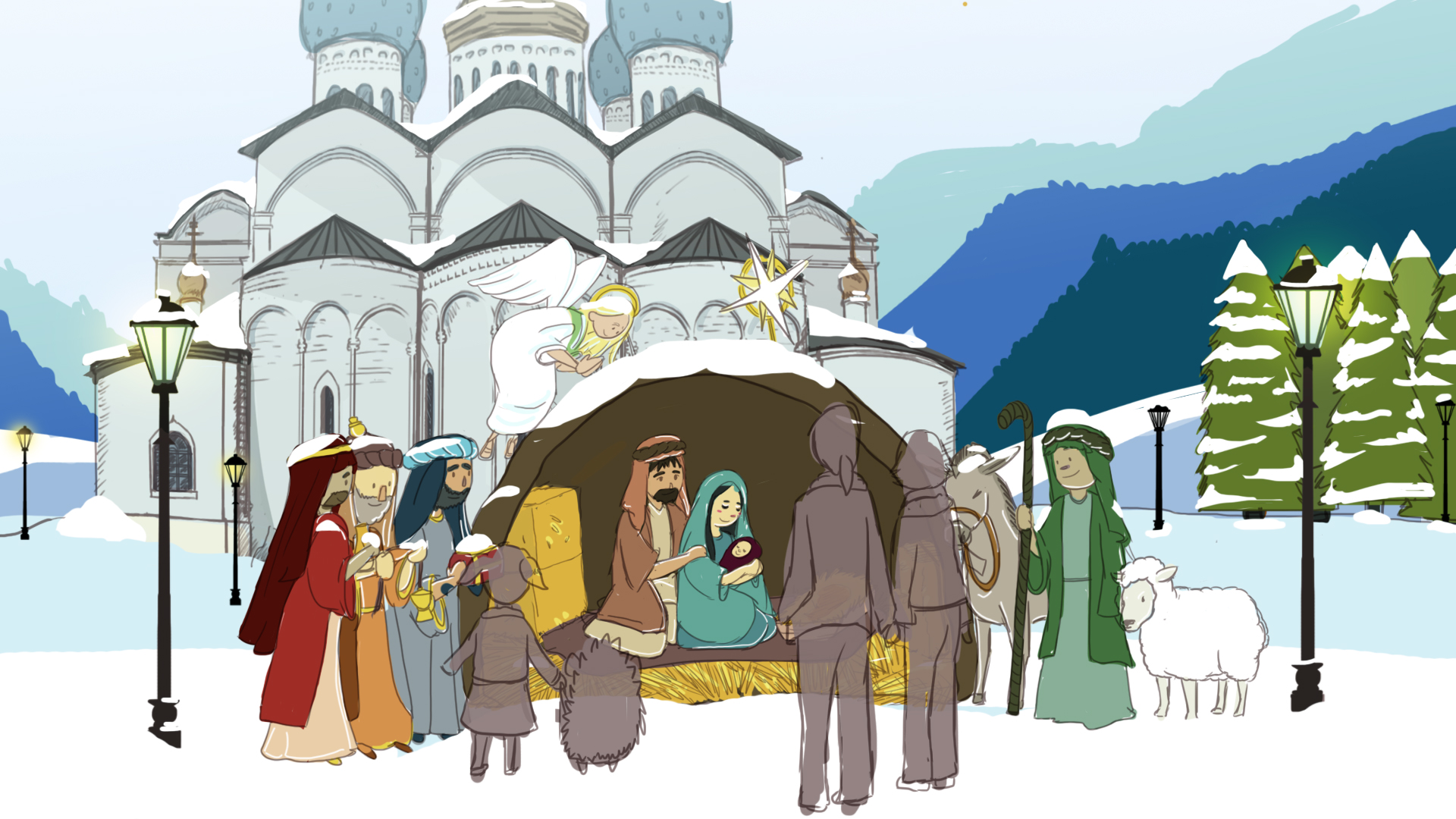 Polina and Oleg are working in garden outside their house to plant a tree. Abir is holding the sapling steady as Oleg is packing it into the ground using a garden spade and Polina is watering it with a watering can 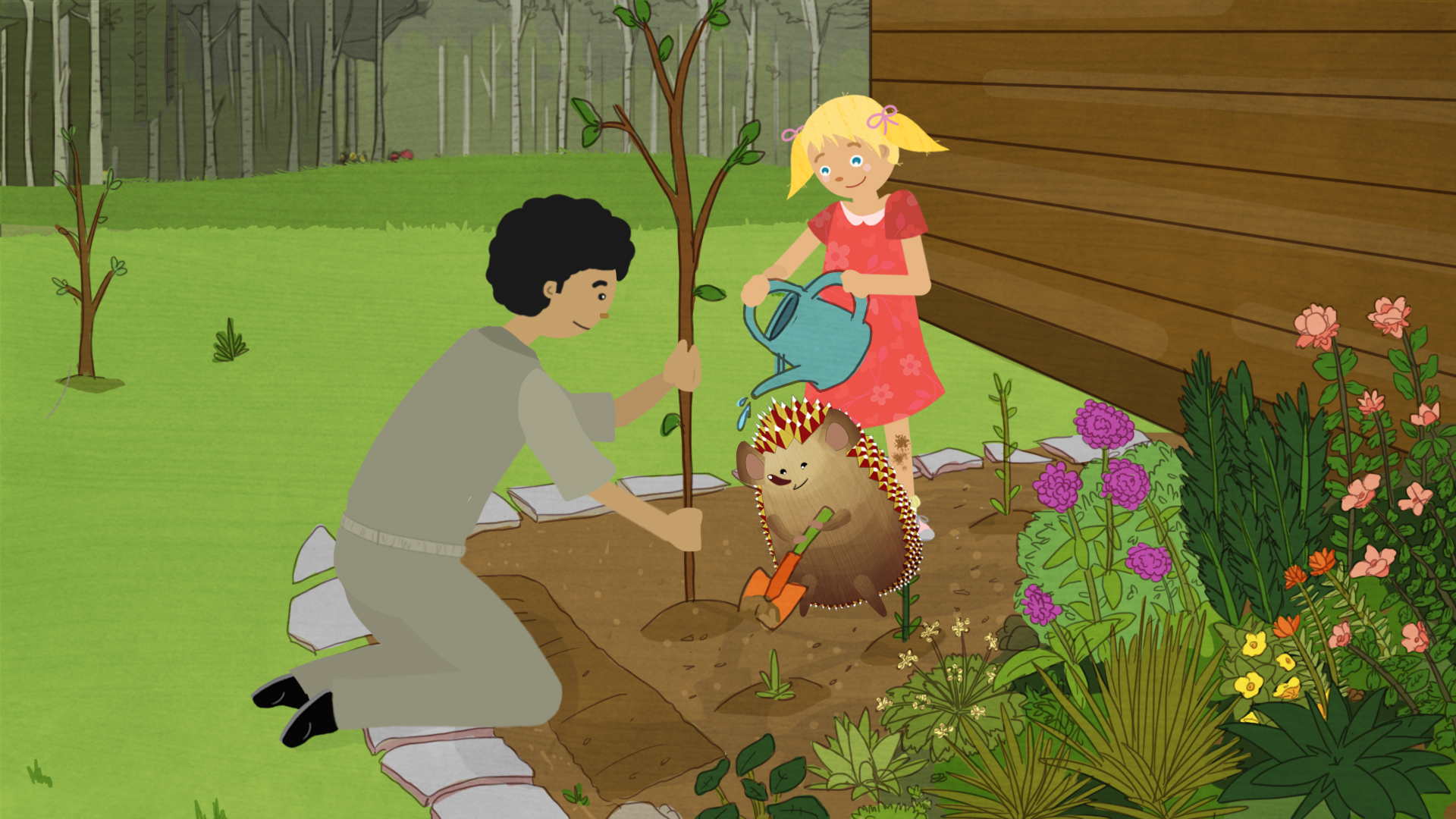 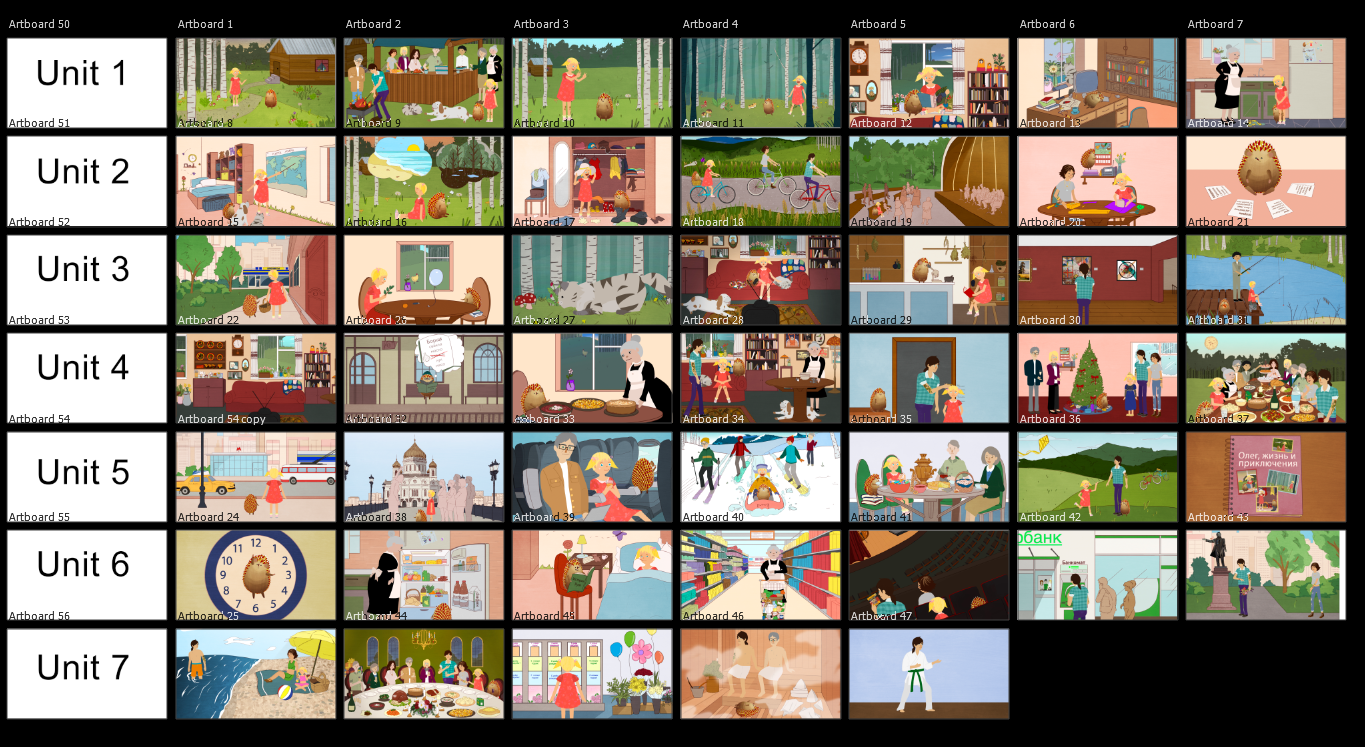 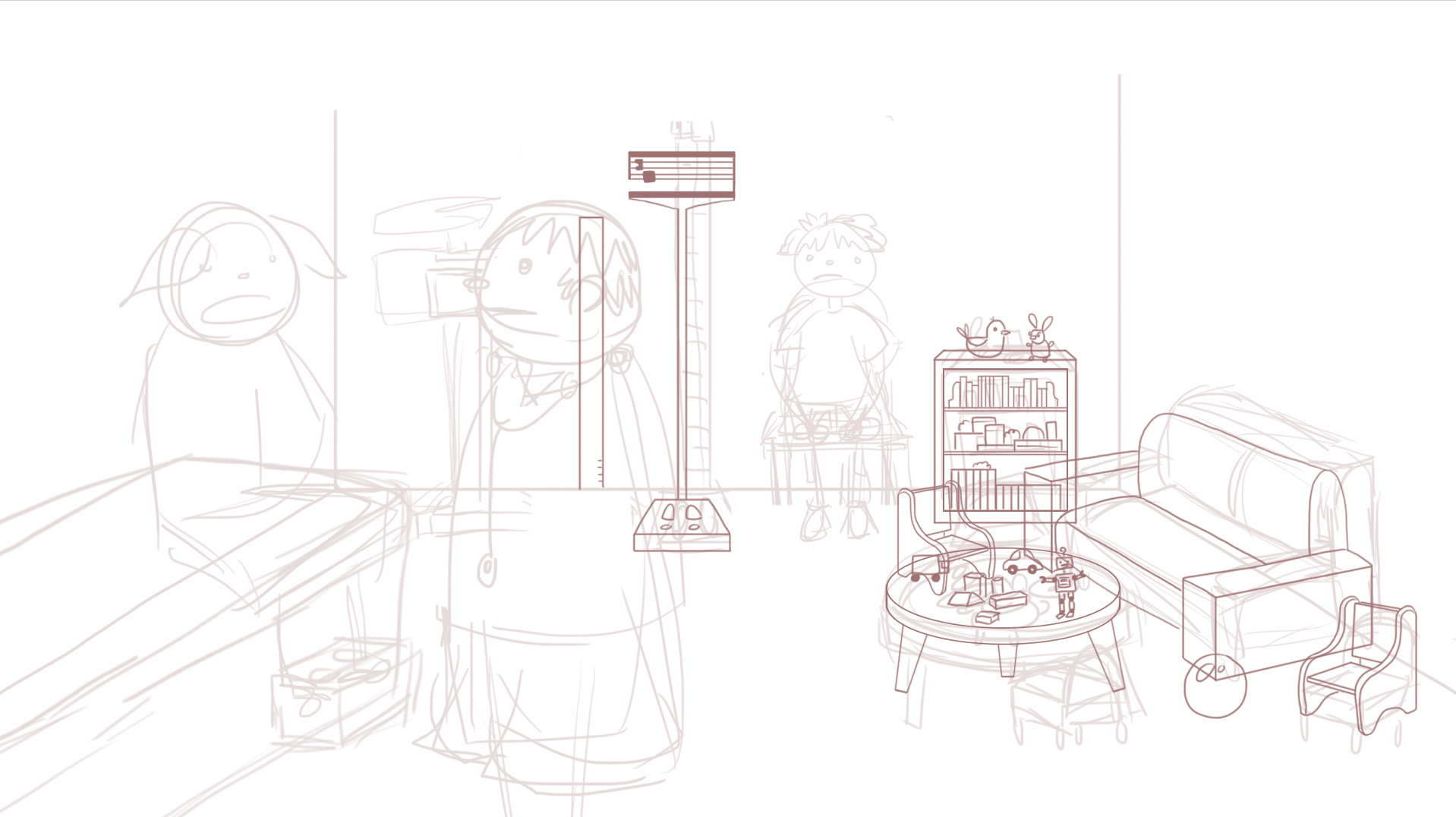 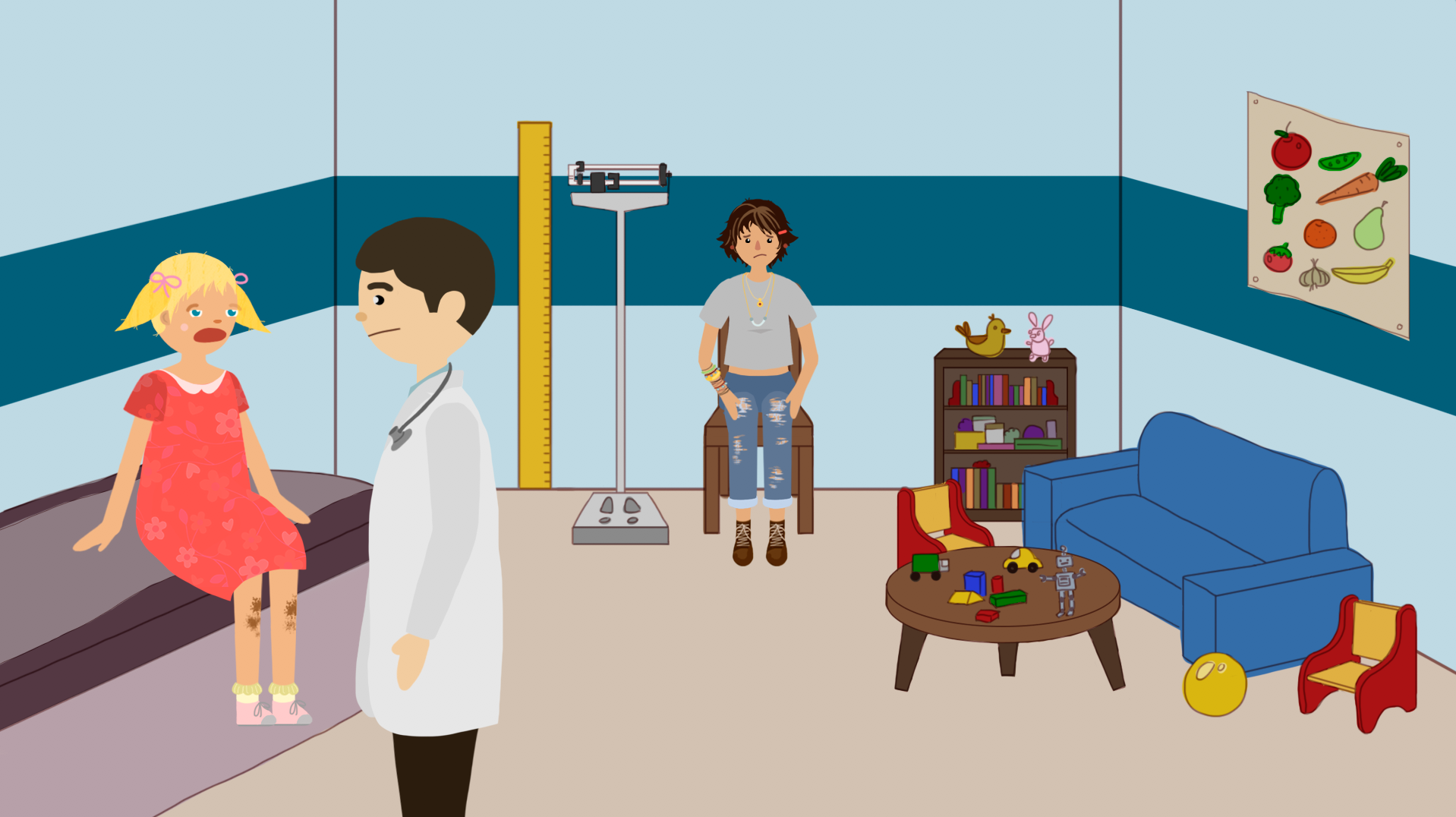