For this basic training I had to follow a tutorial on how to make pixel art out of a preexisting image. In this case, pixel art was defined as “a style of art that mimics retro computer graphics created with 8-bit or 16-bit processors”. The instructions then suggested that I use a picture I’ve taken myself or a famous painting that doesn’t have a copyright. But I decided to use a free stock photo of a penguin that I got from pexels.com, because somehow penguins have kind of become part of my brand since I became an STA.

After choosing an image, the next step was to sample a color palette including around 10 colors from within the image itself. This is what my project looked like by this point: 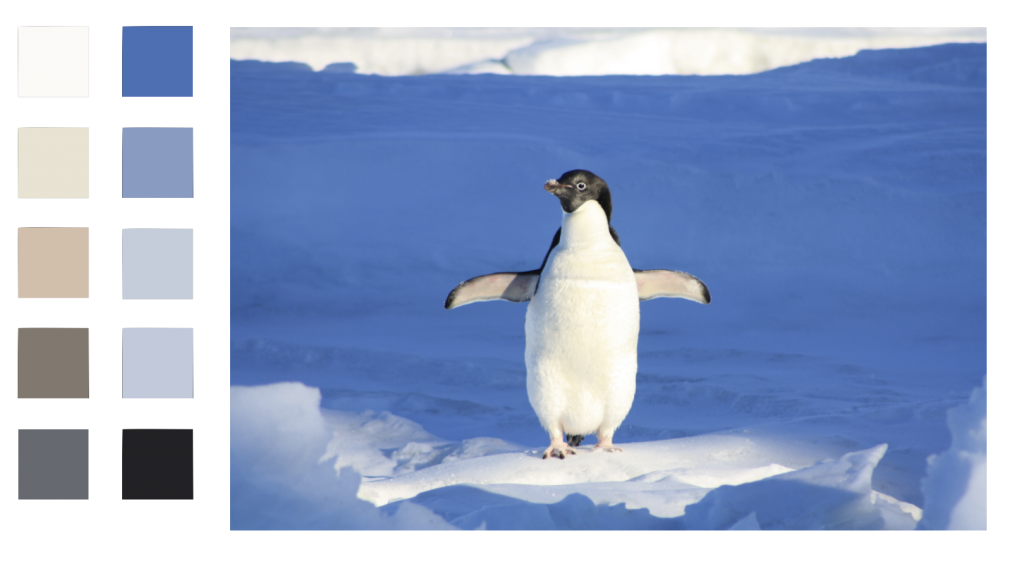 Afterward, I was instructed to add a rectangular grid over the image, and to fill out the individual squared with the live painting tool with the colors that correspond in each place. That is how I ended up with my original pixel version. But the activity didn’t stop there. Thereupon I was tasked to make final color changes to the pixelated image, and so I did. I designed three other versions for the pixelated image using the recolor artwork tool. One of them was based on the original version I made, but with some color editing. Another version I made was based on a completely new color palette which I chose from the preset color scheme options. Finally, I made one last version that where I first used the original color palette, then desaturated the whole thing and then added something like a purple color filter to the whole thing to make it into a monochromatic version. 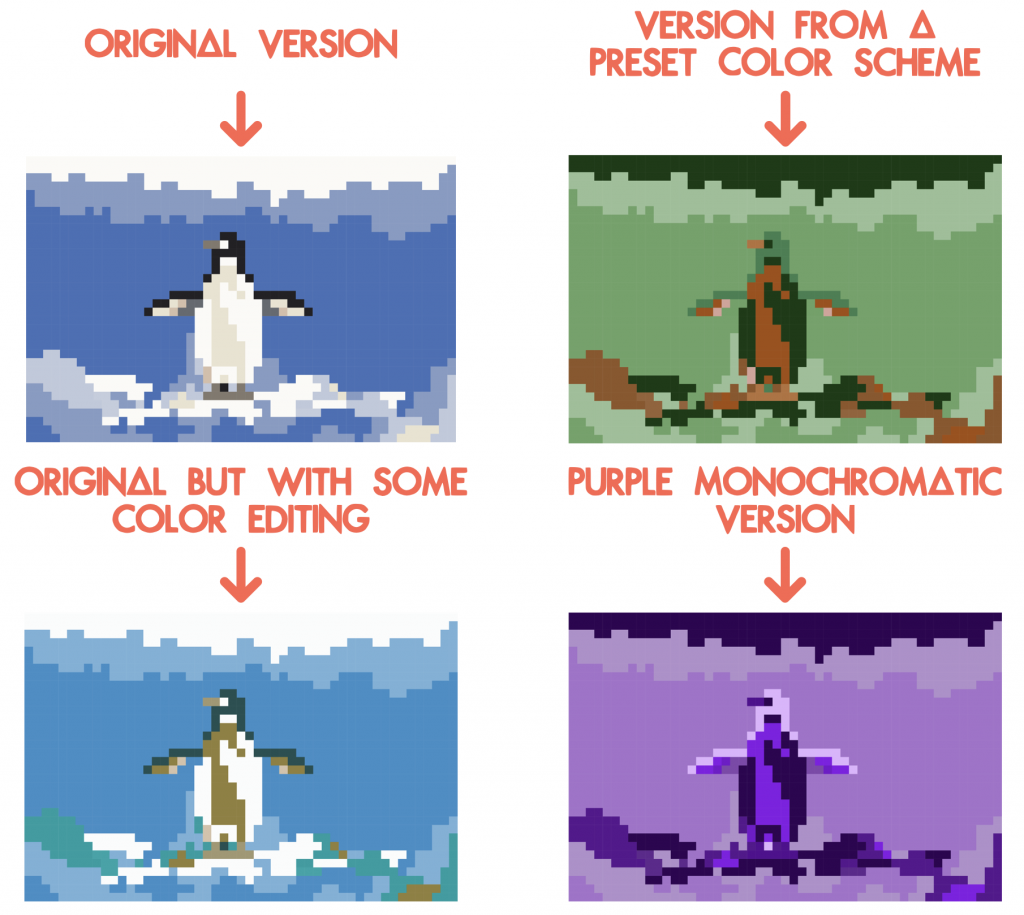