This week I worked on a shape manipulation training that taught me how to create different shapes using the direct selection / pen tool, as well as combining/subtracting certain parts of shapes. I made this lil pattern, pretty neat: 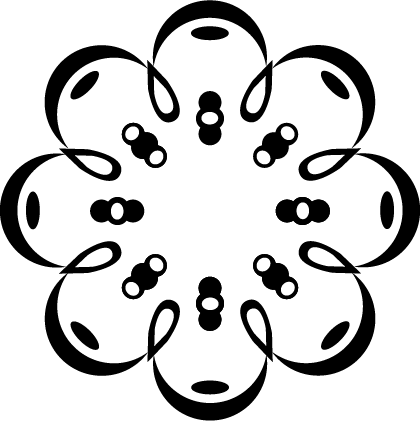 The coolest part of this training was getting to mess around with this bird that was created out of a bunch of overlapping, trimmed ellipses: 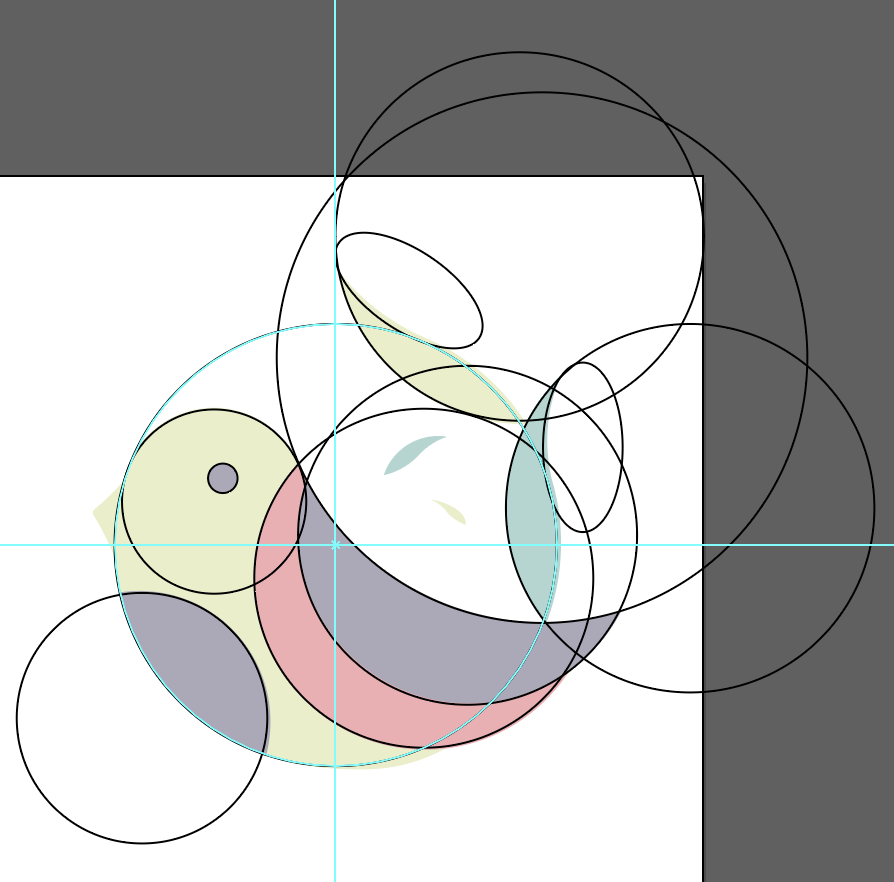 I used this tool I’ve never even heard of on illustrator called the shape builder to add and subtract parts of each of these shapes, eventually creating this lil birdy!: 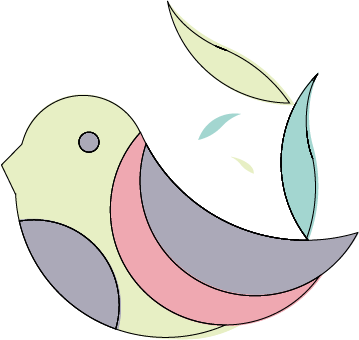 Pretty fun. Would love to play around with this tool for some logo design fun. 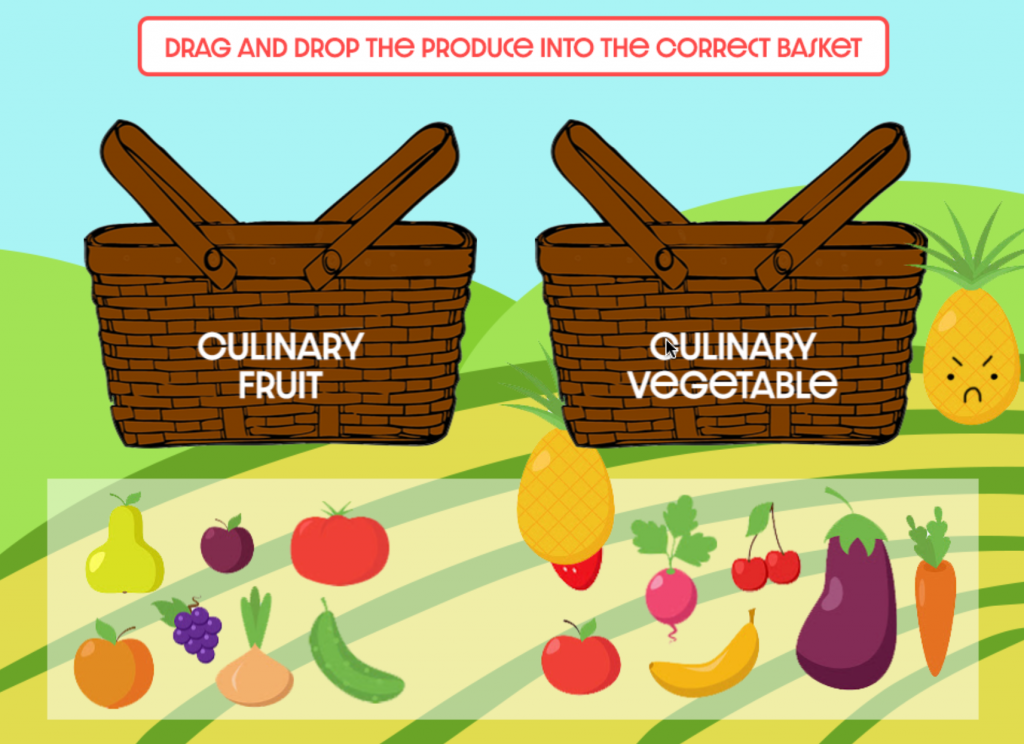 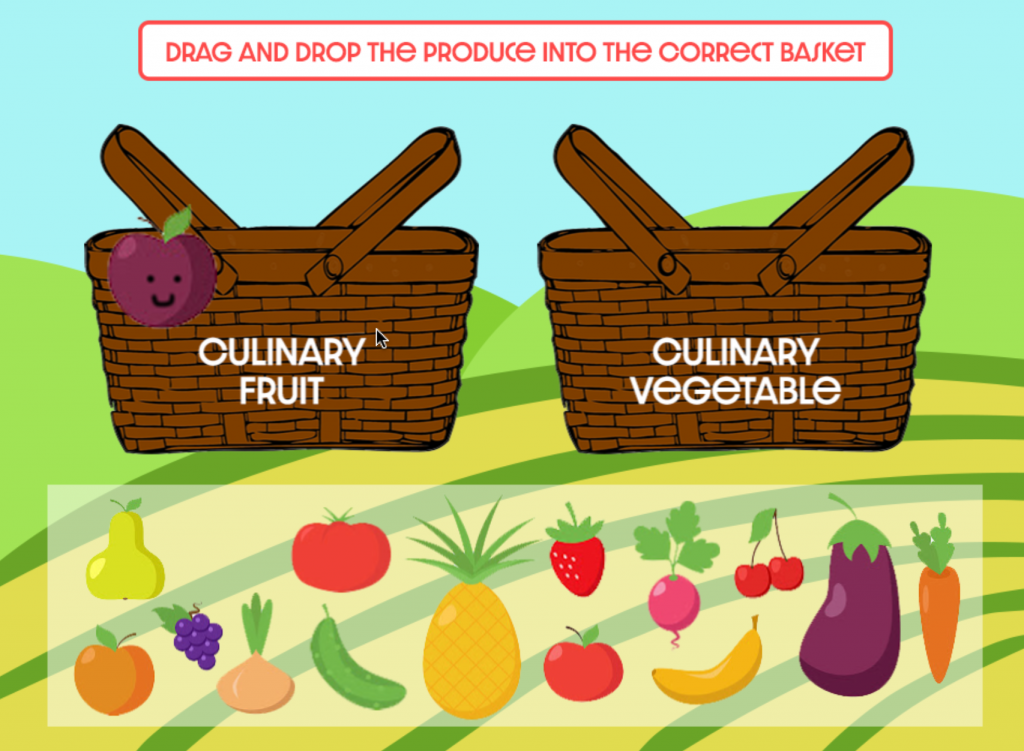 This week, I made some final edits to the project time estimate training I’ve been working on. We decided that a vertical flow chart was the easiest to follow: 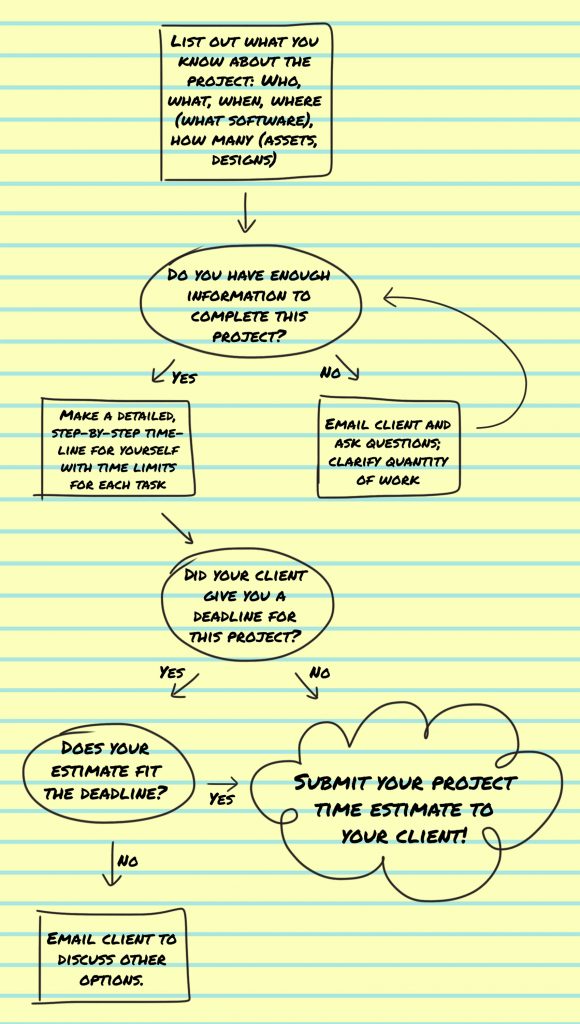 And I created this little banner to try and fit in with the pencil sketch / brainstorming theme of the flowchart.

Looking forward to doing a test run of this training sometime next week! It’s pretty dense, but I’m hoping the information is clear enough. I’ve framed the practice part of the training to make me (or whichever future STA is in charge of providing feedback for this training) act as the “supervisor” or “client” that the STA is working with, so should be pretty fun to play that role.

Other than that this week has been pretty relaxed; Just worked on some photo IDs and tried to get a bit of stuff done on canvasser, but my computer seems to really hate running that software, so baby steps.

I’ve begun creating a basic training for the KB that explains how to create a project time estimate. In this training, I’ve outlined how to divide a project into specific, chronological tasks, and then attaching time limits for each of these individual tasks. I created a flow chart to demonstrate how this process will go, and the setbacks an artist may have in communicating with their client. Suloni brought up that the “pencil-sketch” look is super relatable when it comes to planning projects, so I’m going to try and keep a similar theme once i turn this into an info-graphic and create a banner for the training. 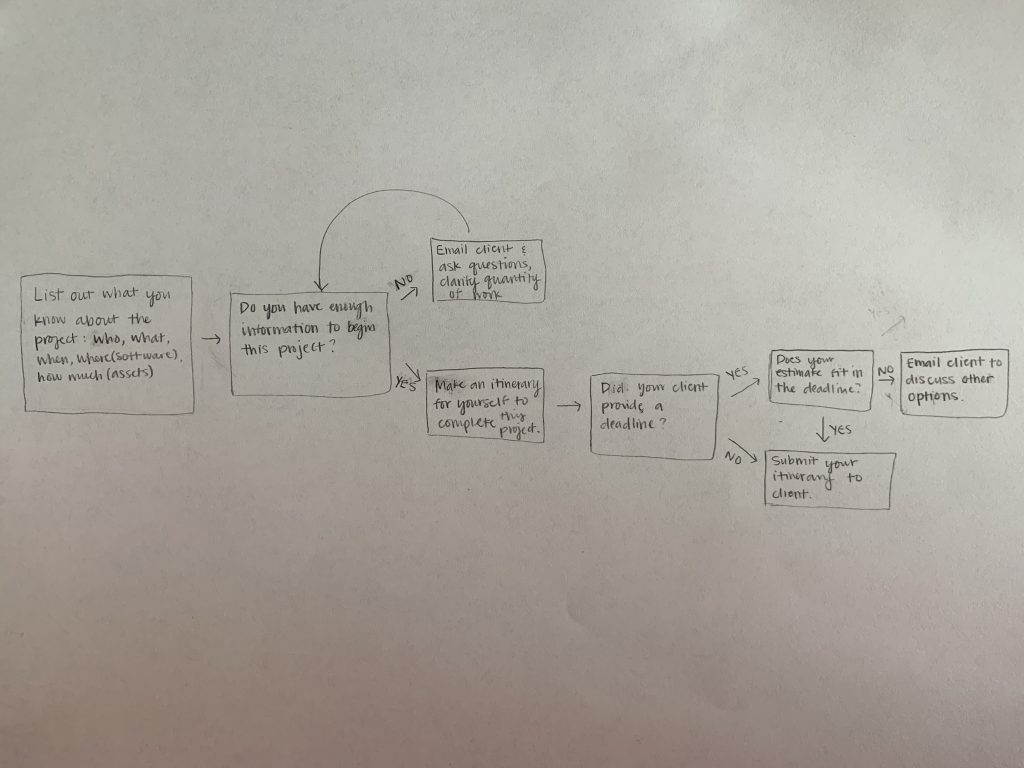 I’ve been slowly working on an image live tracing training for a few days. Through this training, I learned how to make a detailed outline of an image, change the coloring and effects of that image, and turn it into a custom shape.

This is the original image I used: 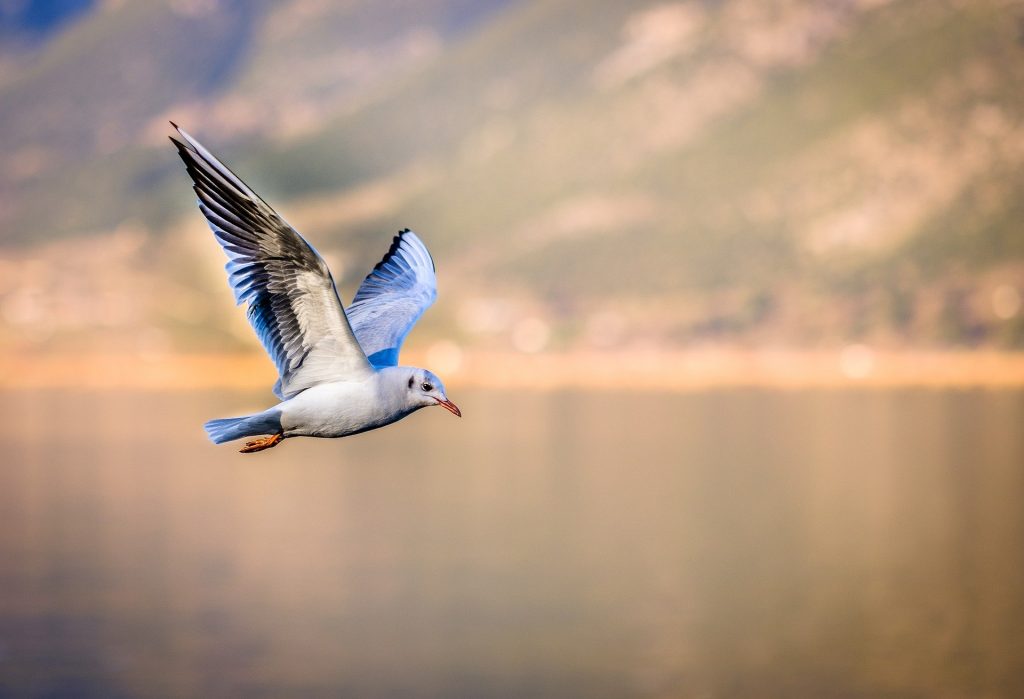 I played around with the different image trace effects for a bit and created three different thresholds: 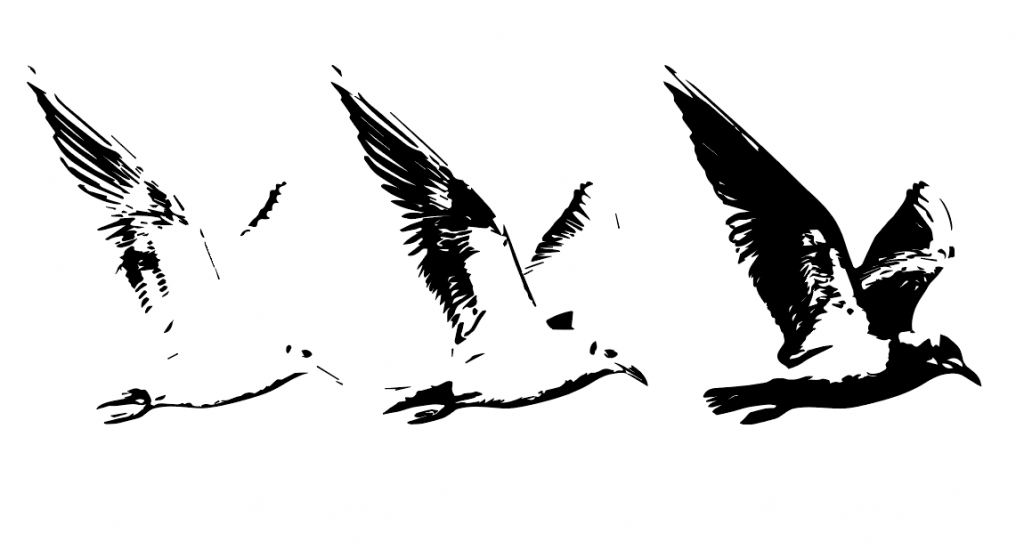 Finally, I created a work path to define a custom shape for my design, which is now saved on photoshop for later use. I added a color overlay and this is the final result! 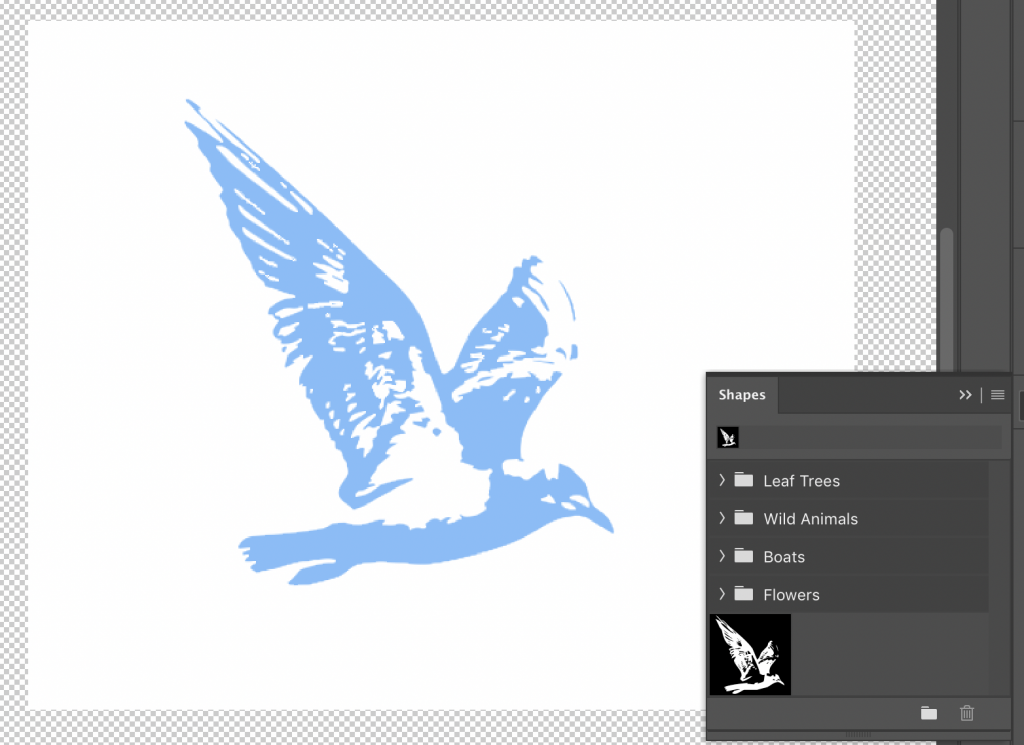 This training was pretty fun and taught me the use for a bunch of small psd and ai tools that I’m familiar with but never really put into practice. Definitely looking forward to using the other image trace settings to create some cool outline graphics and maybe logo designs.

Today I worked more on my assets PSD file for my canvasser game. This game is going to be a drag and drop produce classification game. The produce will smile or frown depending on if you drop them in the right basket. 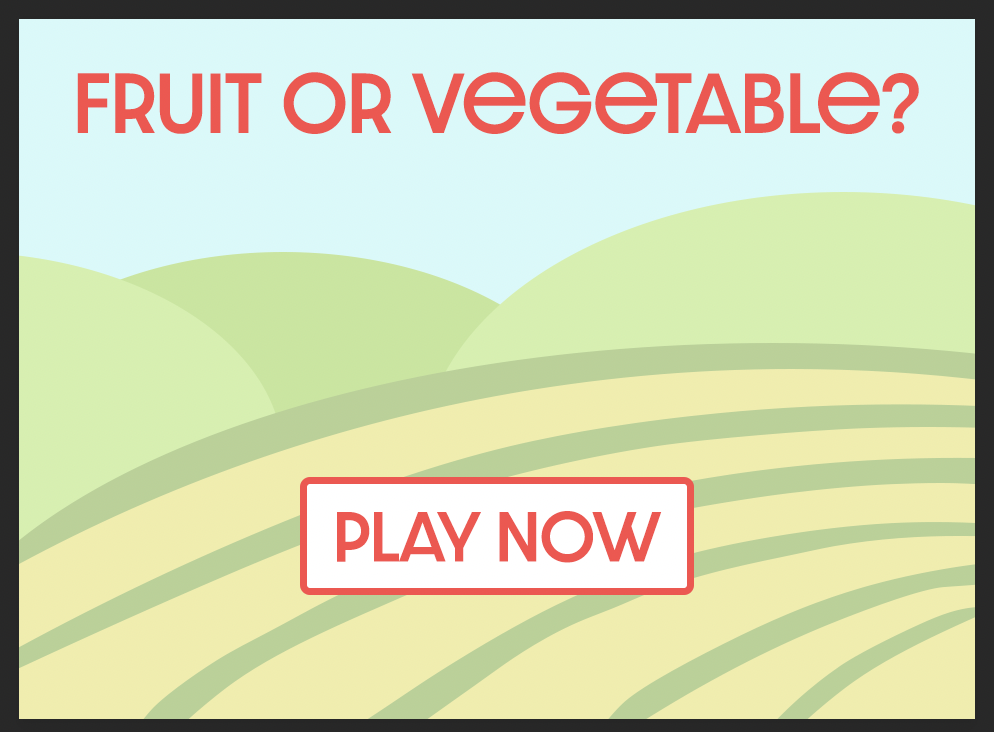 Here’s what should happen on canvasser if you drag the fruit into the right basket (the pear at the bottom would disappear behind the basket): 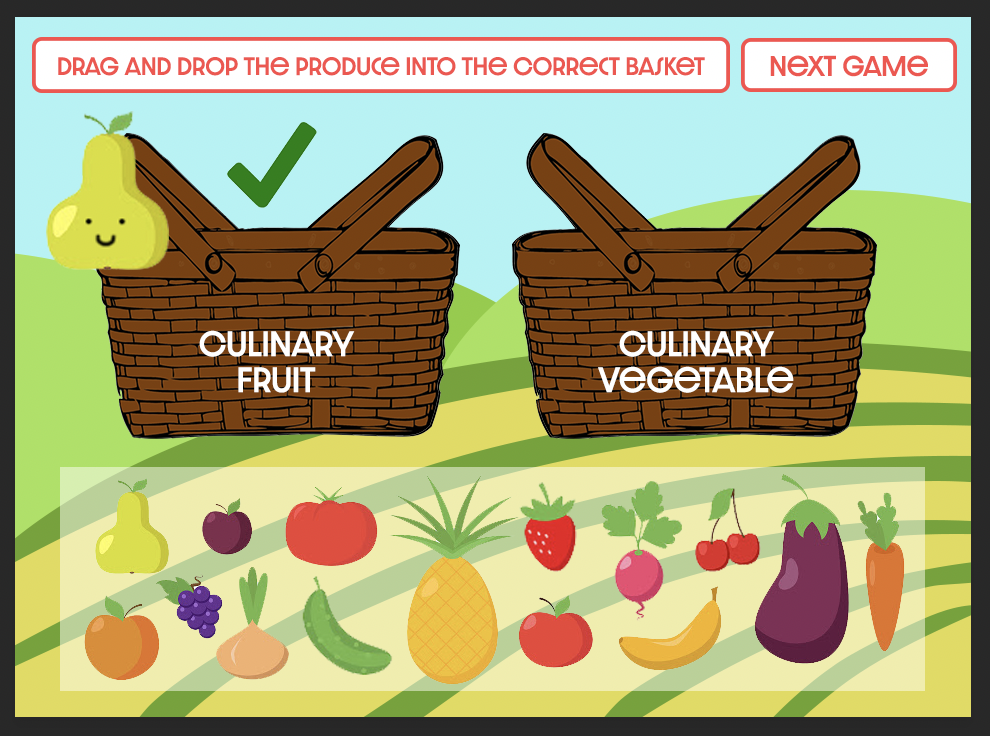 And here’s what’ll happen if you drag the produce into the wrong basket: 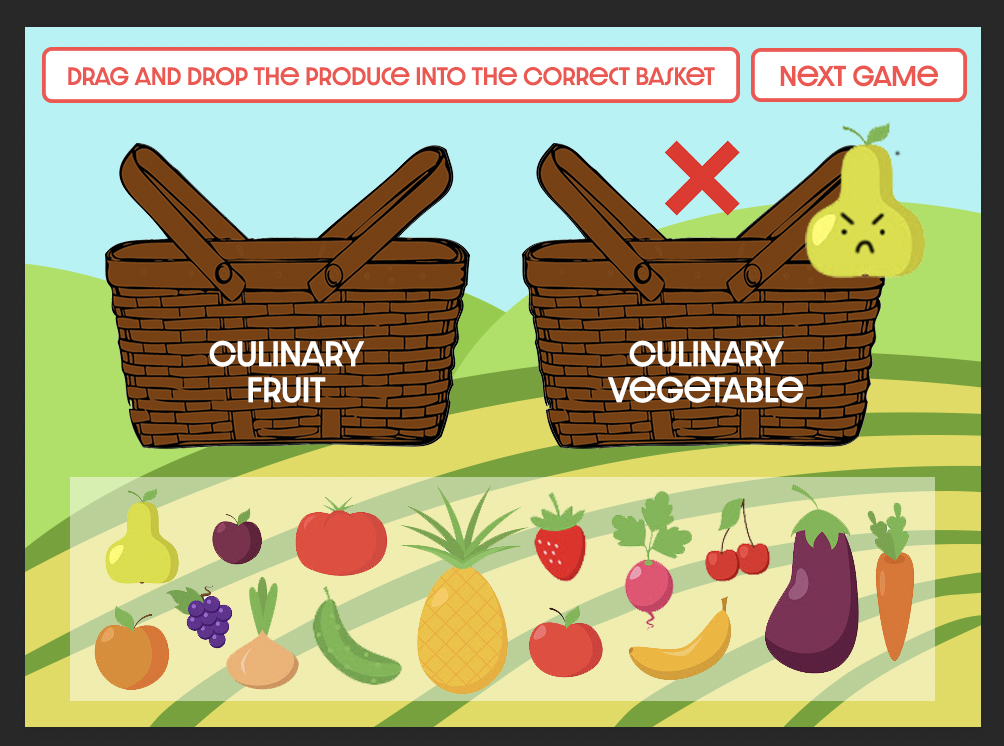 Waiting for some feedback on the PSD layers and then I’ll hopefully get to start putting these into canvasser!! I feel like I’ve been in the planning stages for this game for so long, so I’m excited to actually start putting my ideas into the graphic world~~