I’ve made several changes to the site since receiving the base code:

Working on implementing functionality to new Ancient Currencies website. Site basically is an ancient currency converter & I’m taking over from where Rodrigo left off. Website design is still in the works, so for now I am coding the functionality for the site. Using Stacy’s wireframe to help me out.

Current site in the works: 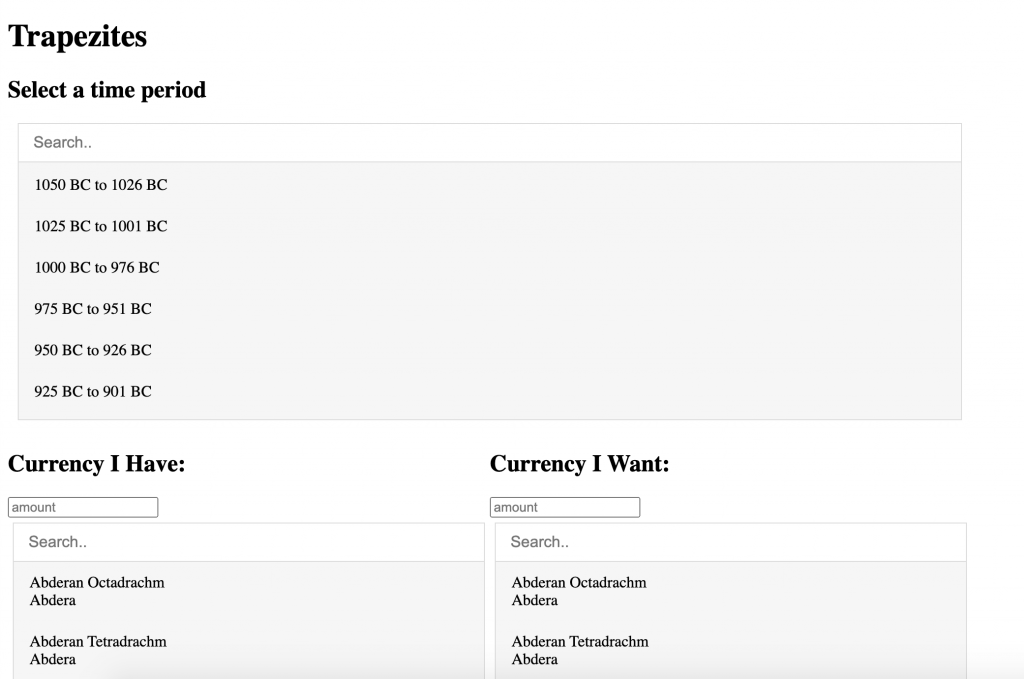 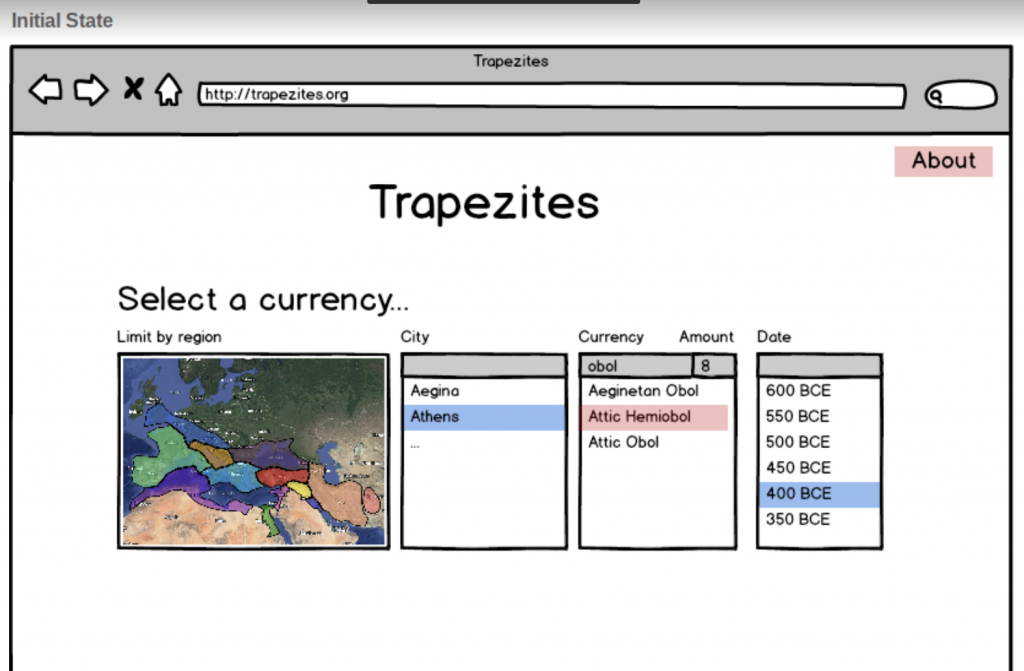 Today, I mainly just got set up and briefed on the project. I spent some time getting myself familiar with the code and added small adjustments to the Time Period Search function. 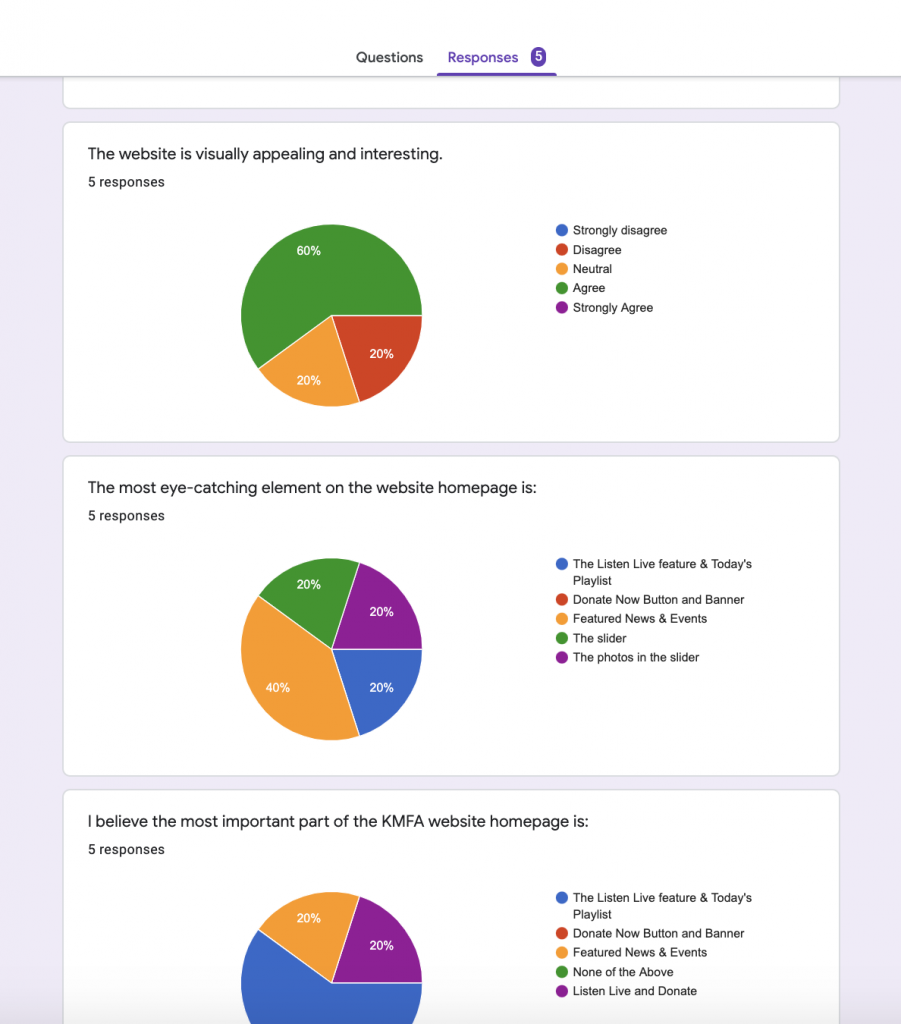 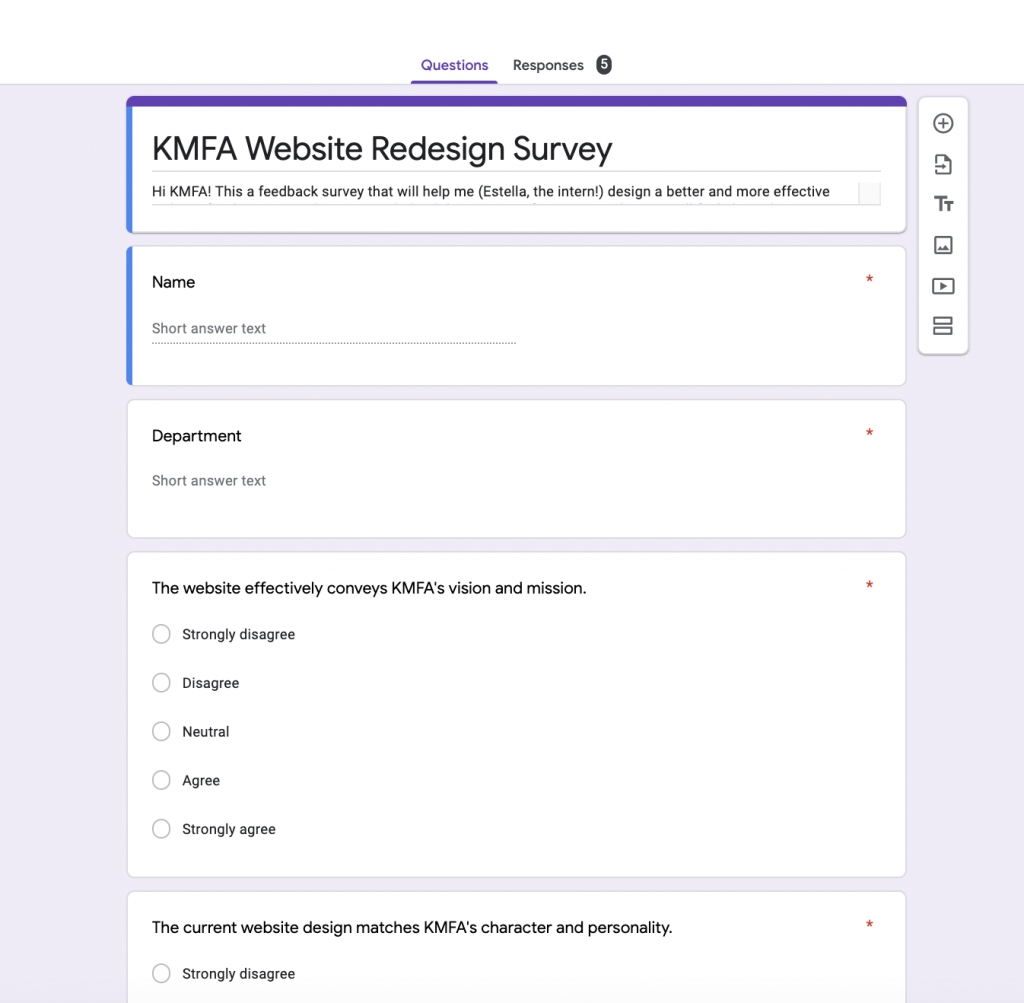 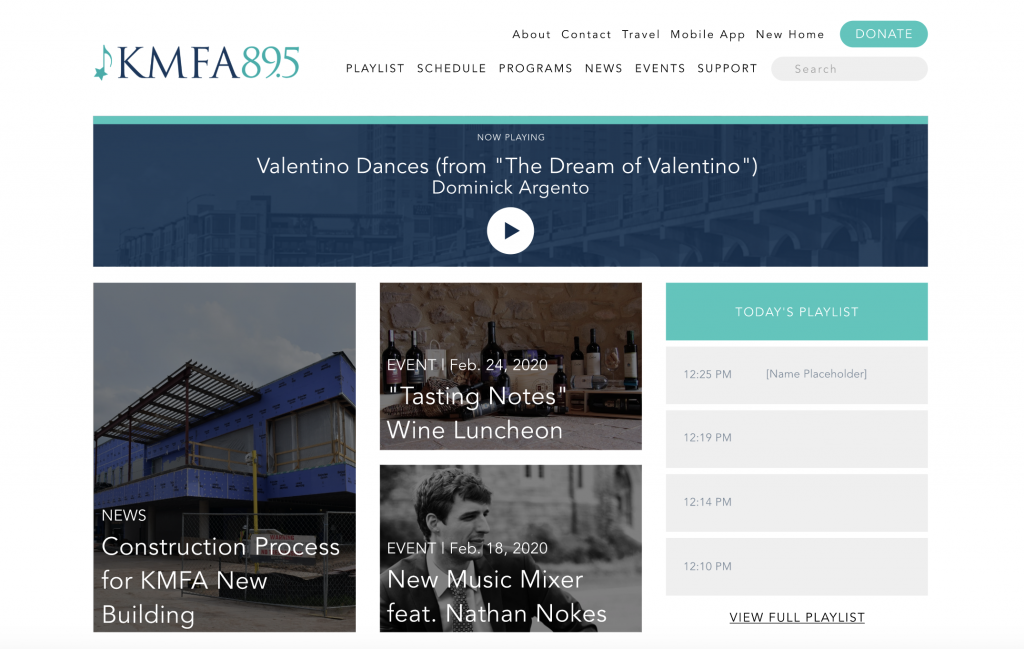 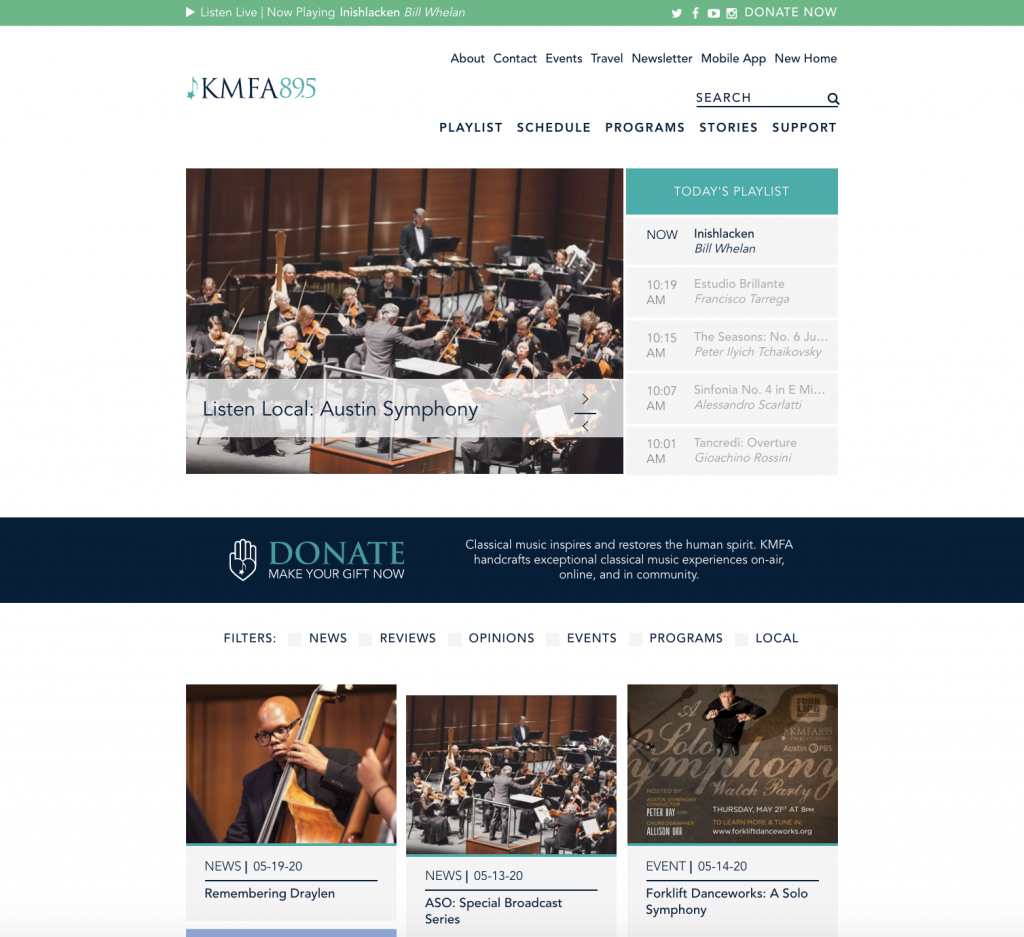 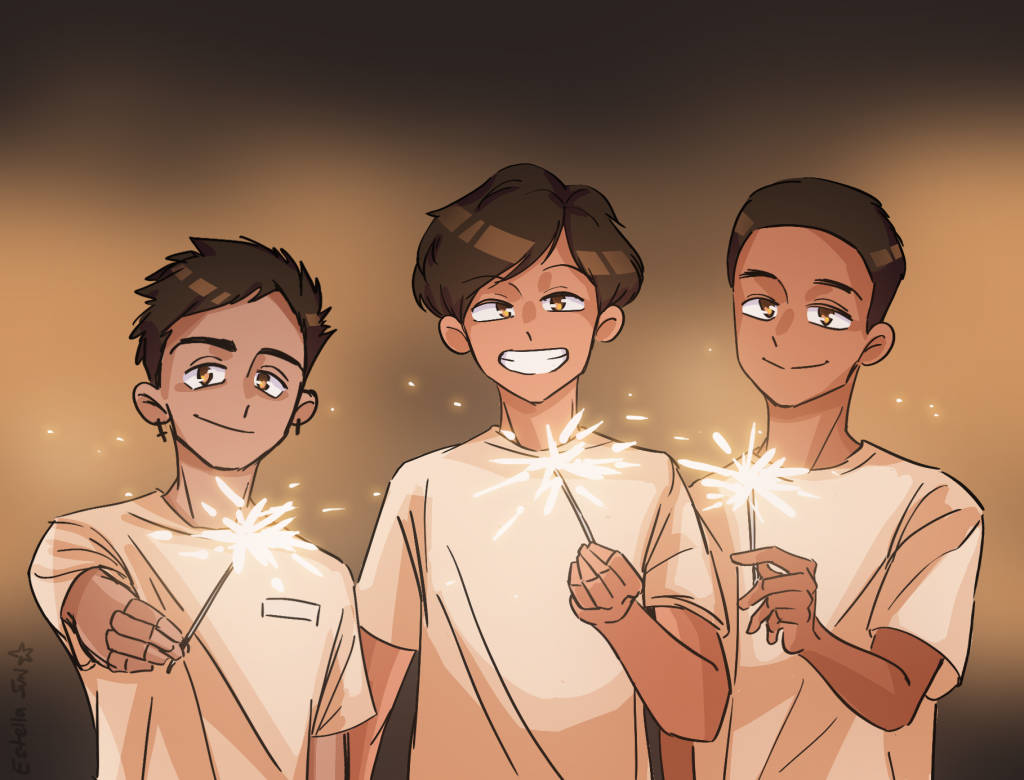 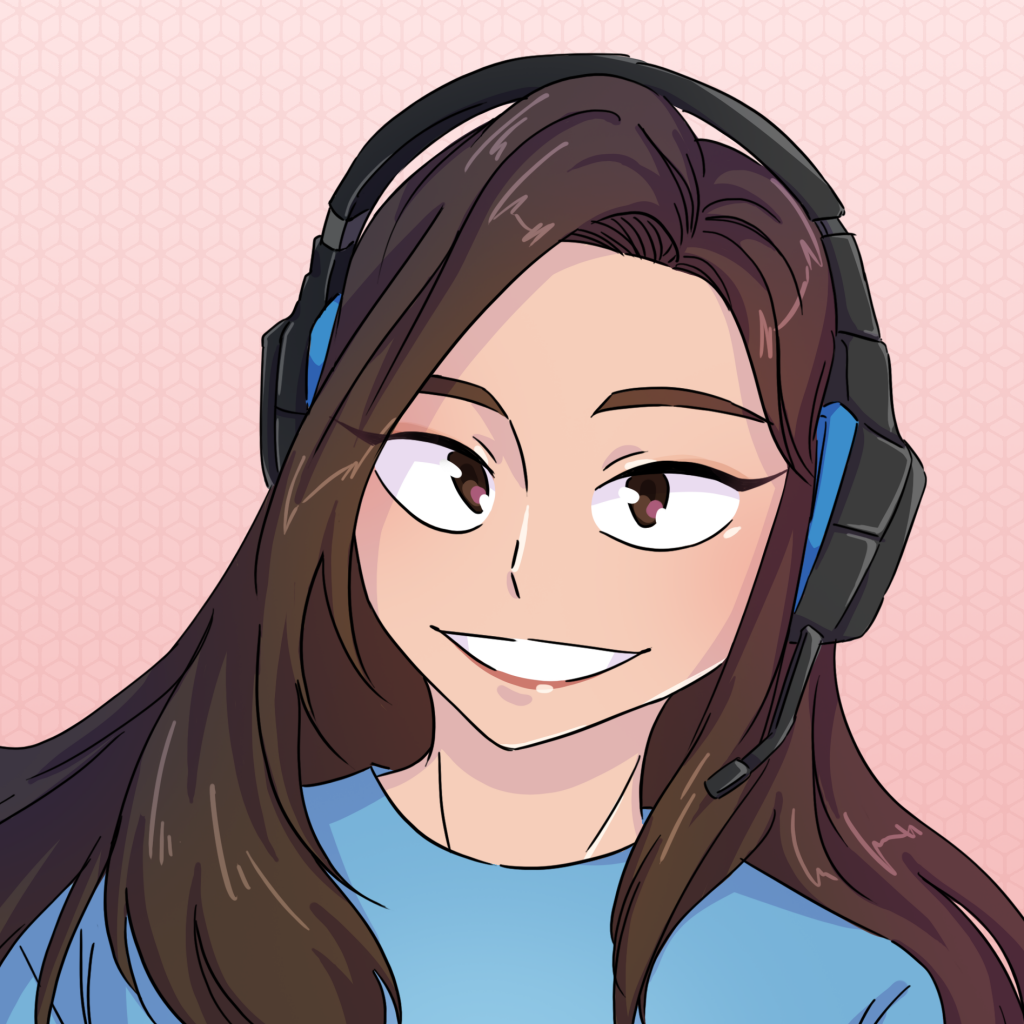 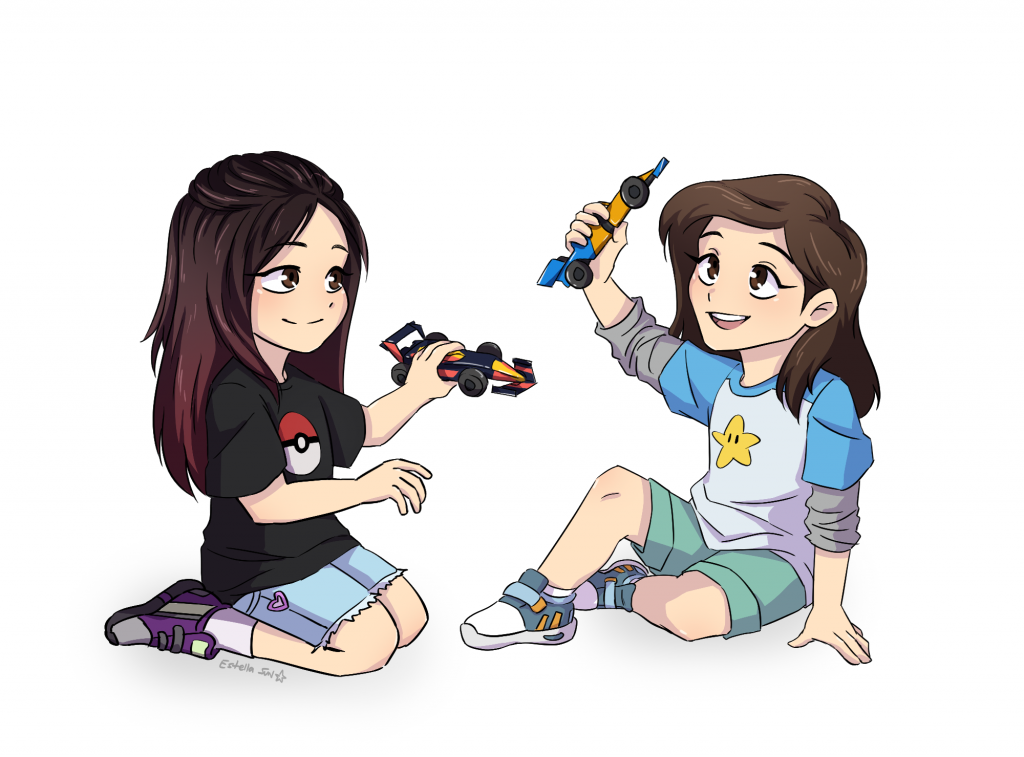 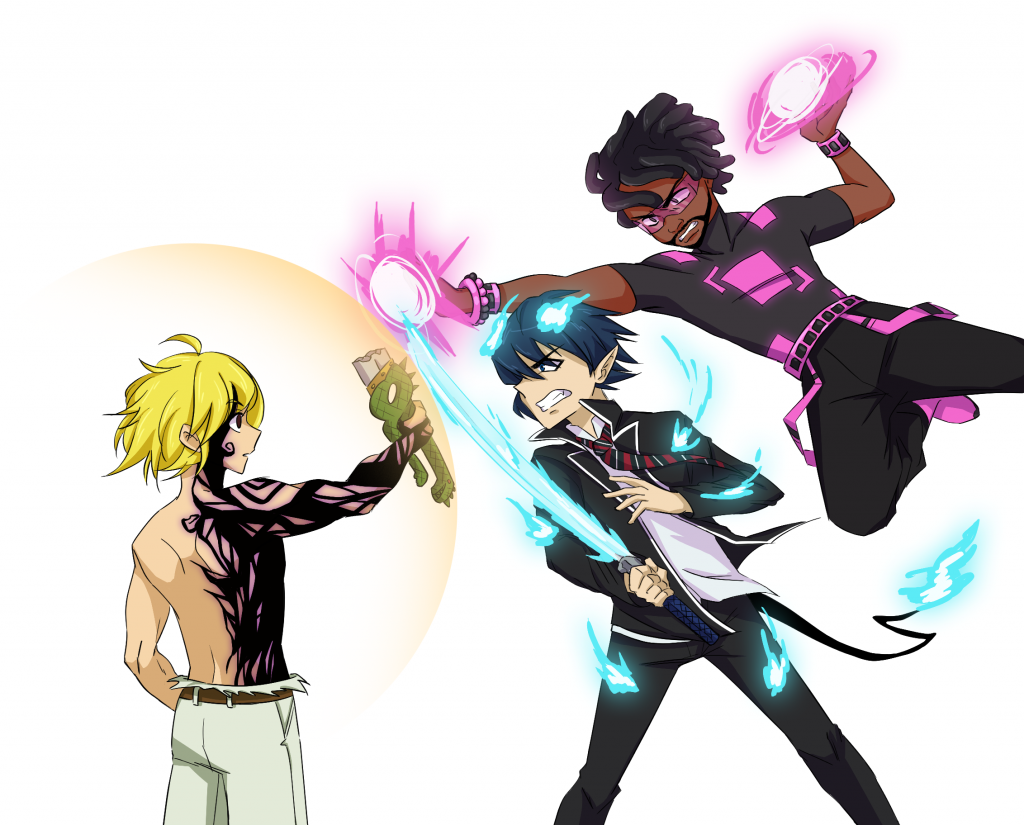 Vlabs is in its final stages, so I mainly worked on vlabs canvassers and PSDs. The vlabs home page got a temporary graphic that we pulled from the flash site and I still need to get the icon from Jac to put in the header.

I also got put back on the learning persian project. I worked on this site before leaving for the summer, but now I’m back and putting some finishing touches. We had a long talk with Stacy about the navigation and decided to move the side menus to the top with the rest of the navigation. This will also make for a better mobile responsive site. https://learning-persian.la.utexas.edu/persian-of-iran/

Finally, I finished up my psy 352 powerpoints. Those were pretty simple and quick, so not much to update there (besides initial issues with updating keynote and whatnot)!

Like the past few weeks, VLabs has continued to take up the biggest chunk of my time at work. I’ve continued to make changes like being able to click out of the dropdowns/sidenav, tweaking font sizes, and mobile responsiveness. Some next steps include talking to Jac about the icon and home page image. https://anthro-virtual-labs.development.la.utexas.edu/

Other than vlabs I’ve done several COLA IDs. This round was a little rough because many of the pictures that we got were poor quality or too small.

The past few weeks I haven’t had stuff to update on here because I’ve just been doing vlabs work. But now that I’ve made substantial project, I’ll post the link here:

Besides Vlabs, I’ve done some COLA IDs on the side. But other than that, nothing else new to report!