I haven’t been doing a great job at updating my blog this semester. Needless to say, a LOT of stuff has happened since my last post.

When I originally started the Ancient Currencies project, it was supposed to be a 1-2 week project that Stacy gave me to keep me busy until I started my official duties as remote STA and Cascade advisor. I managed to do a lot of progress in those first 2 weeks and the goal of having a Minimum Viable Product for the site was achieved in time to show the client. I based my original design in the Google currency converter, it looked like this: 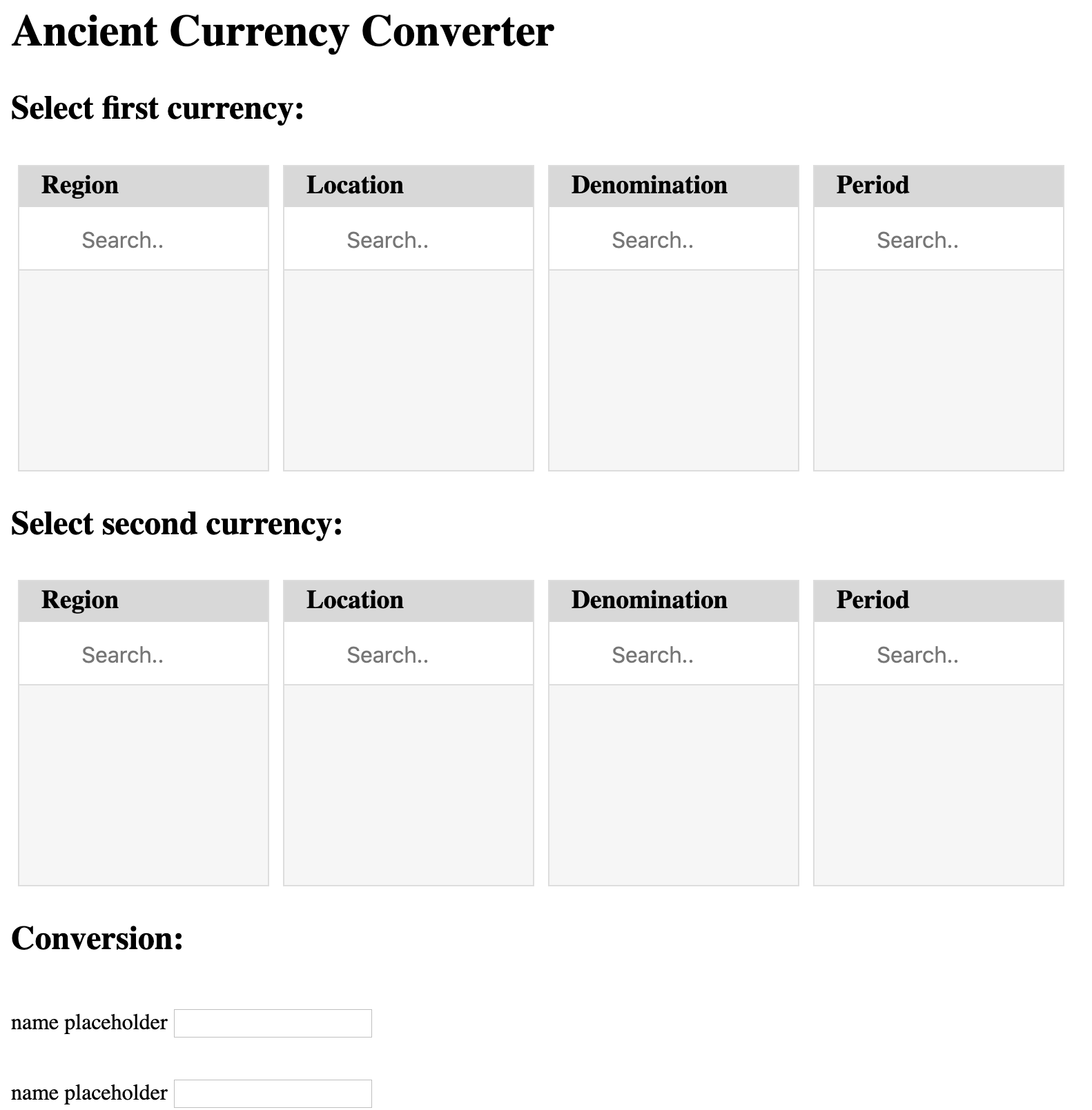 While this design was a good start, we quickly realized that being able to convert between two unknown ancient currencies didn’t really give any useful information to the user. Instead, we decided to make the user choose a single currency and then convert it to others in the same period as well as different commodities (salaries, food, goods) to give the user a better perspective of what it was worth. I also added a useful map to visually display the regions and made the period selector actually work. This is the second iteration as of now: 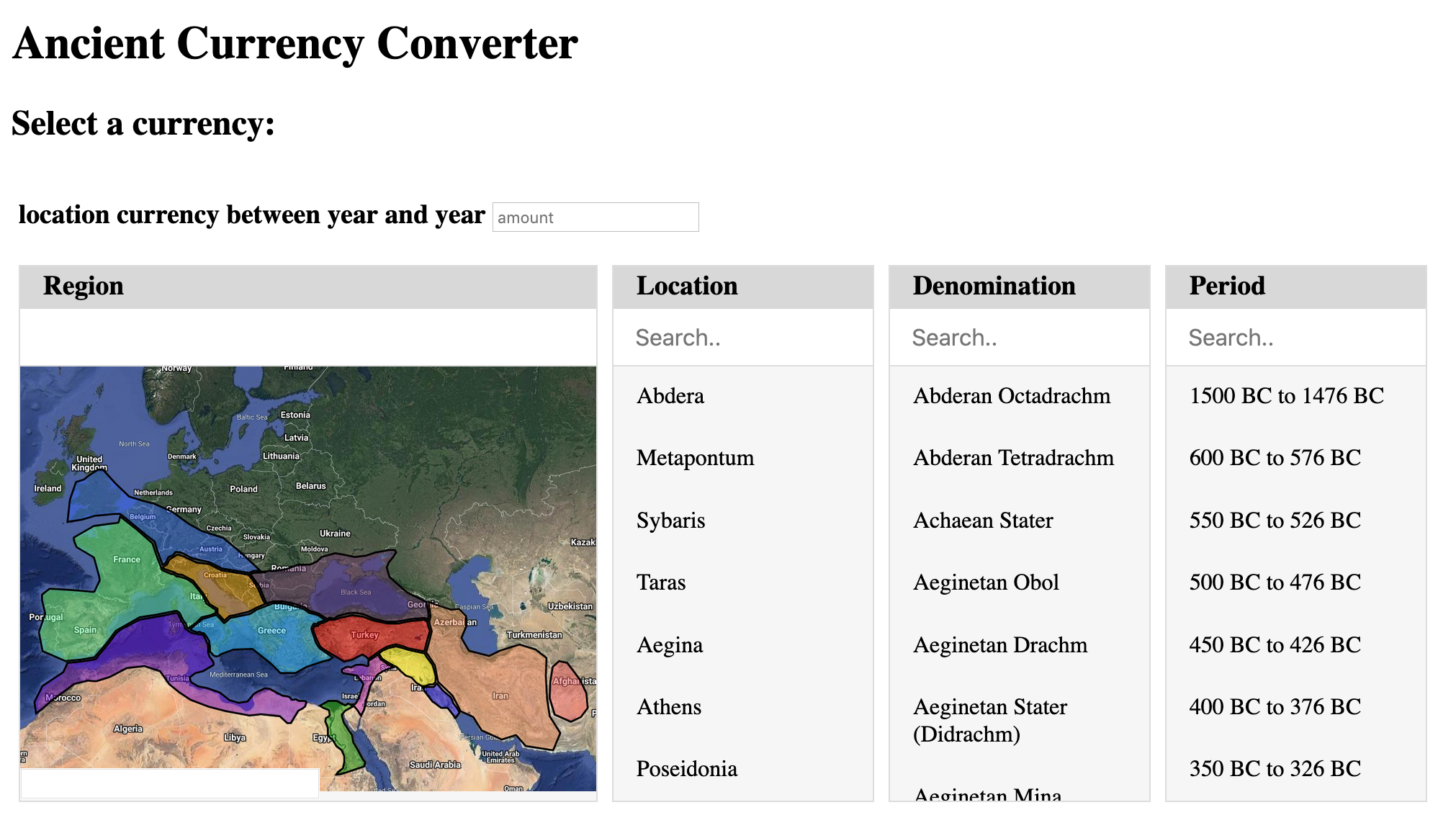 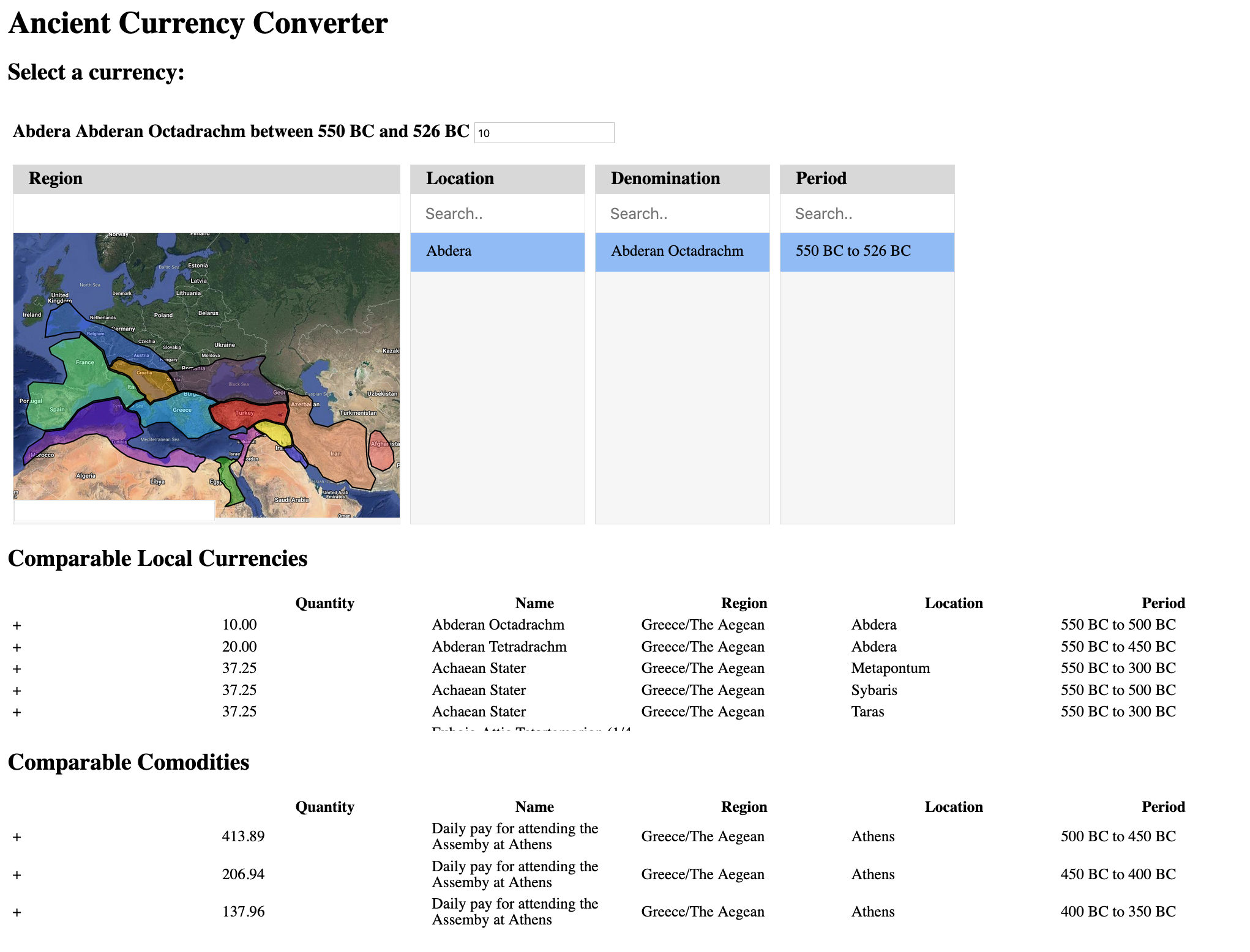 This has been 3/4 a semester’s worth of work. While there are still lots of little things that I need to implement in order to get the site ready to release one of them stands above the others: URL path functionality. In short, whenever a user selects a currency they should be able to copy the URL, send it to someone and have the site load on the same currency again. This might sound simple but there’s a lot of things that need to happen in order for it to work, especially on a site with no backend (doesn’t refresh).

I am honestly really proud of how far this project has come. Mostly, I’m proud that I’ve managed to bring it this way with minimal help from Stacy or anyone else in the LAITS team. I feel like this is a proof of how far I’ve come as a frontend developer. The project is a nice way to close my time as an STA (since I graduate this semester). I’ll post an update sometime later.