Last week I mostly finished replacing the videos for Vlabs, except for some MP4 files that wouldn’t play in Safari. Still not entirely sure why the videos weren’t playing when they had previously worked in Safari, but early this week Ruben helped me figure out a work-around by reuploading many of the broken MP4s to Grav, which worked! Turned out to be slightly more convoluted process than I was anticipating, but they main thing is that all videos are updated and playing correctly in different browsers.

The other main project I’ve been working on is the new Canvasser tutorial for the Knowledge Base. Abriella made this nice banner for the top of the page, and I’m just working on fleshing out, adding screenshots, and improving the the content of the training. I’m trying to break down the steps so they’re easy to follow and not over-complicated, but still make it a comprehensive introduction to Canvasser for people who’ve never used it before. It’s definitely going to be a longer and more involved basic training, so I’m thinking it will be really helpful to get feedback on it as people start attempting it for the first time.

I’m also including multiple Vlabs and TBH interactives at the top of the page to hopefully give people a sense of what a finished interactive can look like in terms of aesthetics and functionality. Here’s what the post is looking like so far: 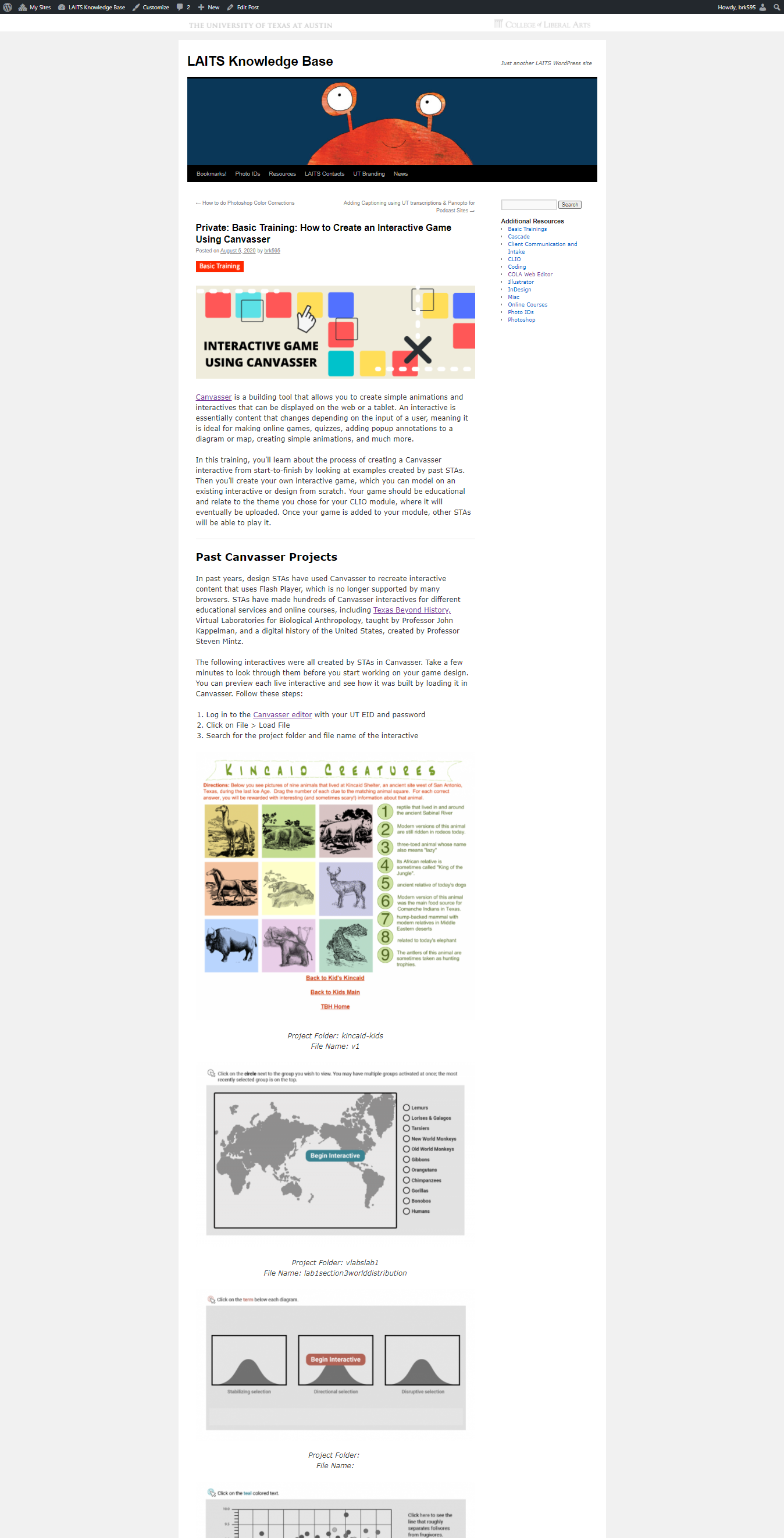