Description: My task was to create a split image of the past and present Jefferson Davis statues to be used as a potential splash/cover image for the Racial Geo site. 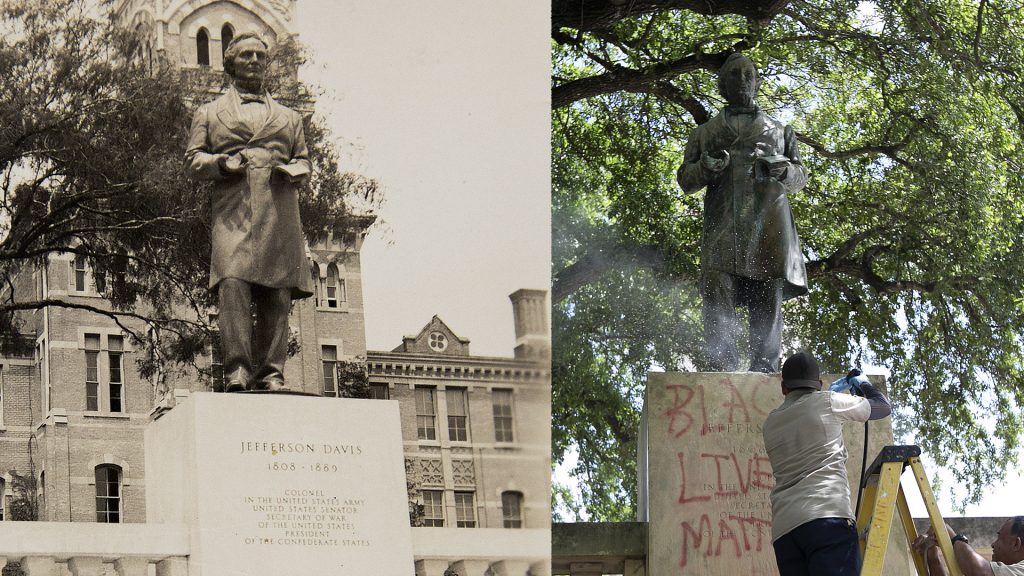 I started by importing the two photos and resizing them and cropping them so the two statues seemed about the same size compared to each other.

I then created layer masks to hide the parts of each image that I didn’t want, and drew out a tear with super-textured brushes to make it look like a paper tear. I like how it turned out looking like there’s a shadow! I also touched up the images to make the statue itself stand out more as a subject. For example, in the picture from 1933 I did a kind of vignette effect and darkened the edges. For the 2017 picture, I made the colors a little brighter/saturated to contrast it with the other desaturated pic and also added a bit of a “spotlight” on each statue to make them the center of focus. 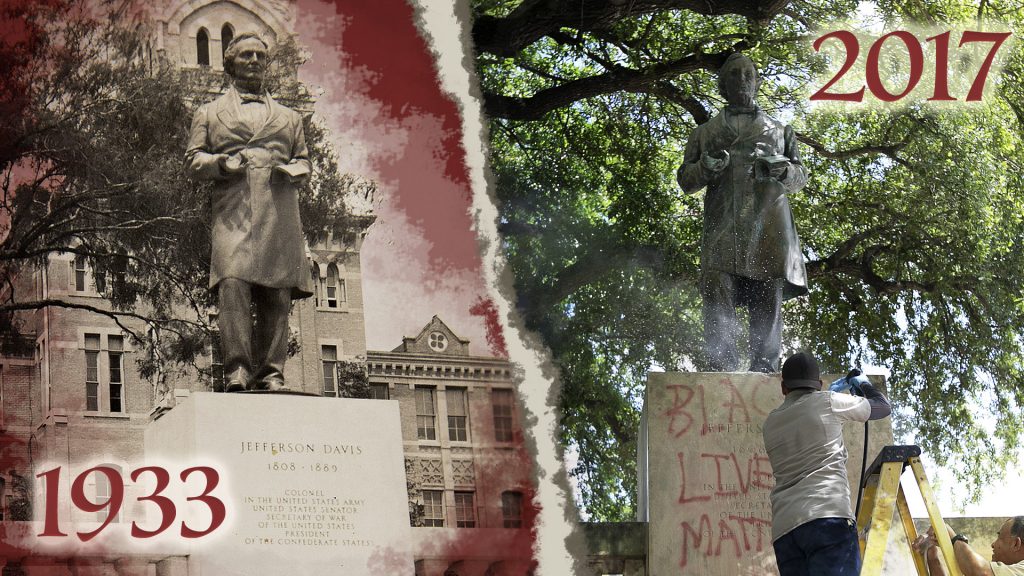 I had to experiment with making a “red sky” for the “old” version, and after painstakingly outlining the sky with the magic wand tool it turned out kind of ugly, so I ended up just drawing in a reddish background using the specific hue of red specified. I also tried using both horizontal and vertical dates, but the horizontal ones ended up looking better. This project was a lot of trial and error!