Last week I finished copying content for my assigned labs into the new site. The next phase will be making the interactives, which is going to take awhile since many of the assets need to be created in Photoshop before that can be made into clickable interactives using Canvasser.

Yesterday Estella taught me how to make web interactives in Canvasser and I started working the first one, which will be a practice exercise for everyone to get to learn how to make the interactives and get to the same level in Canvasser. I was a little intimidated to try this since I’m not as computer savvy as some of the other STAs and Canvasser scares me a little bit but it wasn’t actually that bad. Writing down the steps and repeating them until I got the hang of it helped me.

Here’s a link to the interactive that I made:

I also made a few illustrations this past week for Tate and Kathy. The first one is an illustration showing a raised body temperature on a celsius thermometer, drawn in a semi-realistic style, similar to wikihow illustrations. I pulled the flesh tones and background color from an example illustration Kathy showed us and modeled the thermometer/hand after a few copyright-free images. The second is an illustration of a bath brush that I did for Tate, which I also used a reference photo for. All of these objects are made in Adobe Animate as vector images, and since they’re being used for animations they don’t require as much detail, so I only added a bit of texture on the bristles of the brush to add some dimension (initially I had two tones on the wooden handle but I went back to one color to keep it more minimal). I really enjoyed doing these illustrations so I hope I get more assignments soon! 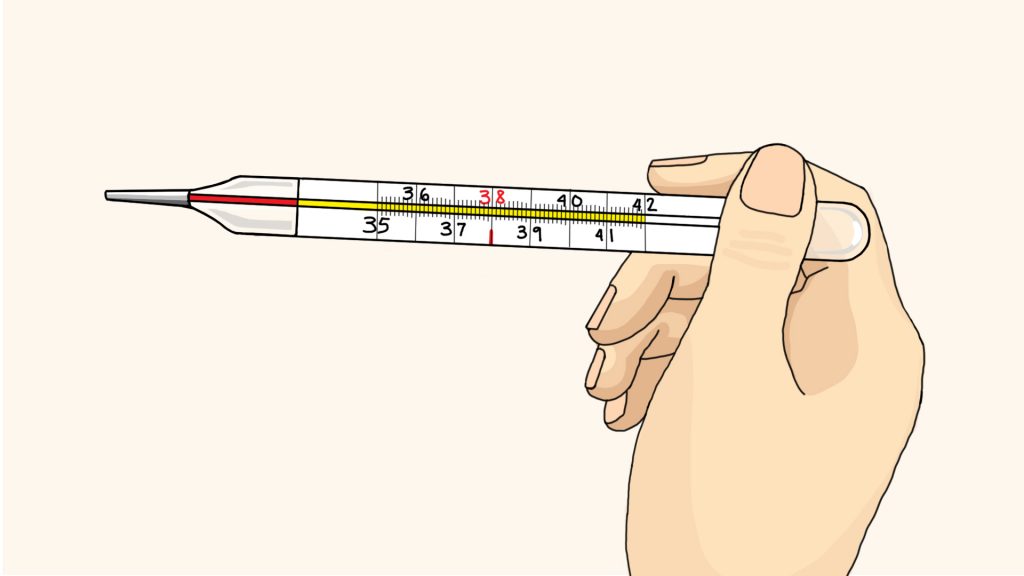 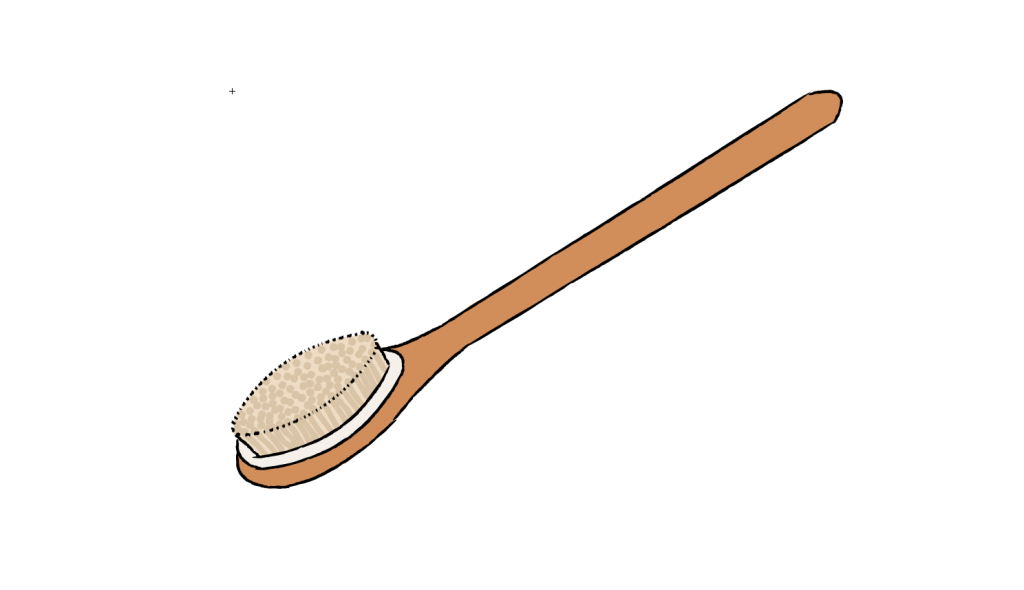