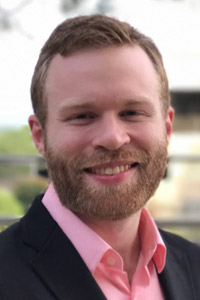 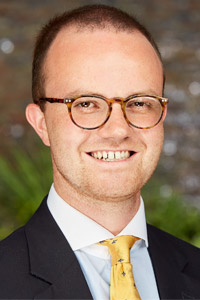 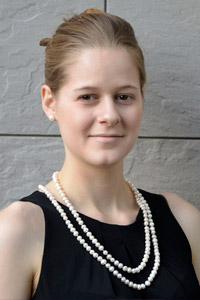 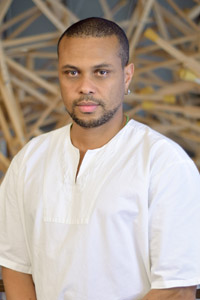 I edited and uploaded a bunch of COLA photo IDs this month! 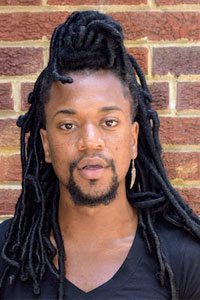 I have also been busy working on illustrations for the RUS407 course.

Scene description: Polina is sitting in a chair in the kitchen. Sad face. She’s all bundled up on warm pjs, with a thick scarf wrapped around her neck. Her bare feet are submerged in a basin into which Antonina is pouring very hot water (see steam). Oleg is sitting next to her holding a big jar against his tummy on which is written ‘Мёд’ (honey).

I started out with a very rough layout of the scene. 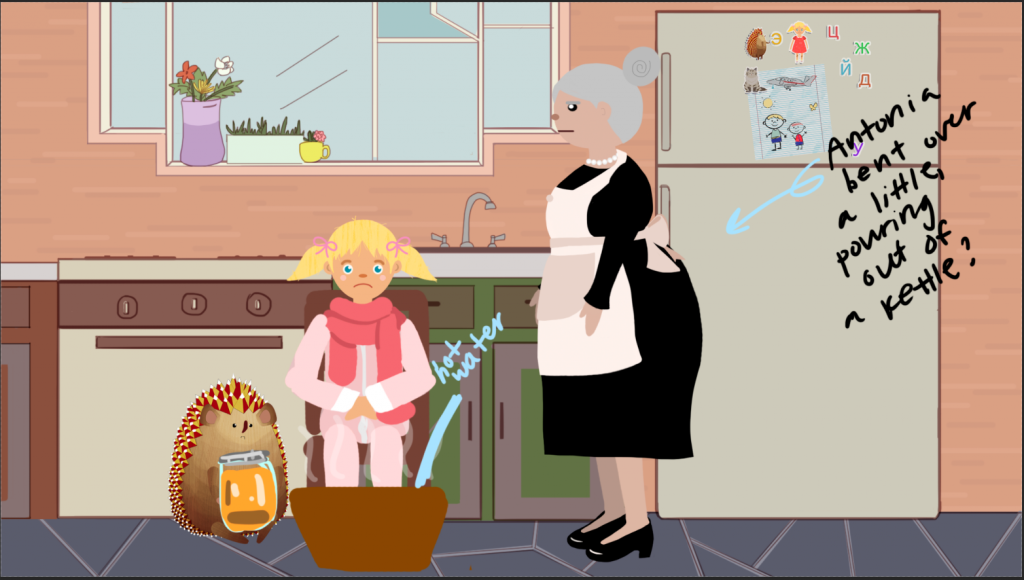 The scene utilized a lot of previously made assets. The kitchen background is one that has been used many times in the past, so it was really a matter of positioning the character puppets into the scene and roughly painting in a few additional details or props and outfits! I often put characters in with their default poses and paint on top of them if needed. I also enjoy scribbling notes in a layer on top of everything. This helps me get my thoughts together.

Things I had to address:

Eventually, the illustration evolved into this: 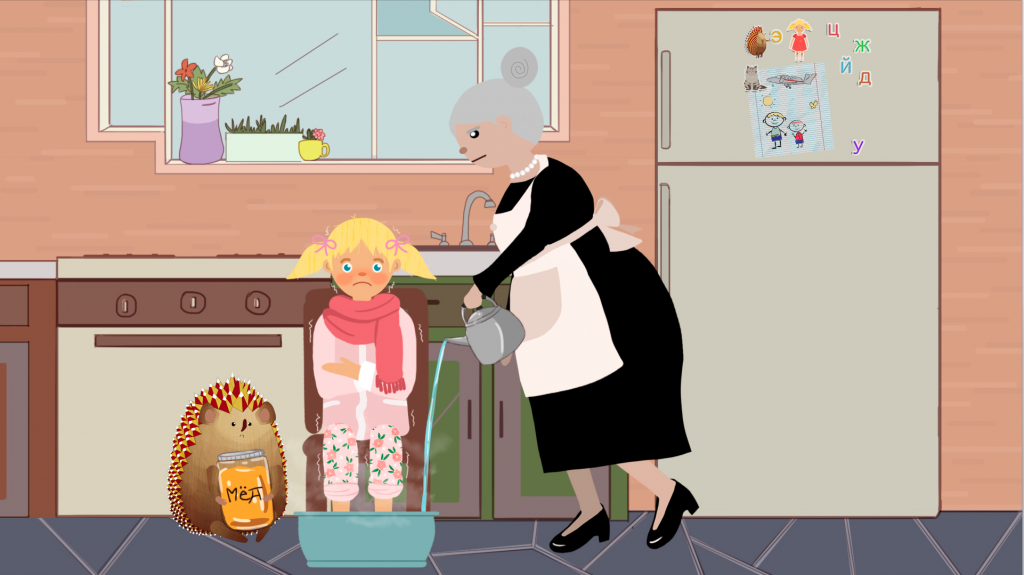 Suloni suggested that I give Polina’s pajamas a print of some sort, so in a clipping mask layer, I painted a simple flower print. I also changed the size, shape, and color of the basin. Because the basin isn’t as tall, you can clearly see that Polina’s pants are rolled up! I made Polina hug herself to make herself look cold and added some redness to her face using a soft round brush with lowered opacity. I also drew in little shaky lines around her to emphasize the fact that she is cold and shivering. I had some difficulty posing Antonina, but I figured it out! And the honey jar Oleg is holding was easy to finalize. I simply wrote honey in Russian right on top with a hard brush!

The steam was created by using a textured brush. I simply painted over Polina’s legs and the basin using white and lowered the opacity. I also smudged it a little using the smudge tool to soften some of the edges just a little. 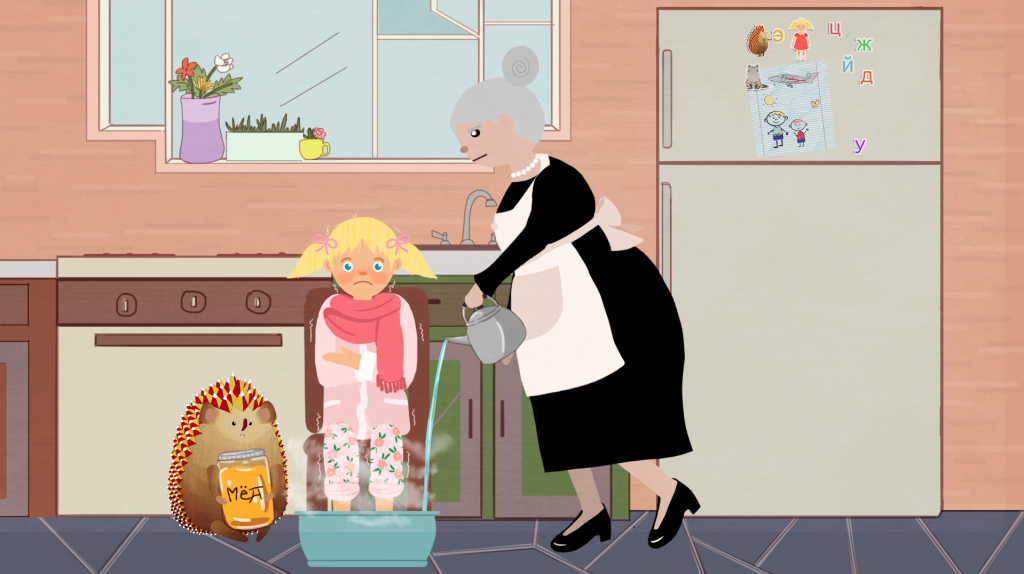 Some minor adjustments were made after the last progress check. The only real change made is that I made the steam slightly more opaque! Now you can really tell that the water is steaming hot! I also hunched Polina’s shoulders up a little more, and now she looks even colder.