Last week I sent out the latest batch of “This is Democracy” drafts. I had to replace the Capitol building with the Lincoln Memorial, so I retraced the new building and played around with the composition. It was a bit difficult since the Lincoln Memorial’s overall shape is a lot different compared to that of the Capitol – it’s way more boxier and fills the space differently. 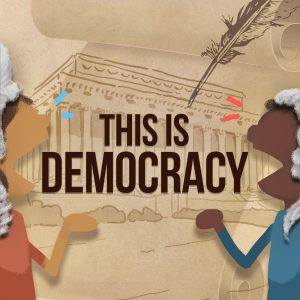 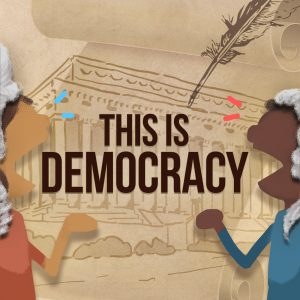 On the left, we have it zoomed out, which I think makes the monument more recognizable, but there might be too much empty space. On the right, the Lincoln Memorial is more zoomed in, but I feel like it’s a little too cluttered. My personal vote goes to the first one!

UPDATE: I just found out that I’m to make a draft with the Lincoln statue instead, so unfortunately the ones of the Lincoln Memorial above probably won’t be used… 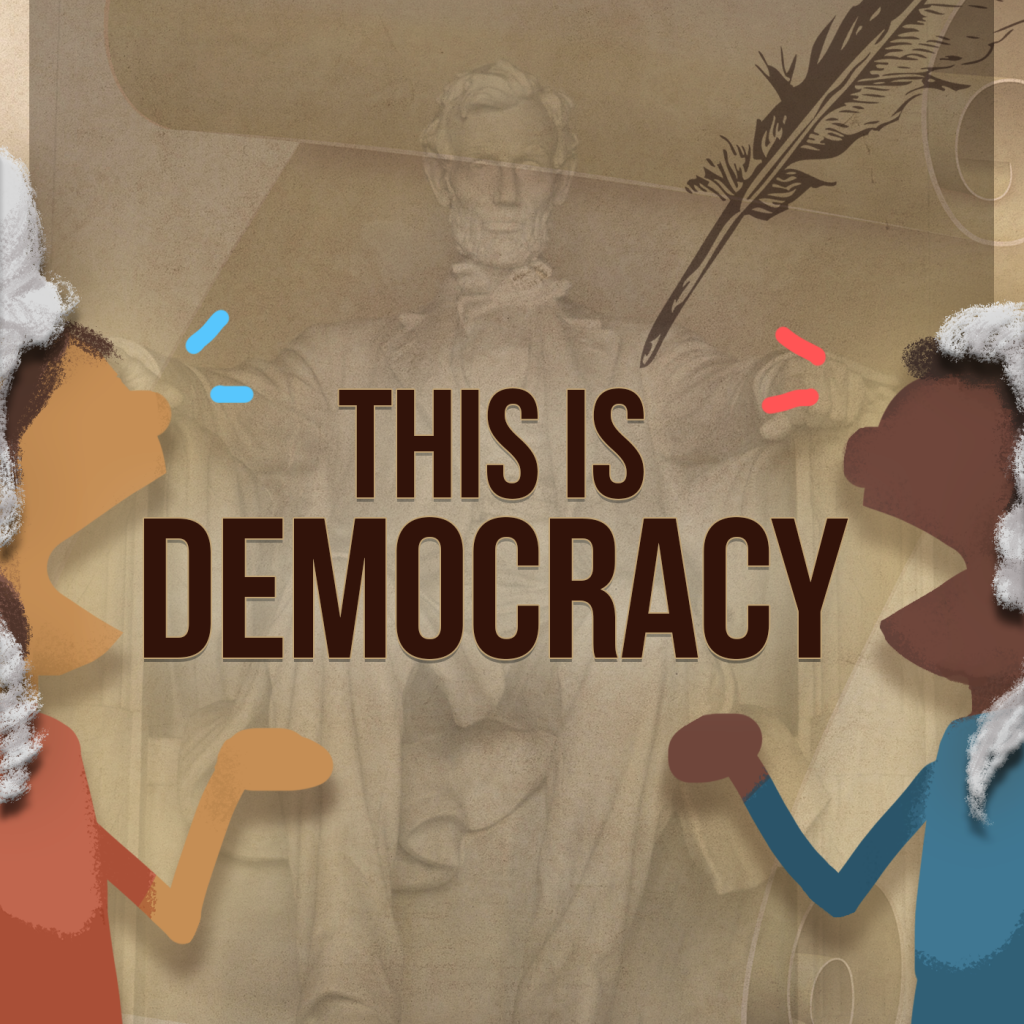 It’ll look something like this. I still have to trace it, but I wonder if it looks like Lincoln is sitting there mediating the two characters’ discussion? (Is that a good or bad thing?)

I also created these bus symbols for RUS412. This assignment was relatively simple since I just had to trace over the bus reference image. 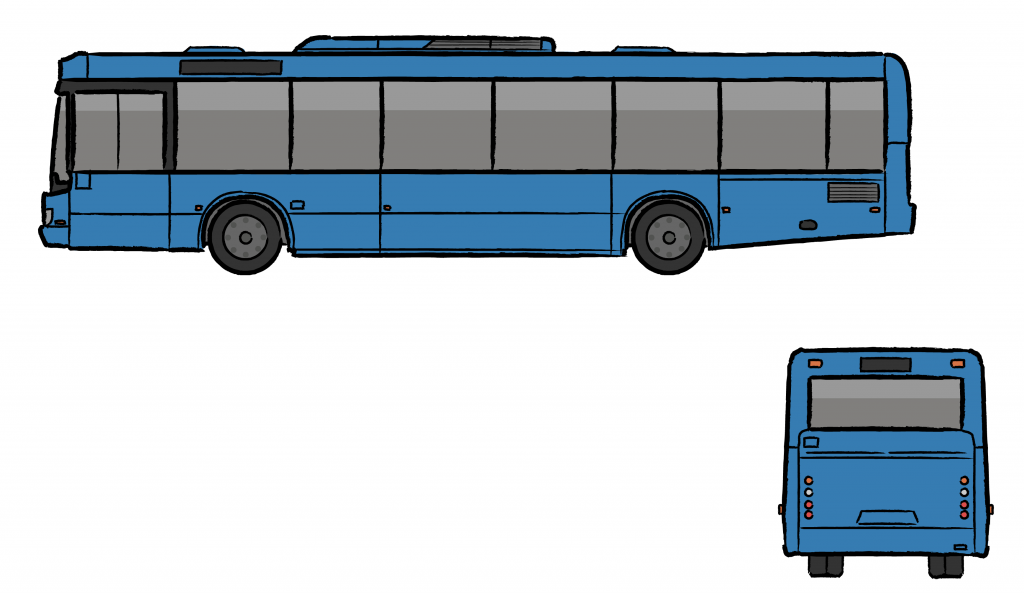 The wheels are separate symbols so they can rotate. I made the wheels from the back view symbols too, but I’m not sure if they can be made to rotate?

Another task was to update the banner for the Humanities Department on Cascade, since their original one had a blurry logo and was cropped the wrong dimensions. Here is a screenshot of the final version, uploaded on Cascade: 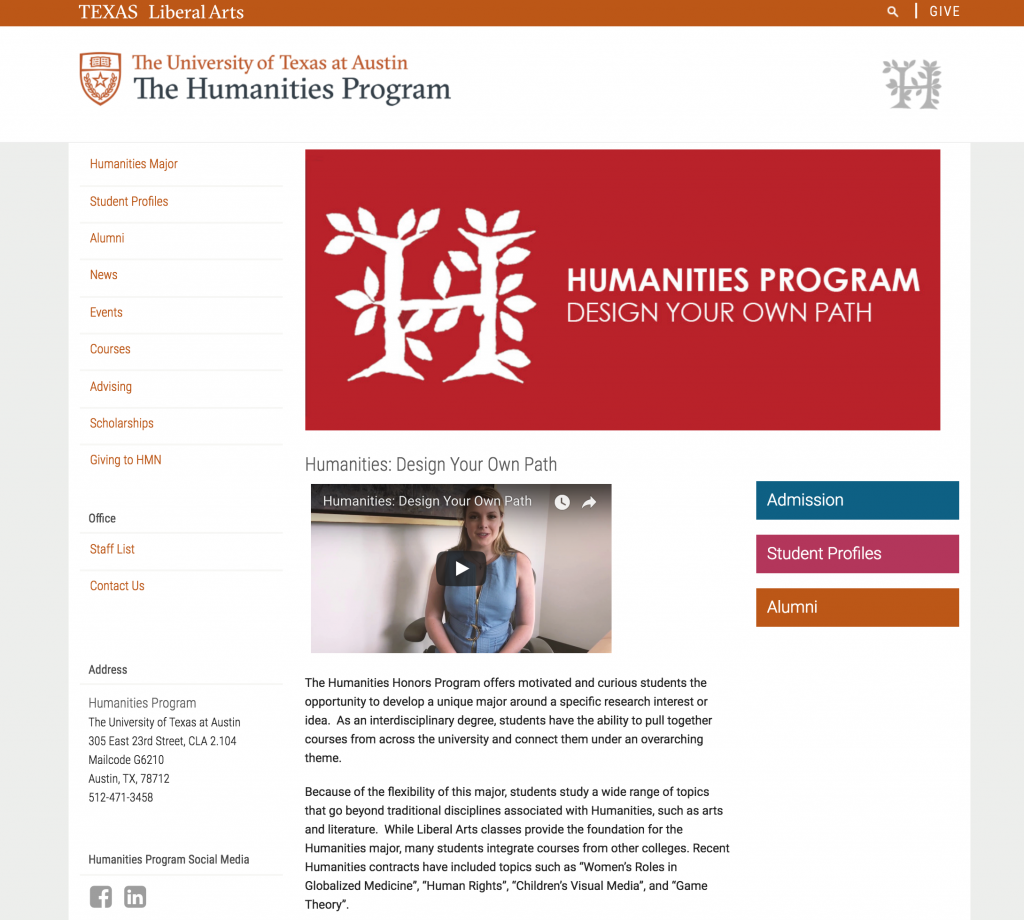 Finally, I’m still working on my RUS412 illustration. Kathy, Suloni, and I have changed Oleg’s bedroom to a forest den, which is much more cozy for a hedgehog :^) I still have to line the students in the lecture hall, but everything is slowly coming together! (The Olegs are just there as placeholders for now) 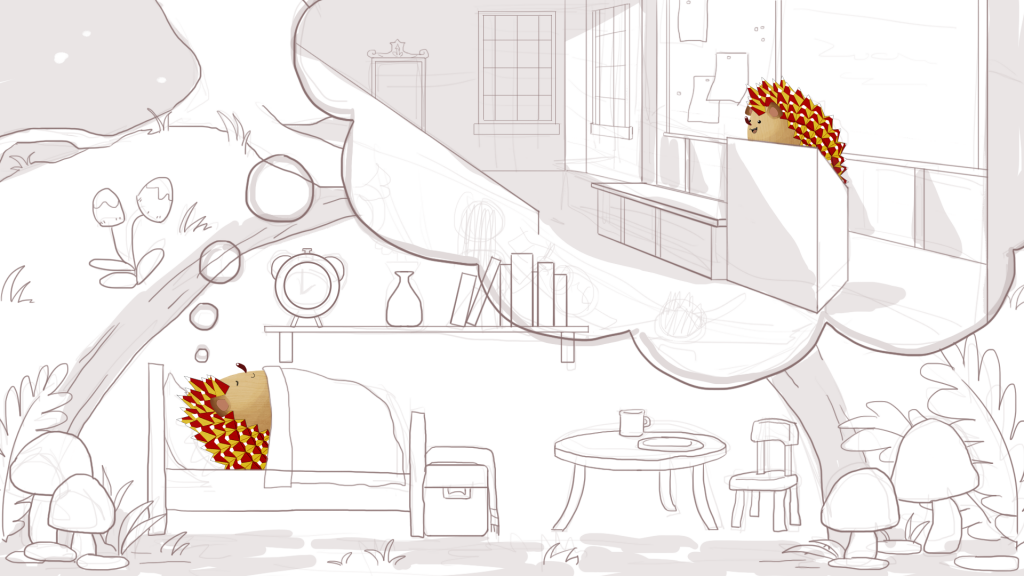 I spent wayyyy too long on the perspective for that classroom, since I kept trying to stick with my original sketch lines but they were so far off! It’s an interesting composition where Oleg’s den in the foreground is more of a flat perspective, while the lecture hall dream has a way more depth. I also plan to make the den setting darker (nighttime) while the lecture hall will have bright light illuminating it, so that the illustration will have even more contrast.