Hello! I would like to organize my blog more systematically, so I am going to start labelling them weekly as I go through the summer. It is not technically summer until June, but it is summer break and certainly feels like summer and definitely is summer in Texas. So for me, it is summer.

I took off the past week after my semester ended to decompress and also visit some of my relatives in Dallas. It was very strange and unnerving to not have things to do, but I liked it! On Friday, I am going to have my official graduation and then eventually my Canvas dashboard for UT will kick me out. Do they actually kick you out? I wonder when I am officially not a student anymore.

I came back yesterday to start my summer appointment. A good chunk of STAs are leaving today and tomorrow, so I am really glad I was able to come in today. Goodbye Abriella, Thuy, and Cristina! Also while this is late, goodbye to Ingrid and Sheryl as well. It’s going to be empty over the summer, but perhaps we will get some new STAs (I did convince a friend of mine to apply!)

Assigned by: Bill Murphy and Suloni

Task: Re-design the LAITS Computer Service business cards to include the new chat service, and reformat some of the text.

The initial business card files from pre-COVID had been lost, so I ended up using a business card photoshop template to create new cards. Fortunately,  LAITS computer support already has its own set of logos, so I was able to base the new card off of this.

Here were the initial cards from pre-COVID: 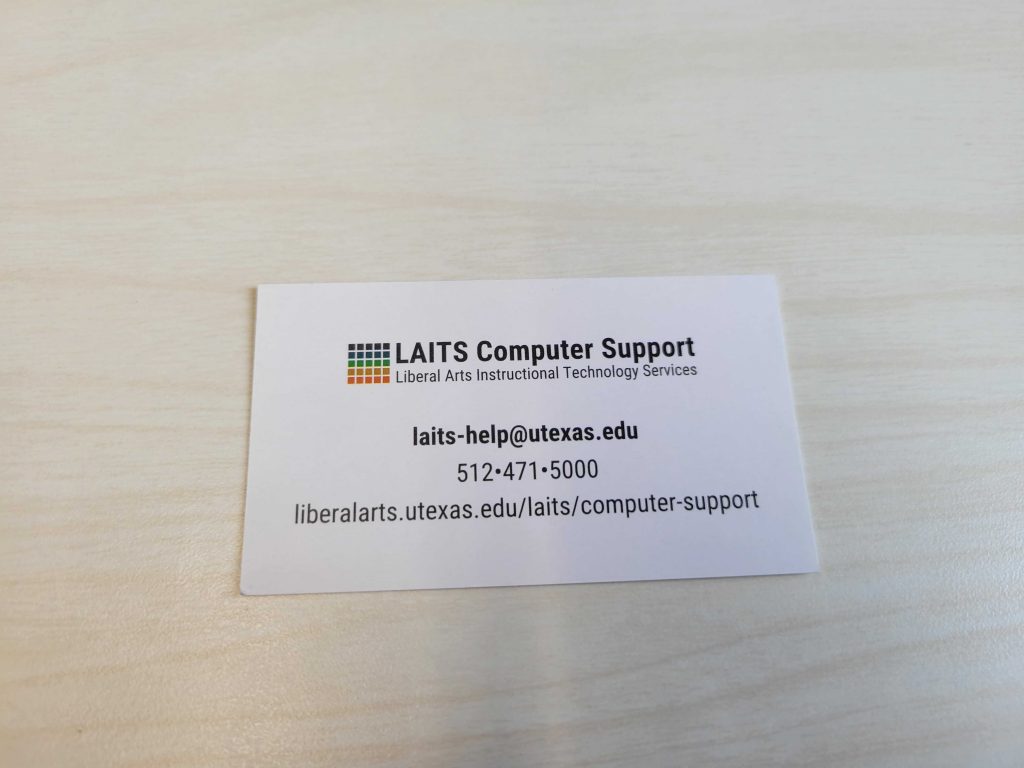 And here is the draft I created in illustrator based on these: 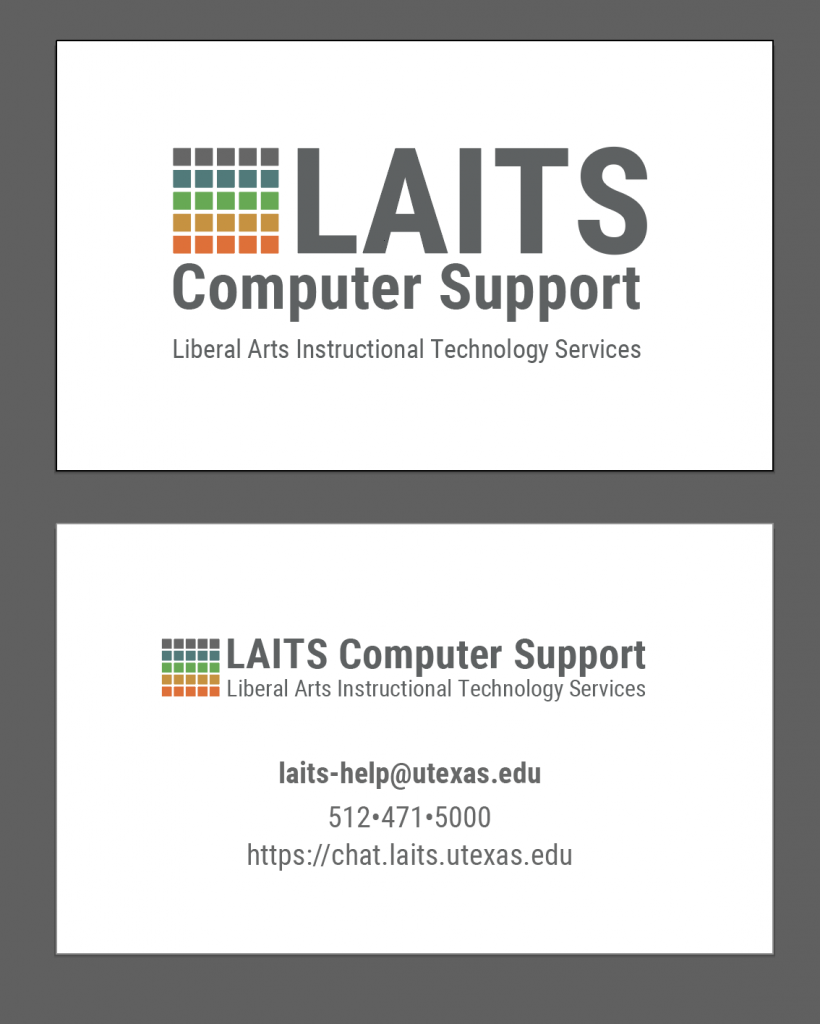 Bill noted that he wanted the chat website to be on top in order to promote this feature above the others, so I switched them around: 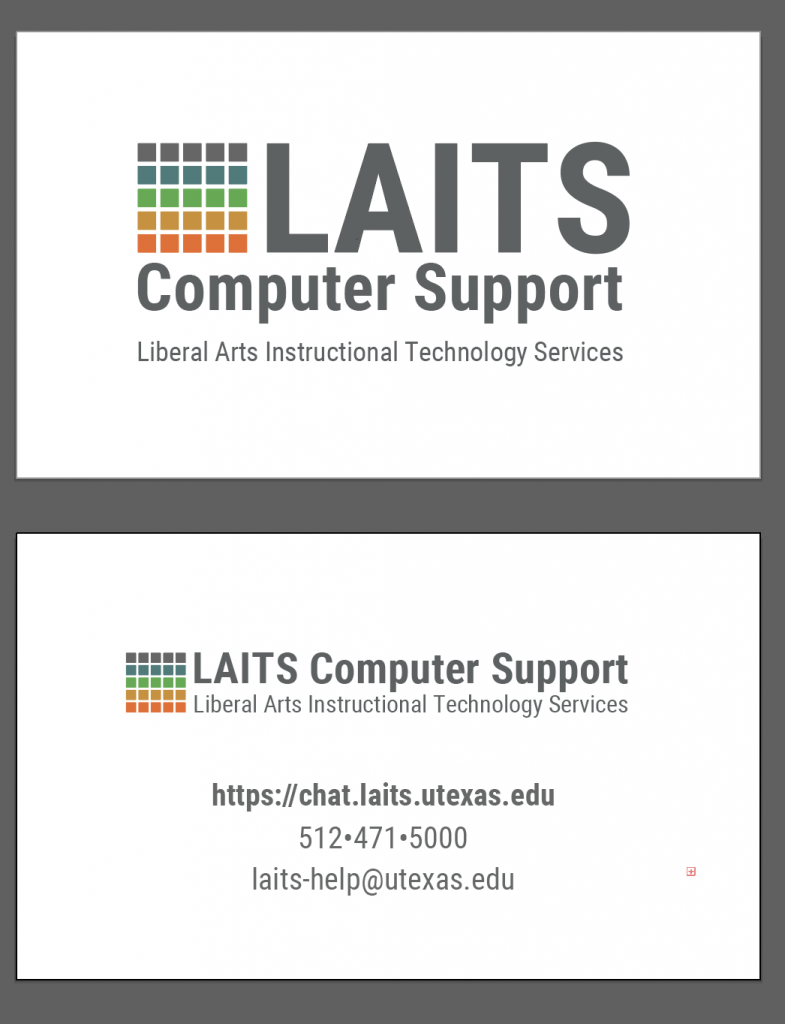 And voila! The business card template was complete. I exported them as .pdfs – both individually and as a front and back. It was fun to work on something where I had to keep in mind printing parameters, as I generally only work on website materials.

Assigned by: Mike Heidenreich and Valerie

Task: Create posters for the UT 2022 Freshman Orientation video. These posters are based on actual movie or TV posters but replaced with Orientation Advisors and text that reflects UT values and community.

The first poster I was assigned was to resemble a science-fiction movie poster. They decided on using one of the posters from Interstellar: 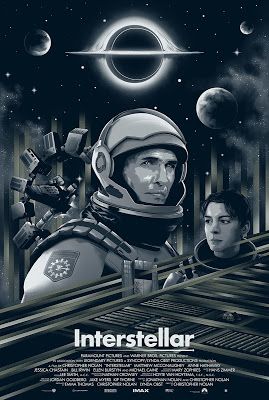 The first thing I had to do was integrate photos of the OAs into this poster. I did this by first selecting photos from the folder of options that I thought would fit the poster best and match the angles of Matthew McConaughey and Anne Hathaway’s characters. 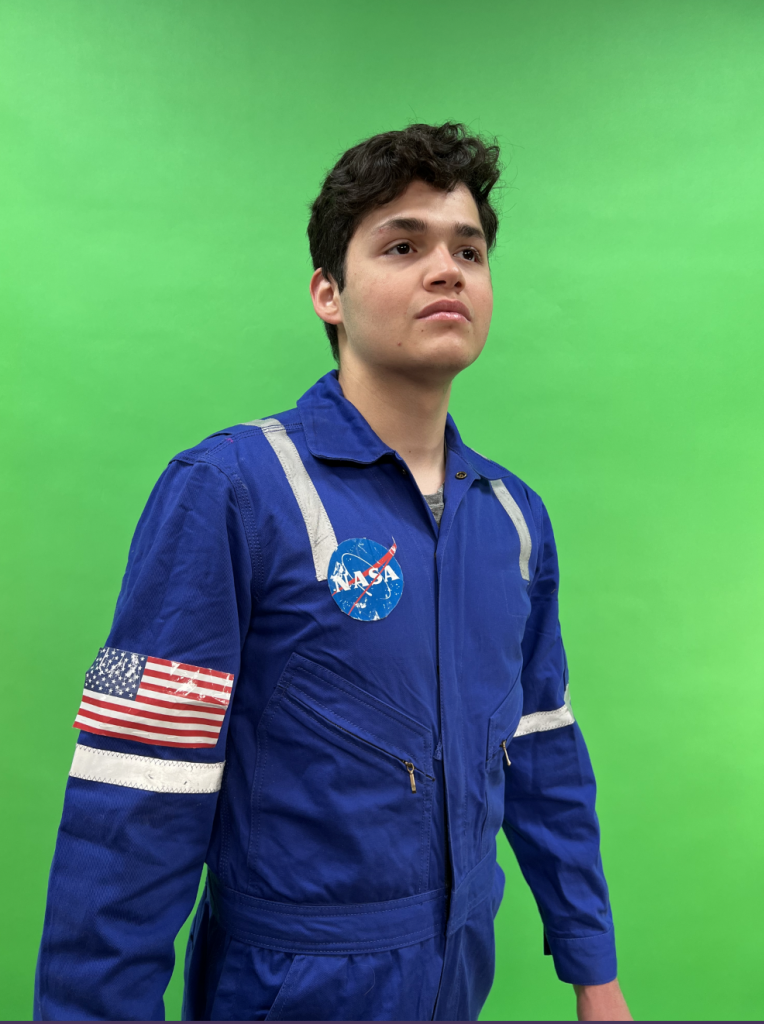 The next step was to crop out the green screen and then add a filter to them so they matched the illustrative posterized look of the original. To do this, I made a system of steps for the first image, and then did the same for the second: 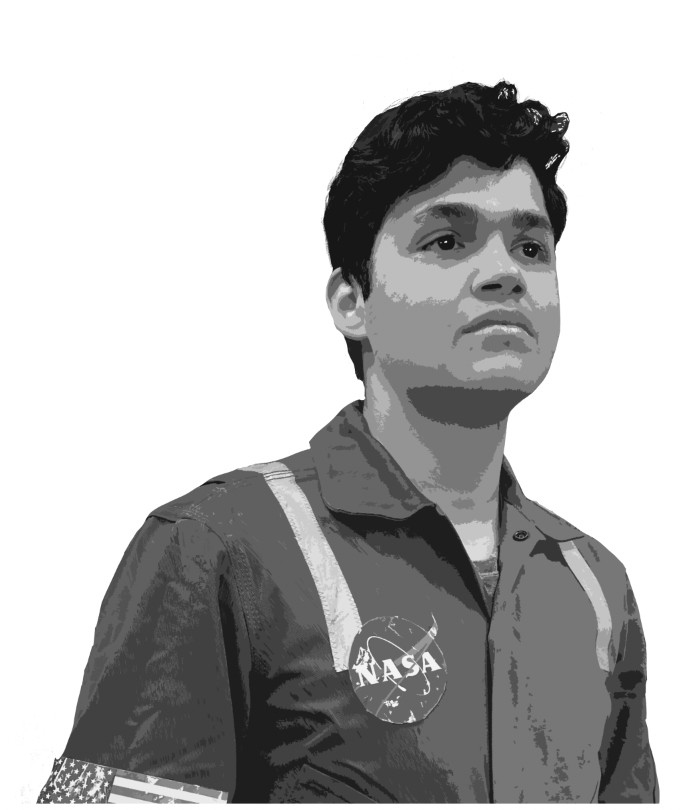 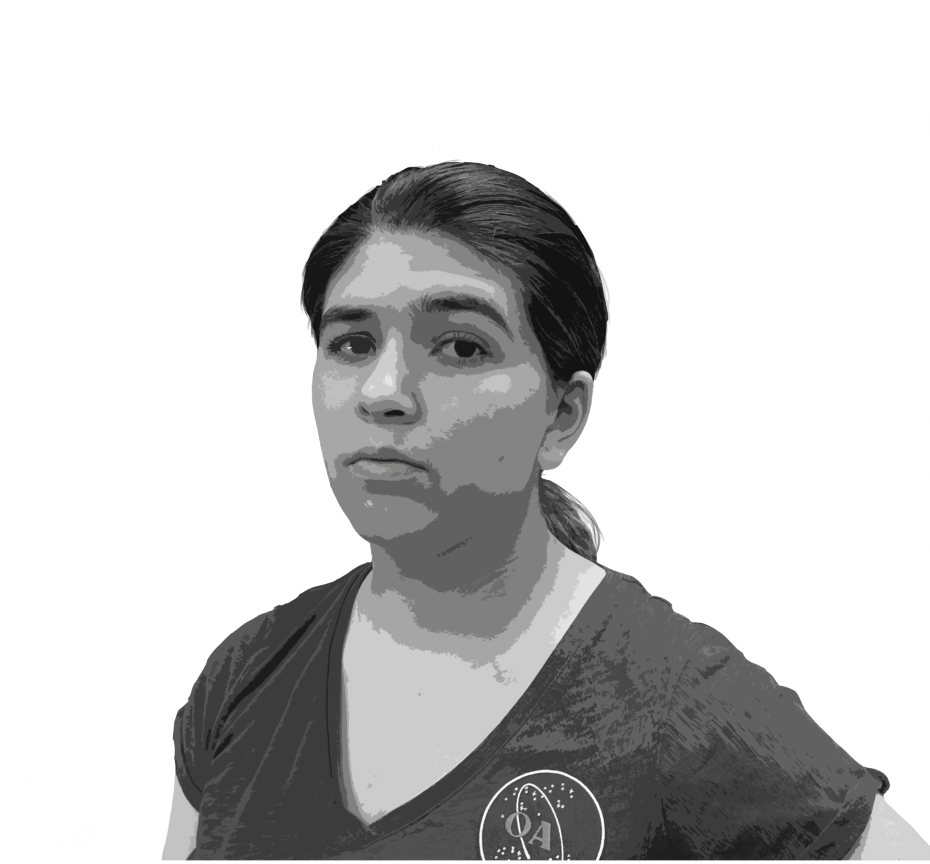 For the next part, I had to integrate them into the poster. The main thing here was using the stamp tool to erase segments of the original character’s space suits that stuck out from behind the OAs. I also had to remove a lot of the original imagery and space-ships to make things more clean, so I decided to add some extra space ship images from Interstellar as well as some other related effects. Here were some of the ships I added in: 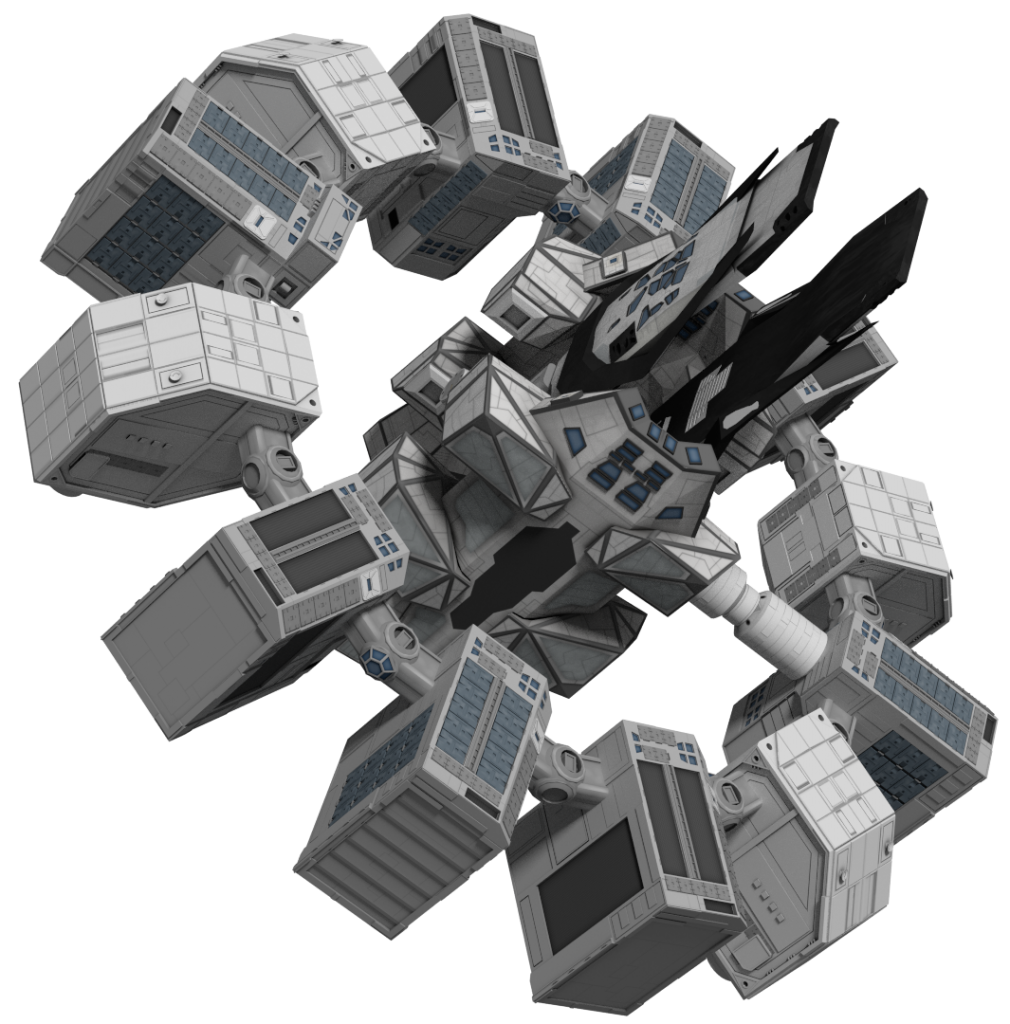 I also took some of the lines from this alternative poster to replace some of the extra background space that seemed empty: 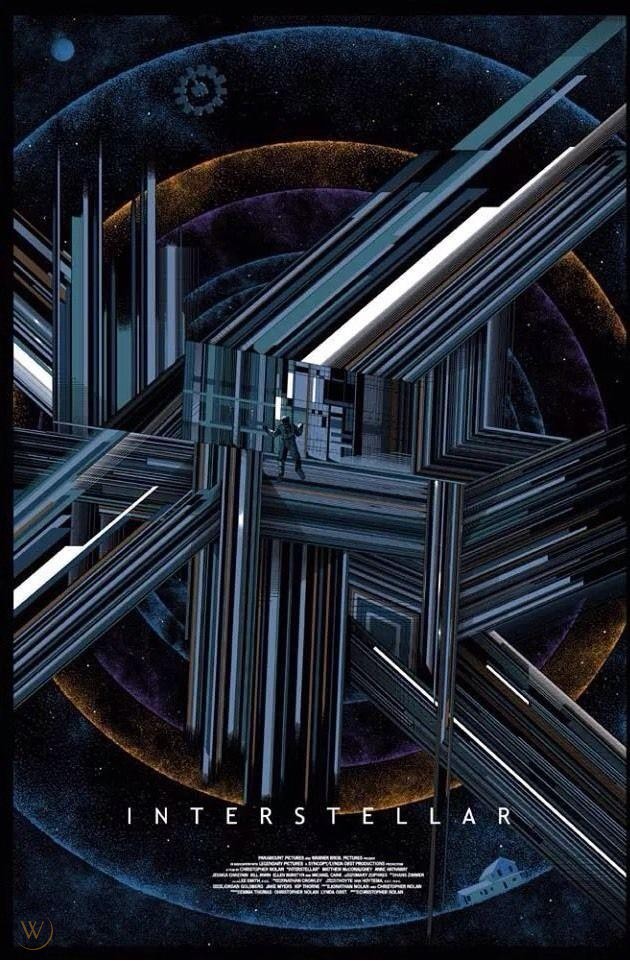 In order to better integrate the OAs with the bottom of the poster where the text would be, I also applied a field blur and a motion blur so that they slowly dissolve into the background color. I applied a color overlay over the whole image so that everything took on the same navy blue tint. The final result looked like this: 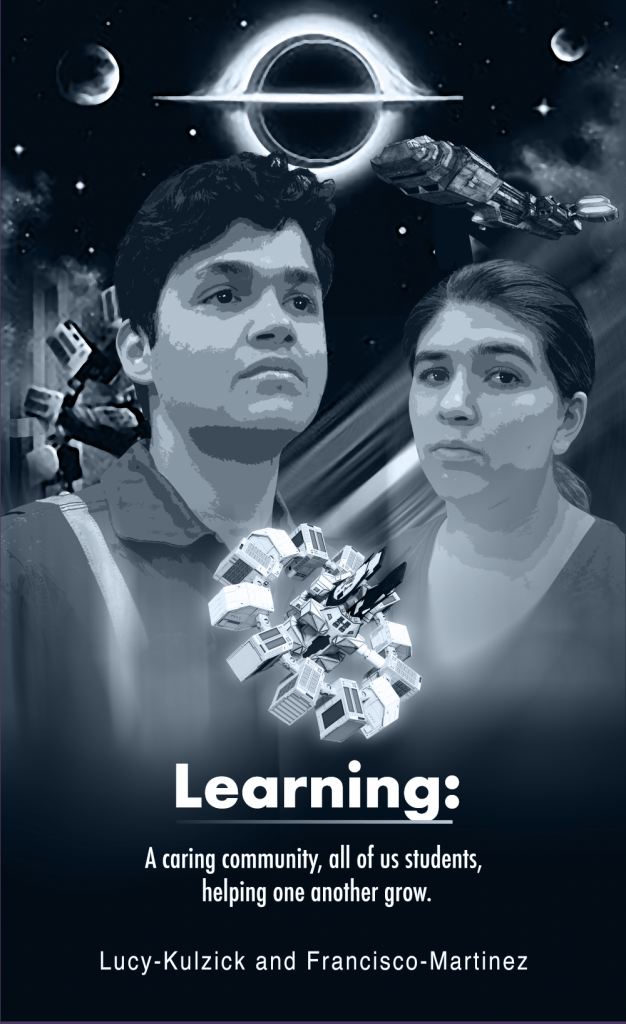 After making some changes to the text, it ended up like this: 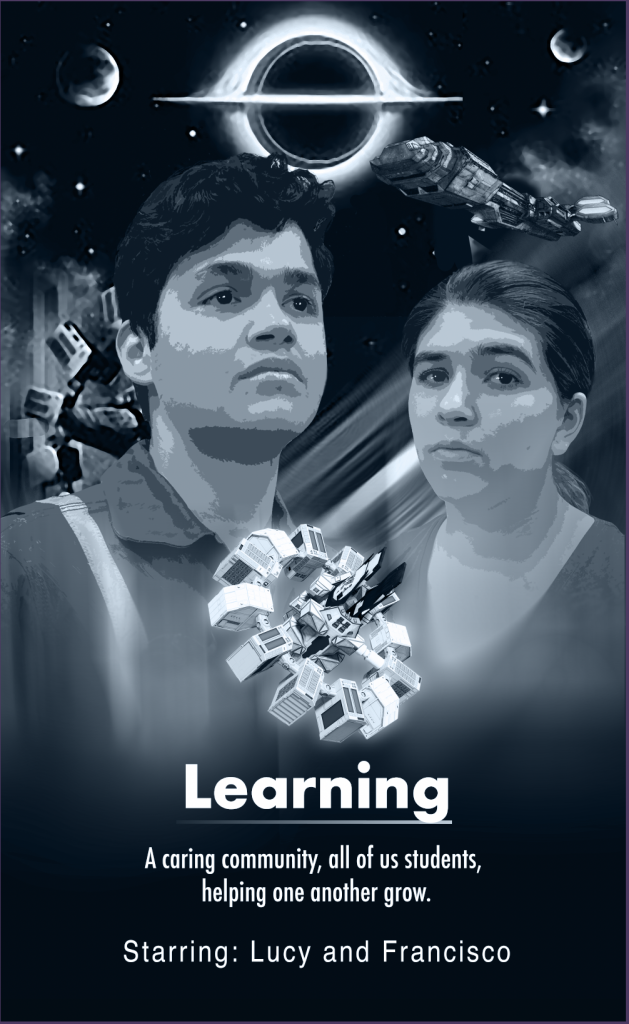 This poster was incredibly fun to work on! I really relied so much on the stamp tool as well as gradient clipping masks and layers. Thank you whoever invented these.

For this poster, De’sha had already done a wonderful job photoshopping on OA’s face onto Mike from The Office. She also added in the text for the poster, and had everything set up in the .psd folder. I was tasked with replacing the people in the background of the image: 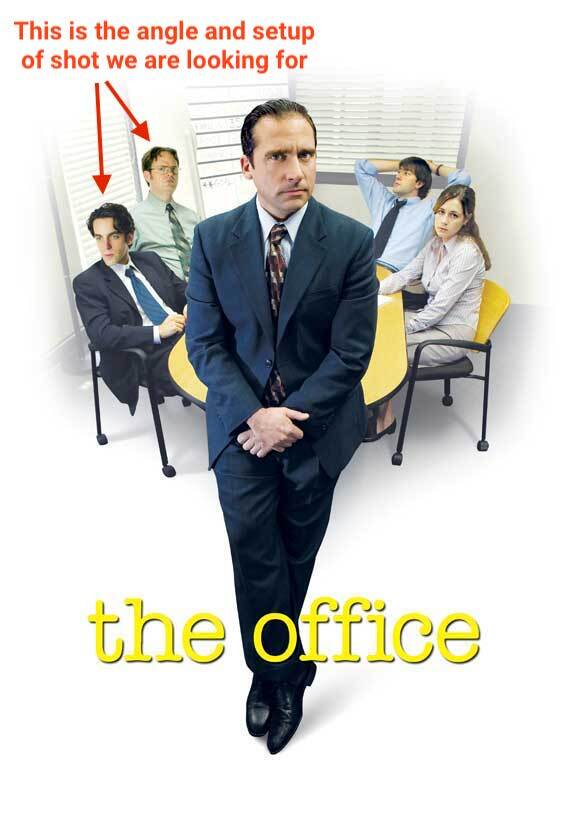 De’sha had already removed the guy in the center back, so my main goal was to replace the three remaining people with OAs. The original photos of the OAs had casual clothes, so we had to work with bodies from stock images of female business workers for the two people sitting who were male.

I referenced from these images: 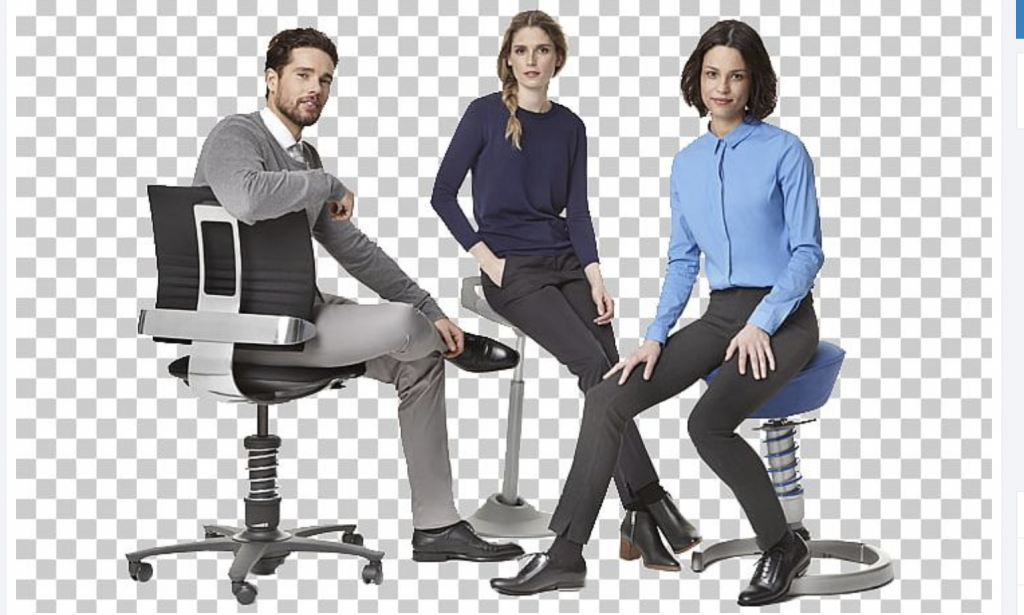 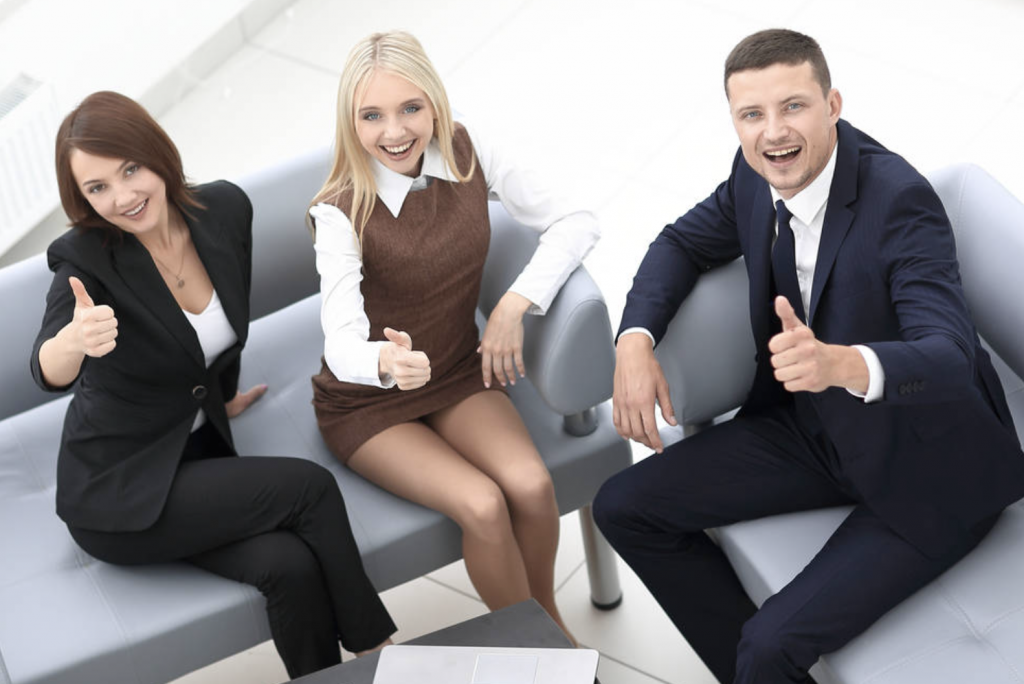 I used the stamp tool to fix up the background and remove traces of the original people from the image. Additionally, since the skin tone of the OAs and the models didn’t match, I used color overlay to alter the color of the bodies. I also used some color overlay on everything to make them look more early 2000s greenish TV style. 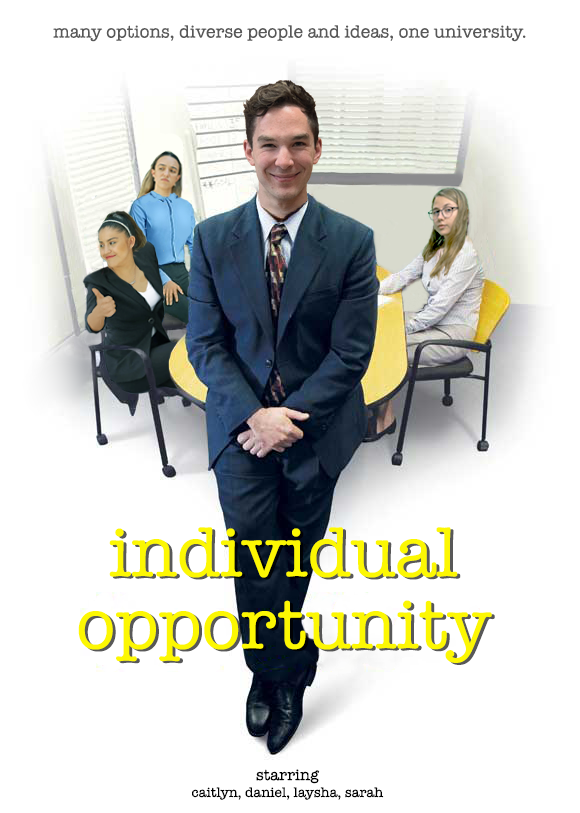 It ended up looking like this. The most difficult one was definitely the OA in the far back with the blue shirt, as her face was blurrier than the body that fit with her. However, since she is in the back, the image still reads as proportionate. The OA on the right had a different lighting setup for her photo than the other two, so I tweaked some of the lighting on her face so that it was more similar to the others. Thank you so much Cristina for helping me with this!!

Also, Cristina and De’sha made lovely posters that y’all should definitely check out on their blogs!

These posters were a blast to make, and reminded me how much I enjoy photoshop. Hopefully I will be able to use it again in the future!

This next week I will be taking over some of the work handed off by Cristina for Psy Labs, completing an organization project for Maddy, and working on some animation for Tate. I will update my blog again with more progress as it comes!