This past week, I finished the rest of the the Style A and B trainings for the Online course graphics trainings. Poonum gave me good advice about waiting for feedback before continuing on to sections like the Design Menu, as it would become very tedious to make all the edits and export again if changes needed to be made. So now, I should be prepared to make course graphics packages if needed.

I also started working on the Studio Course Graphics training, which is for courses taught in the LAITS studio. Since I kind of made a course graphic for the earth class so I could do the After Effects training, I decided to do this training for the Art3800 mock-course. The design brief is as follows:

Professor Request
“Please look at what artists and pieces are in my updated syllabus to draw inspiration for your design. I don’t specialize graphic design personally, however I do think you may be able to draw inspiration from the Bauhaus artists of the 1920’s and 30’s. I also take my students to tour the Thyssen-Bornemisza Museum each semester, which may bring you inspiration as well. Thank you…”

So, I started planning out some directions for how I wanted to take the graphic, and I came up with two ideas listed here. I ultimately went with idea one because I had a clearer idea in my head on how to execute it, because it incorporated more of the professor’s requests, and because it involved colors that would be more likely to appear true to color on the studio monitors. Since the studio can warp the appearance of color, there are a few shades that are known to work better in the studio like sepia, cool tones, and jewel tones. We were told to avoid bright colors and pure black and white, so the second idea I had wouldn’t work too well. 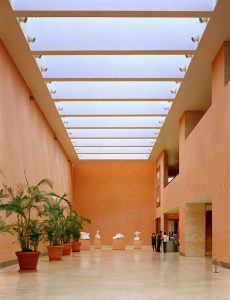 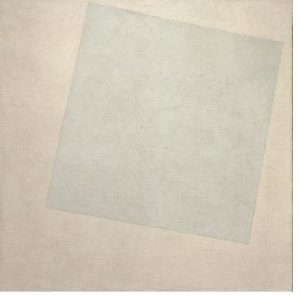 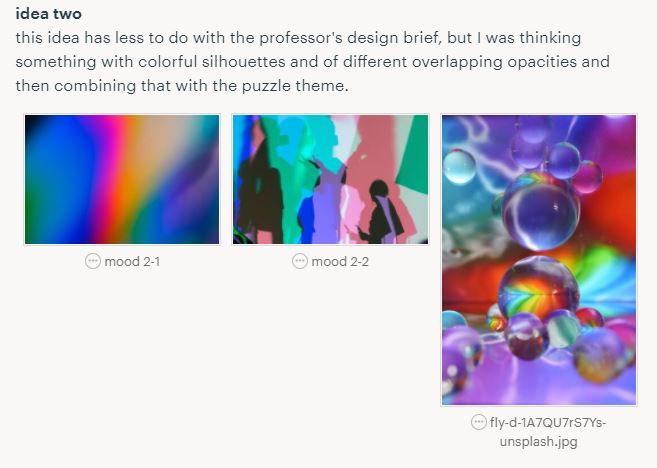 Here is where I started making the graphic. I used a lot of different textures, noise, and blending modes to achieve the appearance it has. I tried to make it bauhaus-y because the professor mentioned that, but I’m not sure if this is actually bauhaus-y. I took the colors from a picture I found of the museum that the professor was talking about. You can see a test I did with the placement of the graphics and how it would look if professors were sitting in front of it. Currently, I am playing around with incorporating artwork as a textural element, to further tie the graphic back to the class. Still working on this training just wanted to write a blog post since I forgot to last Friday. 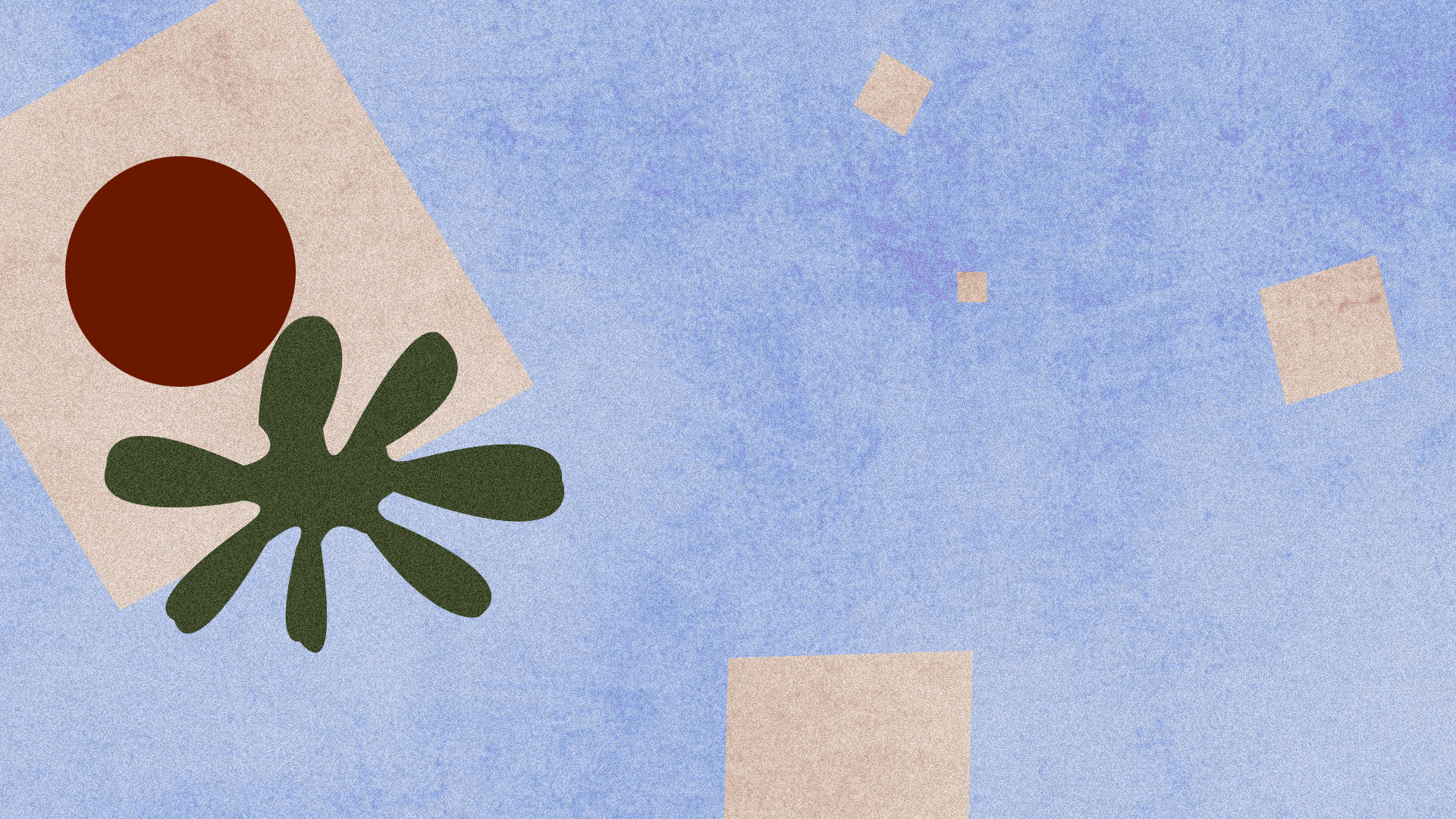 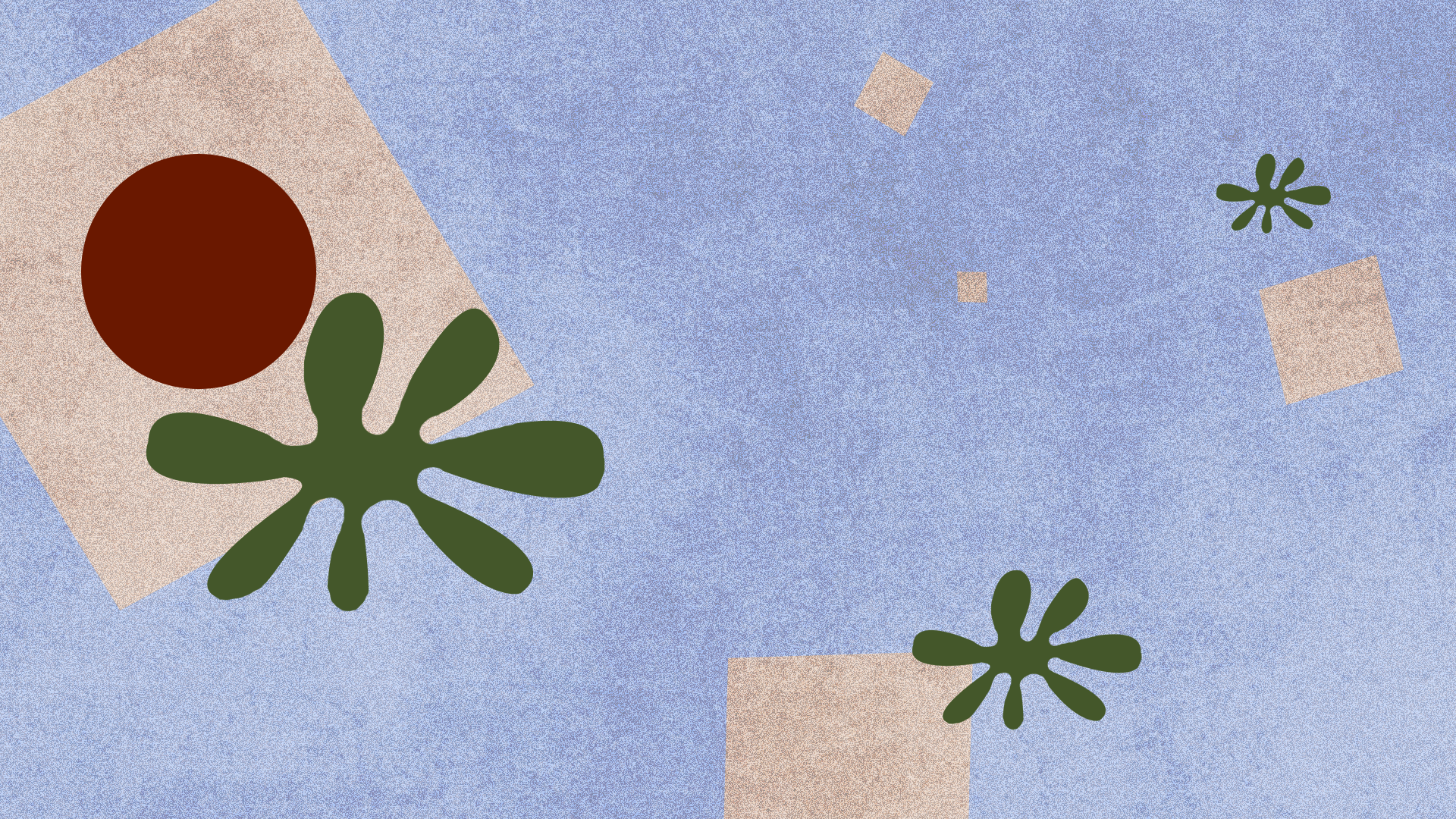 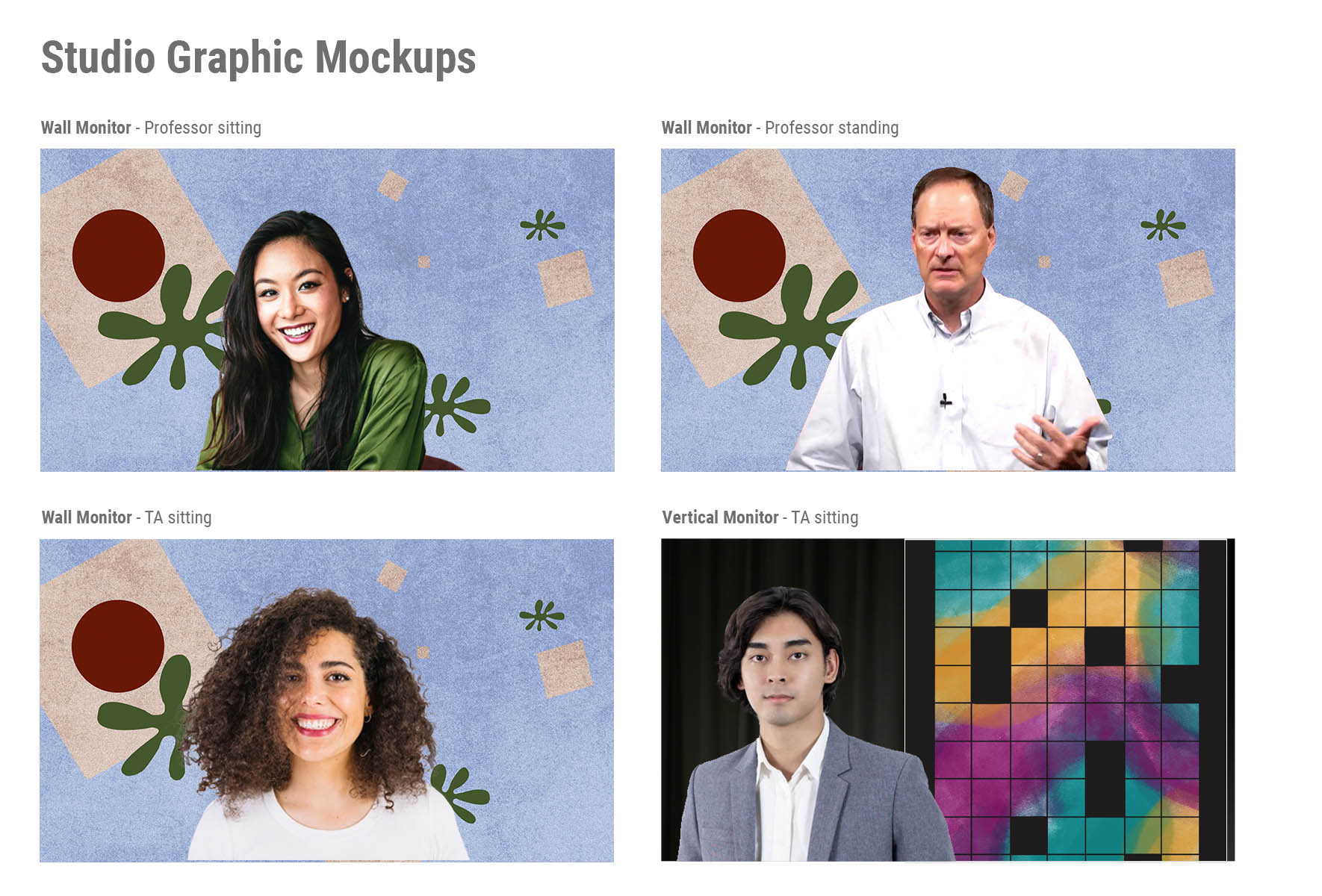 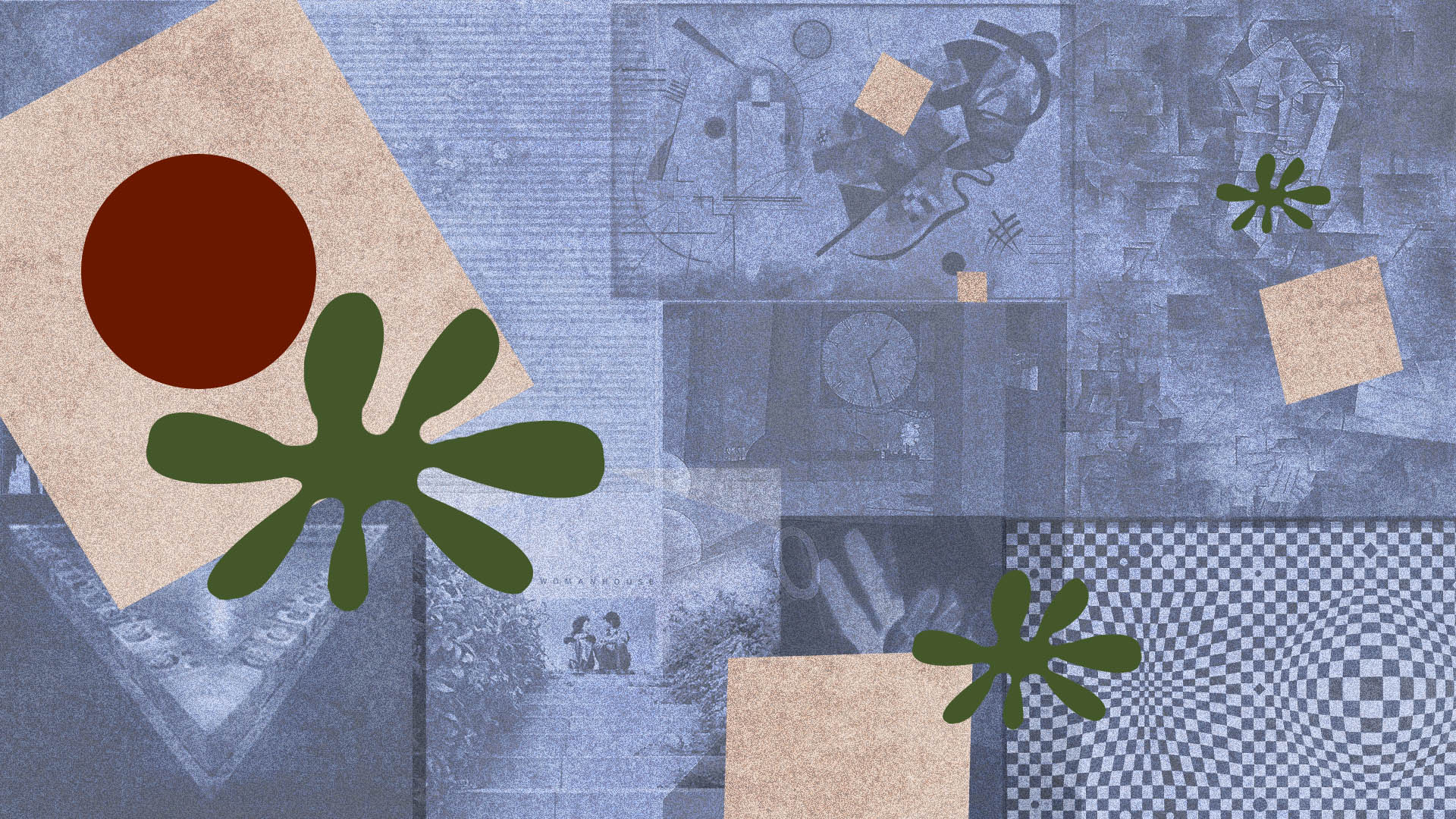 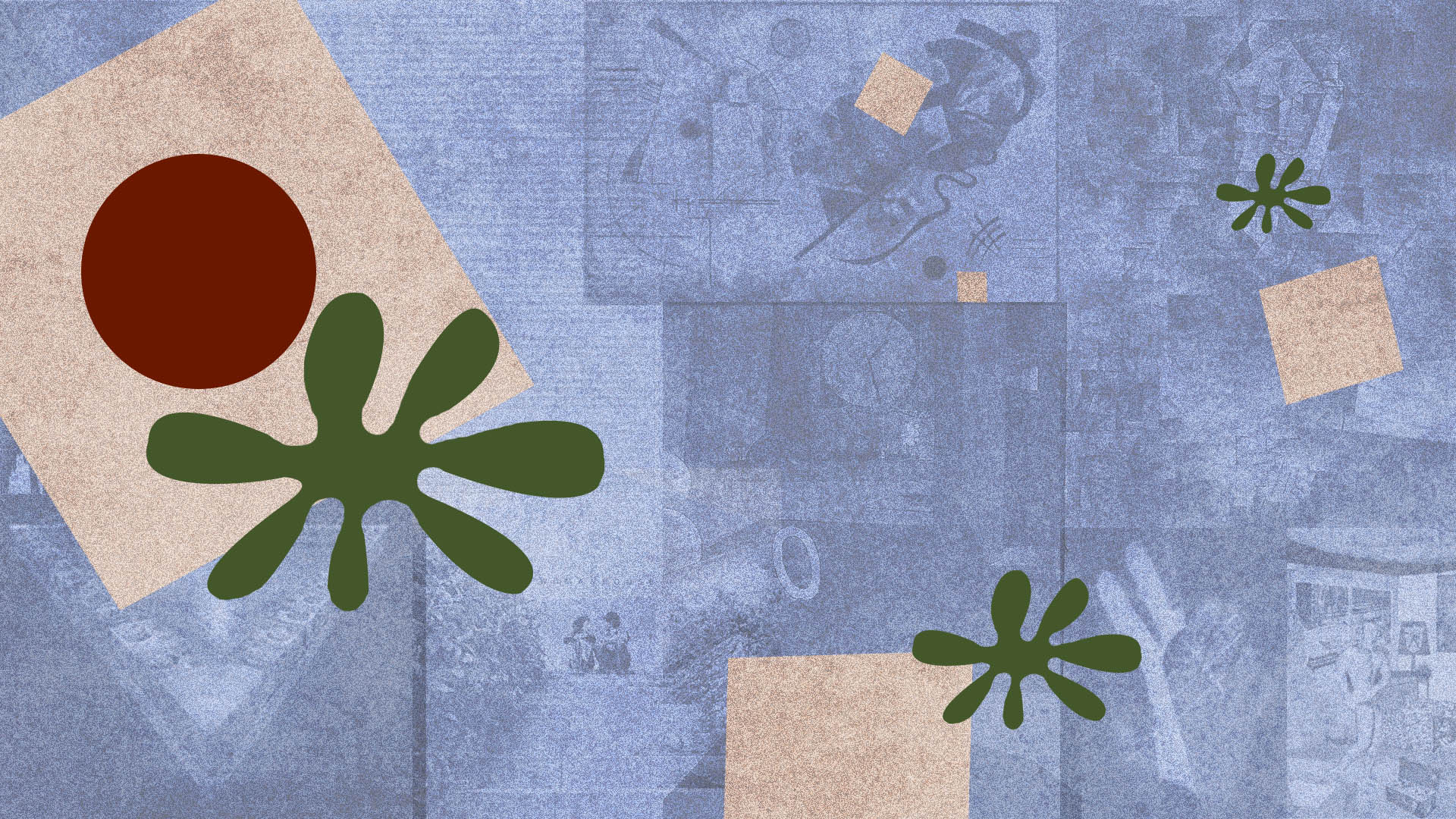 Still watching Naruto! Here are two songs that I like right now. One and Two. Have a great week!