My third official course to design graphics for did not specify a style and came with an exciting note:

“Notes: The professor does not have strong opinions on the look of the course, so there is a lot of freedom here.”

My first idea was to do a movie theater theme. I reasoned that, since this is a Gov department class, the film aspect really stands out; I would have made the graphics more political if it were the same course in a film department. You start outside the theater, with a flashy marquee sign for the course title slide. 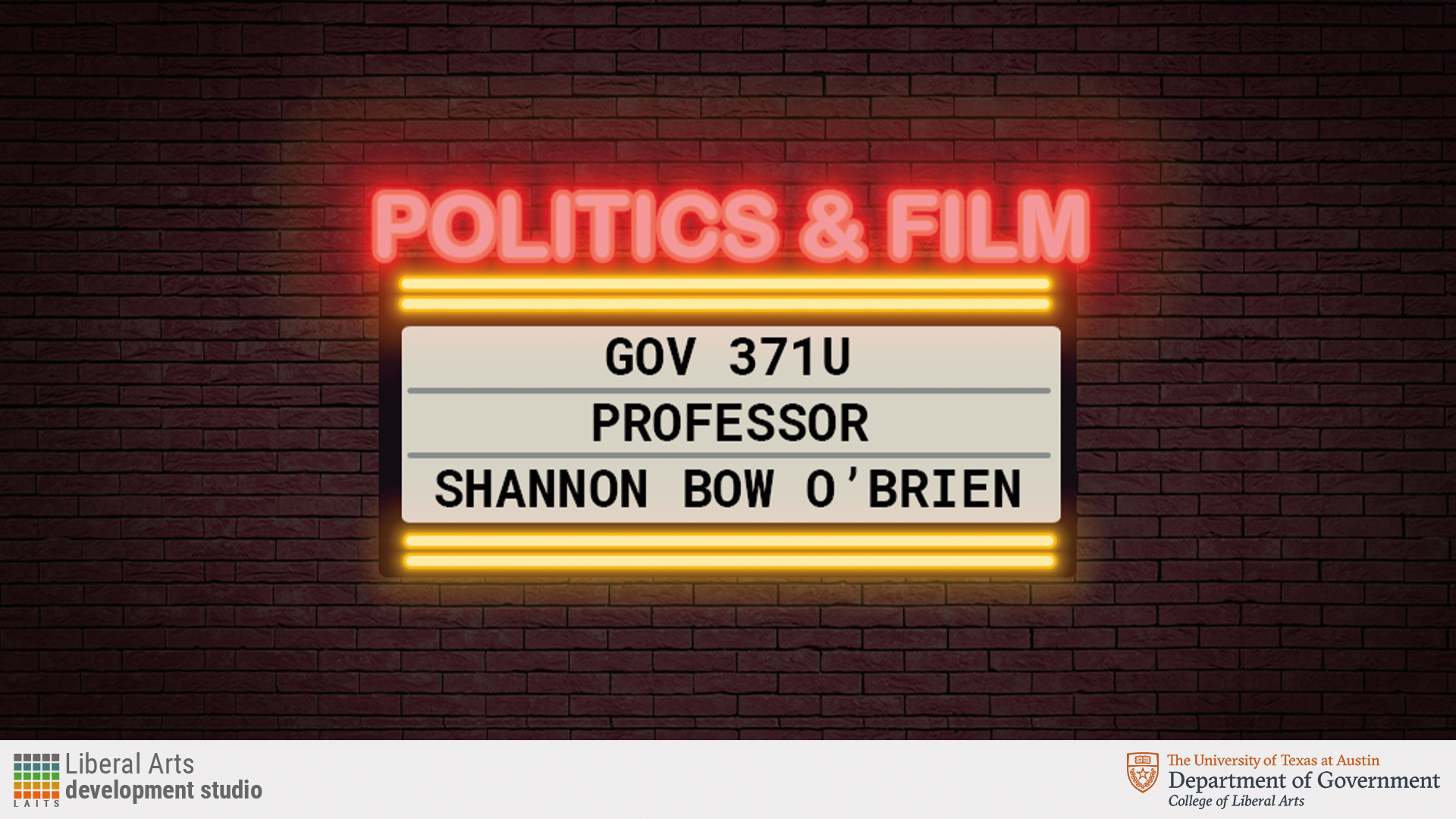 For the neon sign, I initially tried following a complicated tutorial from a search result, which gave me a rather… plasticky result. 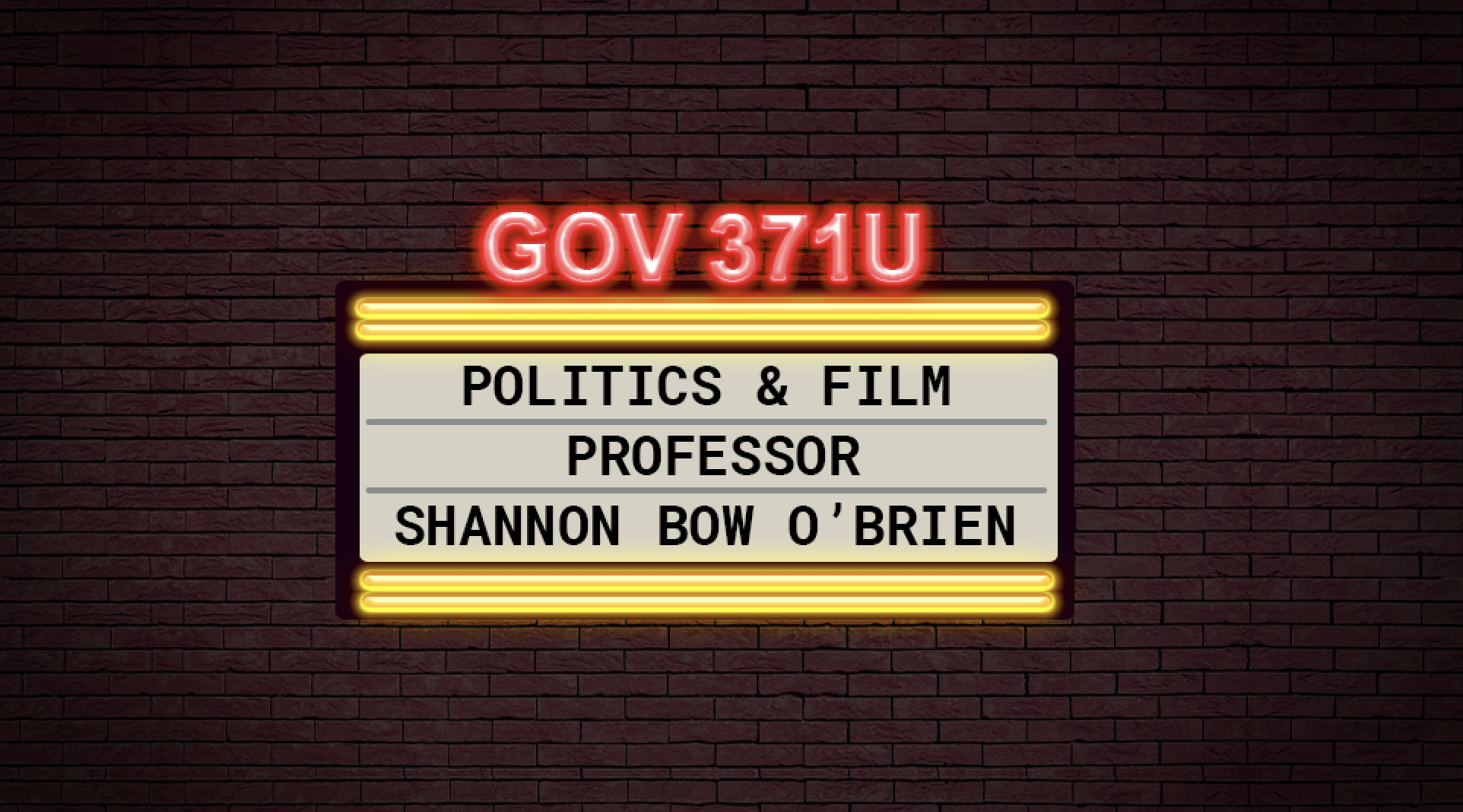 Starting from scratch, I considered some principles I had learned in drawing, from imitating Star Wars special effects: to make something glow, make it white or off-white, with a surrounding gradient of the actual color you want. 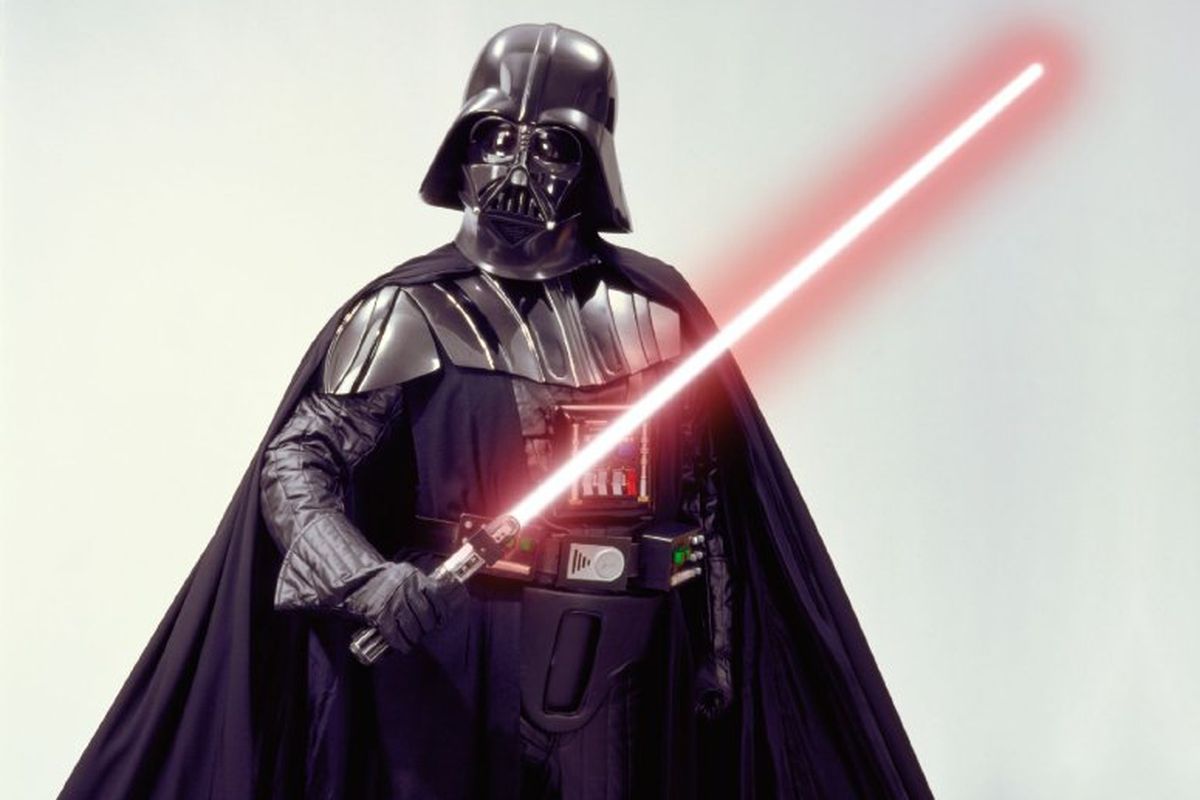 Then, for the lecture title, you have the seating area inside. 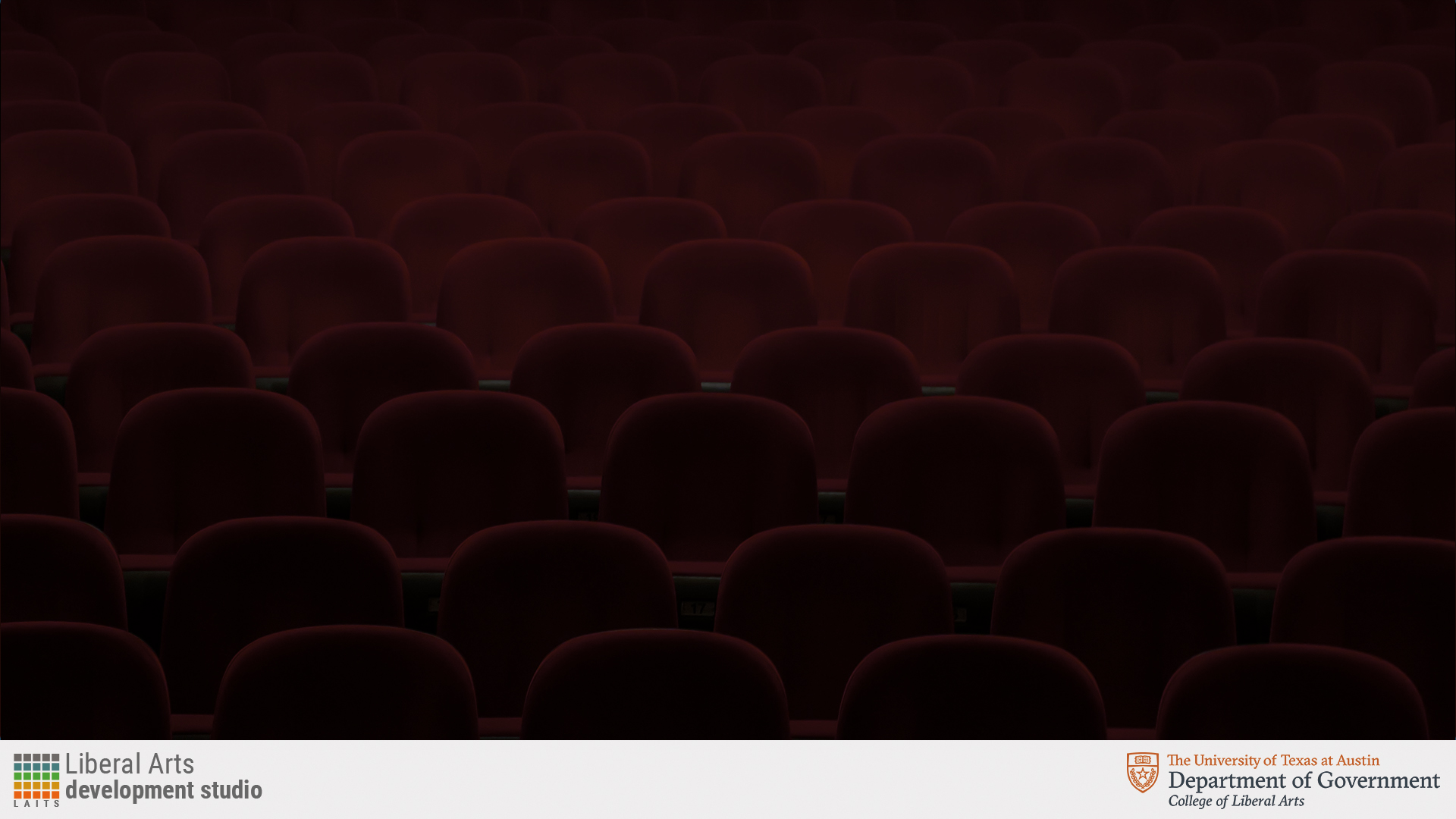 And then, for the content slides, a gradient resembling a screen. 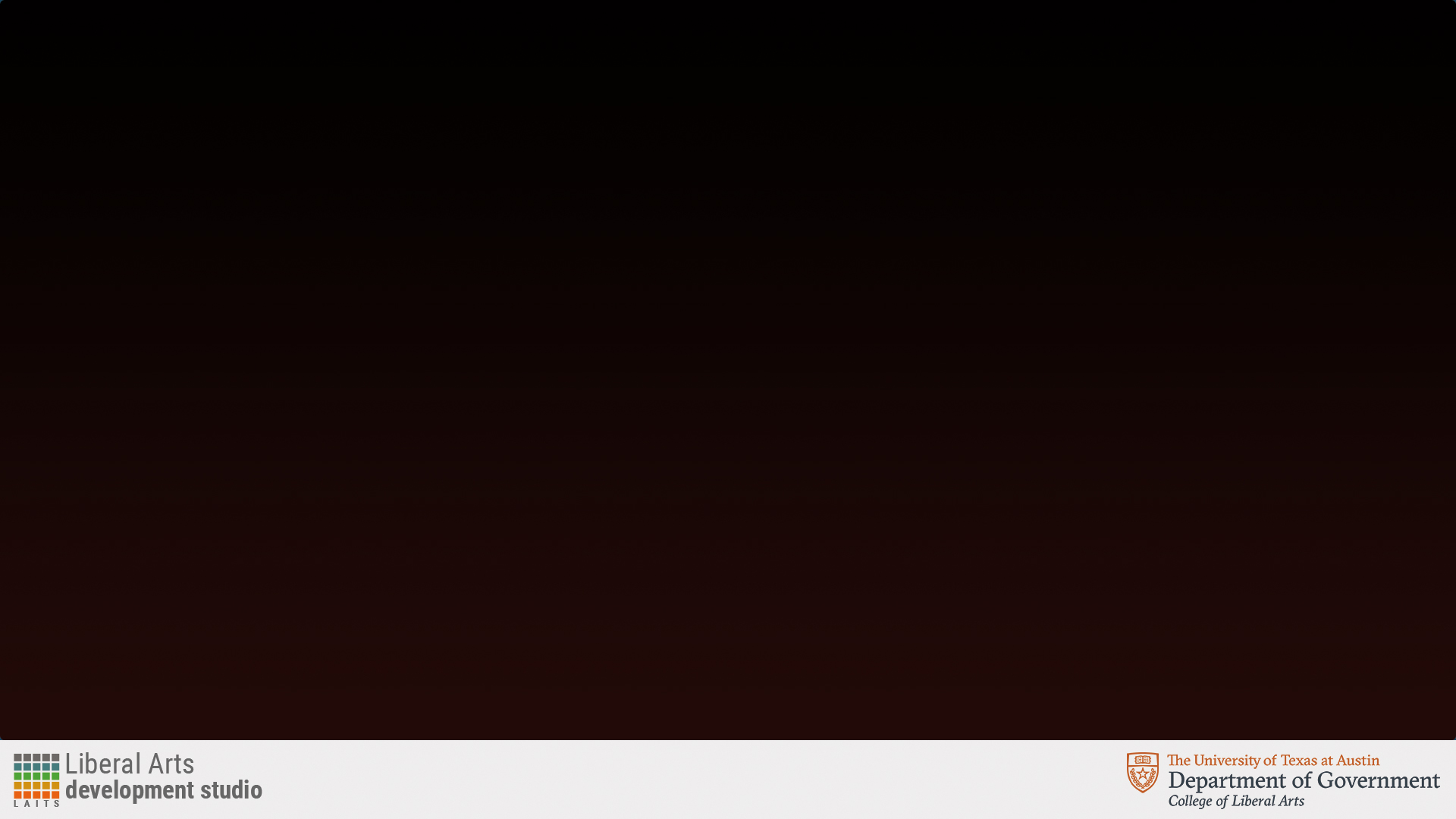 For an example of how this looks in powerpoint:

I went with a similar dark red theme for the rest of the assets. The Studio background is a still from Dr Strangelove, which is not only one of my favorite movies, but mentioned in the curriculum and an excellent example of a politically charged film. 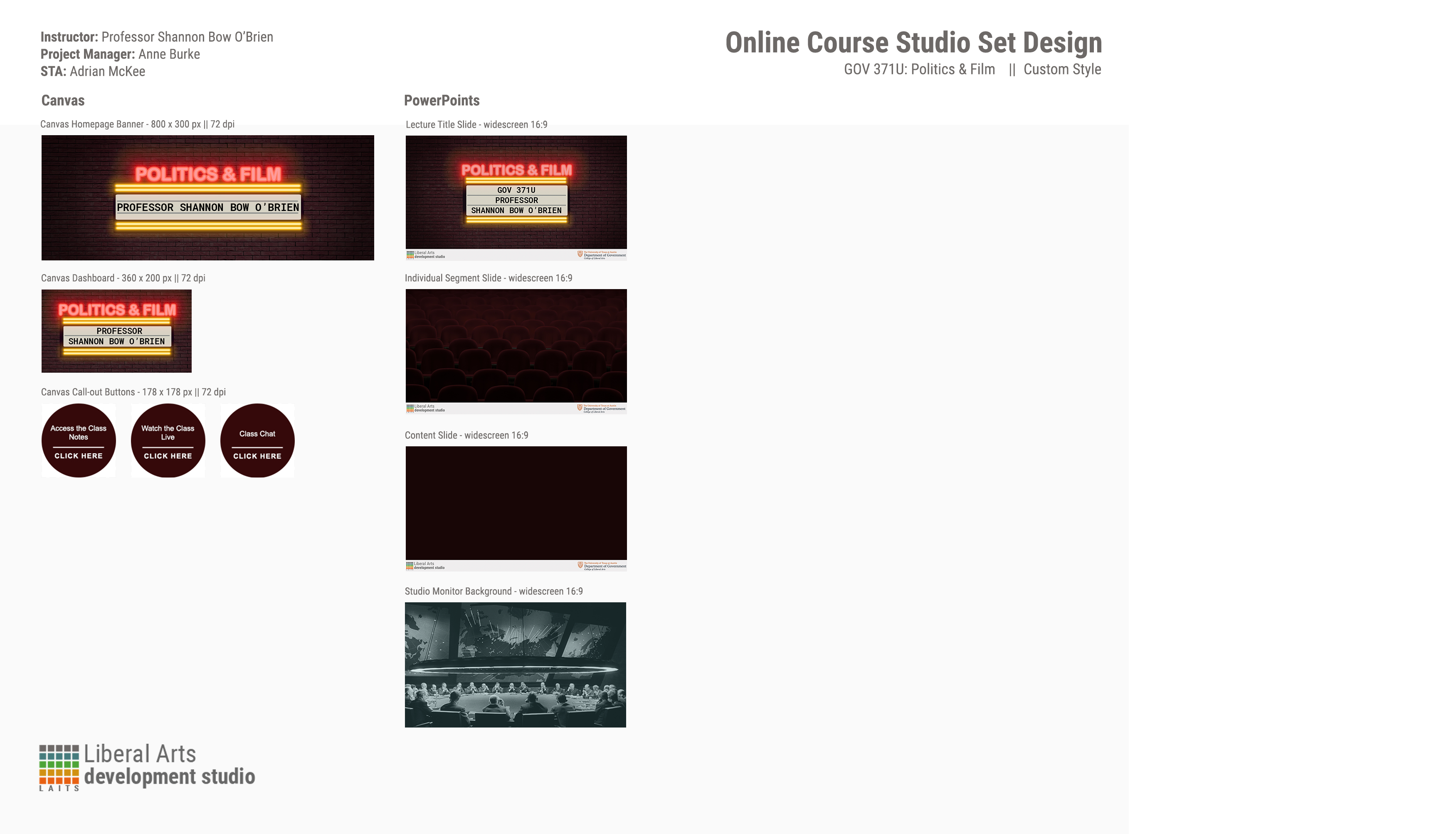 I also got to try my hand at animation, and by that I mean drafting out a storyboard in Paint.net on a day I was working from home without access to photoshop, and letting our talented Rachel do the hard part in After Effects. 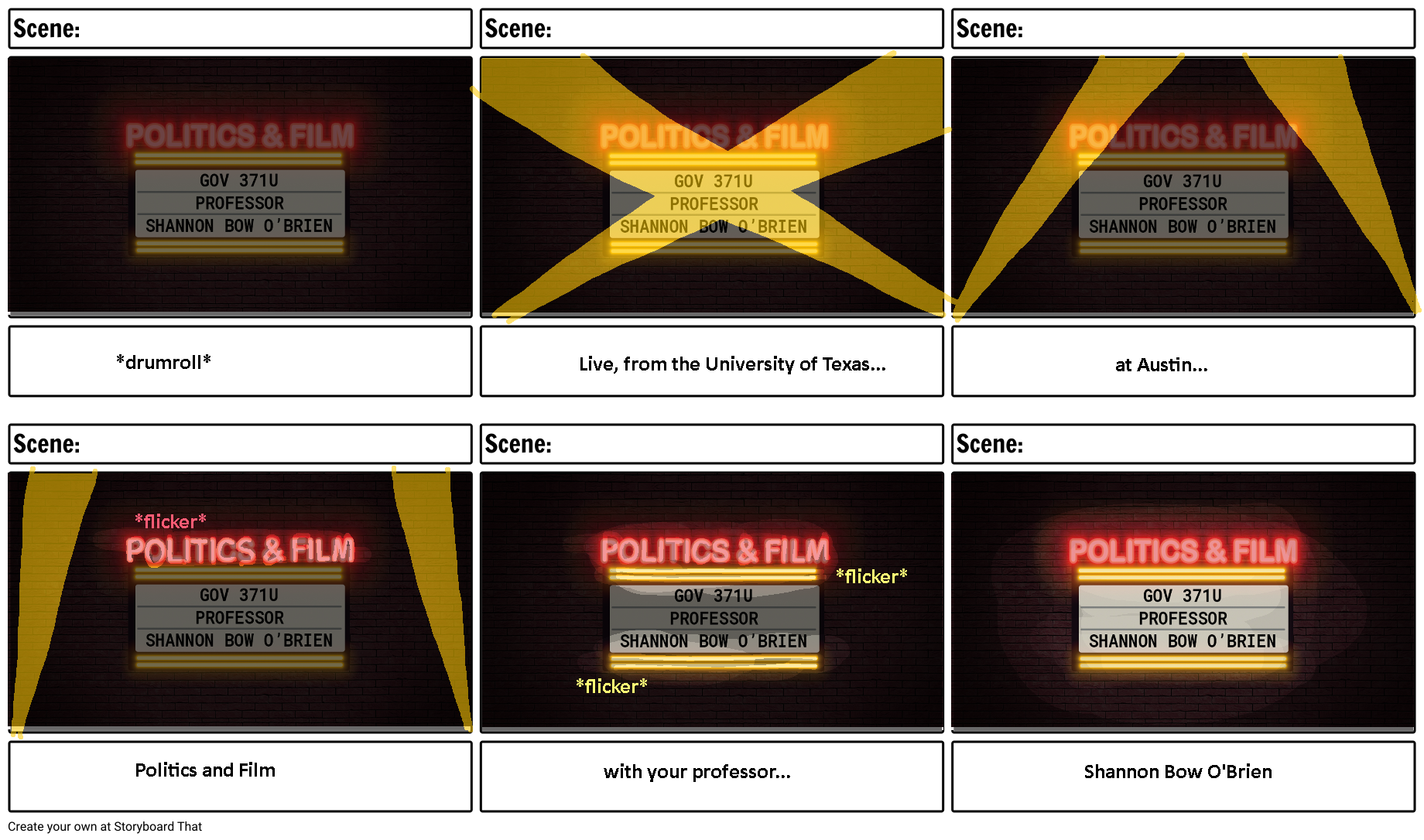 It came out quite nice!