Since the beginning of this semester, I have been working on a redesign for the banner on the French & Italian COLA webpage. This is my first major graphic design endeavor, and I’ve learned a lot along the way.

The client was hoping for a banner that would equally represent both the French and Italian departments. He provided two quotes that he really enjoyed; one from a famous French person and one from a famous Italian person. There were certain aesthetics he was going for, based on an old Italian film poster. I started with a very rough draft that Andre had created and sort of had it evolve throughout a series of drafts.

Here is the final product, published on the French & Italian home page:

Here are the options we submitted to the department for approval: 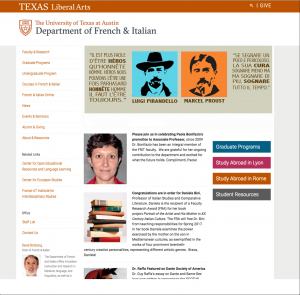 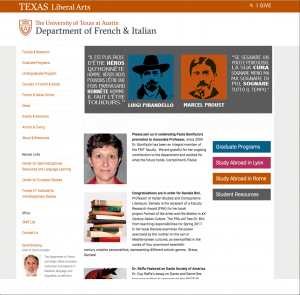 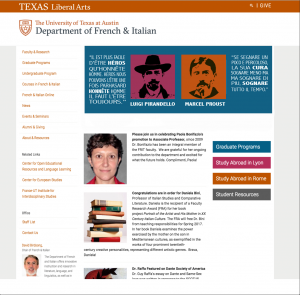 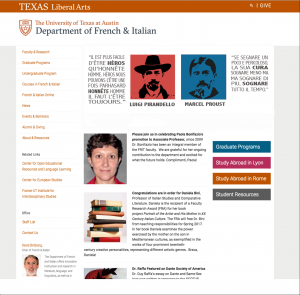 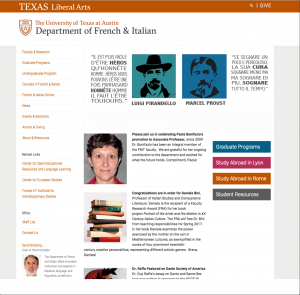 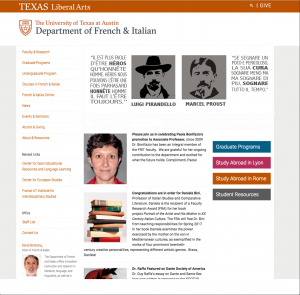 Here are the first couple of drafts or so, to give you an idea of what the evolution was like: 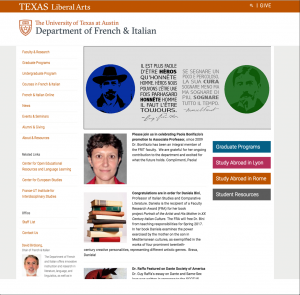 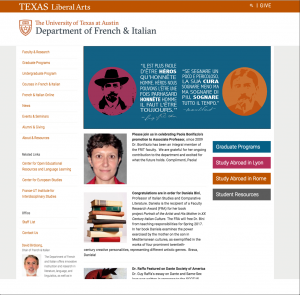 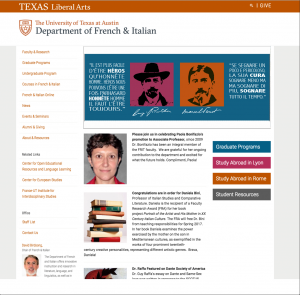 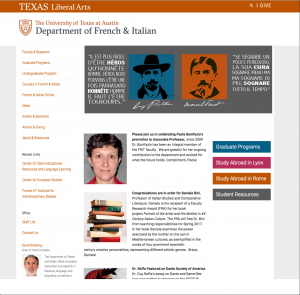 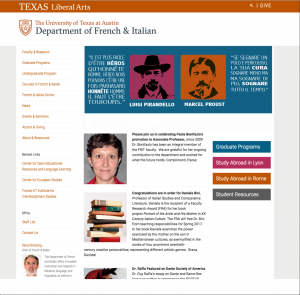