Today’s work on Yours Truly included the final student creation and inserting into scene 11, adding Hebrew on the chalk board for scenes 11 & 12, and a little change to the hair of the aunt in scene 12 to give her hair more body. 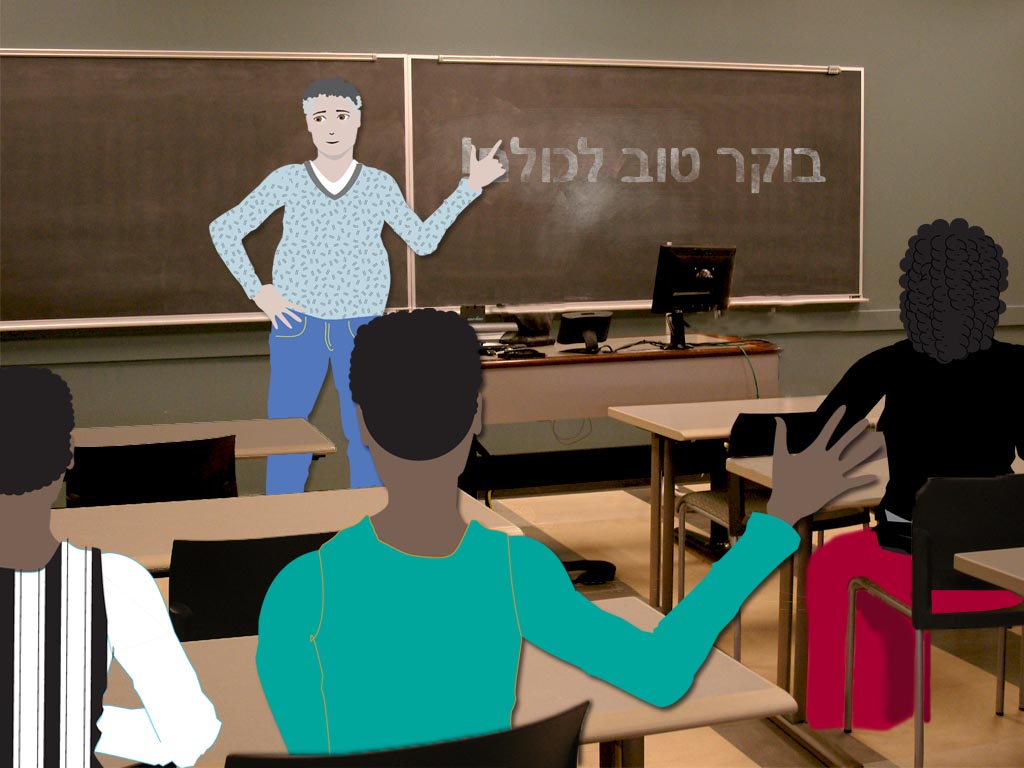 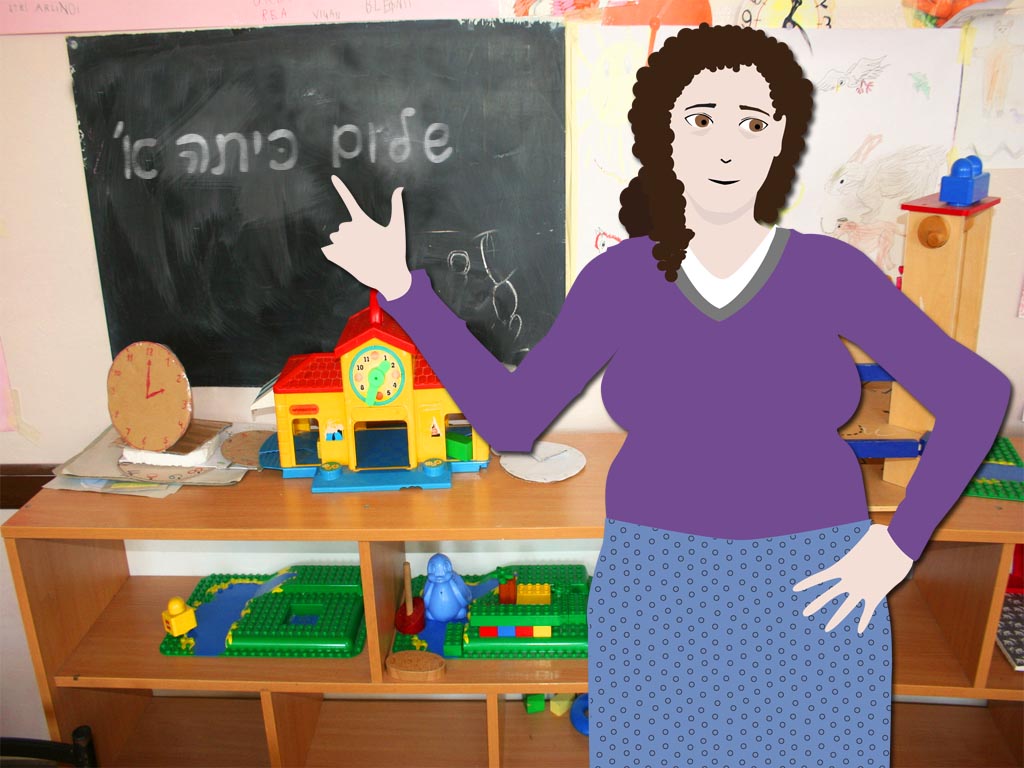 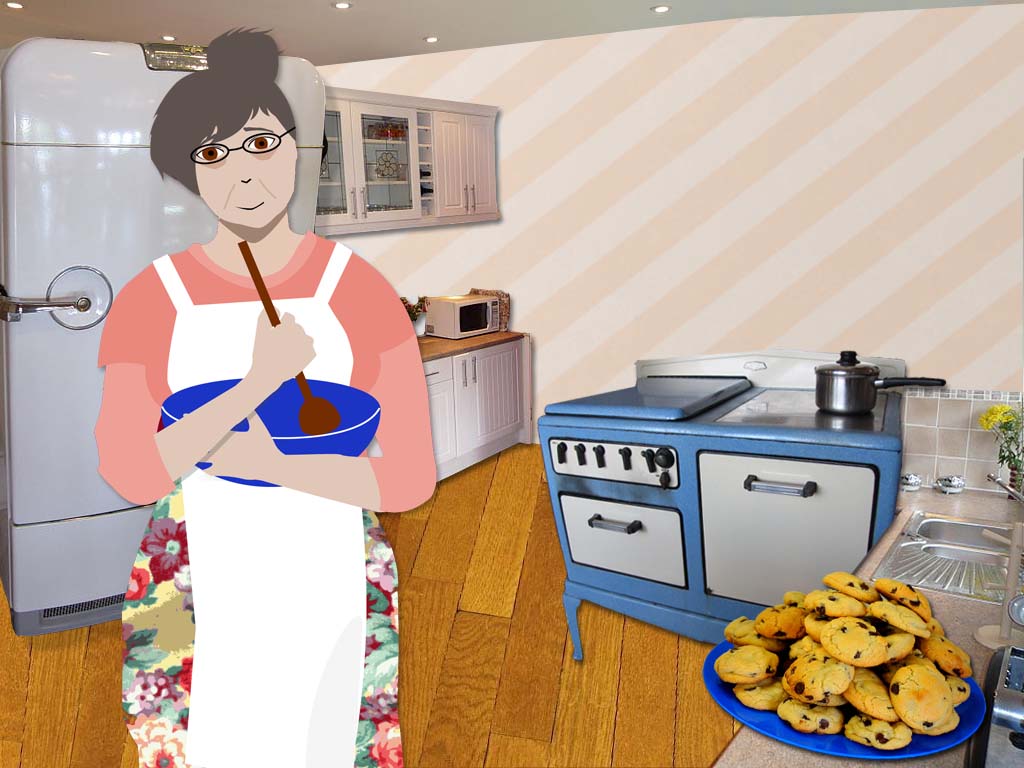 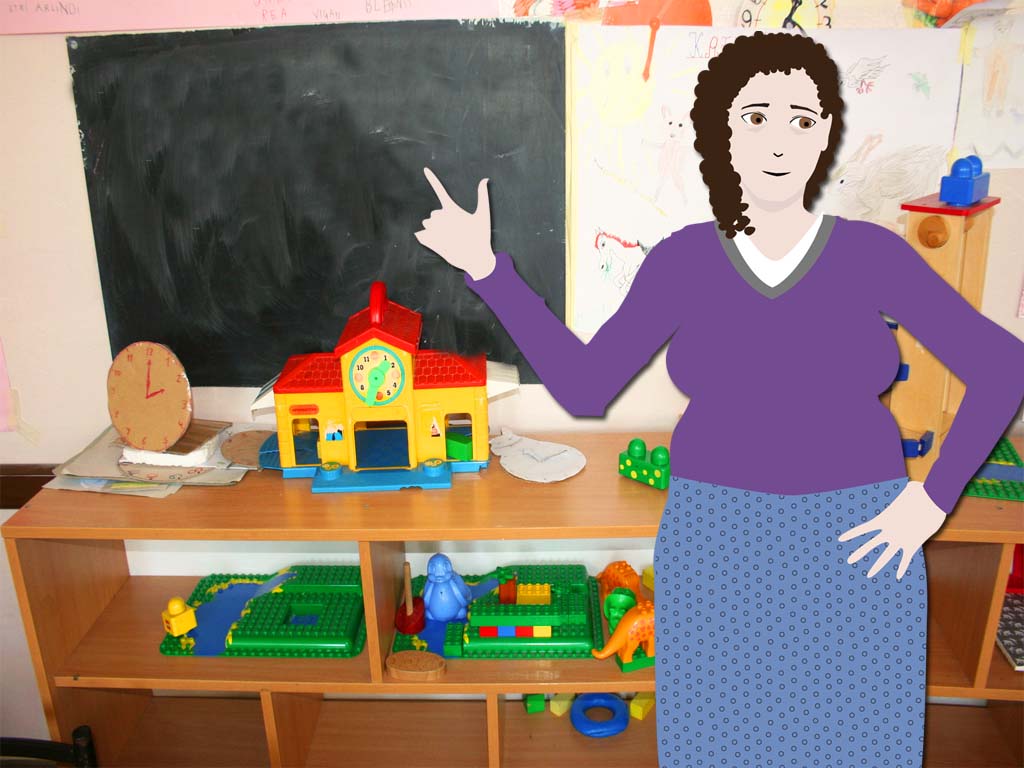 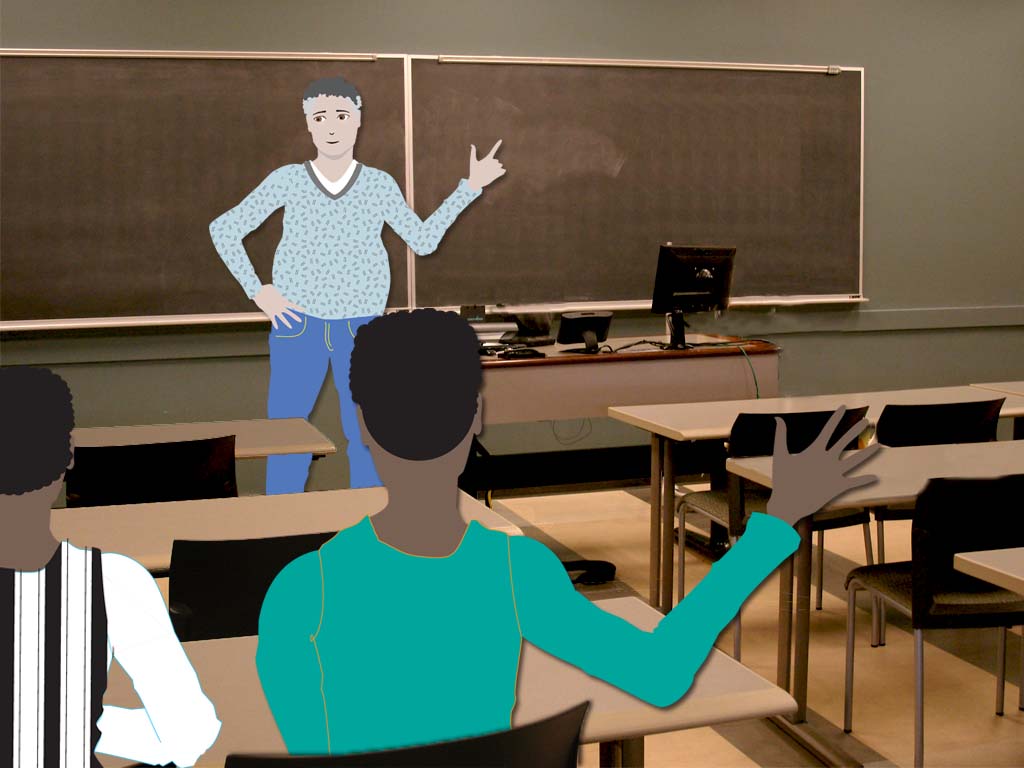 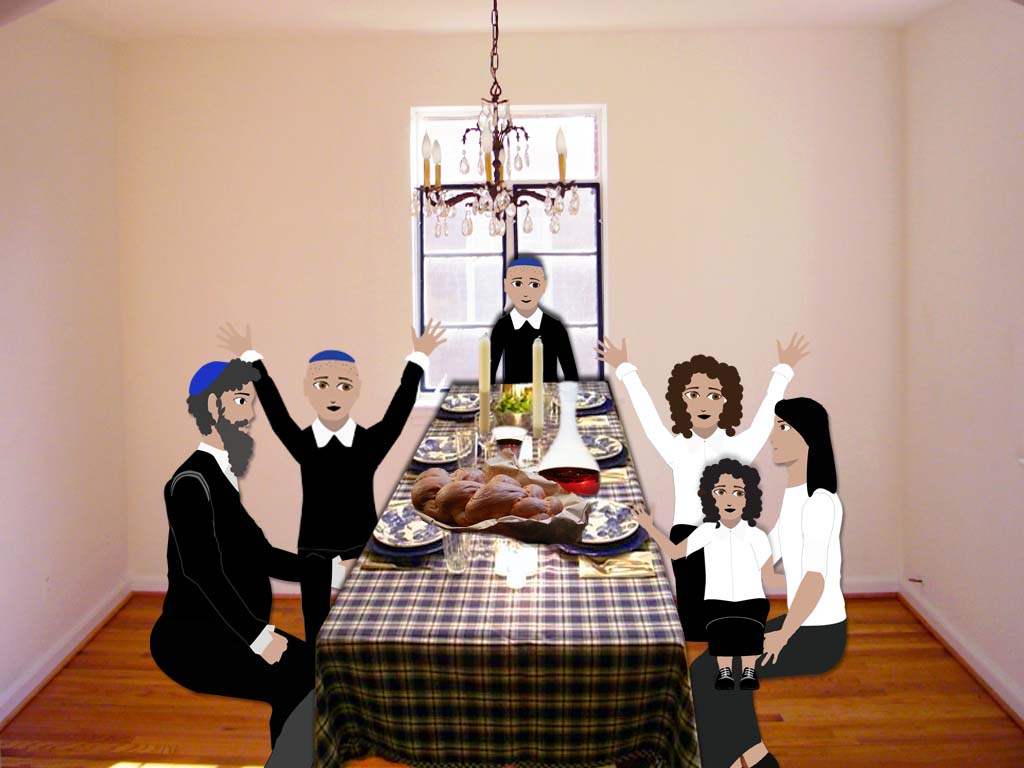 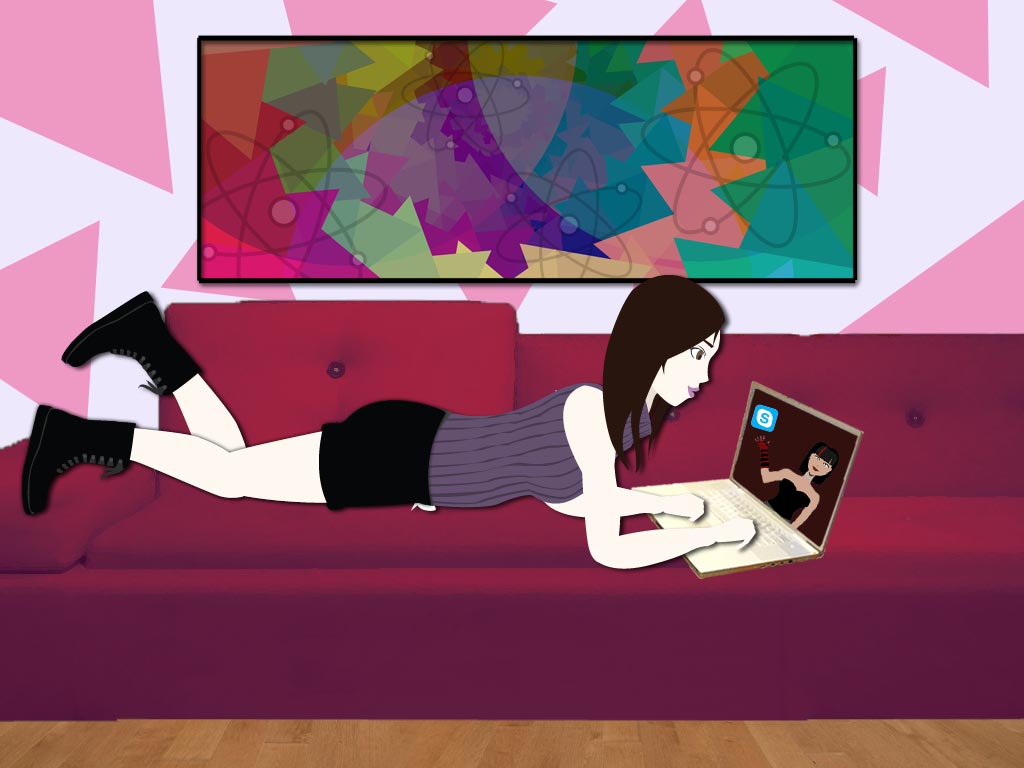 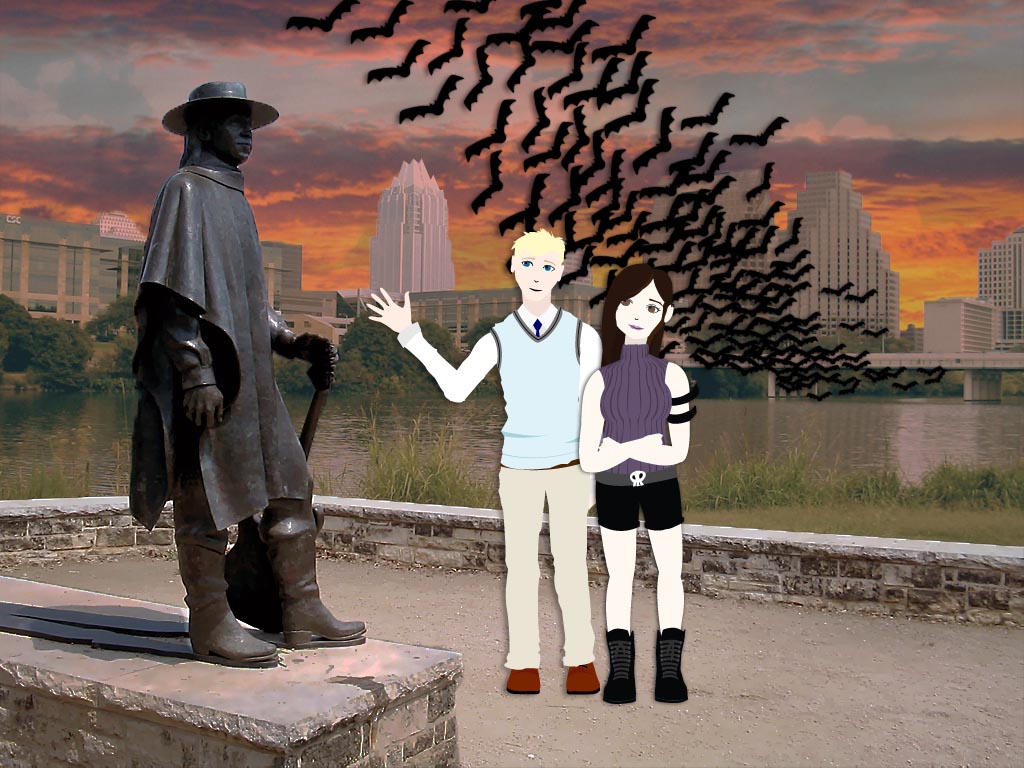 Today I made all the primary characters in the style of Alex’s original characters and only have 2 babies and a couple of Ethiopian students to make.

I have begun assembling surrealistic/skewed perspective scenes. Both I have begun working on will require more tweaking to fit in with the dreamy feel of the other scenes. 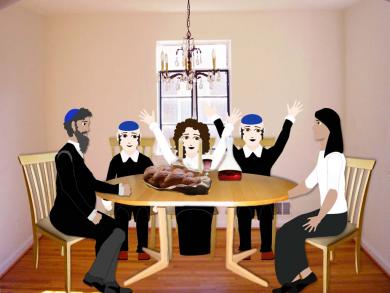 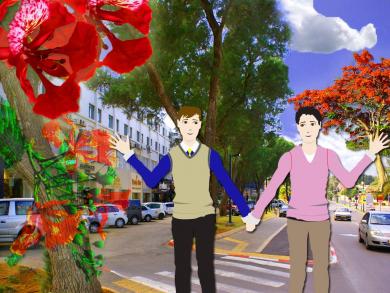 Uncle & Aunt who are both teachers: 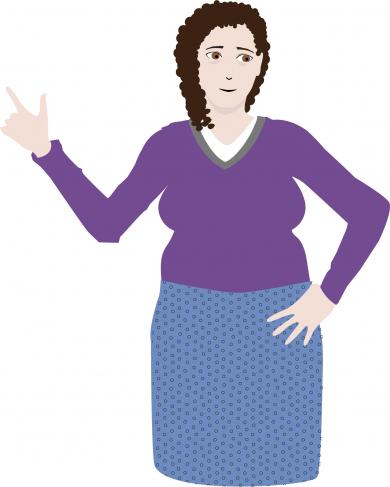 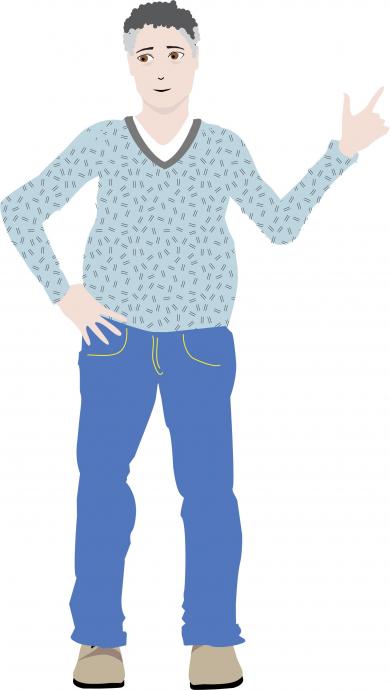 Today I continued to work with story scenes. I selected basic backgrounds and started color correcting and building them. In order to stay true to original artist’s visual style, I modified premade charcters to have an Orthodox family appearance. The mother will have a child on her knees and the family will be singing. I slightly modified the grandmother mock up to be actively making food in a mixing bowl.

I still need to create children for the Orthodox family, the Uncle and his partner, and several Ethiopian students. These scenes are still in progress, but I expect to be close to the completion of the project by the end of next week, only needing final touches 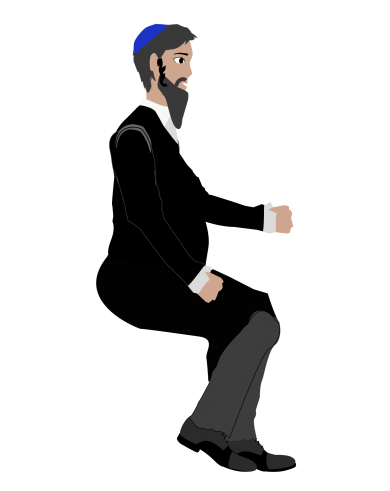 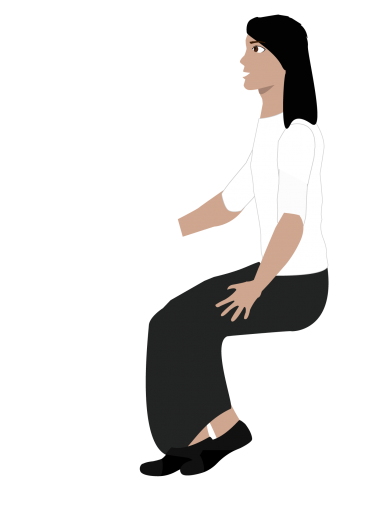 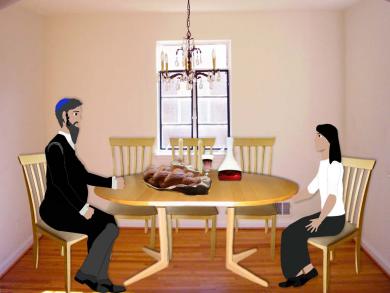 Scene 7 With new sky added. Native flowers will be added to this in areas where the layers are difficult to blend, and the Uncle and his partner walking down the street holding hands. 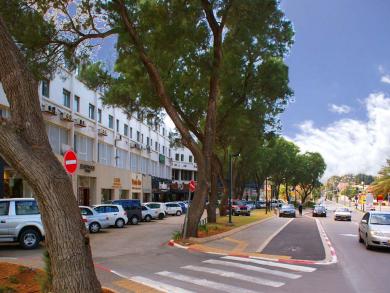 Scene 11 will include more images related to English language and also Ethiopia. 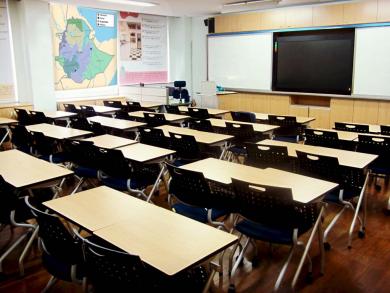 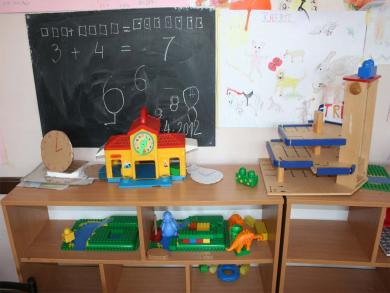 Today I took over the Yours Truly project for Alexandra. I created a story board to organize my work and did a minor character and scene redesign on scene 8. 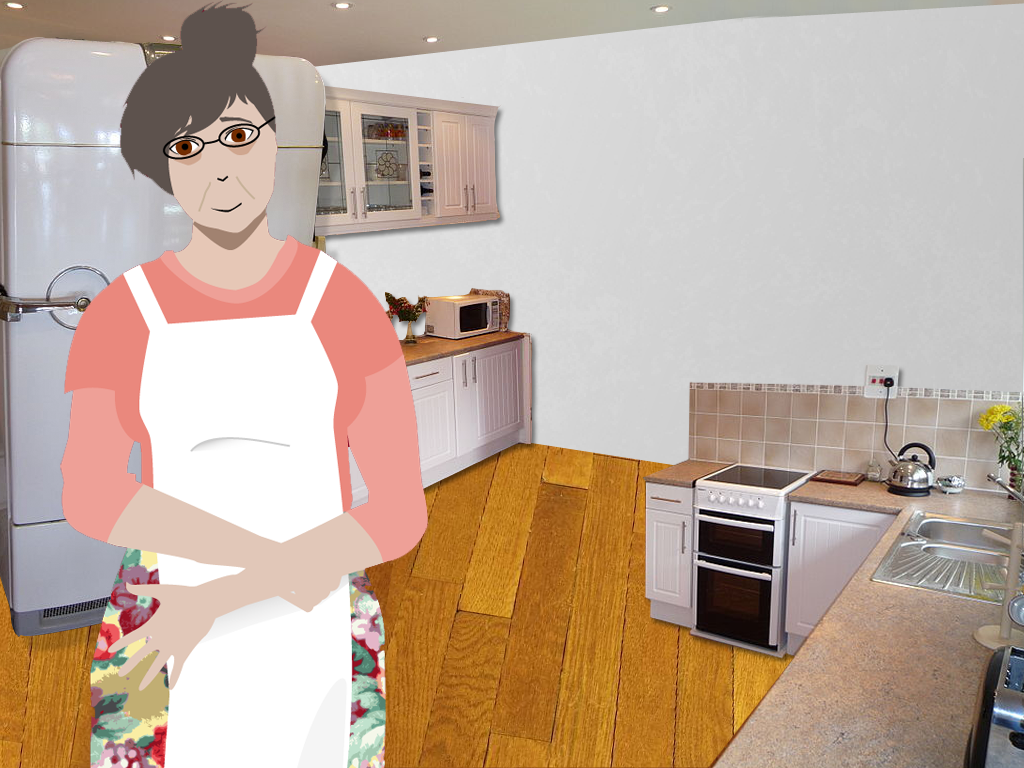