This week I’m continuing to work on Vlabs updates, and so far I’ve finished 12 interactives (some are still pending approval though). Each update goes through 2 rounds of approval first by another STA, then by the professor, who sometimes comes back with additional corrections. These have been going pretty smoothly, except sometimes if you do too many in a row your brain starts to melt, lol.

Here’s the spreadsheet we’re using to track progress, the yellow notes are from the professor: 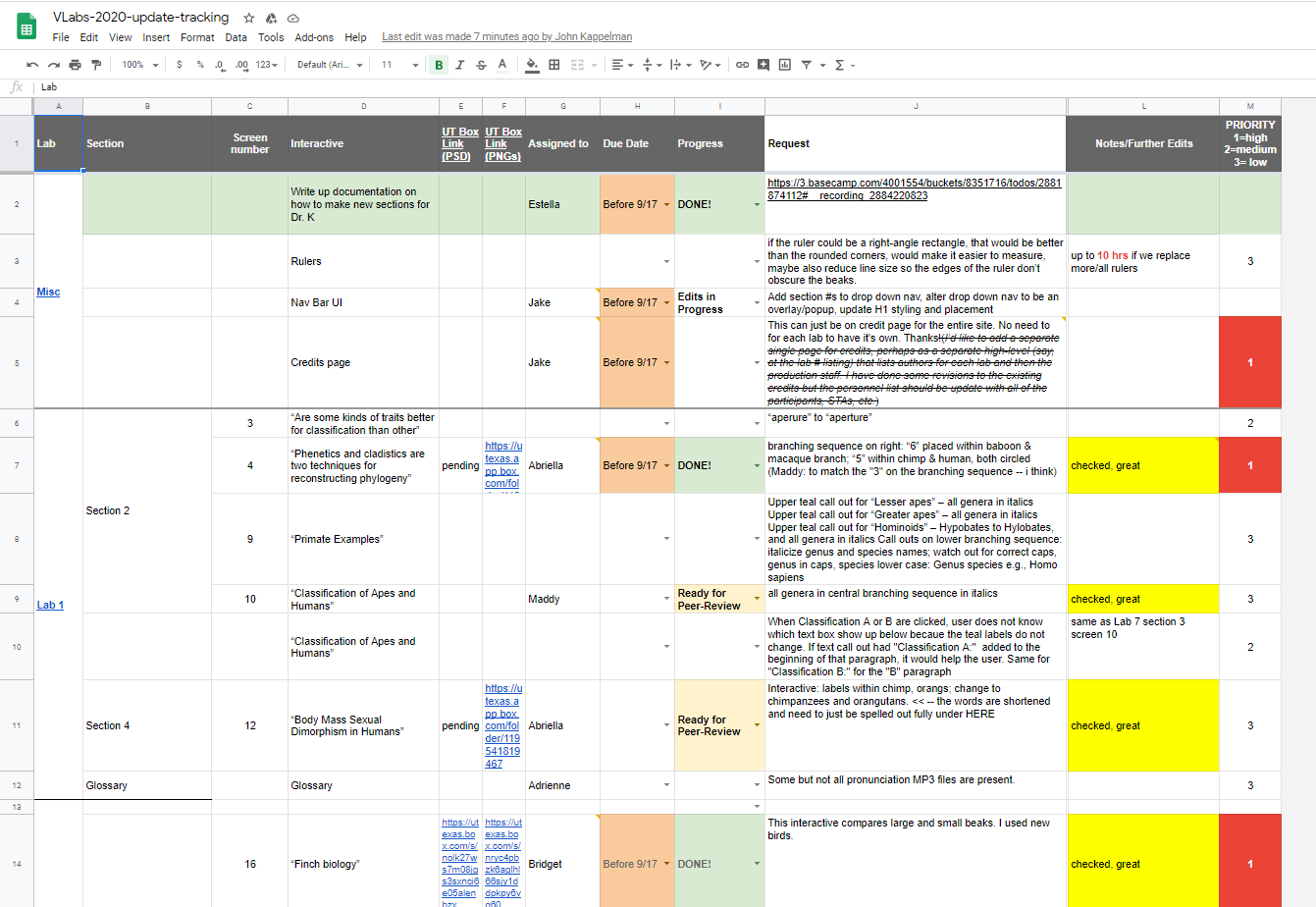 Canvasser Tutorial for the KB

I’m also collaborating with Abriella to start to drafting out a Canvasser tutorial that’s going to become a basic training on the Knowledge Base. It’s still in the early stages, but hopefully we will have it finished in the next week or couple weeks.

In the past we’ve only had Canvasser tutorials that are specific to projects like Vlabs and Texas Beyond History, so this basic training is going to be more of a general introduction to Canvasser. In the training, STAs will design and build their own interactive game, which I think will be really fun and also a great way to learn how Canvasser works and the possible elements and effects that you can use. 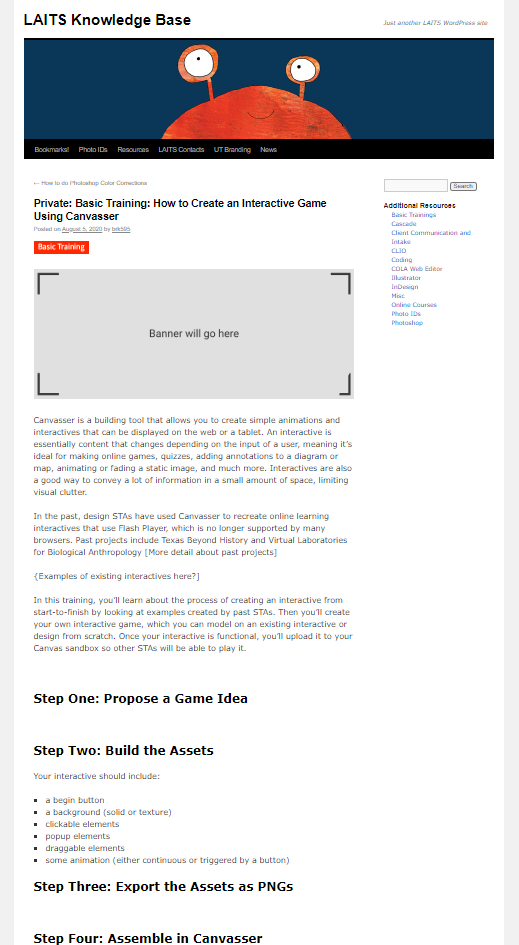